Russian combat aircraft in Syria launched surgical strikes, the U.S. was informed in advance about the limits of military operations in the city of Deir ez-Zor, said on Sunday the official representative of the defense Ministry major-General Igor Konashenkov.

Against the background of problems with the storm itself Raqqa and high losses SDF in an attempt to break the defense of militants in urban areas (which in General follows the problems faced by the Iraqi army during the storming of Mosul), the Americans in the last month significantly increased its military presence in Northern Syria -this applies both to the modernization of the existing network databases (as a full-fledged, and various logistical units designed for military interaction with SDF/YPG) and the supply of additional batch of small arms, and various light armored vehicles and specialized engineering vehicles.

The U.S. has increased the number of military posts in the terrorist PKK/PYD-held Syrian territories to ten.

According to Anadolu Agency reporters, a U.S. military point has recently been established in PKK/PYD-held areas in northern Syria.

l-Masdar News has obtained rare images of an air field operated by US warplanes in the Sarrin Plains, located in the far eastern countryside of Aleppo near the provincial border with Raqqa.

On the one hand it is a common phenomenon, but in the current environment, when Turkey constantly spins the flywheel charges the Kurds of terrorism, this shooting and shelling on the border can be a handy excuse that would allow Turkey to finally justify the invasion of Afrin. Social.networks already walking called “the Sword of the Euphrates”, as a possible name of the operation the Turkish army by analogy with the operations of Dzharablus and al-Baba, who was called “the Shield of the Euphrates”. Various sources note the high concentration of Turkish troops and Turkish-controlled fighters vs Afrin.

Turkey has informed Russia on the possibility of a new military operation in Syria.

Nine phone conversations have been conducted between the General Staffs of Turkey and Russia over the past 10 days regarding the start of a new military operation in Syria, Turkish media outlets reported on June 29.

The Turkish military is about to launch an operation on Afrin to take the city from the YPG as the U.S. sticks to its statements saying its support for YPG is an essential although not preferred.

New reports regarding a massive Turkish Army build-up in northern Aleppo have emerged after military sources confirmed to local outlets that a large-scale offensive was brewing, aimed at driving the Syrian Democratic Forces (SDF) out of the Efrin region.

The Kurdish People’s Protection Units (YPG) and allied factions of the Syrian Democratic Forces (SDF) have brought military reinforcements to the northern countryside of Aleppo province to impede the Turkish progress towards Afrin district, military sources reported on Wednesday.

Their meeting comes ahead of a NATO Defence Ministers meeting on Thursday.

In the evening, reports appeared (mostly on pro-Turkish resources) that Russia allegedly relinquished military police forces from Afrin in those areas where the invasion of the Turkish army and the militants controlled by it can be started, and in the canton there are supposedly only 14 personnel.

According to other sources, including and in Afrin, the Russian contingent is still in Kafr Jana. No Official confirmations or denials of this yet. Over Afrin a Russian spy plane has been seen.

What lies ahead? For some time, Turkey has been moving troops and weapons to Kilis, which is located just north of Azaz-Mare – which is east of the YPG-controlled area of Afrin. Meanwhile, Idlib, where Turks and Russians are planning to enforce the de-conflicting zone, is south of Afrin. In other words, Turkey will have to prevent YPG attacks against Azaz-Mare and protect its troops stationed in Idlib by pacifying the YPG elements in Afrin. It remains to be seen whether the military build-up in Kilis is limited to the de-conflicting zone in Idlib or part of a broader plan involving Afrin.

For the SAA, with the occupation of Resafa there are interesting opportunities associated with promotion to the Euphrates, and in terms of the deployment of offensive on Deir-ez-Zor.

Conduct – Deputy head of main operational Department of the General staff Colonel-General rudskoy and the commander of the Russian group in Syria, Colonel-General Surovikin.

8 June advanced units of the SAA came in contact with the current SDF troops to the West of the Tabqa. The long anticipated meeting on the Euphrates took place.
Of course, not without various minor clashes and shooting, but in General, the process of establishing contact passed without much aggravation, although healthy competition to occupy the Caliphate’s territory was present.

Then, the SDF vowed that it will not accept any corridor between Iran and ‘the Syrian regime’ and will oppose any PMU attempt to enter the Syrian territory, Al Ghad Press reported citing a source among the SDF leadership.

If confirmed, it will be another step in the ongoing escalation in the PMU-SDF relations as well as deterioration of the shaky relations between the US-backed force and the Syrian government.

The advance detachments of the SAA have actually come very close to the outskirts of Maskanah. At the same time, the line of militant detachments, which signify the front line to the south of the city, is quite vigorously being pushed back. In fact, the front itself is no longer there – the militants continue to retreat to the east, resting in separate settlements, but with a similar level of resistance, the SAA is coping well. Maskanah is essentially the last major city in the province where the Caliphate will be able to provide less or less organized resistance, and further down to the American enclave near Tabqa, the terrain as a whole favors the offensive of Syrian mechanized formations that are supported by the Russian Air Force and the Syrian Air Force.

On Friday at Raqqa was killed a 22-year-old Solider from the 75th Ranger battalion of the U.S. army, Etienne Murphy.

Moreover, there are discrepancies about the causes of death according to one version, he crashed the SUV, on the other – died during the battle with militants of the Caliphate.

It is worth noting that for a 22 years old he had quite a large number of medals and awards.

For the second year, the United States has denied a controversial Kurdish leader a visa to speak at an event at the presitigious National Press Club in Washington, D.C.

“The visa, it was actually refused,” Salih Muslim said in a video.

The Syrian Arab Army’s (SAA) recent advances in the southern countryside of Syria has led them to recover a large portion of territory that has been out of their control for over three years. 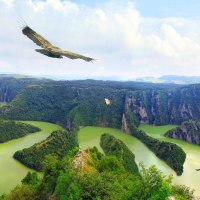 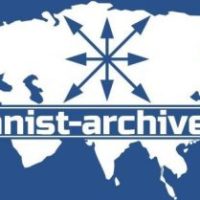