The issue of troops in Idlib will be voted in the Turkish Parliament today, after which the Turkish army will start operations in the border area to oust “Al-Nusra”.

Work continues on the transfer of Turkish armored vehicles to the Turkish-Syrian border, where Turkey shares a border with Idlib.

Apparently they are really preparing the deployment of Turkish troops in the Western districts of Idlib to take control of the border and remove “Al-Nusra”.

After the capture of the capital of the province of Idlib, it was only a matter of time before “Al-Nusra” and those joined to the group will strike at the SAA. The day before yesterday they began to test the defenses of the SAA to the West of Aleppo, in front of Zahraa quarter.

The removal of “irreconcilable” militants from the Lebanese-Syrian border to Idlib.

In the evening, reports appeared (mostly on pro-Turkish resources) that Russia allegedly relinquished military police forces from Afrin in those areas where the invasion of the Turkish army and the militants controlled by it can be started, and in the canton there are supposedly only 14 personnel.

According to other sources, including and in Afrin, the Russian contingent is still in Kafr Jana. No Official confirmations or denials of this yet. Over Afrin a Russian spy plane has been seen.

May definitely continues to make a good news from the Syrian front. Yesterday was liberated airbase Jirah. Today, the SAA took the district Qaboun in Damascus after extremely bloody, multi-week battles. In recent weeks, the position of the rebels became absolutely unbearable, so they were forced to agree to a standard scheme, with the export of those surviving to Idlib. Thus another enclave in the heart of Damascus abolished, and Assad continuing to adhere to “national reconciliation strategy”, continues busily to expand the controlled territory. 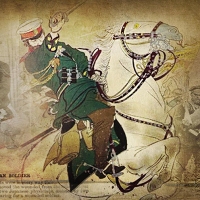