Syrian sources reported that Syrian troops (the”Tigers” and the Republican guards) coming from the 137th military base and “Panorama” deblocked air base severed from the main territory of the enclave in January 2017 http://colonelcassad.livejournal.com/3187239.html.

Promotion has occurred through the destruction of a cemetery located between the air base and “Panorama”.

The breakthrough of the blockade and the resumption of full operation of the aerodrome in the medium term, gives the SAA additional opportunities for operations in Eastern Syria, as an opportunity to fully air supply through the airbase of Deir ez-Zor, may accelerate the deployment of reinforcements for the development of operations for the full liberation of the city and subsequent operations against Madina and Abu Kemal.

The United States is clearly in a hurry, as the Caliphate collapses ahead of schedule, so after convulsive attempts to accumulate another group in the al-Shadadi today with what is, launched an attack South to seize the oil fields to the North of the Euphrates. The group is a mixed hodgepodge of parts SDF/YPG is not employed at Raqqa, separate groups of PAS (including those brought in from southern Syria, where they were deployed near the Syrian-Jordanian border), as well as parts of U.S. special forces. 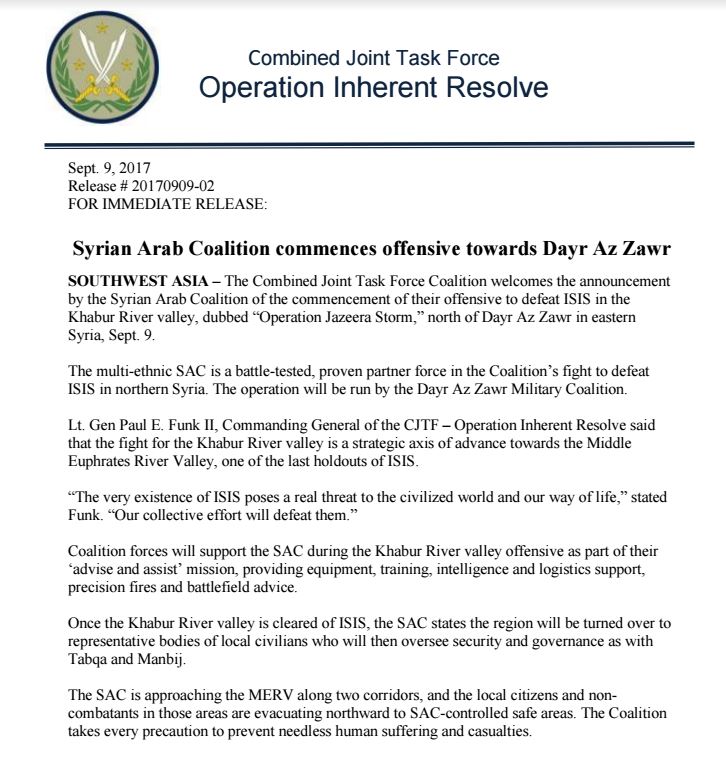 Several units of light infantry on trucks will try to take key oil installations in the Northern part of the province of Deir ez-Zor, as well as to prevent possible spread of the influence of the SAA to the North from the Euphrates to reach agreement on the post-war settlement. It is obvious that if not for the rapid advancement of the SAA to Deir-ez-Zor, “fighters with terrorism” for such haste would not show, but the view of crossing equipment, which are closer to Deir-ez-Zor, was forced to hurry. 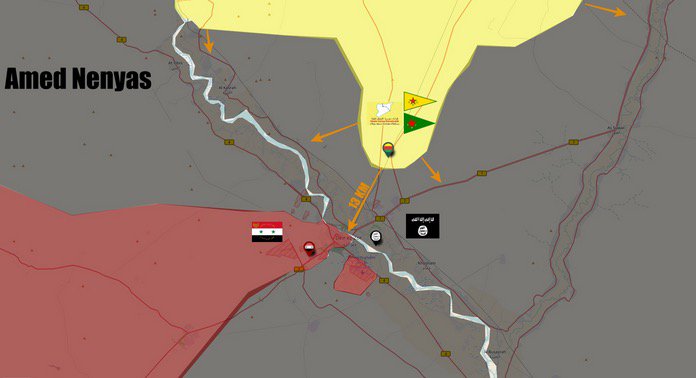 As it is obvious that Assad is from these fields of course will not refuse, in the absence of progress in the solution of the Kurdish question and determine the place of the Kurds in post-war Syria, these zones could potentially be sources of hostilities, although it may be limited to only isolated incidents such as those that took place in the area of Resafa. Much will depend on the fate of a referendum on Iraqi Kurdistan, which may define a context relationship to the Kurdish problem in Iran, Iraq, Syria and Turkey. In the photo, the Russian military in Deir ez-Zor.