Military sources confirmed to Muraselon website that the Syrian air-defenses have intercepted unidentified targets above the western countryside of Damascus, downing a battle drone near Beit Jenn.

The Syrian Army troops and Resistance Forces that made fresh gains against ISIS in Southeastern Homs are inching closer to a strategic region called the Triangle of Palmyra-Baghdad-Damascus, local sources said on Friday.

The Iraqi army and security forces in recent weeks, gave up trying to RAM the defense of these neighborhoods from the South that led to large losses, and methodically took the blocks to the North of the old town near the river, gradually narrowing the encirclement. Now comes the hard part – the Stripping of the old town, which promises to be very bloody, given the fact that the militants are not willing to give up.

May definitely continues to make a good news from the Syrian front. Yesterday was liberated airbase Jirah. Today, the SAA took the district Qaboun in Damascus after extremely bloody, multi-week battles. In recent weeks, the position of the rebels became absolutely unbearable, so they were forced to agree to a standard scheme, with the export of those surviving to Idlib. Thus another enclave in the heart of Damascus abolished, and Assad continuing to adhere to “national reconciliation strategy”, continues busily to expand the controlled territory.

It is obvious that preparations are underway for hostilities against the Caliphate (the regrouping of troops and creation of strike groups requires a certain time), which we will see in the second half of may-early June. As the primary tasks is to sweep the area of the base of the Giro and promotion along the banks of the Euphrates to the administrative borders of Raqqa province + creation of prerequisites for the development of the offensive from the area Itree. Simultaneously, we can expect offensive operations to the North and South of the highway Ties – Palmyra, as well as the mounting of the strike group in the area of the Palmyra, for the ambitious offensive operations in the direction of Deir ez-Zor.

In Syria in the militant attack on the military garrison of government troops killed a Russian military adviser to Sergei Burgundy. This was announced by the defense Ministry.

As told in Department, he was part of a group of Russian military advisers and carried out tasks for the preparation of one of the units of the Syrian forces.
“During the attack the militants, a Russian officer organized actions of Syrian troops, not allowing a breakthrough of terrorists in the residential town of”, — noted in the defense Ministry.

Of course, the propaganda of the militants and the Western media screaming about the “humanitarian crisis” as if it is not the militants have threatened the water supply of Damascus. As in the case of Aleppo, the emphasis in the propaganda done on the effects of the bombing and the representation of the local militants of “moderate opposition”, when in fact the majority of militants in Wadi Barada are the militants “Al-Nusra”, which the Western press actually protects. 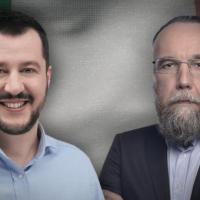