An official from the Kurdistan Regional Government’s (KRG) Ministry of Peshmerga on Saturday revealed the US would continue its support for Peshmerga forces this year.

During a press conference in Sulaimani, the Secretary General of the Peshmerga Ministry Jabar Yawar said the US would arm two Peshmerga brigades in 2017 and Canada would arm another unit.

The Prime Minister of Iraq said that it reached an important agreement with Turkey, whereby Turkey agreed to withdraw its troops from Iraq in the Mosul area and “to respect the territorial integrity of Iraq.” The Iraqi government, according to Kurdish sources promised to limit the influence of the PKK on Iraqi territory, although it’s going to do it, it is not clear how the PKK operates mainly in the territories controlled by the Peshmerga.

After the failure of the December attempt to storm al-Bab and the departure of the Turkish troops in position to the West of the city, the fighting here took positional character. The Turks are engaged in the accumulation of forces, continuing to throw from Turkey additional forces of infantry and armored vehicles, as well as groups of fighters from Idlib, to replenish suffered serious losses in December, groups of “Ahrar al-sham” and the Syrian Free Army. Turkish aircraft and artillery intensively work on the defensive positions of the Caliphate. According to Turkish sources, the Turks help from Russian air forces, and officially this assistance the defense Ministry confirmed.

An interesting collection of photos of French special forces fighting in Iraq. The photo below shows the French subsidiary acting in conjunction with Iraqi army and Peshmerga in the Kirkuk area and to the North of Mosul.

As a result, the operation to take Mosul swiftly, when it quickly ripped open the defense of the Caliphate and connected in the center of Mosul, turned into something unintelligible, which only develops at the expense of the overwhelming superiority in men and materiel, with heavy losses and without any operational victories. For more than a month of fighting, the Caliphate lost about 2100-2300 killed and wounded, the loss of the coalition reach 4500-4700 killed and wounded (among whom, there are several dozen NATO soldiers). According to the them, the Caliphate lost up to 12 tanks, 25 armored combat vehicles and about 60 trucks.

The Golden Division reached one more sector of eastern Mosul, but was mostly trying to clear what it already gained. Zuhur was the newest neighborhood breached by the elite division. Otherwise the unit was trying to consolidate its areas, which have seen constant fighting since the city was reached on October 31.

The Hashd were still trying to encircle Tal Afar to the west. In the process it freed five new villages. When the forces do reach the town, it is likely to set off another round of threats from Turkey that has warned that it does not want the Hashd to take the village. 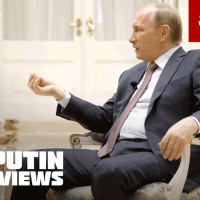