Thus, as before, it is possible to diagnose the simple fact that the United States are unable (or unwilling) to exercise full control over those groups, to which they always commit themselves.

In stark contrast with Turkey, which more effectively affects even the most uporotyh, with the result that on the fronts of Idlib, Latakia and Aleppo in the North is relatively quiet and problems with the implementation of the Turkish commitments much less. But Americans have traditionally arrangements for the next trick. It is noteworthy that before the release of this statement, radical jihadists, there was interesting material http://www.moonofalabama.org/2017/07/syria-summary-the-trump-putin-agreement.html where alluding to the fact that the Pentagon could not accept a series of their failures in Syria and could subterawatt U.S.-Russian agreement, hoping to realize the Kurdish factor in the interests of the US even given the fact that all the neighbors Rozhava against such plans.

But that does not prevent Washington’s rude enough to offer Russia to “return to her her own diplomatic property, if Russia will be able to ensure the fulfillment of transactions concluded in Hamburg.” In practice, however, Russia in General, in all three cases complied with its obligations, while the United States in the first case fulfilled only partially, and in the second case is not performed at all. And here is the third transaction was in jeopardy, again the fault of the US that are unable to fully ensure the implementation of commitments.If Washington something does not take for this reason, it is likely that soon may begin trying to find the pretext to shift the responsibility for the failure of another deal in Russia. And there to further degradation of relations in the neighborhood.Of course, we can assume that the claim of radicals inspired by those circles who do not want even a partial de-escalation in relations between Russia and the United States, therefore, purposefully working on the destruction of even situational transactions, which will entail the expulsion of American diplomats, renewed large-scale fighting in southern Syria and a further escalation in relations between the US and Iran. In this case, trump even if you strongly want, will hardly be able to stop the flywheel political-military escalation.

And one more thing. 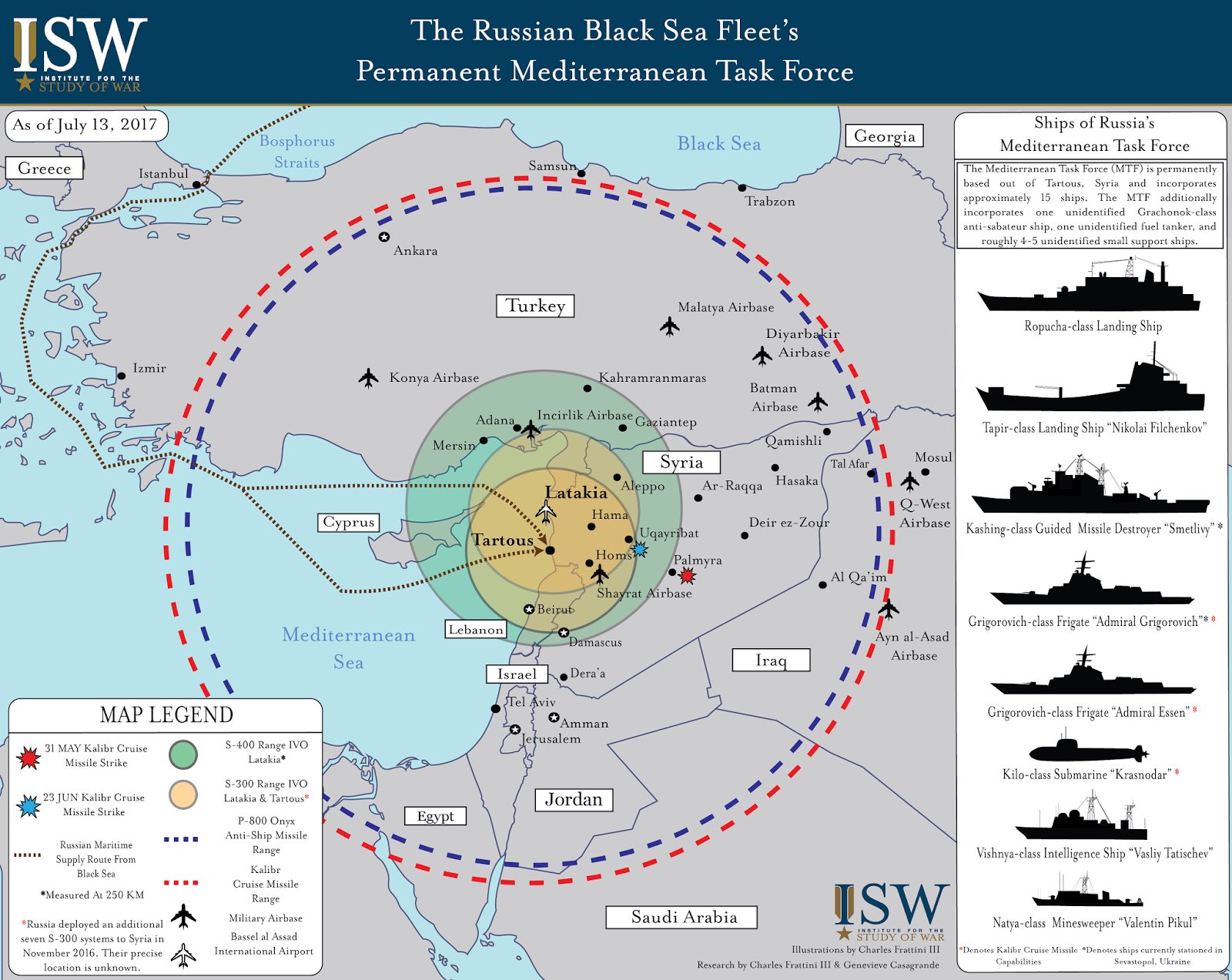 Syrian Express and coverage of Russian Air in the ISW. The next few days announced another missile firing – whether it’s air defense exercises or the regular launches of “Caliber”, is unclear.

Promotion in southern Syria according to the “southern Front”. The map rightly observed that “pot” in Sweida rather abstract due to the incompatibility of the existing forces there are huge spaces. 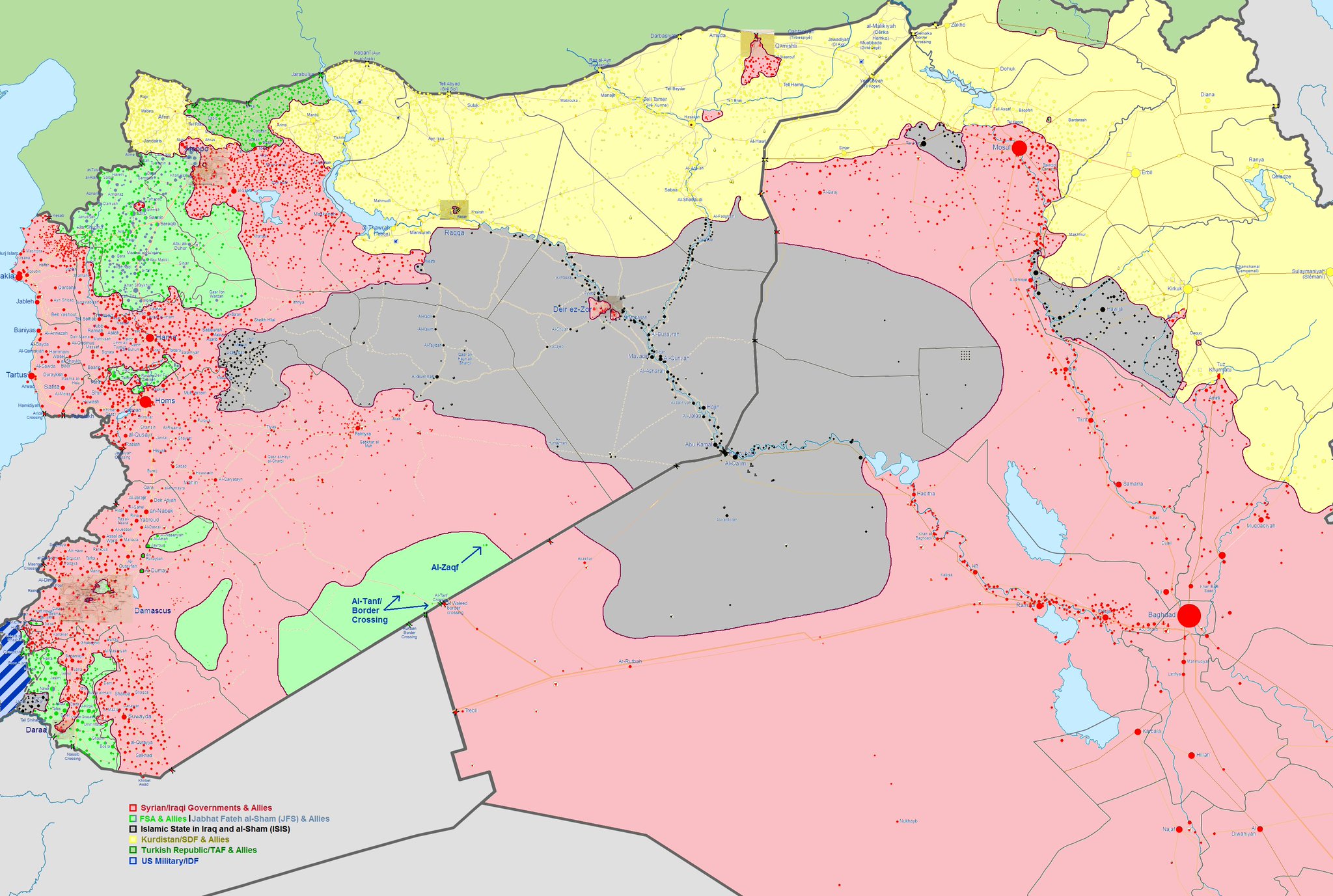 Remaining under the control of the Caliphate territory. “Black Empire” is pretty thin in size in recent months. 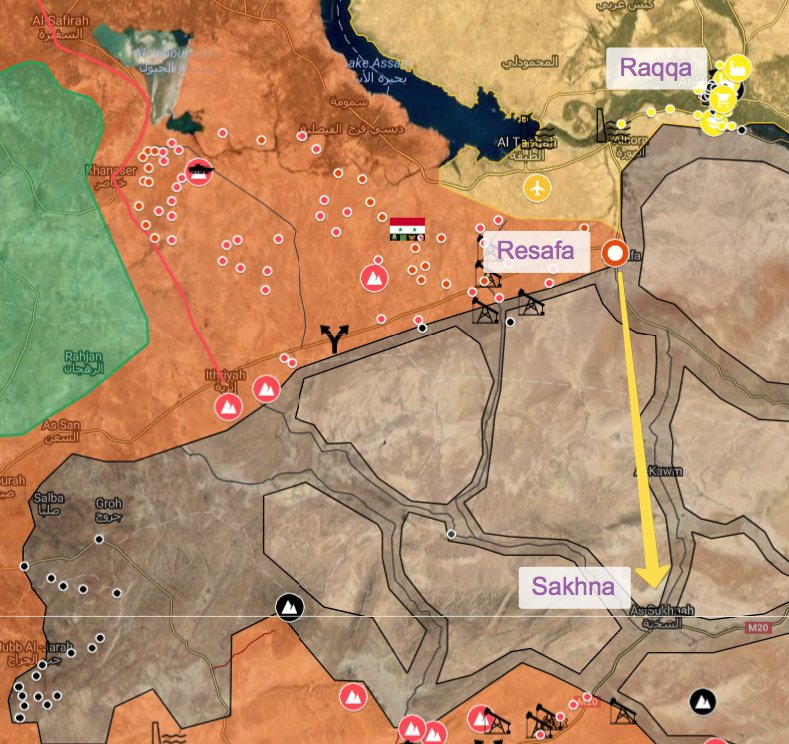 The scheme potentially strike from Resafa to the oasis Sukhna – about 65-70 miles across the desert directly, and then the whole group of the Caliphate operating in Eastern Hama and Eastern HOMS is cut off from the rest of the Caliphate. Promotion South of Resafa. While the attack developed along the road leaving South. As they reach the intersection to the South-East of Resafa will be clear, where will move the SAA – South to the oasis Sukhna or to the East to Deir-ez-Zor.