Video of the Russian Federation about carrying out a successful landing operation in the rear of the troops of the Caliphate.

Syria, government forces managed to organize and hold masterly operation on disembarkation of a tactical landing in the rear of the insurgents, followed by the defeat and capture of the settlement of El CDER (about 120 km West of the city of Deir ez-Zor).

The operation was carried out under the guidance of one of the most famous Syrian commanders – General Hassan Suhela. Direct participation in the preparation of the operation and management of the progress was taken by the Russian military advisers.

The departure of the landing group consisted of previously liberated from the ISIS airfield Managers in the Eastern part of the province of Aleppo.

The beginning of the airborne operation was preceded by effective fire damage items and equipment group ISIL in the area, carried out by rocket artillery of the Syrian army and Ka-52 helicopters from the Russian army aviation. With the help of night vision systems famous “Alligators” not only effectively guided and adjusted MLRS, but also destroyed armored vehicles and armed vehicles of terrorists.
The troops landed near settlements, Micman and Khirbet El-CDER in raqqa province, located 20 km from the front line.

After powerful fire strikes landed paratroopers, passing through a dry riverbed to n El CDER, seized a commanding height and stormed the village.

The Marines held the captured position until the main forces on the morning of August 12. Action tactical assault and efficiency caused by ISIS militants fire weapons allowed government forces to seize al-CDROM without loss. Demoralized and lost the combat capability of the terhttps://youtu.be/3CX8LWJL33Yrorists retreated from the area. Under the control of the Syrian army launched a total of about 60 sq km, three settlements, and two oil fields.

Plus another video of Sukhna after the main sweep.

Plus photos aboard Russian su-25 in the area of Resafa. 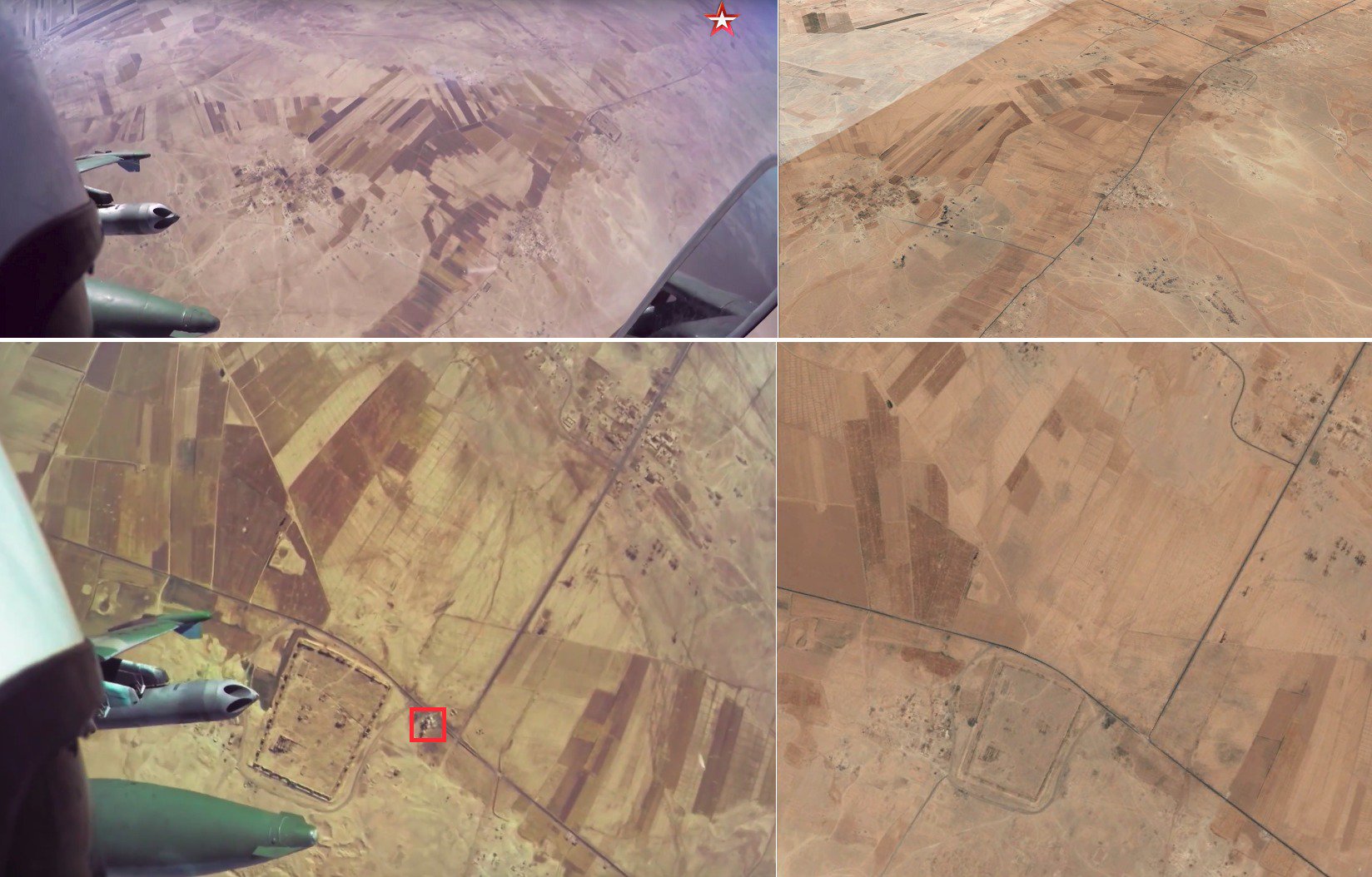