Another major military success of the SAA. The Syrian army, supported by parts “Hezbollah” and Russian air support, liberated a key town to the East of Palmyra, which for more than two years was under the control of the Caliphate.
Yesterday the enemy began to retreat from the city, but pockets of resistance continued to press in the evening and night. By mid-day August 6, Sukhna was fully released. The Emir who commanded the defense of Sukhna was killed in previous battles.

A key role in the release of Sukhna played actions of the mechanized group, which bypasses the city from the South, which forced the command of the militants to withdraw from the city, so they’re not were surrounded.

The remaining part of the Caliphate departed their Sukhna concentrated North of the Palmyra – Deir ez-Zor and apparently they will try to slow the onset of SAA active defense in the area adjacent to Sukhna oil fields. Heavy equipment at fighters almost gone – in fact, here they have a worn-out light infantry on carts. Without major reinforcements from Deir ez-Zor will be hard for them to solve the problems associated with stop the onset of the SAA, having both numerical and technical superiority. 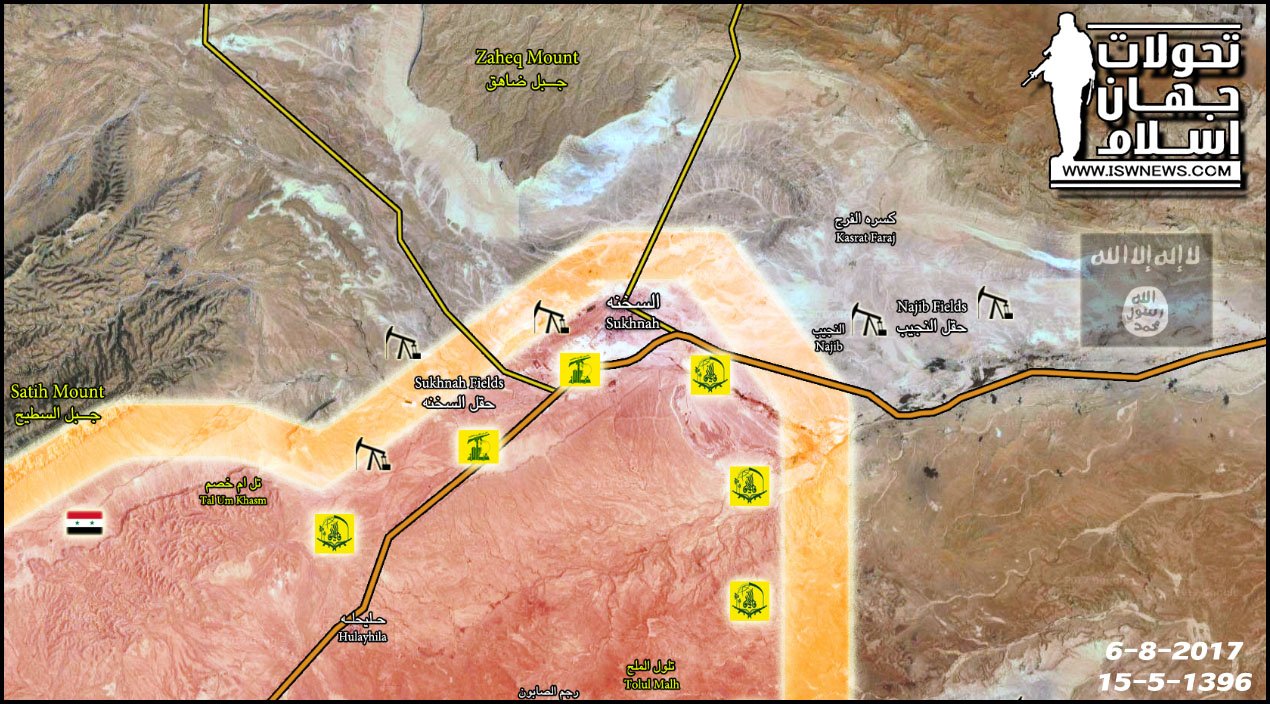 The release of Sukhna opens the possibility for immediate attack in the direction of Deir ez-Zor.Although there are alternative associated with the development of the offensive in the North of Sukhna order to connect with the SAA operating in the Eastern Raqqa, leading to the dismemberment of the remaining territories of the Caliphate in  Syria, resulting in the Caliphate troops in the Eastern Hama and Eastern HOMS denied the opportunity to get reinforcements from Iraq and the province of Deir ez-Zor,which in turn will facilitate the development of operations related to a full exemption from Central regions of the country (now just the process of concentration of mechanized and additional forces of artillery for a new attempt to break through the front of the militants in the direction of Akerbat).

From Suhni to Deir-ez-Zor left 110 kilometers in a straight line. Ahead is bare desert with a few towns and infrastructure, gas and oil production, where the militants will be difficult to withstand the mechanical parts of the SAA support aircraft and attack helicopters.