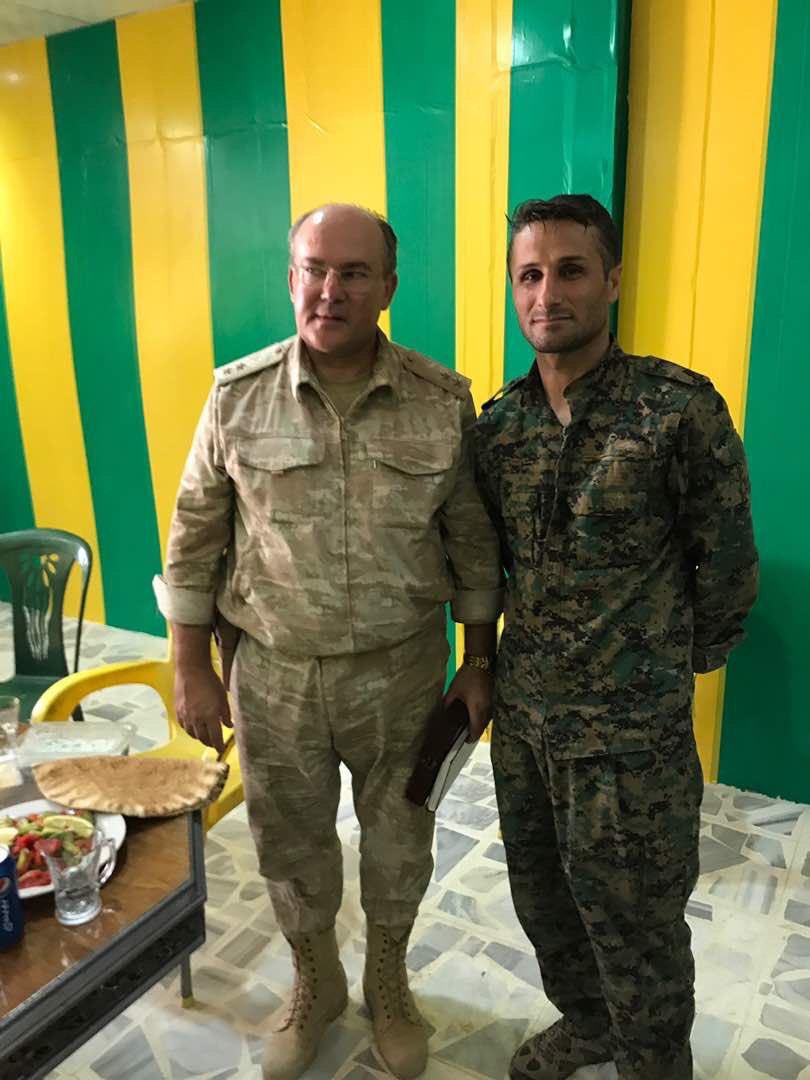 1. About Russian troops continue to come conflicting reports. On the one hand are reports that Russia took part of his forces in Aleppo. On the other hand, today there were reports that after the meeting representatives of the Russian military and representatives of the YPG https://sendika49.org/2017/06/afrin-hayalleri-kuran-akpye-kotu-haber-rus-ordusu-ypg-ile-anlasti/ in Afrin came a column of 160 military of various armored vehicles. In the latter case, it may mean that the arguments of Erdogan, who is holding consultations with Moscow and Tehran regarding the invasion of Afrin, in Moscow considered insufficient. On the other hand, Moscow may be advantageous to use Turkey as a potential threat to put pressure on the Kurds, forcing them to be more accommodating on the principle – it is better to negotiate with us and Assad, and not coming Erdogan and we will not disturb him. In General, in this matter there has been considerable uncertainty, which is complemented by periodic stuffing in the Turkish press on the subject of what Russia wants to deploy a full-fledged military base in Afrin. 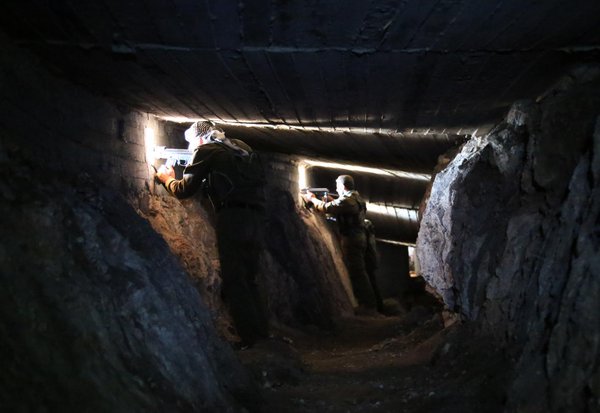 Underground fortifications in the mountains of Afrin.

2. Reported shelling on the border of Turkey and Afrin https://tr.sputniknews.com/turkiye/201706301029085346-turkiye-afrin-kirsali-ypg-mevzileriobus/ As usual under the pretext of fighting “terrorists PYD/YPG”, the Turks shelled Kurdish territory from 155-mm howitzers. On the one hand it is a common phenomenon, but in the current environment, when Turkey constantly spins the flywheel charges the Kurds of terrorism, this shooting and shelling on the border can be a handy excuse that would allow Turkey to finally justify the invasion of Afrin. Social.networks already walking called “the Sword of the Euphrates”, as a possible name of the operation the Turkish army by analogy with the operations of Dzharablus and al-Baba, who was called “the Shield of the Euphrates”. Various sources note the high concentration of Turkish troops and Turkish-controlled fighters vs Afrin.

3. USA finally more or less formulated his position on Afrin. The Kurds are terrorists do not believe the assault on Raqqa in priority, and on the subject of the Turkish invasion in Afrīn they don’t want to support a variety of speculation, but if something like that happens, the USA is ready to support SDF in raqqa and in “other areas” https://www.aydinlik.com.tr/turkiye/2017-haziran/abd-den-afrin-aciklamasi-kaygiliyiz. There is here due to Afrin or only the area Rojava, a Pentagon spokesman said. The United States also will continue to show the flag to the North of Manjib and Rozhava border with Turkey to deter Erdogan in case he gets in mind the idea of a direct invasion of Rojava. It is quite clear that the United States would like to avoid forcing the situation in this matter, as it is important to take Raqqa (today she was finally in an operational environment) and the actions of Erdogan that obviously interfere.