The truth is Washington’s imperialism and the hegemony of its petty family oil-rich dictatorship proxies in the PERSIAN Gulf are clearly in disarray. Indeed, this a wonderful development and geopolitical karma in action. It is a worldwide phenomenon and Washington and her allies’ discord will only increase with every move they make. Such is the price for an unsustainable, idiotic, and essentially diabolic foreign policy. No one will be mourning for them. More disintegration is to follow in the Washington-Riyadh-Tel Avis axis of evil. Stand by.

US President Donald Trump will give a major speech on the Islamic faith during his upcoming visit to Saudi Arabia, home to the religion’s holiest shrines, the White House said Tuesday.

“He will meet and have lunch with leaders of more than 50 Muslim countries, where he will deliver an inspiring, direct speech on the need to confront radical ideology and the president’s hopes for a peaceful vision of Islam,” National Security Advisor HR McMaster told reporters.

The destabilization of the Islamic world is the grand strategy of the US in order to eliminate any alternative poles to its hegemony. Russia, China, India, and the EU should be aware of this danger that is against multipolarity, and mediate between Sunnis and Shiites to avoid a civil war in the Islamic world while it is still in the preliminary stage. Muslim countries should seek dialogue and instead of using sectarian beliefs for their national interests, prefer peace and diplomacy to solve conflicts, focus on economic development to prevent poverty that feeds unrest among Muslims, democratize their political systems to represent different groups in their countries, and contribute to world civilization by interacting with other civilizations in terms of peace, diplomacy, economic, and cultural cooperation.

Remember that the English agent John Philby was the chief counsellor of King Ibn Saud, the usurper of the custody of the Holy Places, who made of the Wahhabist heresy the official ideology of Saudi Arabia. The Wahhabist kingdom, historical ally of Anglo-American imperialists, has generously financed and supported the Islamist groups. Now these groups have found another Wahhabist cashier, the Qatari Emir; housing Aljazeera and the regional seat of US Central Headquarters, Al-Thani is trying to adopt a role of leader in the Arab world and has become the main competitor of Saudi Arabia in the pro-American coalition. This way, who pays for the musicians, decides the music, which is after all an American music.

Indonesia is home to hundreds of ethnic groups, but is based on the Malays. Malay culture is a different story. They’re not like anyone – neither the Indians nor the Chinese or the peoples of Oceania, the Polynesians or Papuans. In principle, we are dealing with a distinctive civilization, concealed at first under cover of Hinduism, then of Islamization, then European colonization, and in the 20th century under the guise of modernization – at first strictly nationalist under President Sukarno and his successor Suharto, and today is liberal – since the presidency of Susilo Bambang Yudhoyono and up to date with Joko Widodo and Jusuf Kalla. But whatever form or take Indonesia, she is Malay. If we want to understand it, we must first understand Malay identity. 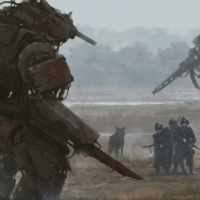