Continuing the theme about the revelation of Erdogan and the USA https://colonelcassad.livejournal.com/3695756.html

As I wrote 5 days ago https://colonelcassad.livejournal.com/3686771.html the issue of the deployment of Turkish troops in Idlib quite clearly is on the agenda.

Erdogan last night in an interview with Reuters https://www.reuters.com/article/us-turkey-usa-erdogan-exlusive/exclusive-turkey-to-deploy-troops-inside-syrias-idlib-erdogan-idUSKCN1BW2PT said that the question of sending Turkish troops into Syria in Idlib province has already been agreed with Russia that in principle it was obvious after the beginning of the concentration of Turkish troops in the district of Hatay immediately after the signing of the next document in Astana. According to Erdogan, Turkey will provide security inside Idlib (which includes cleaning of the “Al-Nusra” that prevent the truce by Pro-Turkish militants with the Syrian government), and Russia will provide the outer perimeter security (which is now reflected in the increased air strikes on the positions of militants in the South-East of Idlib). The question on the deployment of Turkish troops in Idlib has seen since August, as part of the negotiations of Turkey with Russia and Iran. 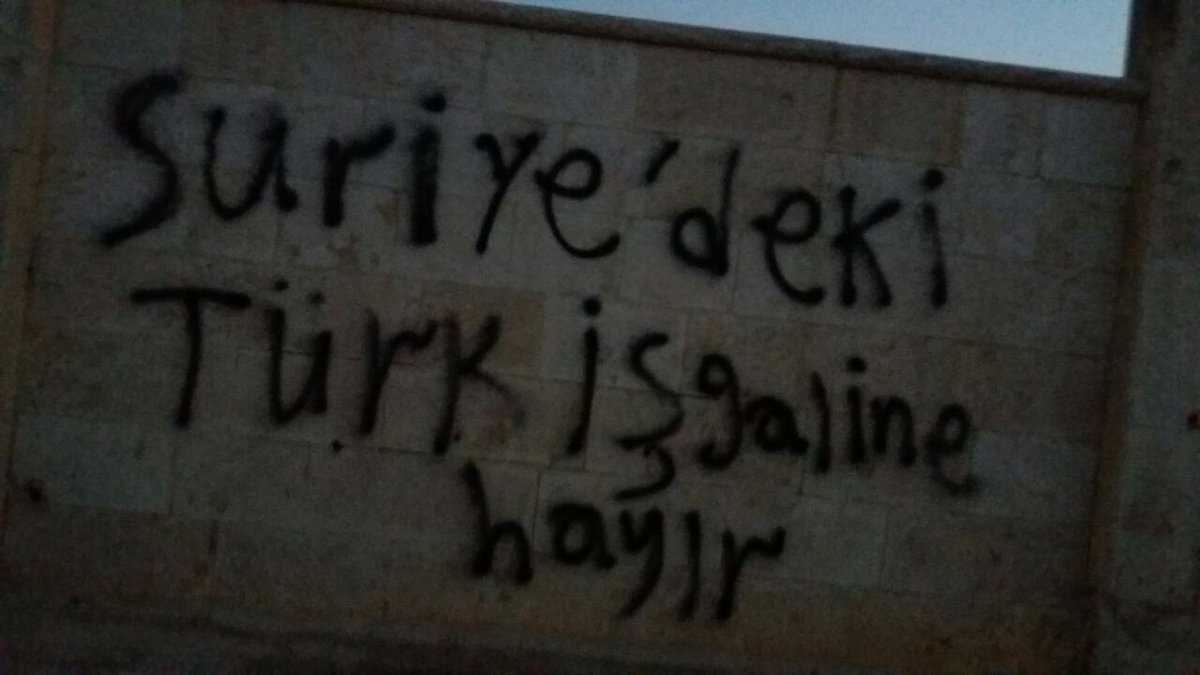 Anti-Turkish inscriptions in Idlib. The militants suspect something.

The agreement on de-escalation Turkey regards as a promising idea in which to achieve peace in Idlib (and simultaneously to remove the Saudi competitors, resulting in fighters in Idlib which are more or less controlled by the Turkish army and intelligence). Specific details of the development of the situation in Idlib, will be worked out after the meeting between Erdoğan and Putin in Ankara.

The issue of troops in Idlib will be voted in the Turkish Parliament today, after which the Turkish army will start operations in the border area to oust militants “Al-Nusra”.

For the last days to the border were moved several tens of heavy vehicles, including 10 tanks. 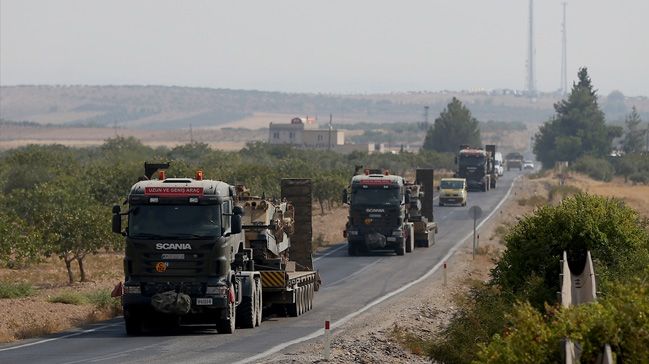 About the novelty of this picture, not sure, but for illustration let it be, as the M-60 is the backbone of the armored units that are scheduled to be in Idlib. 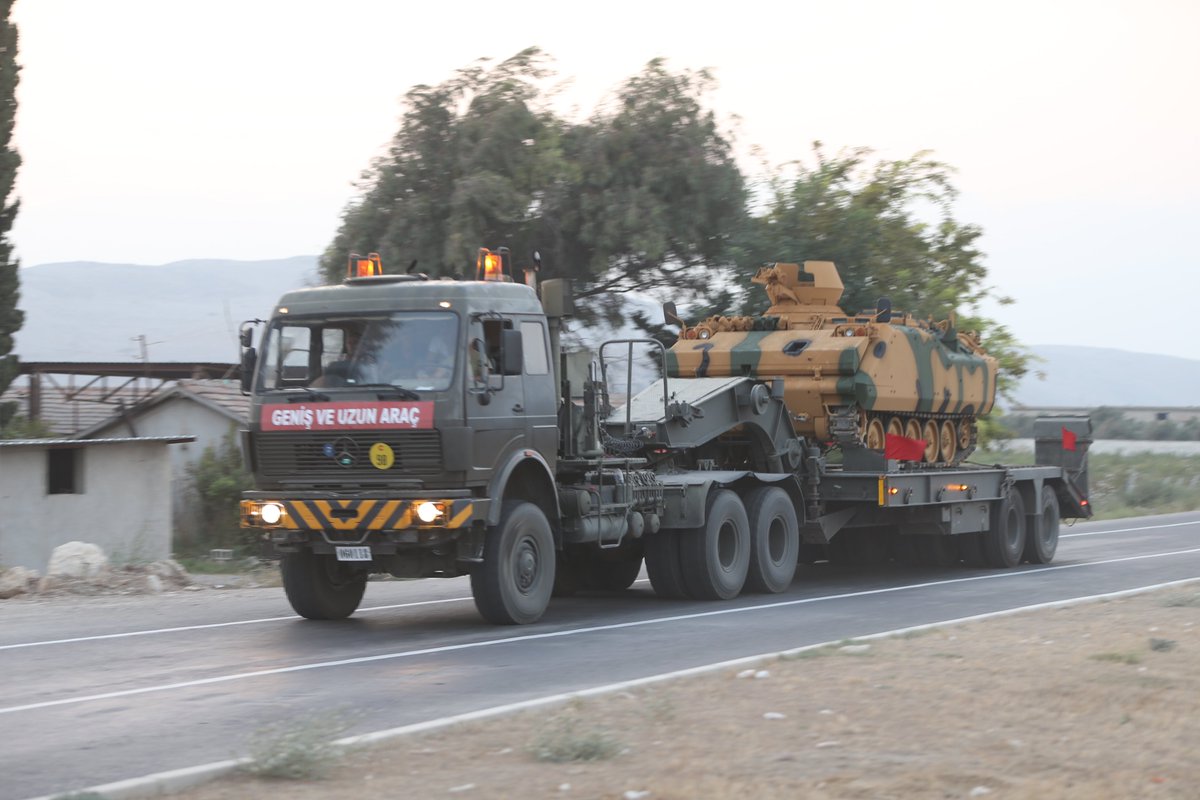 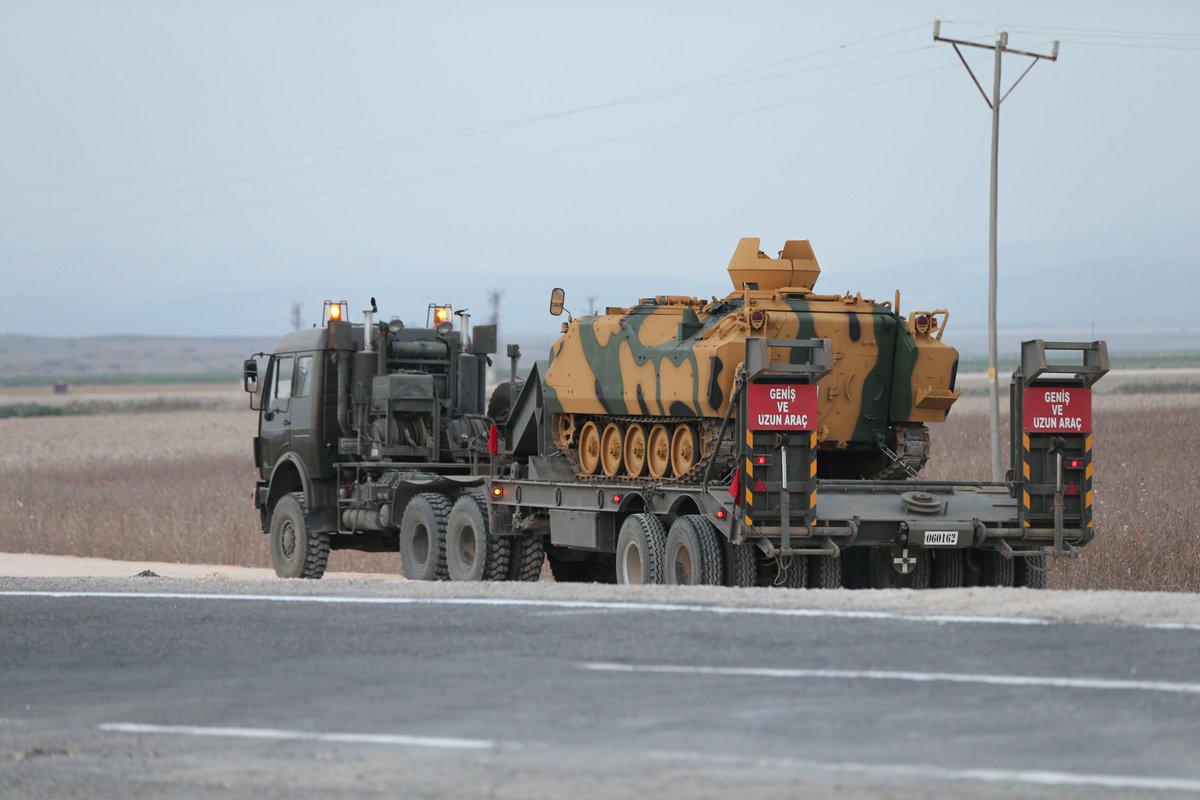 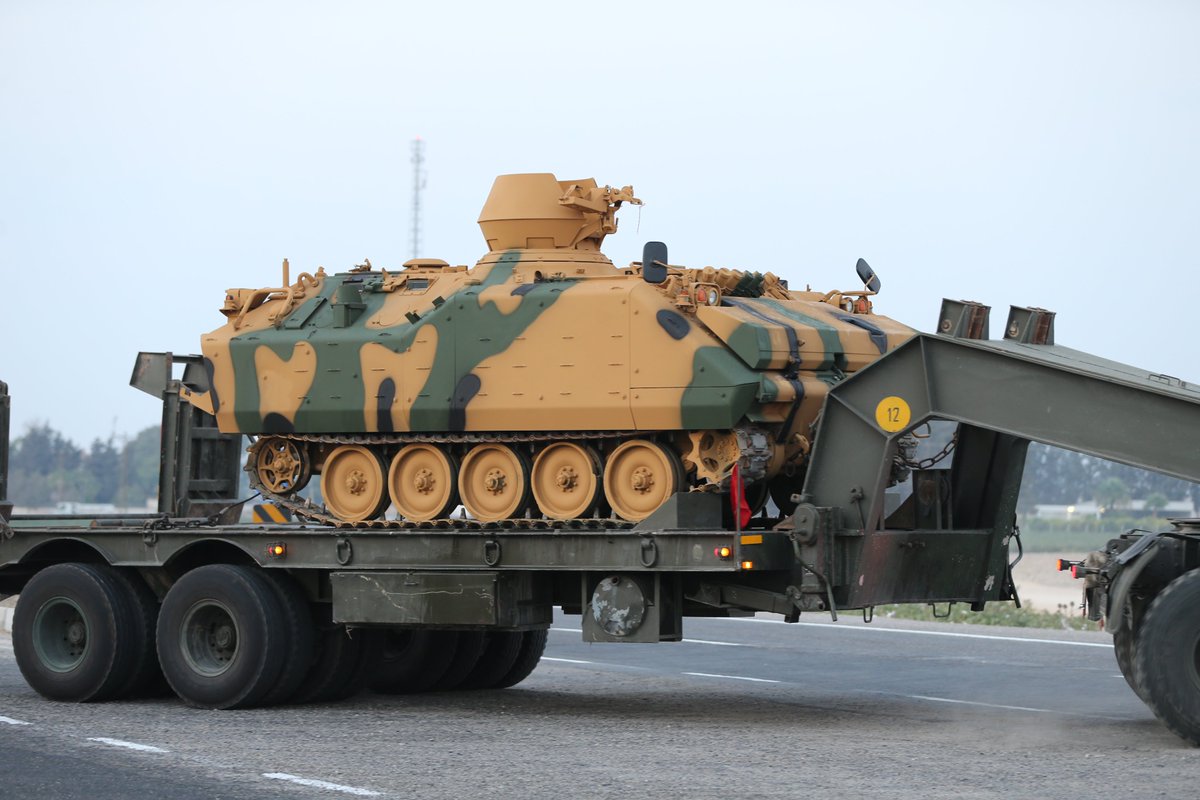 About Syrian Kurds, Erdogan expressed less obviously, because apparently consent to the invasion of Afrin he is from Russia and has not received.

However, at the Atlantic Council said http://www.lepoint.fr/monde/la-turquie-et-ses-rivaux-unis-dans-leur-hostilite-a-un-etat-kurde-21-09-2017-2158659_24.php that Turkey have long departed from the policy of attempting removal of Assad and now are more inclined to interact with it (via Russia and Iran), on the basis of shared reluctance to see in Syria a Kurdish state.

Erdogan also announced that Turkey is preparing sanctions against Iraqi Kurdistan in the event of a referendum on secession from Iraq.

In General, the statements of the Turkish political leadership is clearly seen that Ankara has found common ground with Tehran on the issue of military-political pressure on the Kurds with the aim of preserving the territorial integrity of Iraq.
At least for now. 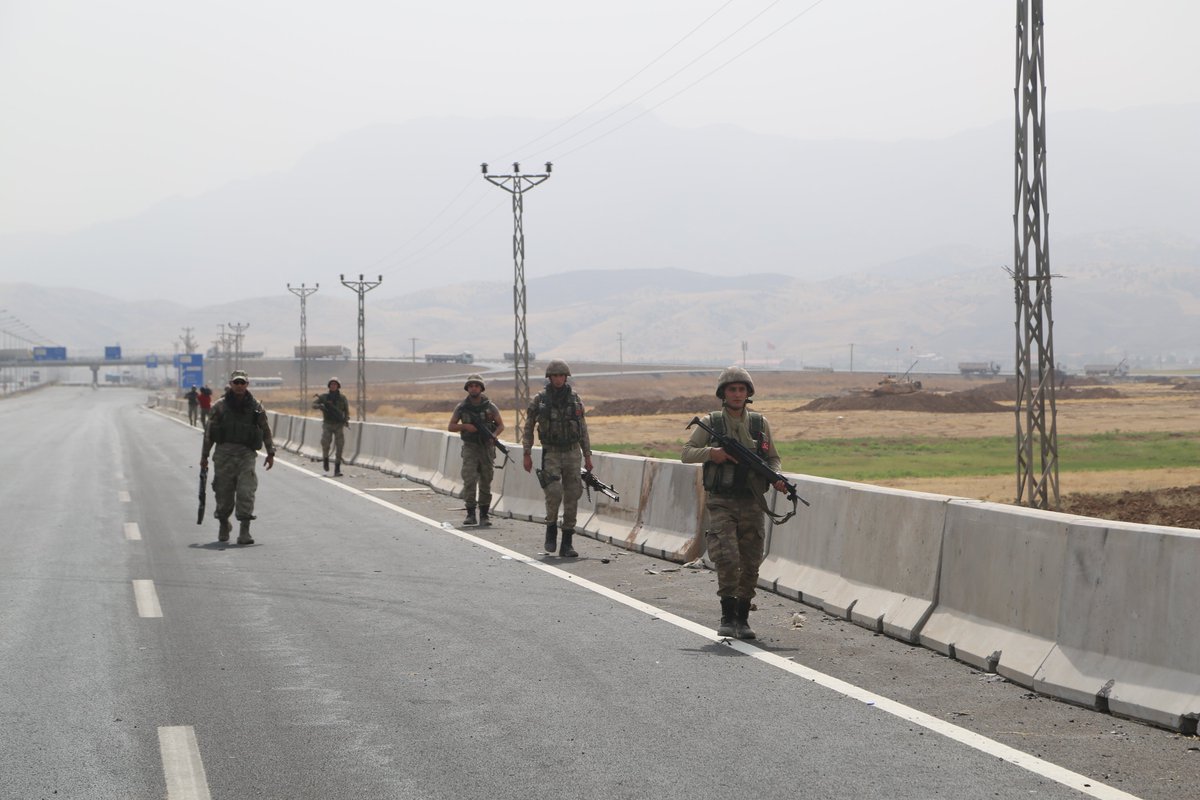 Turkish troops on the border of Iraqi Kurdistan. They enter Iraq issue will be resolved today. 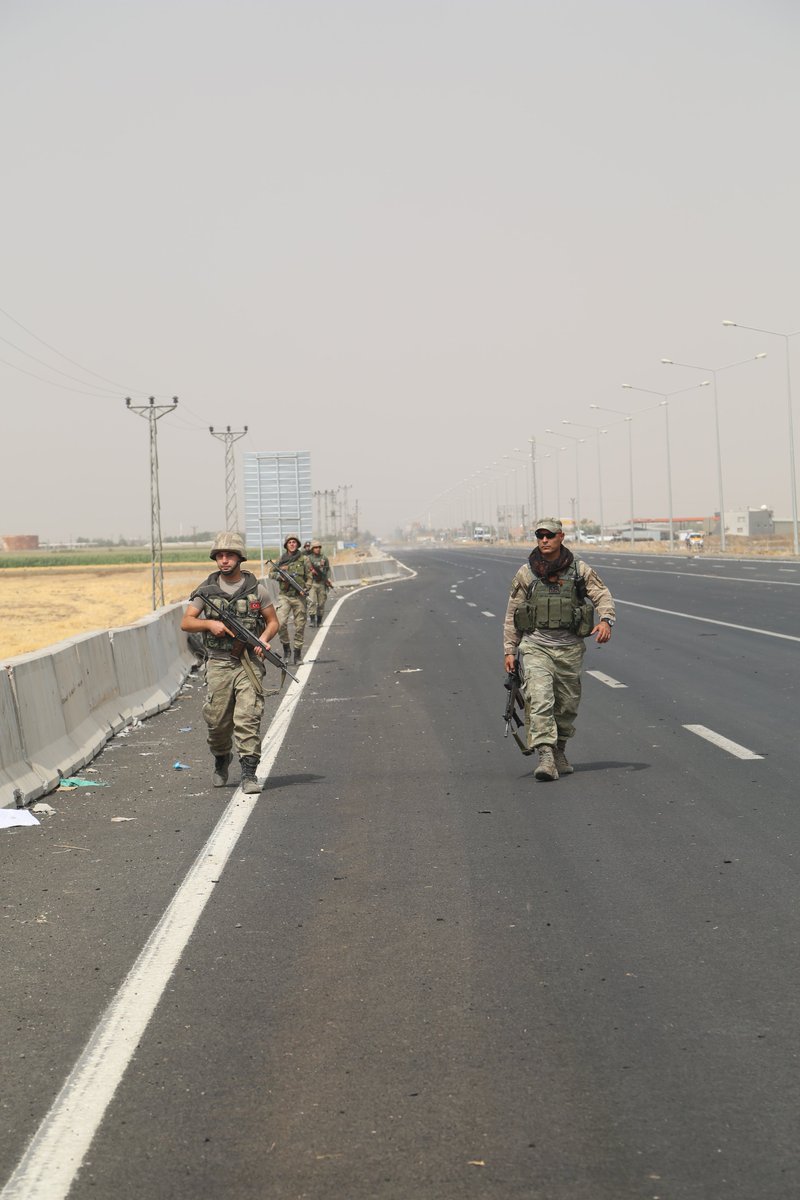 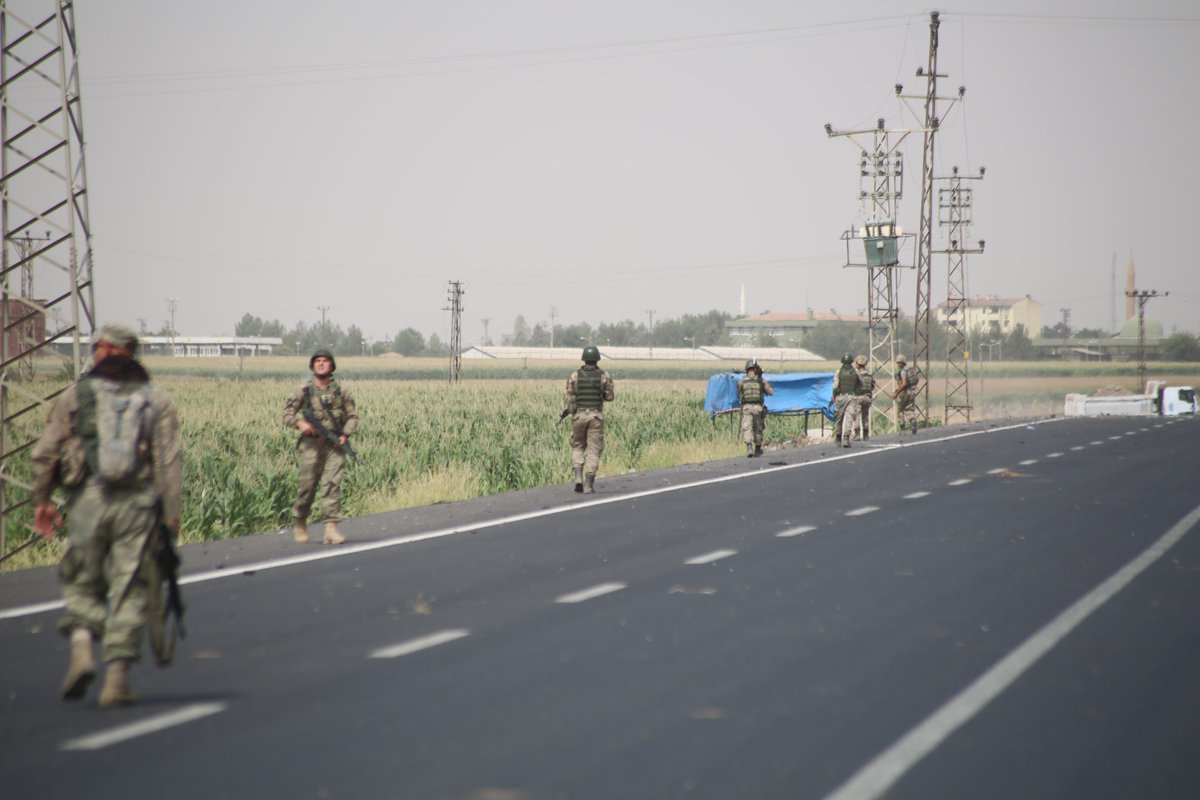 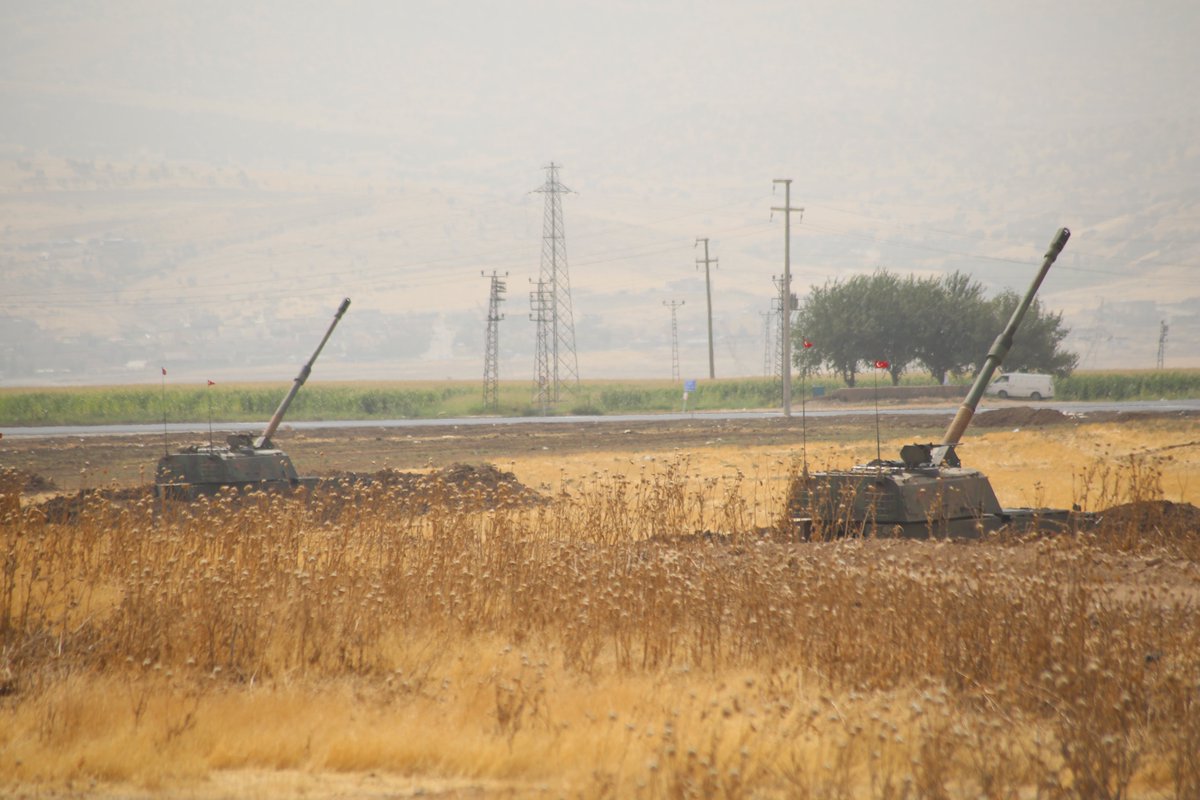 In addition, Turkey requires from the US to extradite Gulen (suspected of organizing a failed coup attempt in 2016) and to stop supporting the Kurdish terrorist YPG. The US it is of course unlikely to go in this direction.

Apparently Erdogan got a taste of his new role and in every way shows that he is an independent player who decides how he should develop relations with Russia and the United States that pretty unnerving his allies accustomed to expect obediance to the governing and guiding the views from Washington. But Erdogan after he came to the Russian-Iranian coalition and broke the pots of Berlin, clearly not ready to accept such a role, demonstrating independence and a kind of political and military machismo.

The title photo of the gunman in Khan Sheyhun firing at Russian planes.

PS. And Yes, important news from the Eastern Hama. Syrian sources https://www.almasdarnews.com/article/breaking-isis-agrees-surrender-territory-rural-hama-syrian-army/ that the militants sought out on Mayadin. Approximately 1,000 remaining fighters would be evacuated in the province of Deir ez-Zor to Madina. The evacuation of rebels from the Eastern Hama will take about a week, and then the Eastern part of the province will be fully liberated and come under the control of the Syrian government. Similar negotiations are now held with the militants in Eastern HOMS. If they succeed, then by the end of September, the stub boiler will cease to exist.