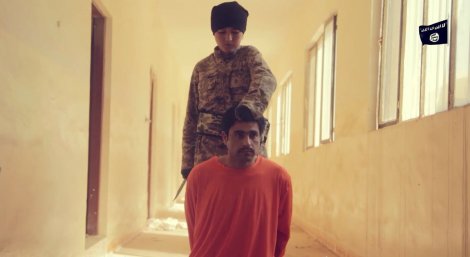 Baghdadi was a phantom – there is very sketchy information about what he was doing until 2013 and his contacts with the Americans. There is an old story with McCain, rare performances of the era, the heyday of the Caliphate and the famous photograph of a bearded man broadcasting in the mosque. However, in 3 years the propaganda of the Caliphate and the propaganda of his enemies, modeled on this Foundation, the image of the “Hitler of the XXI century” as a symbol of absolute evil, whose name has been killed hundreds of thousands.This is a typical example of how, with very sketchy data about what worked Baghdadi and how, in practice, was organized by internal power inside ISIS (which confused even intelligence agencies), there was a media phantom infernal black preacher, which is a concentrated expression of the will of radical political Islam, saying its claim to world domination. Funny, but true – an organization which had a hand from the US and headed by a man about whom very little is known, was aimed at world domination, painting the world map in black and green, not only in the pictures on the Internet, but also through the creation of quasi-state formations on the territory of other States, including on the territory of our country.

History is replete with examples of how successful the revolutionaries become successful public figures, but Baghdadi was one of those who managed from the classic terrorist turned the leaders of the major States that tried to legitimized through aggressive wars against all its neighbors. Baghdadi proclaimed a Caliphate on the one hand continued to keep at its core the principles on which functioned ISIS as a terrorist group, but he was trying to evolve, trying to more standard forms of organization of society and the state. This was one of the problems – if network a terrorist group has mastered advanced methods of information and psychological operations and relevant techniques of hybrid war to fight the outdated military structures of Syria and Iraq was extremely difficult, the question of the destruction of “another state” is more mundane. The Caliphate in the Wake of the success 2013-2015 lost touch with reality and took on increased responsibilities, which led to the fact that the project overstrained. Have produced as a terrorist group by numerous enemies, the Caliphate shook the consequences of this reckless policy as the state, which he was trying to become. Then of course there is an easy parallel with the fate of Nazi Germany, which in the end was a complete outcast. But Hitler took more than 10 years. Baghdadi and his colleagues at ISIS, coped for a couple of years that revealed serious deficiencies in the planning of ISIS at a strategic level.

The created construct was not able to get rid of birthmarks terrorist bases of the organization and effective to maintain obedience and loyalty propaganda for internal consumption, was suicidal for the external image of ISIS. You can’t count on that showing mass executions and beheading mixed in with idyllic pictures of smiling children, you will be imbued with great sympathy.Such propaganda, led to the pupation of the organization in already occupied territories, and generated fear and violence, provoked the major countries to take action against the project out of control, that too obviously distracting from the concepts of modern “standards”, although in the world there are some countries at the hands of that much more innocent blood than in the hands of Baghdadi. ISIS themselves, and not sought to correct this image, on the contrary, flaunt it, they say look, we are not afraid of anyone, and all those who disagree with us – we will kill.As a result, to kill them came even those who initially didn’t plan to do that. Eventually killed and the Baghdadi.

In the end, the Caliphate and Baghdadi himself reaped the fruits of its policy 2014-2015. Refusing to act pragmatically and focusing on their inhuman understanding of Islam, they put a barrier in the way of ISIS to the evolution into a full-fledged state. The project was not able to reach the next stage (mainly because of military defeat) and today, when to report the death of Baghdadi, we see the process of its dismantling – ends the battle for Mosul, surrounded by the capital of the Caliphate, black loses territory in Syria and Iraq.Of course, due to the large percentage of religious fanatics and skillful commanders of the period of expansion, too early to talk about the complete destruction of ISIS as a group. Had the Iraqis in Mosul, it is difficult for the Kurds in raqqa, and the SAA “black” is still quite capable of giving light, and it was confirmed by the events in Eastern HOMS. But the remains of luxury. In the end, even their local victory will not change anything for the fate of the project of the Caliphate, he could not local the failure of the red Army of 1944-1945 to change the already determined outcome of the war for Germany.

Not about that they dreamed of listening to the lofty words of the “black Caliph”. Yes, they will kill many more people, they will blow a lot of bombers, they’ll still control certain areas, they will develop their Vilayat in other countries, looking for weak victims (such Filippin), where the Caliphate might arise again.But this is not the Caliphate, that is trying to build Baghdadi, is the way one of the many major terrorist groups, like the classic “al-Qaeda”, which is in contrast to ISIS, and are unable to find the strength for evolution, while remaining just a highly organized terrorist group. Black wanted more, justifying their claim to religious-ideological tenets that justified the need for the establishment of the Caliphate and the struggle for “pure Islam”. Now their strength is pushed up back where they started. Of course they will try to return, but not the fact that they will succeed.

Of course, there were not only close connections ideas related to the murder of infidels or aggressive plans for world domination. Were quite sensible ideas like fight against alcoholism, Smoking and drug addiction, which they bought sympathizers around the world, but this is the case when such specious ideas covered the disgusting essence of the Caliphate and the practices of exercising power in the occupied territories. Smiling children cutting off the heads of infidels, here is the image that will remain as a legacy of the Caliphate-Baghdadi.He himself was of course very few people killed, he was closer to the Desk murderers, who with the stroke of a pen sent hundreds of thousands and millions to death, or the fanatics from the pulpit of the Church called for Crusades against the infidels.On the one hand, it seems to be a vestige of the past, after all, 10-15 years ago would look like an oxymoron, it’s a happy pursuit of medieval archaism, but when it was in embracing advanced digital technology, this seems to be the classic appearance of postmodernism as the characters srednestogovaya and digital post-industrial era have been collected in a hell of a cocktail, which was supposed to serve as katalizatorom to run the project, the state won political Islam.The result horrifies even those who were involved in the establishment of the Caliphate and the project eventually decided to fold, because despite the illusion of armchair strategists, who wanted to control the chaos, practice has shown that radical political Islam is not the gene, which can be fully kept under control. It can be used to their advantage, can feed, can be sent, but he will always seek the destruction of otherness is against his religious and political ideals.

At the moment, even with the death of Baghdadi, the Genie in the bottle will not drive, it flowed on the Middle East and Central Asia, the Far East, Europe, Russia and Africa. And when in another country the young fanatics will raise black flags, the cries of “Allah Akbar!”, they will be a historical followers of the regime, which is now painfully uprooted in Syria and Iraq.Baghdadi, one of the creators of this nightmare, most likely ultimately turn into a myth – for most it will remain one of the symbols of absolute evil forged mastimovie and terrorist media. For present and future terrorists, he is likely to remain polimetallicheskikh character in promoting radical political Islam came then the other, as an example the fact that Islamic terrorists can create something more than just an endless string of blown up and killed people.Baghdadi represented the idea that all these hecatombe bodies, there is a project winning state is pure Islam, free from the oppression of the infidels. And this elusive will, among other tenets of their faith, push on donning explosive belts and busily cutting off heads.

To replace Baghdadi comes another “Baghdad”, less known and less promoted, but this is the case when the myth of black-Khalifa, has already become quite self-sufficient, and whoever took the place of Baghdadi, it would be an indelible stamp of that mundane evil, which is the Caliphate. As the man Baghdadi died, the myth will continue to live in the bloody labors of his followers, which has yet to destroy it, including in our country. 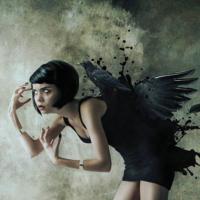