General Suhail on the position of the SAA in the area of 137th military base.
You can expect a historic joint photo with Suhail Zahreddine. 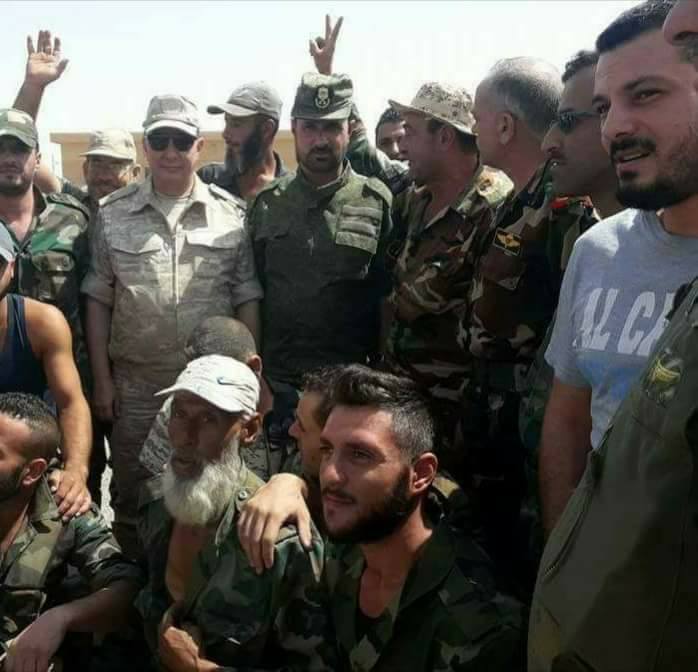 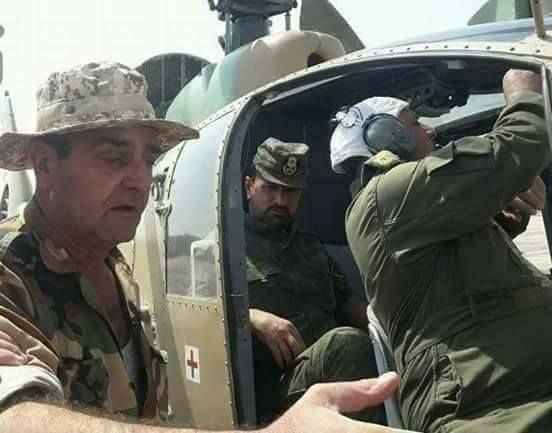 Below, the 5th Legion in Deir ez-Zor.

Escort products from HOMS to Deir-ez-Zor.

The irony of fate. About a year ago, in September 2016 on the agenda was a transport corridor of fighters Rampage through which the militants tried to improve the supply of Aleppo encirclement.

A year has passed. Aleppo liberated and the SAA shall supply Deir ez-Zor on the ground.

Plus there is another description of the final details of the fighting for the breakthrough deblokady.

A day after the breakout of the Syrian government forces to the base of the 137th brigade in Deir ez – Zor, became known some details of the operation. 4 September 2017 part of the 17th division and the 5th army corps came to the small village of Thar al-faqih about 6 km from the military base. North – West of this settlement there was an attempt a massive counter attack by the militants territory. groups. “Islamic state” (IG, is prohibited in Russia).

According to local sources, terrorists have used up to 10 car bombs and infantry fighting vehicles, as well as a group “inimacy” with suicide belts. As a result of operational Russian air strikes, artillery and anti-tank calculations, almost all Jihad-mobiles were destroyed. Russian defense Ministry has reported about the elimination of “more than 50 Jihad-mobile terrorists.”

From the evening of 4 September, the command of the advancing 17th division and the defenders of the base of the 137th brigade had established a direct radio contact and began to coordinate their actions in real time. On the morning of September 5 positions opened fire, the army artillery, but it turned out that the terrorists also focused plenty of firepower on the heights of the plateau of the Jebel al-tarda (Turda) and near the settlement Ayyash (Iasia to the North-West of Deir ez-Zor).

The artillery duel lasted more than three hours, but the advantage was on the side of the army. For suppression of firing positions of the enemy, the Syrians used a heavy artillery (approx. 150-200 mm.), which literally blew the firing point of the IG at the height of the tel Krum. In addition, artillery positions and fortifications, attacked the Russian aircraft and the frigate “Admiral Essen”.

In the afternoon, advance elements of the 17th division, special forces “Tiger” backed by tanks and led by a demining machine were able to walk to the base of the 137th brigade, where they met with its defenders. The attempt of ISIS to counterattack in the region of the oil fields in al – Mazra (South-West base of the 137th brigade.) failed.
In the evening the Syrian command announced the beginning of the second phase of the offensive, which involves the release of a military airfield and the release of all of the city of Deir ez-Zor. Around 16:00 local time the fighting started in urban areas, Al-Sinaa and Jafri, which lasted until late in the evening. The Syrian military also tried to attack the positions of terrorists in the area of the cemetery, but the results of this attack are still unknown.

The second group is the Syrian army advancing in Deir-ez-Zor from the South (on the road from Al-Sukhna) met fierce resistance fighters North of the settlement of Al-Shula and move to the city could not. During the day, both sides reported on its success and the losses of the enemy in the area. Reliable information about the situation here yet.