The Caliphate after the recent setbacks in Central Syria, finally gathered strength and counterattacked on the Syrian forces South of the Euphrates, few surpassing them West of Maidana and causing them significant losses in men and materiel.
Traditionally missed the attack Shahid-mobile (in the style of the recent attack on the Iraqi army in the area of Al-Tantf http://colonelcassad.livejournal.com/3596884.html), after which mobile units “black” having achieved tactical surprise, significantly strained the Syrian side that were holding the Fort (this was mainly local militia) and who had to withdraw after sustained losses which ranged from 70 to 120 killed and wounded (caution, photo 18 https://twitter.com/PQtP58/status/900902511619575808), not counting the lost carts and other military equipment. Syrian sources claim https://www.almasdarnews.com/article/one-hundred-syrian-soldiers-killed-today-due-isis-offensive-rural-raqqa-amaq/ that loss was somewhat lower than claimed by the Caliphate, but they nonetheless amounted to a few dozen people.

The enemy was also able to recapture a number of villages to the West of Maidana. 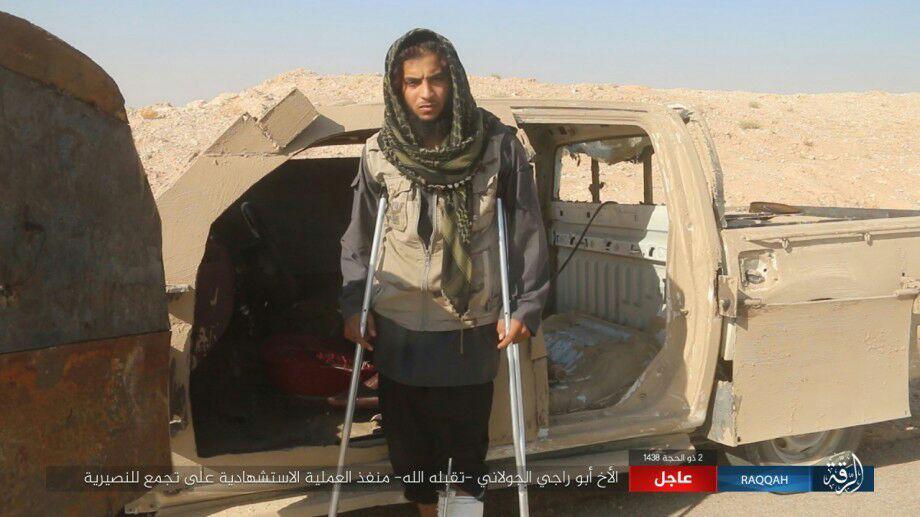 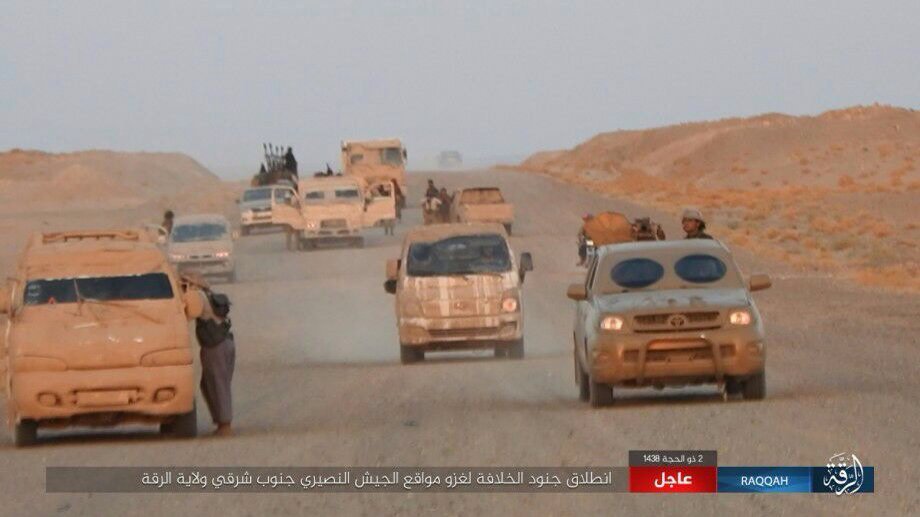 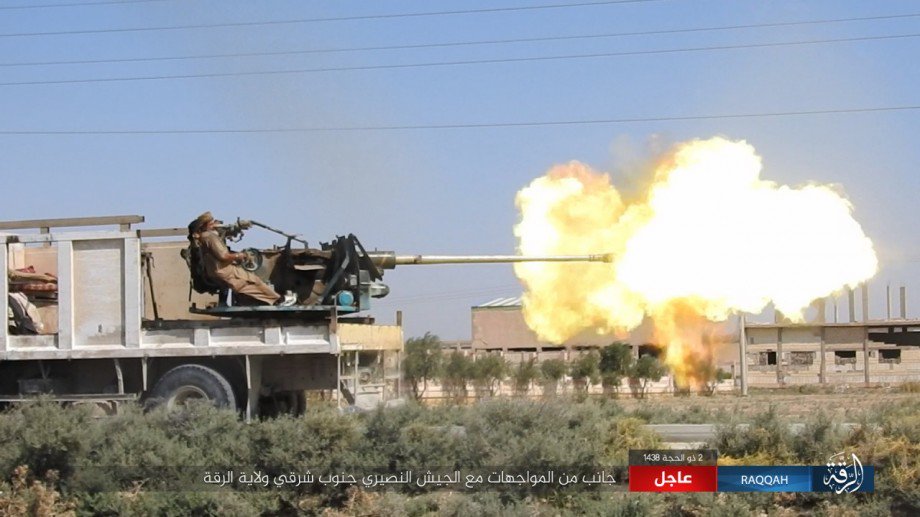 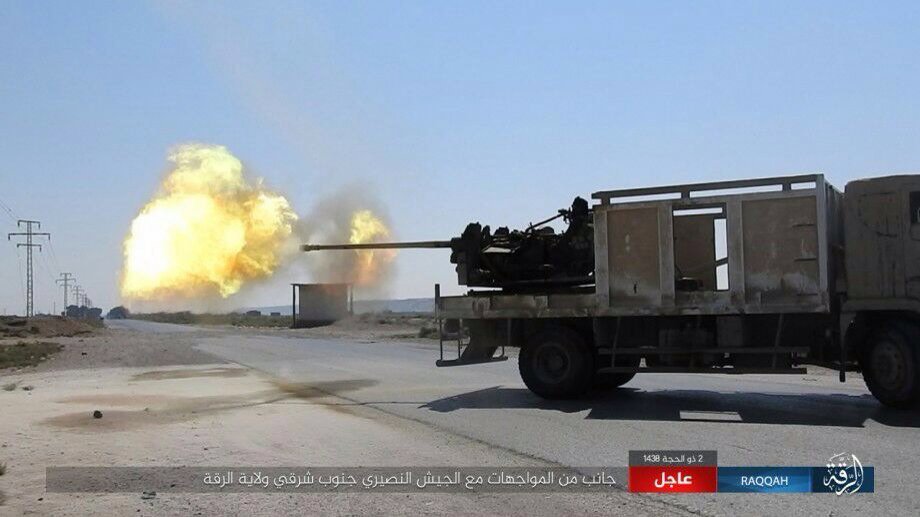 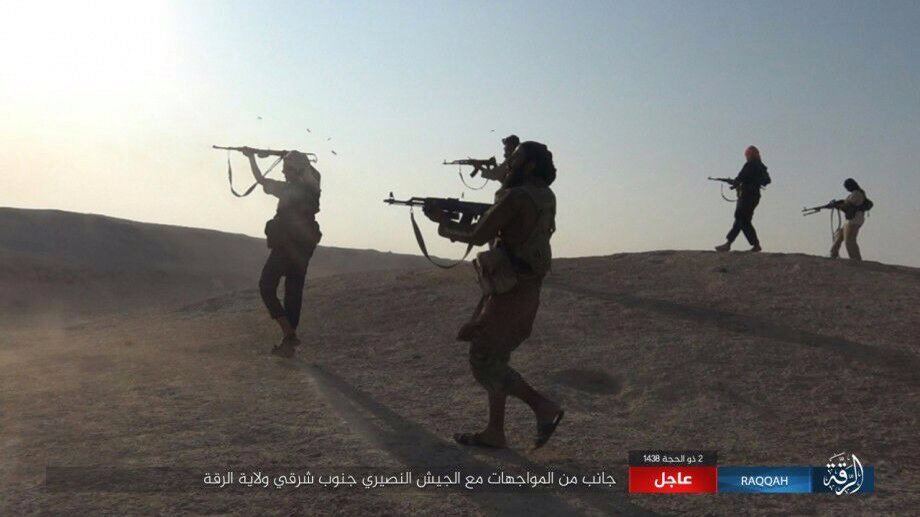 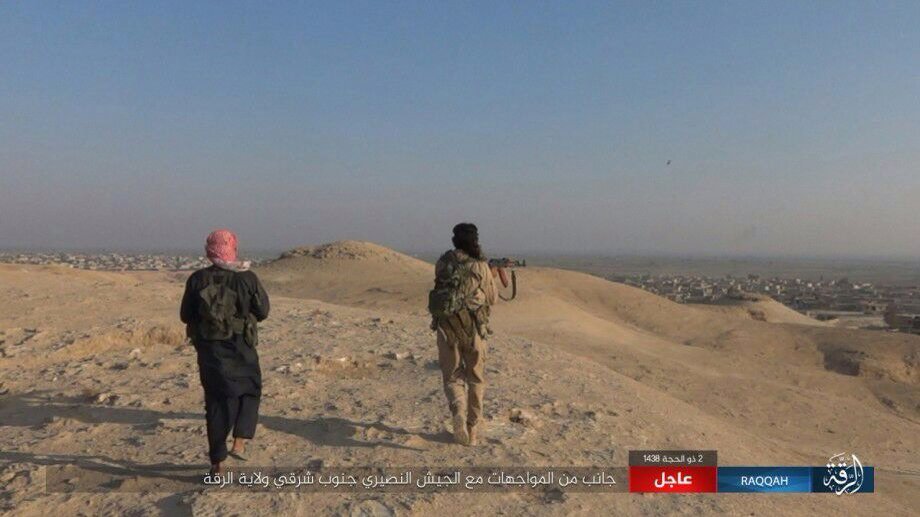 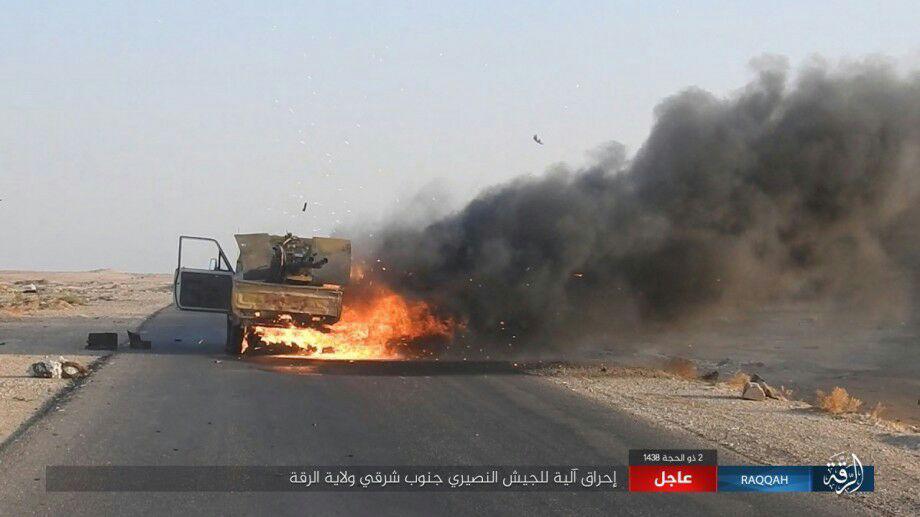 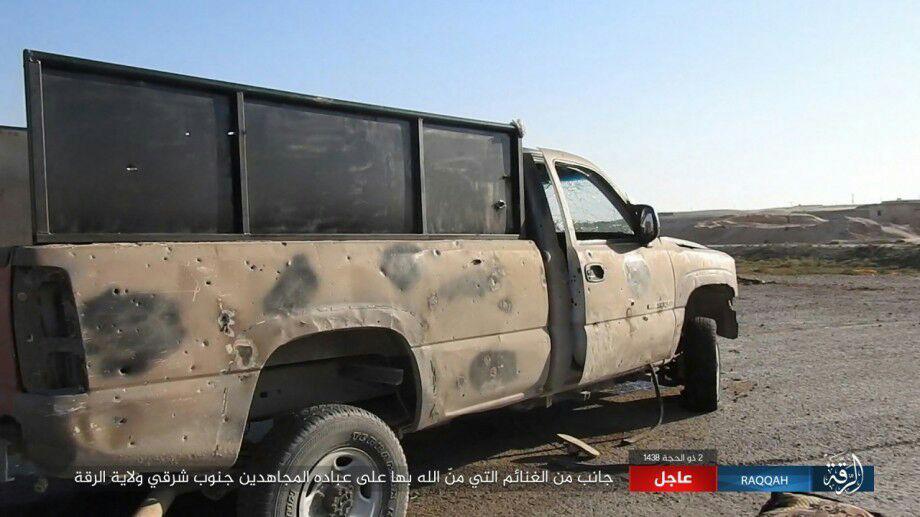 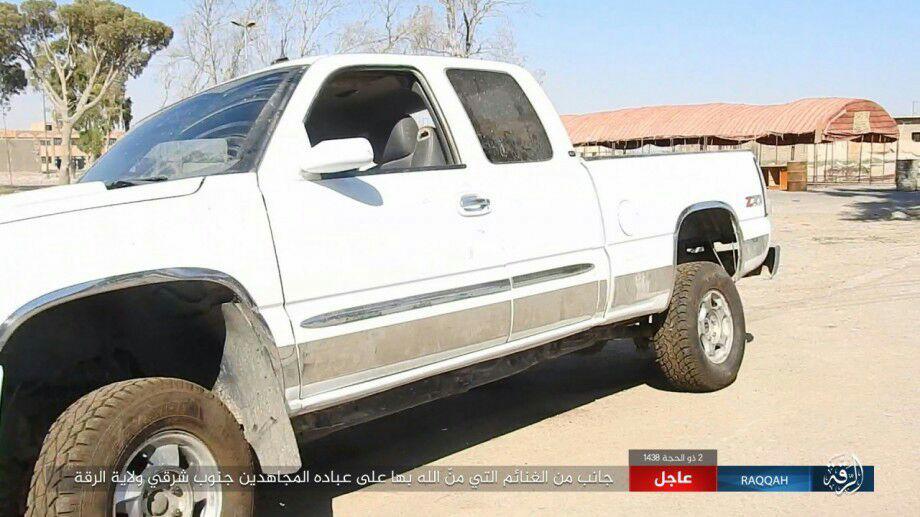 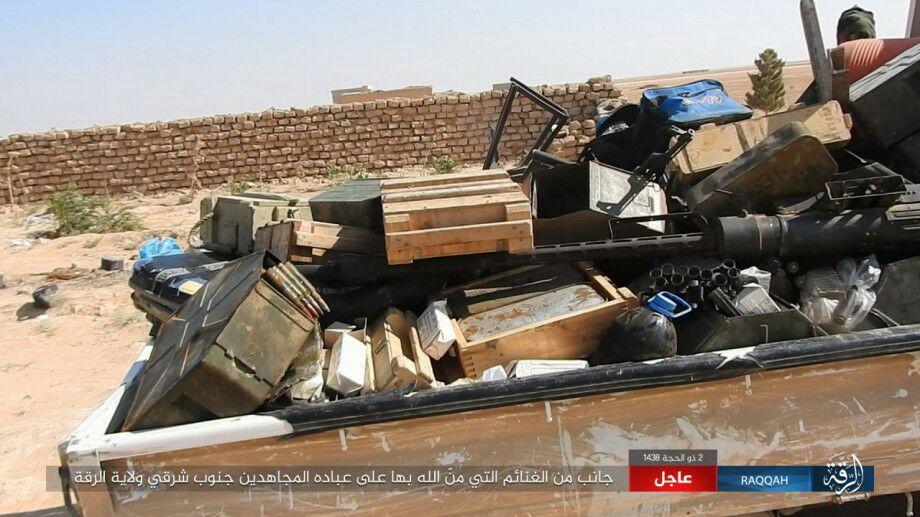 In addition, “black” due to the forces withdrawn from Anbar province, attacked the positions of the SAA, on the border with Iraq https://www.almasdarnews.com/article/isils-border-offensive-DS-complete-disaster-syrian-army-troops-regain-initiative/, but there fights were less favorable for the militants, with the result that they lost a few dozen people and a few carts.

In General, such counter-offensive activity is rather typical for “black”. As soon as they accumulate enough power, they seek to find weaknesses in the stretched front of the SAA and by achieving tactical surprise, they launch raids with the aim of causing the greatest possible one-time damage, to slow down the advance key strike groups of the SAA (which will have to take some of the forces from the direction of the main blow for the relief of such moments of crisis) and to take booty.

The reduction of the territory of the Caliphate on the one hand makes it difficult to maneuver the reserves, as they become more exposed to the dominant aviation HQs of the Russian Federation and the Syrian air force, but on the other hand, by reducing the internal lines, the speed of maneuver, the remaining forces increases, and the troops withdrawn from the front in Iraq, can quickly be deployed to the front against the SAA. It is very well illustrated by the actions of the troops of the Caliphate operating in the area of the Syrian-Iraqi border, where they are used to attack the Iraqi army, and for attacks on Syrians.

On the other hand, the current strikes are creating more of a tactical problem, because they do not have enough forces in order to put the problems of an operational nature, which could cause the SAA to abandon the current ambitious plans associated with the defeat the remaining troops of the Caliphate in Central Syria and its consequent attack on the Deir ez-Zor. But painful strikes and related losses are a reminder that the Caliphate is not going to surrender and final military victory over it will still require a lot of effort and spilled blood. At the tactical level, the enemy is still very dangerous.

In this case, the command of the SAA will take a number of necessary measures for the relief of enemy activity to the South of the Euphrates, which is likely to be to transfer more reinforcements, and increasing the number of airstrikes in the area.