The Russian foreign Ministry said that the SAA was able to cross the Euphrates near Deir ez-Zor, the true place of crossing was not specified. Also, it is claimed that the Northern Bank of the Euphrates created a springboard.

“After a major victory at Deir-ez-Zor the Syrian army continues sweep of the ISIL terrorists in the Eastern parts of the country. Liberated the suburbs of this provincial centre, the advanced units successfully crossed the Euphrates river, dug in on the Eastern shore.”

In turn, through the Pro-Kurdish sources spread threats https://english.aawsat.com/asharq-al-awsat-english/news-middle-east/us-backed-syrian-opposition-say-wont-allow-regime-forces-cross-euphrates-river from the United States related to attacks on ferried to the North Bank of the Syrian troops, and also denying that SAA and Russia formed a bridgehead on the North Bank (on the link read more about the SDF representative in the area of Deir ez-Zor http://en.deirezzor24.net/who-is-abu-khawla-al-diri-that-appeared-recently-as-the-commander-of-the-sdf-linked-deir-ezzor-military-council/). Both are reports that the SAA is preparing to occupy the island of Hawija, located in the middle of the Euphrates, and that videoconferencing strikes on the positions of the Caliphate on the North shore. Also “Tigers” partially taken under control the village of Ayyash on the South shore. Syria is occupied at the moment by the theme of crossing the river, in particular pointing out that the bridgehead with the Syrian troops were Russian special forces https://twitter.com/Brasco_Aad/status/908761164431142913 that may prevent US in realizing their threats, as between the parties there is agreement on the prevention of incidents involving the armed forces of each other. If the information is correct, Russia in fact covers the advance of the Syrians, not only its military but also its flag.

Many #Russia/n #Spetsnaz have crossed the #Euphrates as well, taking up positions alongside elite #SAA. They can not be touched by the #US

However, it is worth to wait some subject photo or video materials from the springboard, because it can be a banal attempt on the part of the Ministry of foreign Affairs to stake out areas on the North shore, while they are under the control of the Caliphate.

ACS and MLRS SAA in the area of Aisha.

Assistant to President al-Assad said https://www.reuters.com/article/us-mideast-crisis-syria/us-backed-syrian-fighters-say-will-not-let-government-forces-cross-euphrates-idUSKCN1BQ269that the Syrian army will restore the territorial integrity of Syria, and if need be, to fight, and supported by the Americans irregulars – obviously referring to the SDF. Thus, as the defeat of the Caliphate, all the more clearly exposed the problems associated with the US presence in Syria and flirting with Kurdish separatism.In this regard, in the event of the commencement of any military action, the Syrian troops against the SDF, calm rear in Idlib and Hama to serve as a guarantee of the ability to concentrate in Eastern Syria a serious force, including for the decision of tasks on the North Bank of the Euphrates. And in the context of these situations, a new agreement with Erdogan will have significance not only for resolving the issue with Idlib.

The air force strikes of the Russian Federation on positions of the Caliphate on the North Bank of the Euphrates.

The attack on the SDF under the Deir ez-Zor

In the development of material about the crossing

Kurdish sources reported that either Russian or Syrian aircraft bombed the SDF in the industrial area of Deir ez-Zor on the North Bank of the river. This information was confirmed by the official speaker of the SDF.

The blow was struck after Advisor to Assad said that the Syrian government will fight for the territorial integrity of Syria, including with groups supported by the United States, as well as threats of the Kurds in the SAA that have not crossed the Euphrates.

Accurate data on air strikes is not – there are fragmentary data on the number of victims (reported here on 6 300X http://www.fort-russ.com/2017/09/breaking-reports-that-syrian-jets.html)

If Avidar was the place to be, perhaps it is that is warning the Kurds not to take on too much, because approaching the Euphrates light infantry SDF is very vulnerable to the attacks of the Russian and Syrian aircraft.

The Kurds forget that their promotion can apply the same logic which was used by USA to attack Syrian and Iranian forces in the area of At-Tanta. 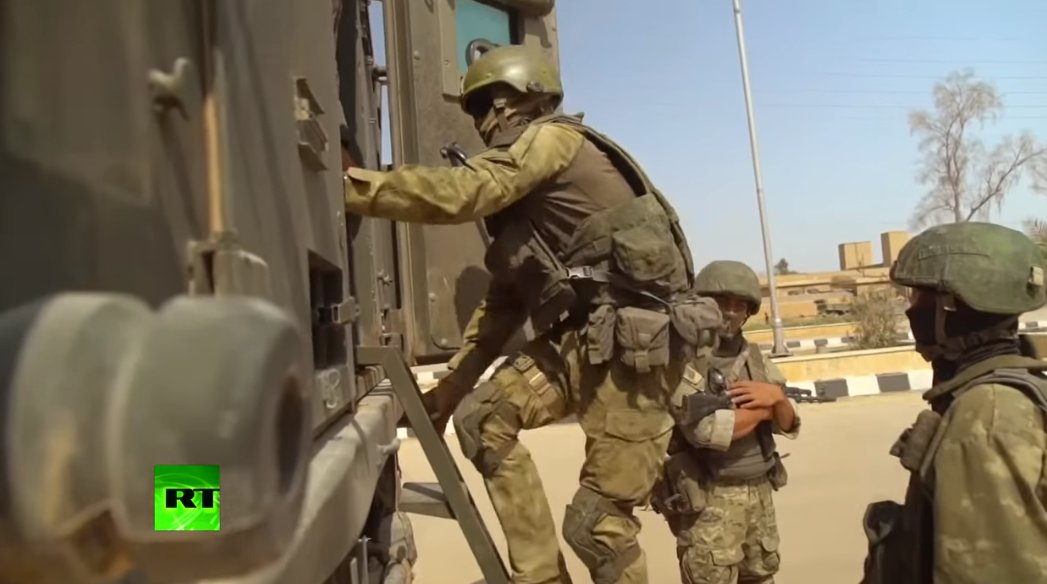 Russian military in the area of Deir ez-Zor. 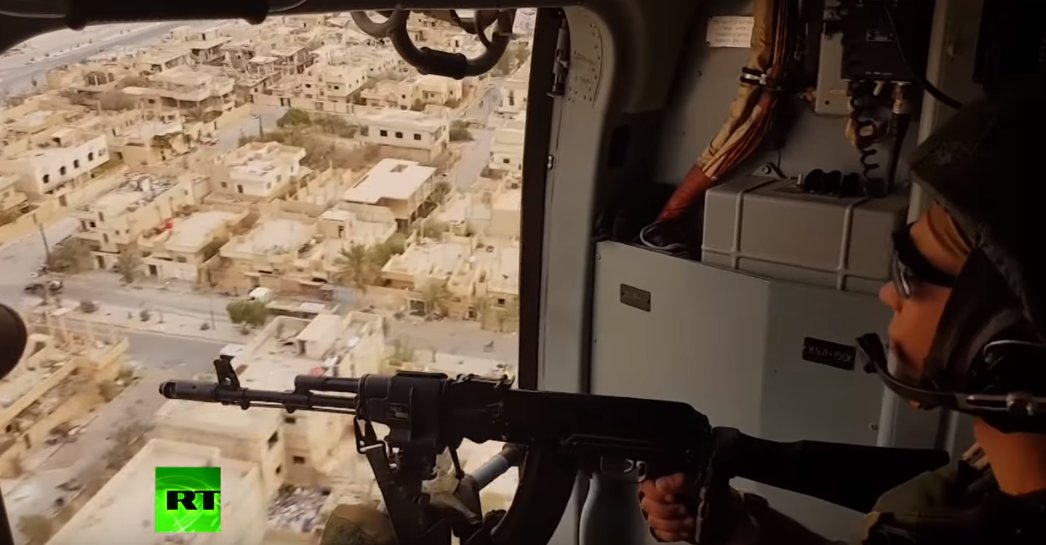 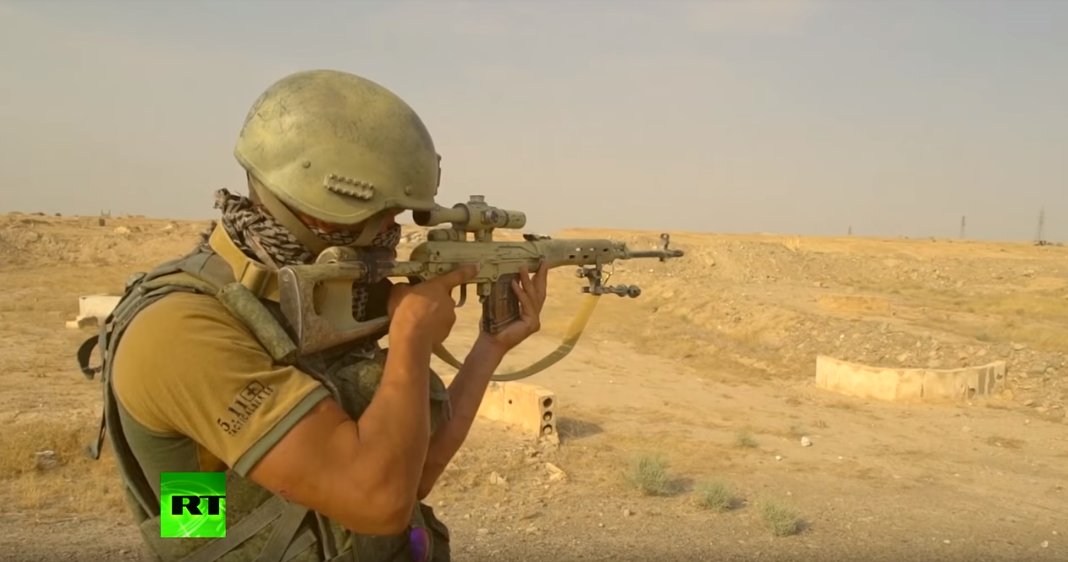 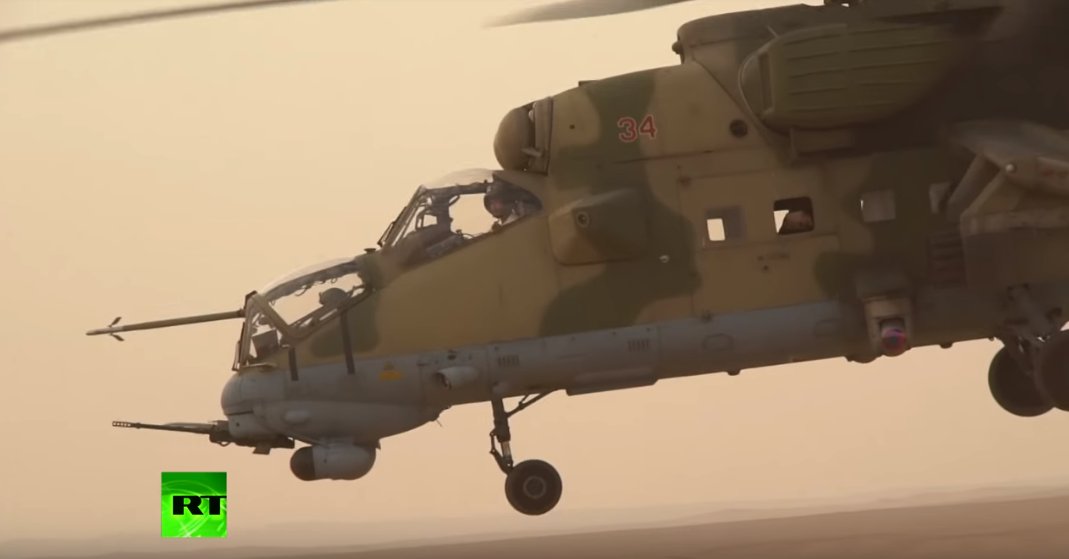 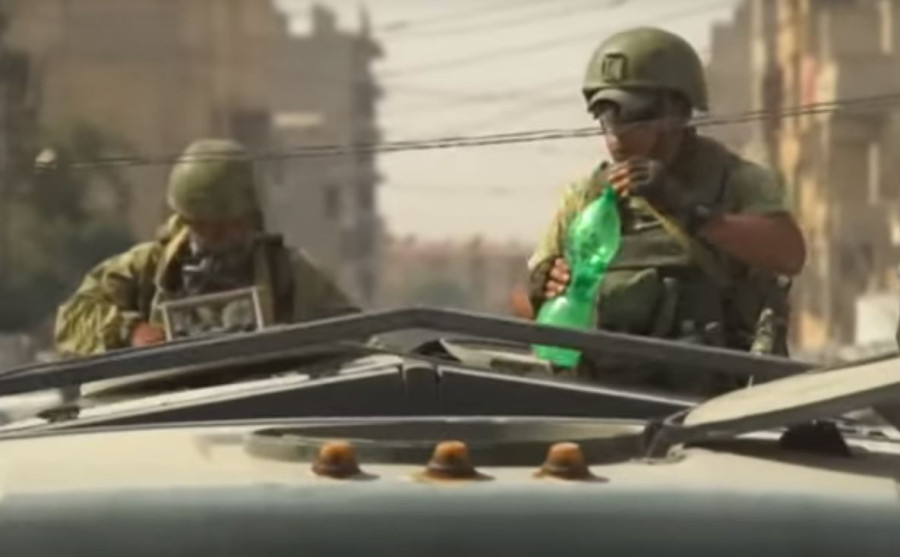 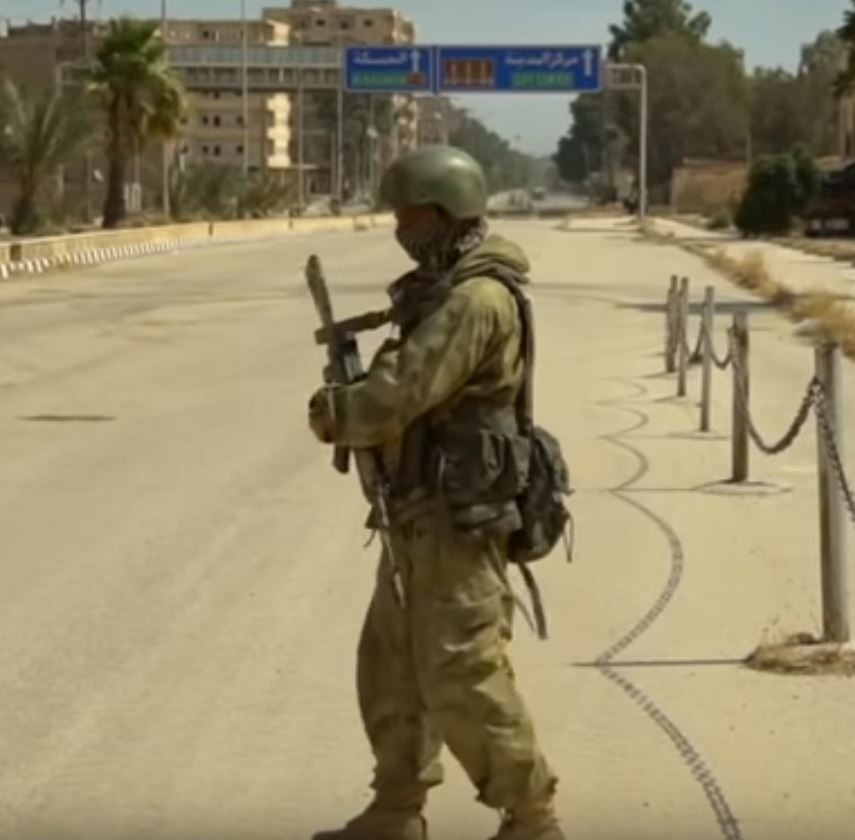 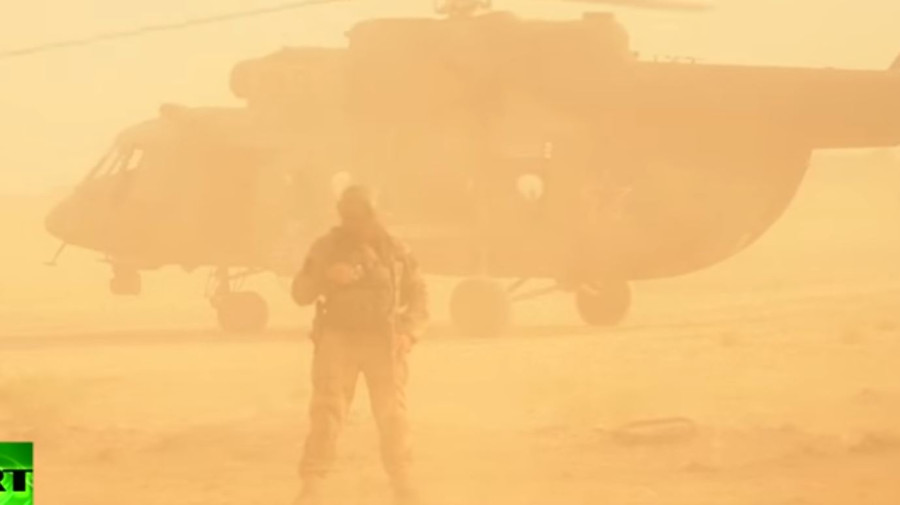 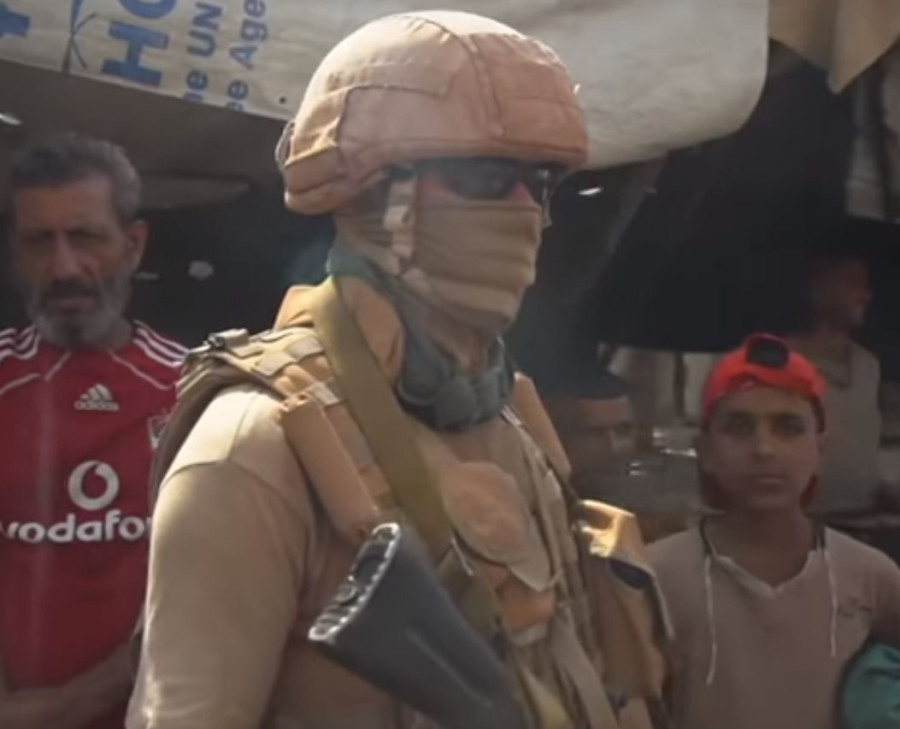 Plus the “evil” helicopter. 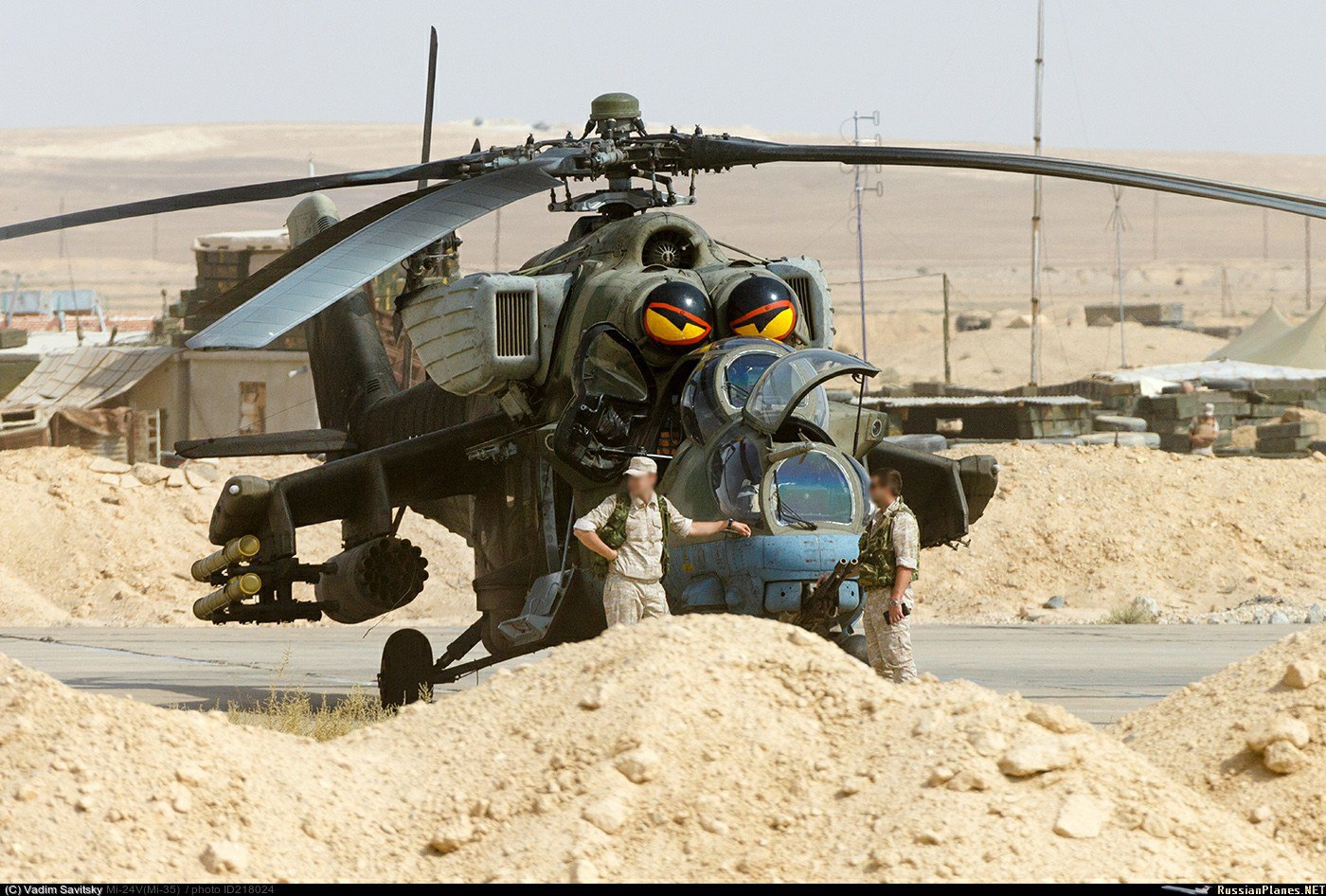 Deir ez-Zor. The view from the UAV.

And what about the morning air strikes on SDF, the Syrian military sources said that neither Syrian air force or videoconferencing attacks on SDF this morning is not applied.

At the bridgehead, which said the Russian foreign Ministry, is also quite contradictory information.

In the video below, the view from Syrian positions West of Deir ez-Zor on the opposite Bank of the Euphrates.

In relation to the development operations on the southern Bank of the Euphrates, today things were clarified, the army took several towns, cleared one of the oil fields and moved to the North-West of Bailii, as well as in the South East in the direction Madina. Also predictable has come to move the Iranian “proxy,” at the Syrian-Iraqi border, while movements in the direction of Abu-Kemal linked with the onset of Shiite groups in Anbar province, who are moving to Abu Kemal from Iraqi territory.Apparently decided to force the issue of taking control of part of the Syrian-Iraqi border is located South of Abu-Kemal.