Briefly about the offensive East of Aleppo.

The advance detachments of the SAA have actually come very close to the outskirts of Maskanah. At the same time, the line of militant detachments, which signify the front line to the south of the city, is quite vigorously being pushed back. In fact, the front itself is no longer there – the militants continue to retreat to the east, resting in separate settlements, but with a similar level of resistance, the SAA is coping well. Maskanah is essentially the last major city in the province where the Caliphate will be able to provide less or less organized resistance, and further down to the American enclave near Tabqa, the terrain as a whole favors the offensive of Syrian mechanized formations that are supported by the Russian Air Force and the Syrian Air Force.

I believe that in 2-3 weeks, “red” and “yellow” will meet on the South Bank of the Euphrates. Then will be determined by the temporal line of demarcation, as Syrian troops continue an offensive to the South, freeing the territory from which within a few years, the militants attacked the track Khanasser-Aleppo.In the coming troops has quite a large number of Russian military equipment, which apparently in March-April had fed the Syrian mechanized units to make up for losses incurred during the heavy fighting for Deir Hafir and Jirah, as well as during the battles in Northern Hama, where in Eastern Aleppo was thrown a lot of connections.
Probably, we can expect the development of operations in the area Itree to accelerate the liberation of the Western areas of the province of Raqqa.

In the South, the militants are also not particularly hinder the army to occupy large areas. Strategic benefits for which the SAA fought in 2015-2016, now bring successive territorial acquisitions, although of course we should not forget that such a development would be impossible without a truce in Astana, which enabled SAA to benefit from the reduction in the intensity of the fighting at the front against the “green”. 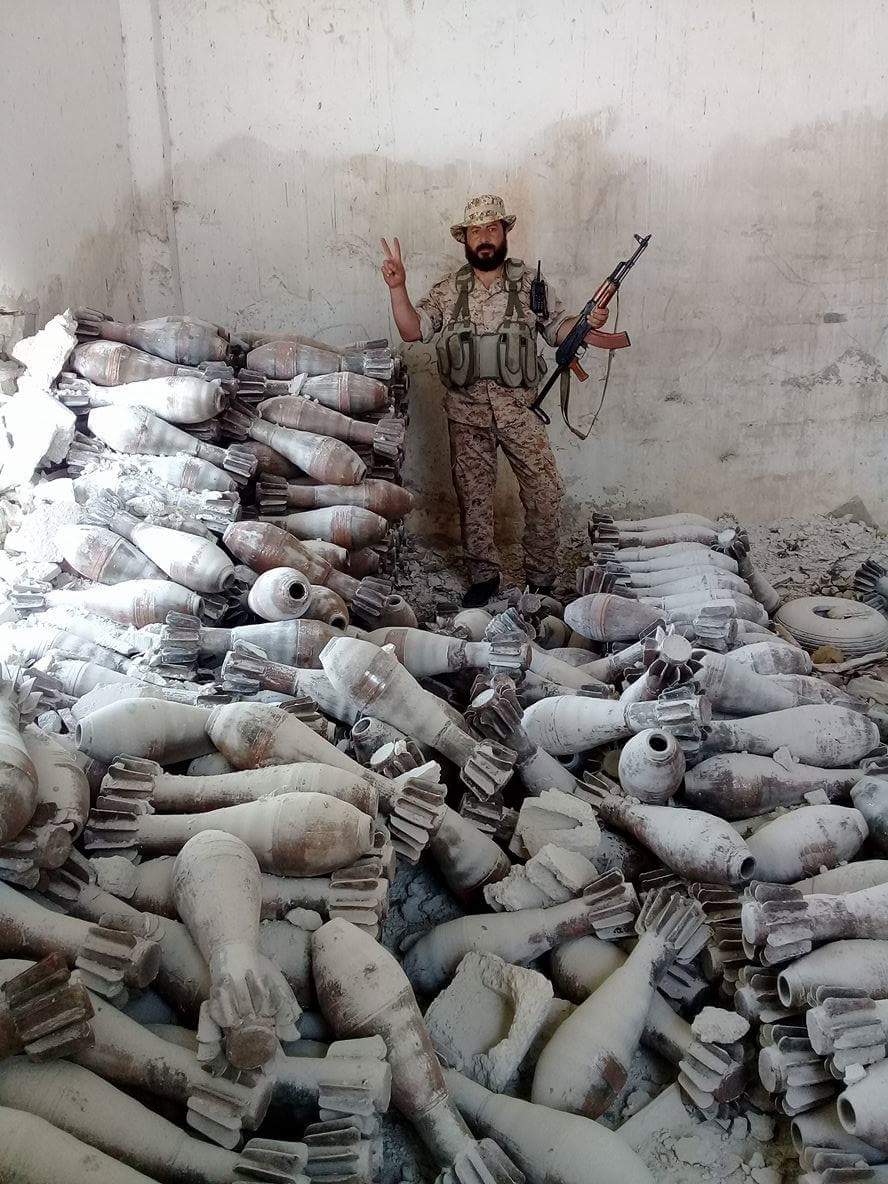 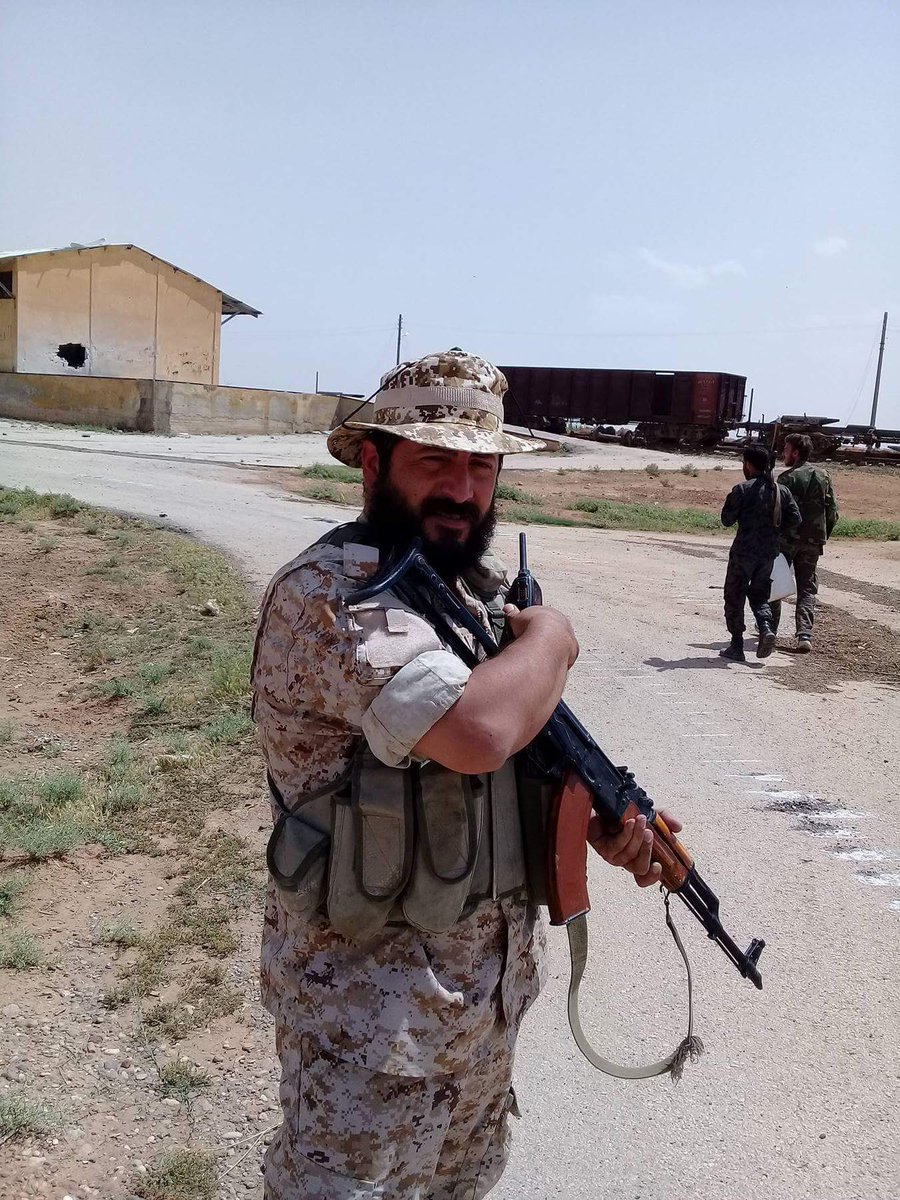 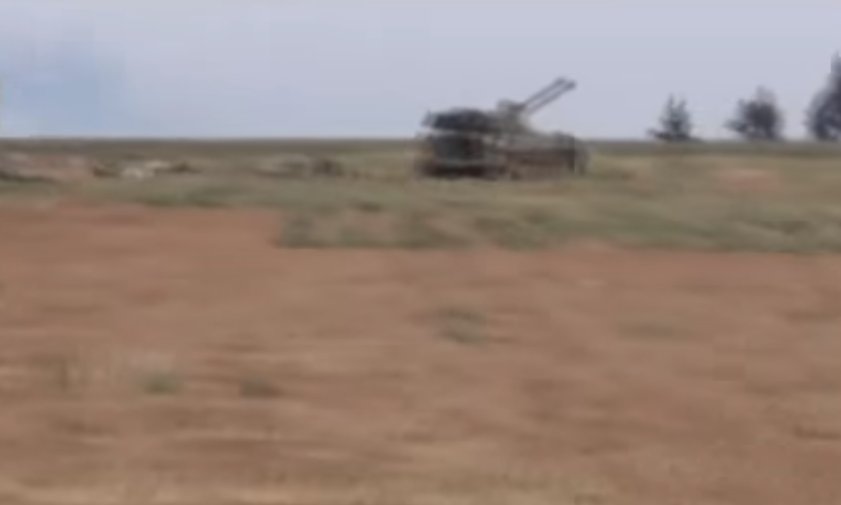 Tanks “of the 5th Legion.” Ties-Palmyra-Hama North Of The Jirah and East Of Aleppo. For a short time, hastily formed with the help of Russia, “the 5th Legion” managed to pass through several large-scale battles, including the hardest month battle in Northern Hama. But now, along with the “Tigers”, “the 5th Legion” is at the forefront of the offensive East of Aleppo.

With no losses. During one of the battles with the “black” has lost one of the tactical commanders of the Tigers. 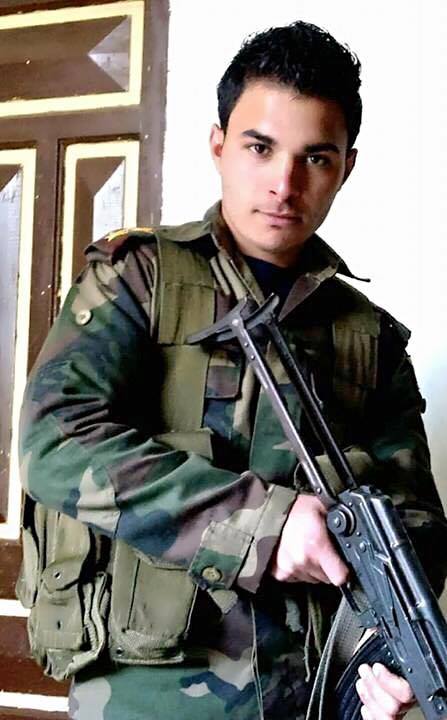 Another soldier died yesterday during combat operations West of Maskanah.

Hit from ATGM on a Syrian tank.

Short of Kurdish claims on the subject of what Russian propaganda has accused the Kurds that they are ready to release the “black” of Raqqa, to ease the capture of the city.

It is worth noting that as mentioned already in 2016-m to year, after the Kurds attacked a Syrian garrison in Hasaka, those who should, are the implications of this make, so do not be surprised whatever the consequences, especially considering the fact that the Kurds are now closely tied to the Americans, with whom Russia is in a state of cold war, so that when in this correspondence against the United States and Russia, can fly not only Assad, but also the Kurds.

Now on the merits. At the moment, the Caliphate retains the possibility to retreat from the city, having crossed the Euphrates to the South coast with a further retreat in the direction of Deir ez-Zor. They of course Kurds directly to ask is not necessary. On the other hand, the same conversations about leaving the city, went before the storming of Mosul. Then, one unnamed intelligence (possibly Russian, possibly Iran, possibly Iraq), learned about the secret negotiations for the surrender of Mosul, aiming to squeeze militants in Syria.The information was made public in a timely manner, the Caliphate did in town repression, shooting more than 60 commanders and fighters involved in the talks with the Americans, but the assault on the city is still ongoing and defeated the strategic plans of the U.S. as for 2016 and 2017 year. It is quite natural that on the eve of the assault on Raqqa you see a kind of behind the scenes game of intelligence, when the parties are trying to ensure favorable development. Naturally, the Americans is beneficial to the fighters piled out and they have become a problem of Assad and Russia.Russia and Assad is more advantageous to the Kurds and the Americans (once they have cut Raqqa, not letting her troops of Assad and Erdogan) are themselves solved the problem of the militants. In this we see a continuation of the correspondence competition of Russian-Iranian and American coalitions. Well, the Kurds can understand them in the end to storm Raqqa, and the sad experience of the Iraqi army in the storming of Mosul, and the loss in the assault Manjib, obviously not inspire the Kurdish leadership.But what the struggle for political subjectivity in the Syrian war requires to regularly pay the bloody bills and the Kurds there is never an exception.

And again. These are the leaflets the Americans scattered in the desert around Al-TANF, where the Arab demand not to approach the At-Tapu, which sits about a company of American special forces and trained these militants. 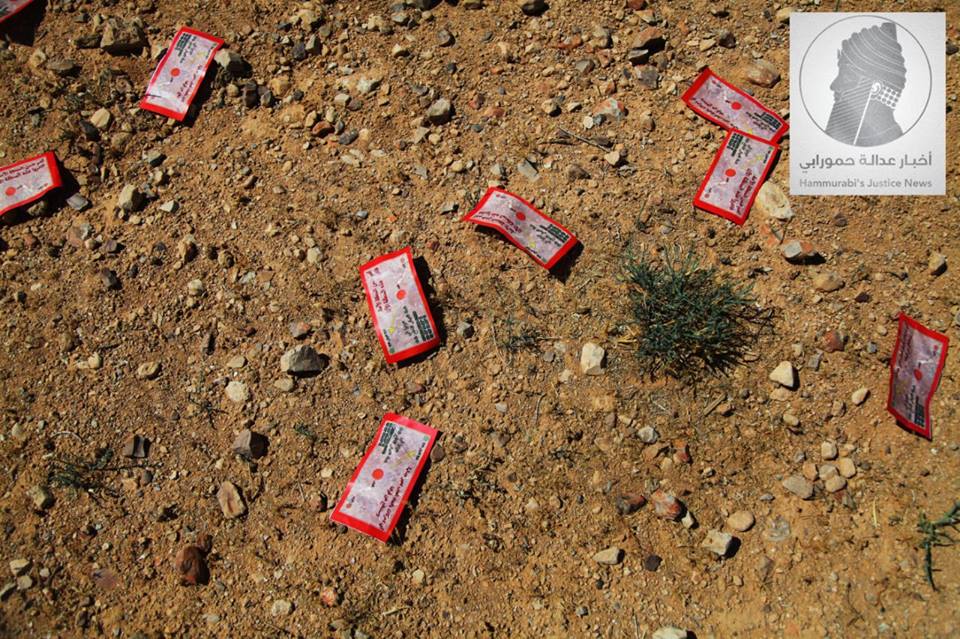 Direct the attack to Al-Tapu in Eastern Sweida apparently suspended, but continue along the Syrian-Jordanian border.
The situation here is still very intriguing.