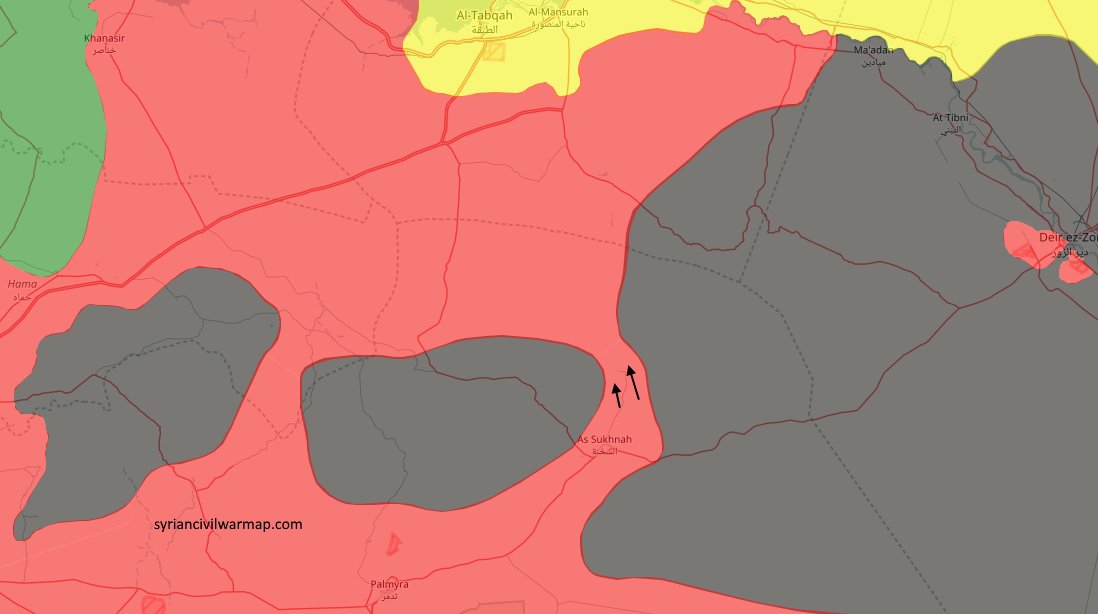 It is reported that by evening, quite casually, there was another pot in which were the remaining troops of the Caliphate between Akerbat boiler and Suhkna.

Advancing from the North “Tigers” and troops stationed North of Suhkna, took the few remaining towns, and in the end the militants were already in the operational environment, though building a fully walled boiler will take some time.

In the second pot have the potential to be several hundred fighters. 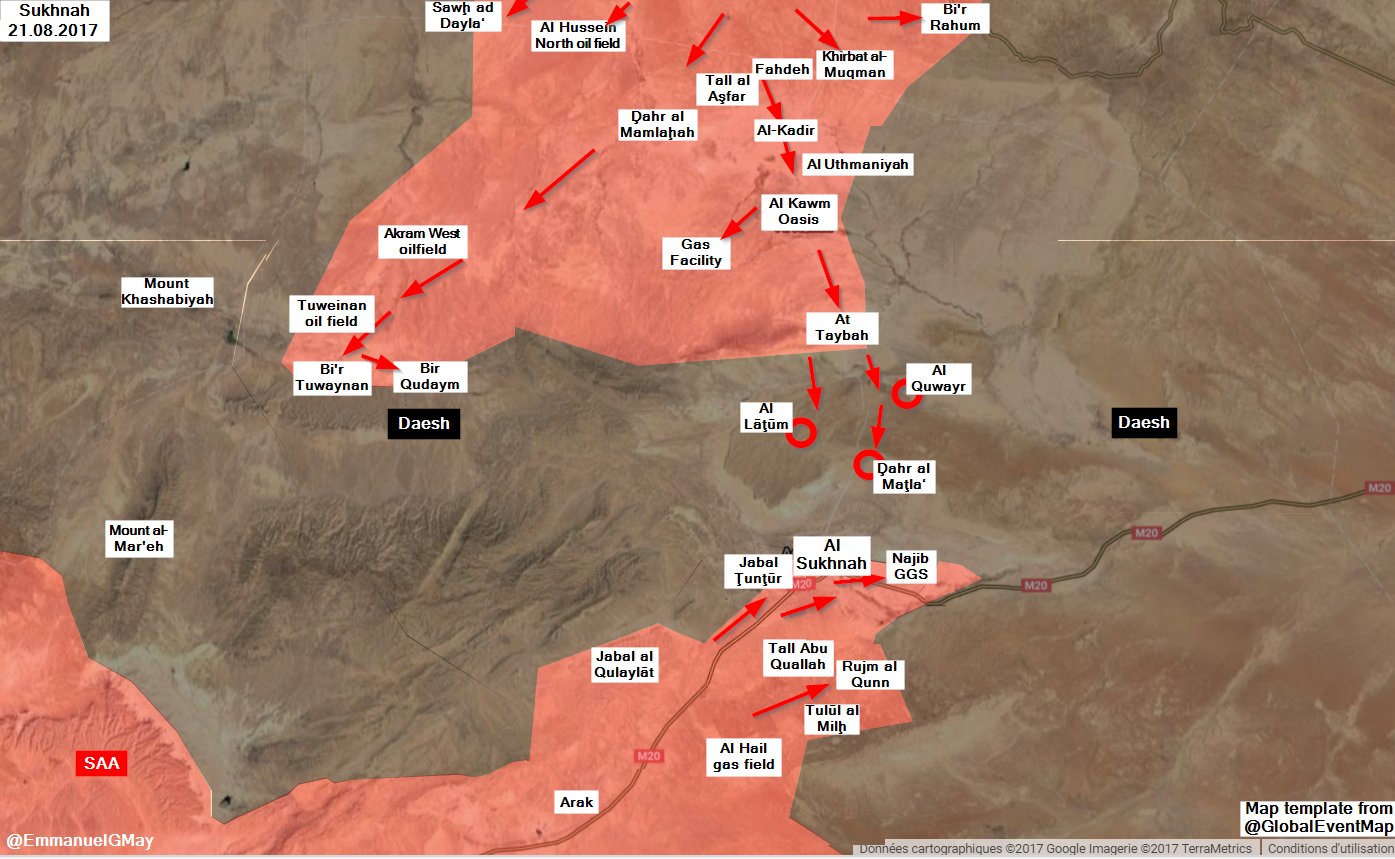 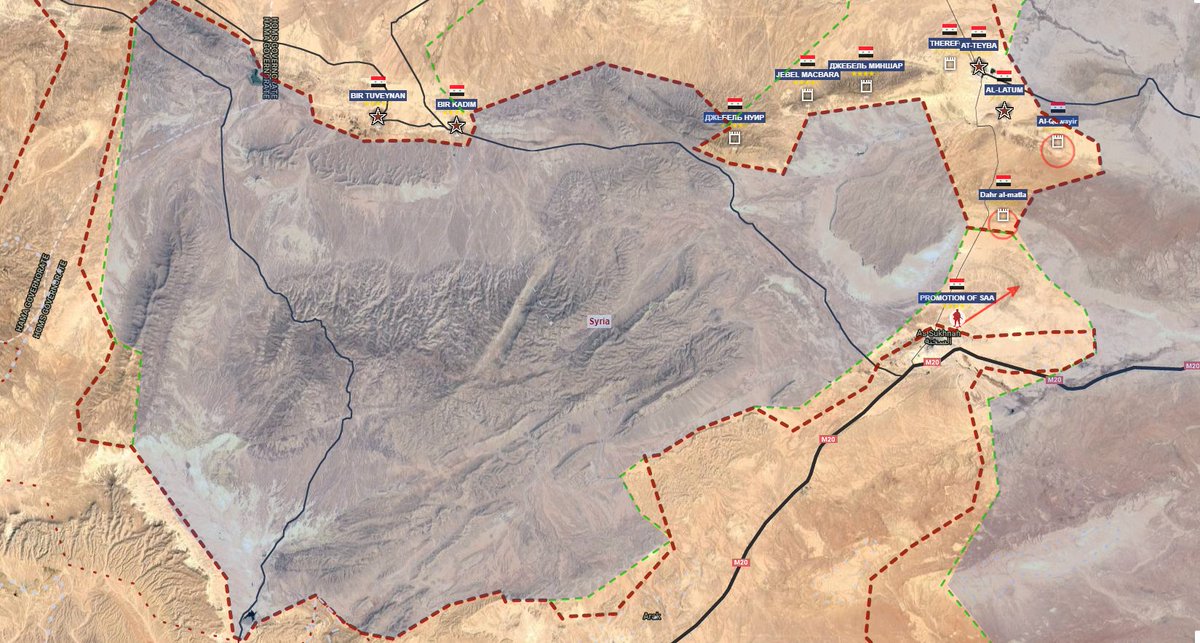 Also, the SAA has continued to chew off pieces Acerbating of the boiler, moving from Huwaysis to Akerbat. 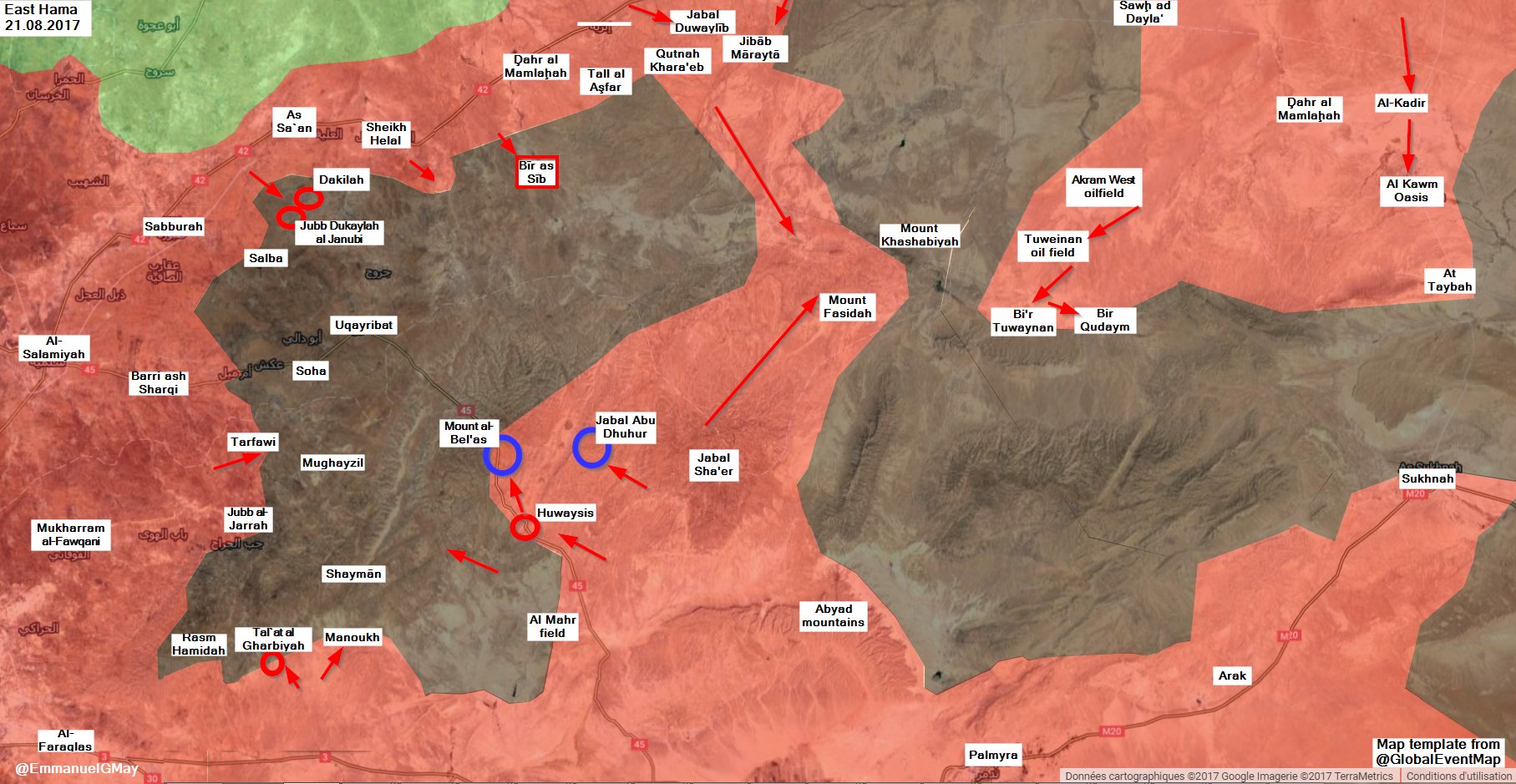 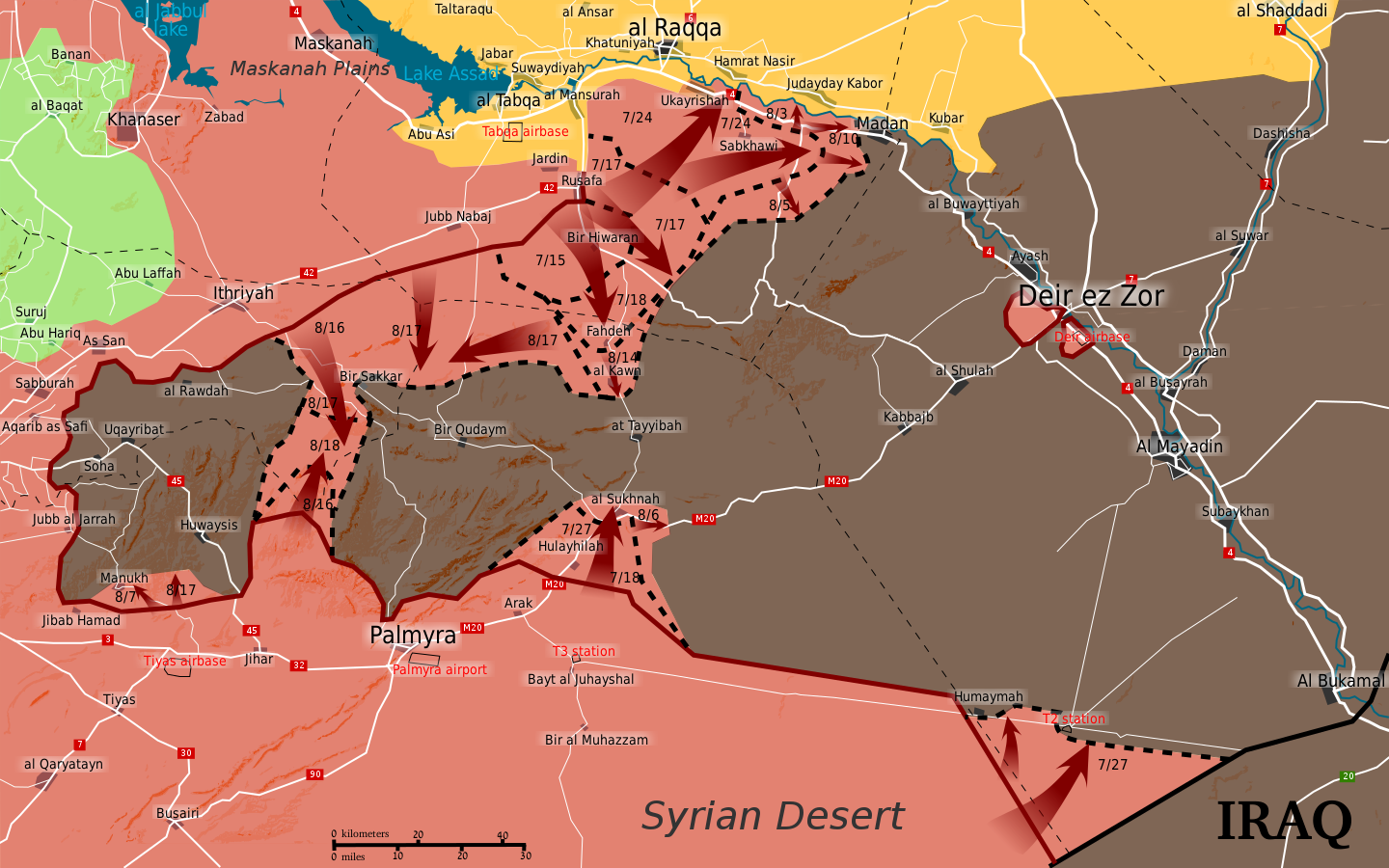 The General scheme of occurrence of SAA in July-August 2017.

Bloody tyrant Assad can not understand what he had lost, and it is necessary to hand over Aleppo to flee the country.

The battle near Salamis. Here DAESH still has a stubborn and organized resistance. But it will not save them, as they have the rear actually collapsed.

Plus street fighting in Raqqa, where the Kurds painfully pick out the “black” of the city’s neighborhoods. The first video filmed from the first person.