PS. It is worth noting that this morning in Tartus drove a transport with a fresh batch of M-30 howitzers (in a quantity of 21 pieces) + satellite images Mamima the beginning of may recorded the presence of AWACS aircraft A-50. In Russia, it officially commented on the spirit we have with Assad, the joint fight against terrorism, what they want, then deliver. As you know were the drain is Assad.In the next few months in Syria, apparently drives a lot more weapons (“Syrian Express” last week rides across the Bosphorus as elektrovenik) that Assad is not able to avoid the drain, with weapons which it is drained via Tartus. 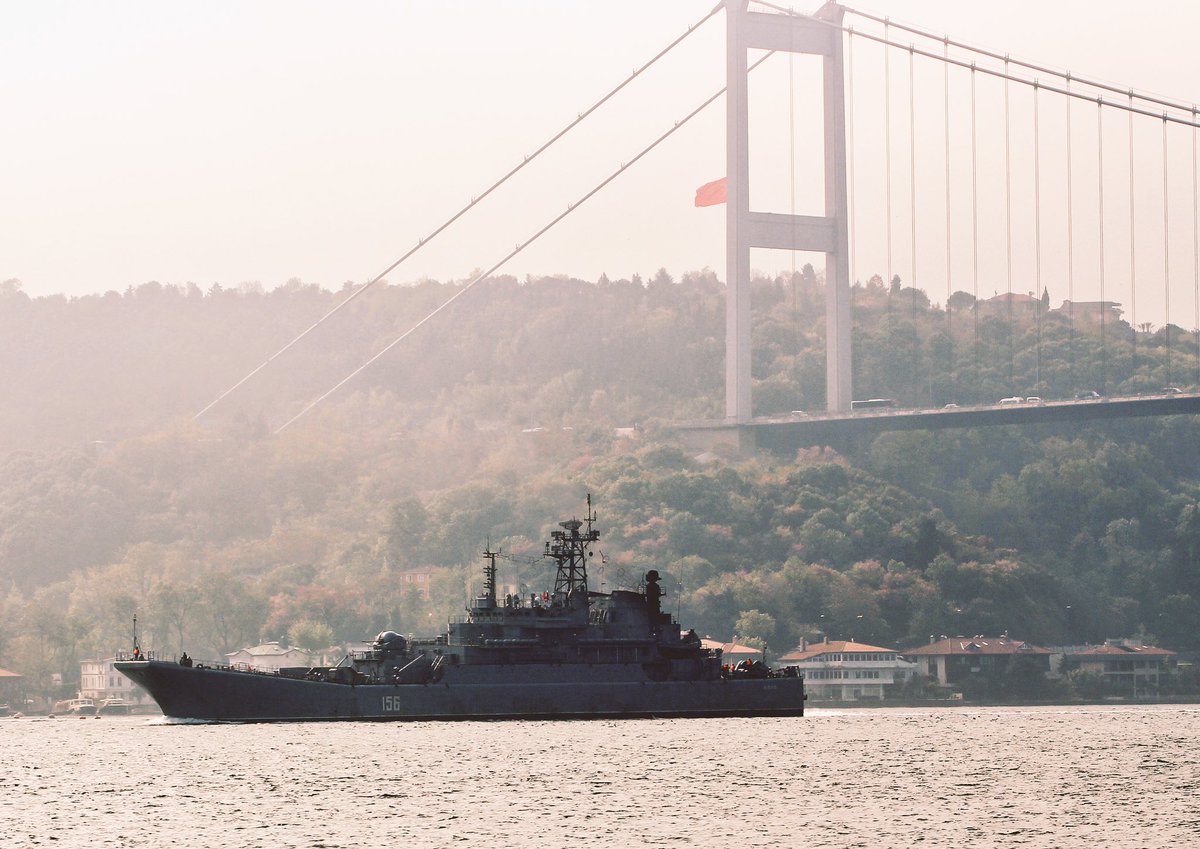 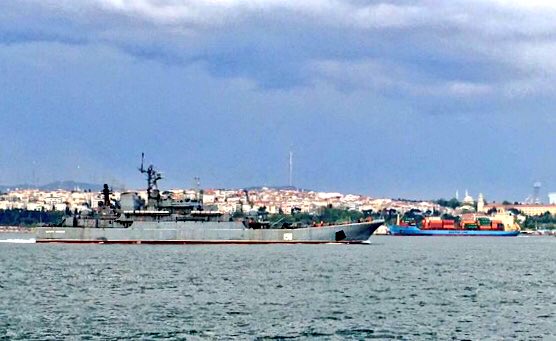 Simultaneously, it continues moderately-intense fighting in Northern Hama and Eastern HOMS + for the second day of the SAA actively probes the defense of militants East of Aleppo, with massive support videoconferencing – the focus has clearly shifted from the Northern Louts, although there are continuing air strikes. 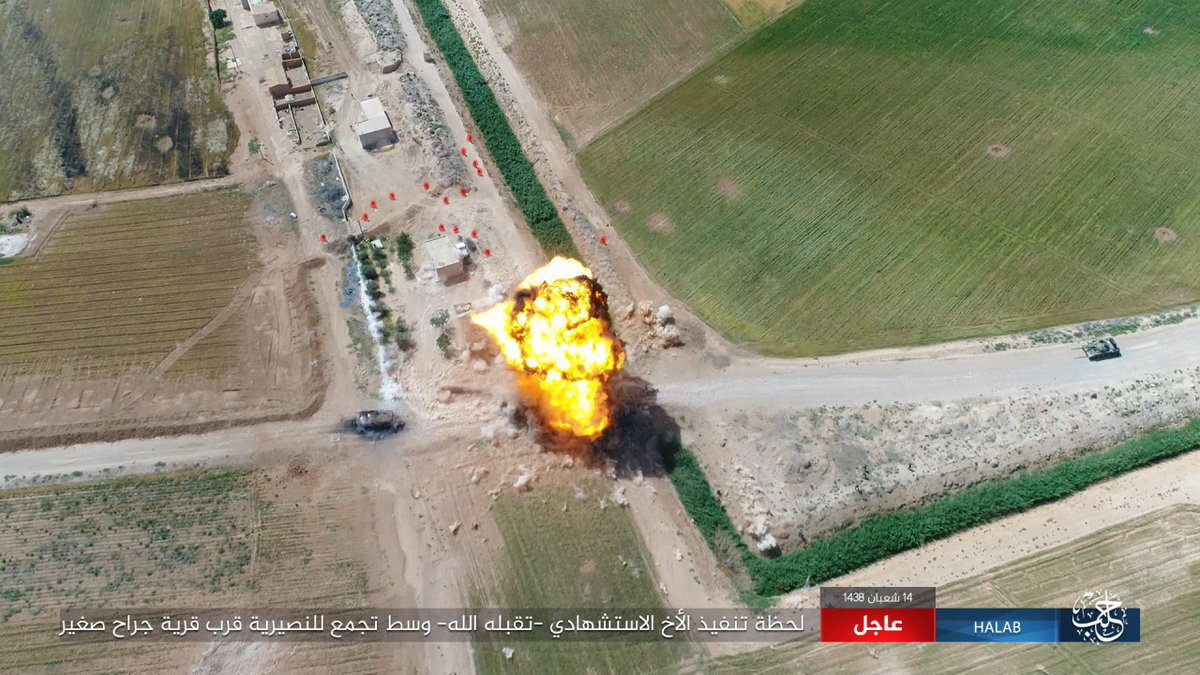 It is obvious that preparations are underway for hostilities against the Caliphate (the regrouping of troops and creation of strike groups requires a certain time), which we will see in the second half of may-early June. As the primary tasks is to sweep the area of the base of the Giro and promotion along the banks of the Euphrates to the administrative borders of Raqqa province + creation of prerequisites for the development of the offensive from the area Itree. Simultaneously, we can expect offensive operations to the North and South of the highway Ties – Palmyra, as well as the mounting of the strike group in the area of the Palmyra, for the ambitious offensive operations in the direction of Deir ez-Zor. 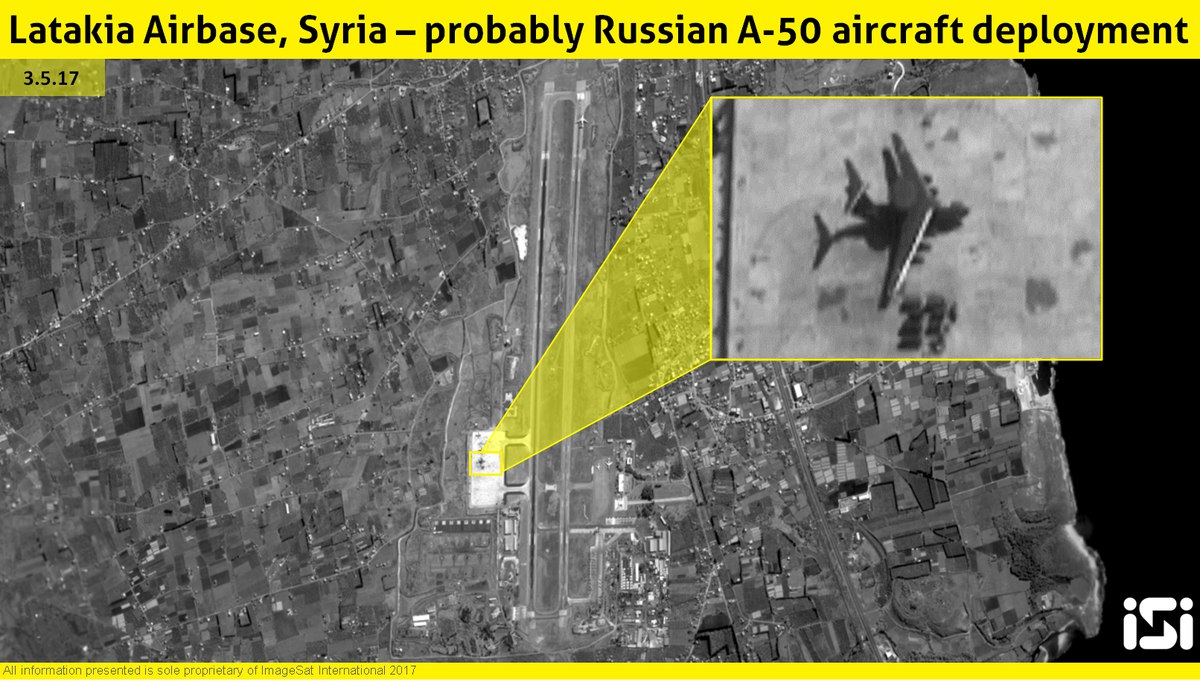 The growth of the zones of control of parties from 27 March to 9 may. 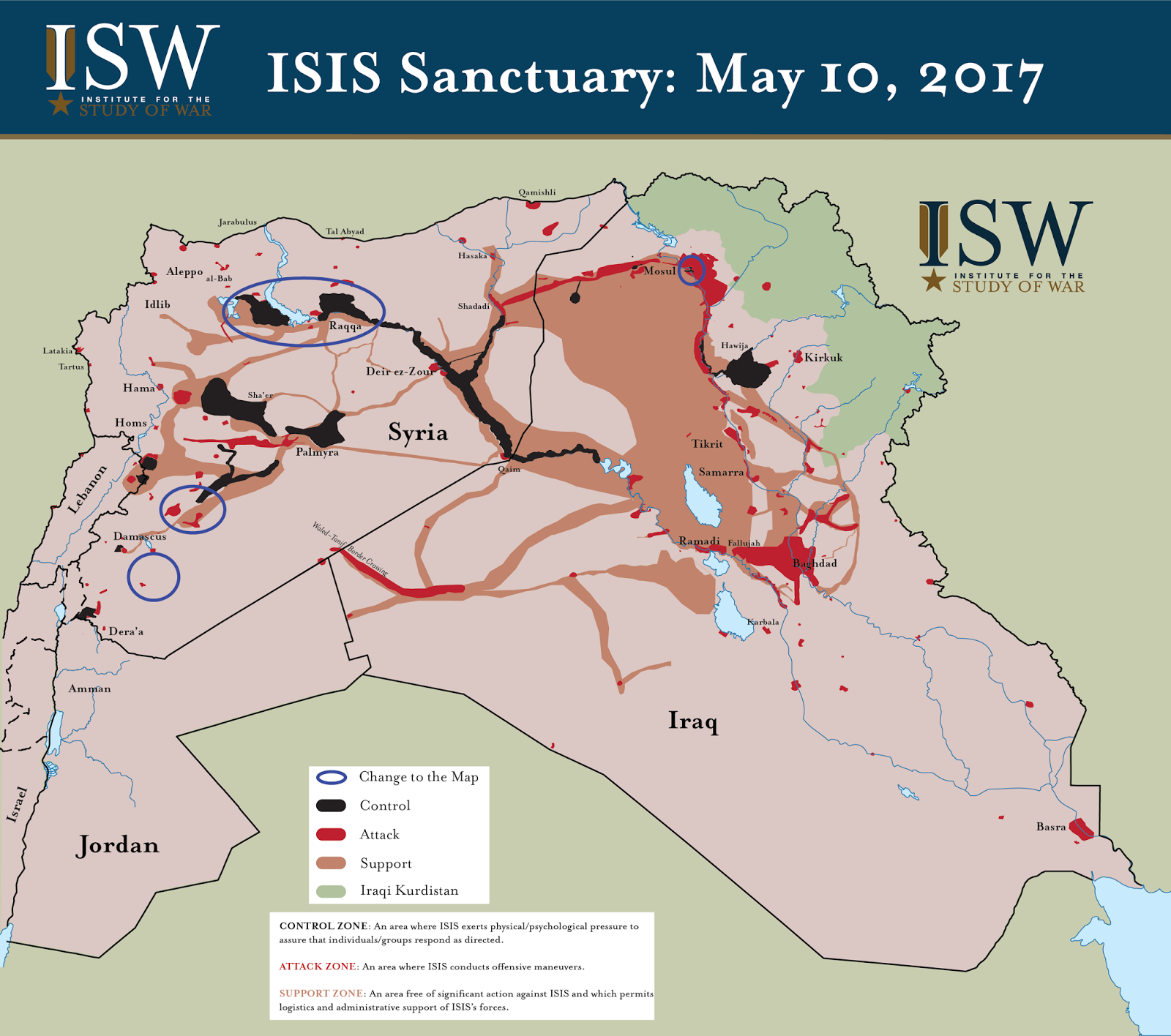 The bleak strategic situation of the Caliphate to 10 may 2017. Enemies pushing from all sides.

The situation in South-Eastern Syria. The Caliphate gradually replaced here and in the future here on the agenda will be the question of distribution of zones of control between Iran and the United States through their proxy structure.

Turkish wedge in Northern Syria. Erdogan is eager to be active, but the area Manuja cover the Americans and the Kurds formally apinski covers Russia. Activity against Assad is eliminated by agreements in Astana.

On the one hand a strategic dead end, but it is hard to believe that Erdogan will be able to permanently tame their ambitions. The front in Northern Hama. SAA never managed to completely break the defense of militants in the area of Morek and Lataminah, so the front is relatively stabilized, but not quiet. The question is, will it turn here SAA to the defense for operations to the East of Aleppo or regroup and then renew attempts to take “Al-Nusra” in Lataminah remains open.

PS2. The Kurds today, once again reported the capture of Tabqa, saying the sweep of the Northern districts of the city and the area of the dam, although according to reports, at least today, the fighting there was still going on. However, a desperate resistance fighters of special operative did not matter. 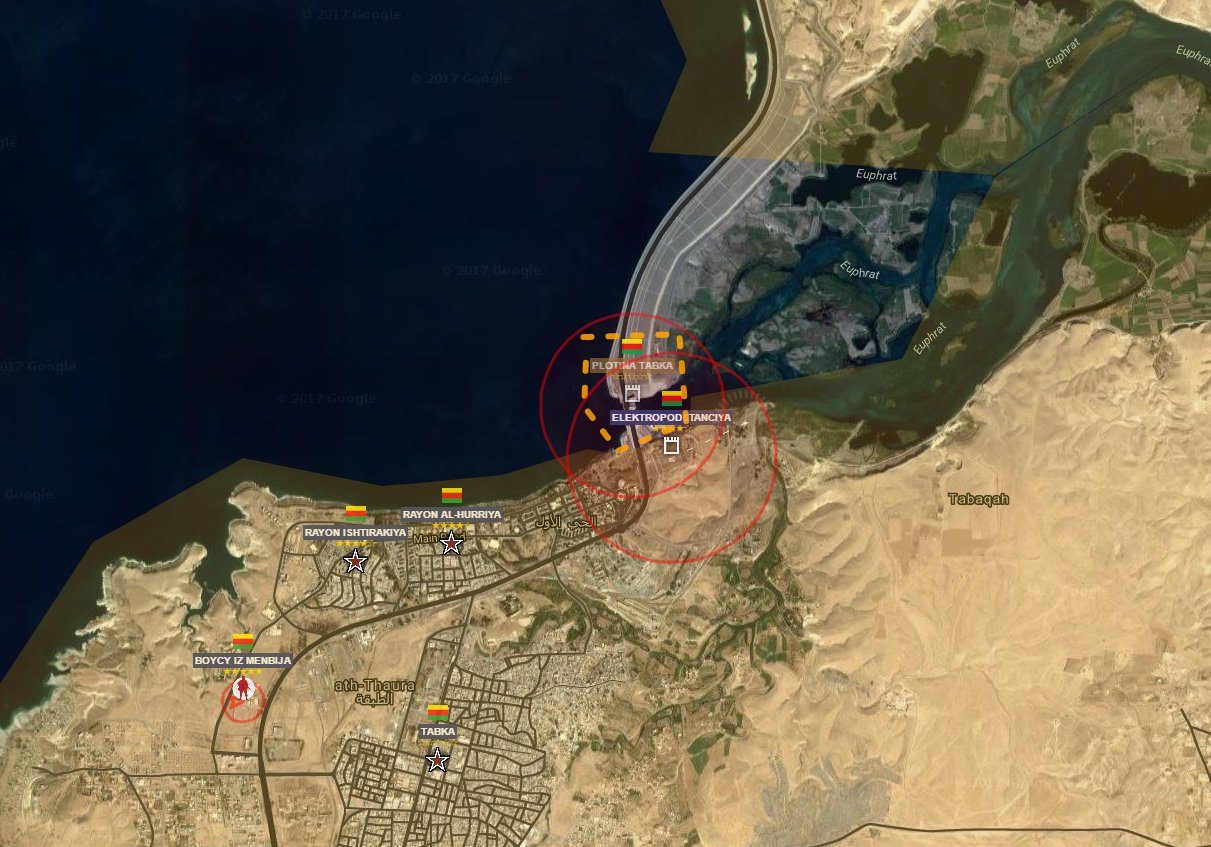 Last pockets of resistance “black” near the dam.

The General scheme of operation of the US capture of Tabqa. 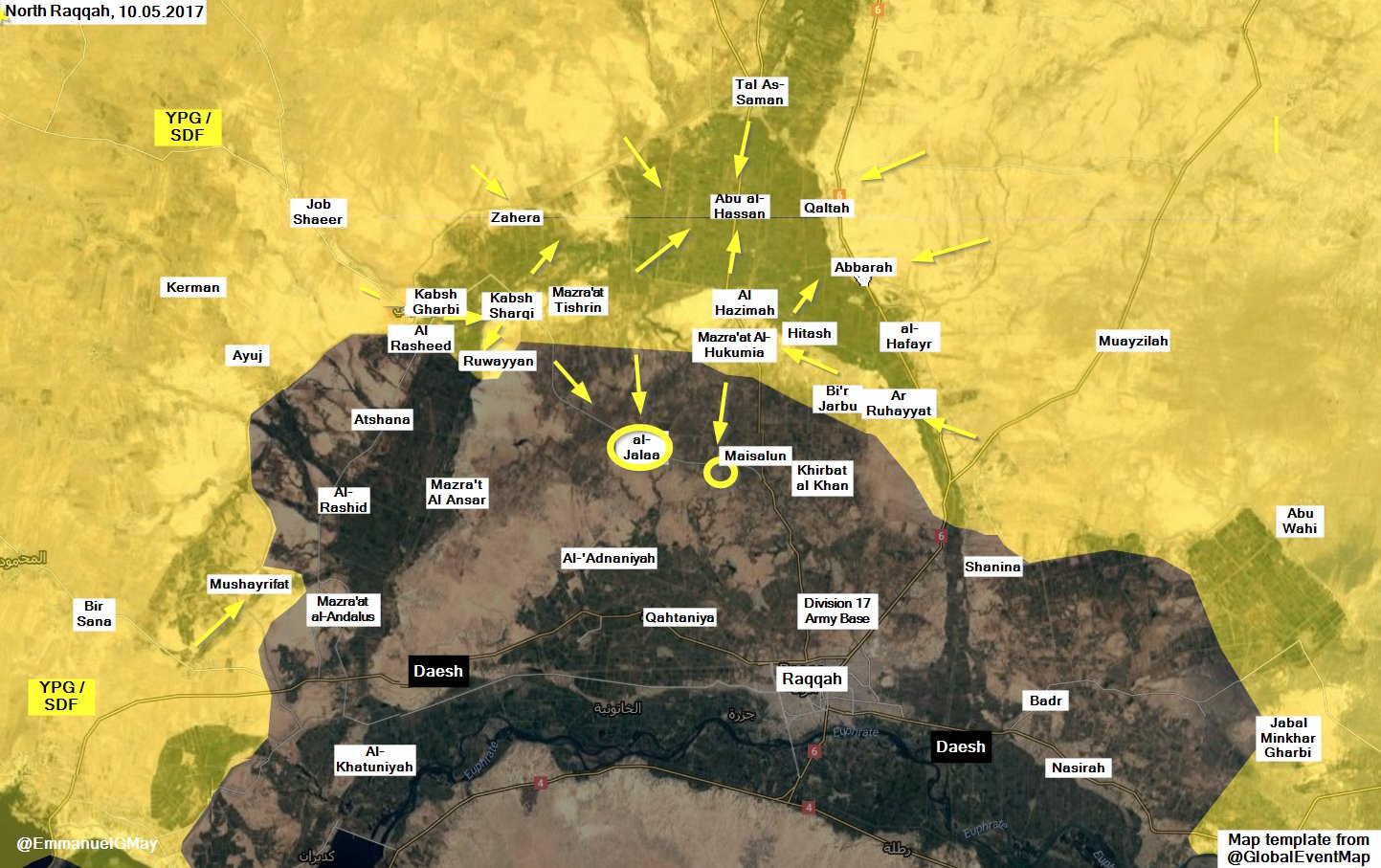 Development operations to the North of Raqqa. The promotion basically boils down to the gradual ousting of militants from surrounding villages to Raqqa.

The storm will begin before the supply of the necessary weapons from the US and cutting the roads leading into Raqqa in the South.

In this context, it’s funny to remember a pretentious statement of the Minister of defence of France, who said in March that the assault on Raqqa will start here.
It was smooth on paper, Yes forgot about the ravines…

However, militants still will not save – the resistance only delays the fighting, but has little effect on the final result.