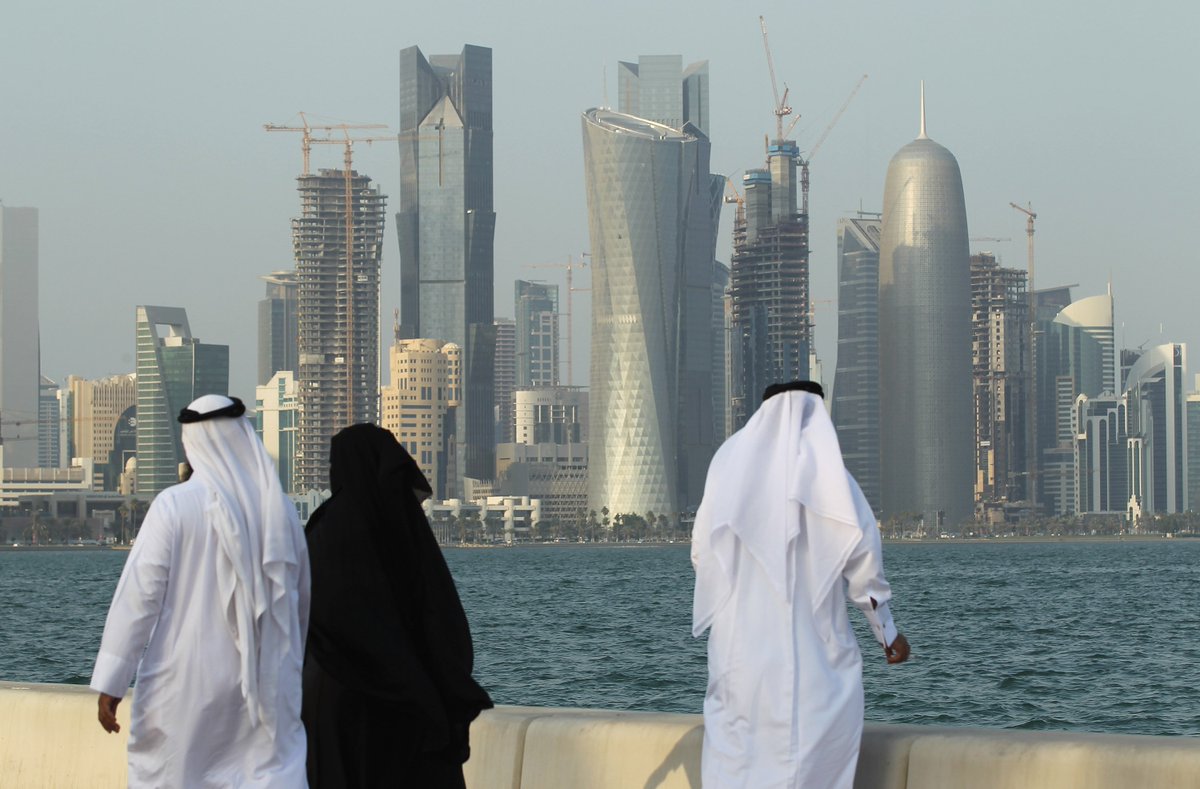 Qatar had rejected the ultimatum from Saudi Arabia  http://colonelcassad.livejournal.com/3498184.html and other countries, calling forth in it demands “unrealistic”, then of course it’s hard not to agree, because of the required requirements has actually offered to Qatar to waive sovereign foreign policy. According to the statements of the Qatari authorities, an official denial and counter-proposals of Saudi Arabia will be transferred through an intermediary Kuwait.

Director of TV channel “al Jazeera” also said that the channel does not want and will not close and the calls to close it, an attack on rights and freedoms, as if it sounds funny in relation to the monarchies of the Persian Gulf.
It is obvious that a strong position for Qatar, it wants solely to be a scapegoat for the sins of all the rest, supported by the military support from Turkey and political support from Iran.

That alone puts Saudi Arabia in a very awkward position. A failing war in Yemen has considerably weakened the Kingdom and demonstrated the weakness of the Saudi army. The failure to hold accountable the small Qatar will also be interpreted in the region as a sign of political weakness of Riyadh, which will be used the same Iran to expand its influence in the Persian Gulf. 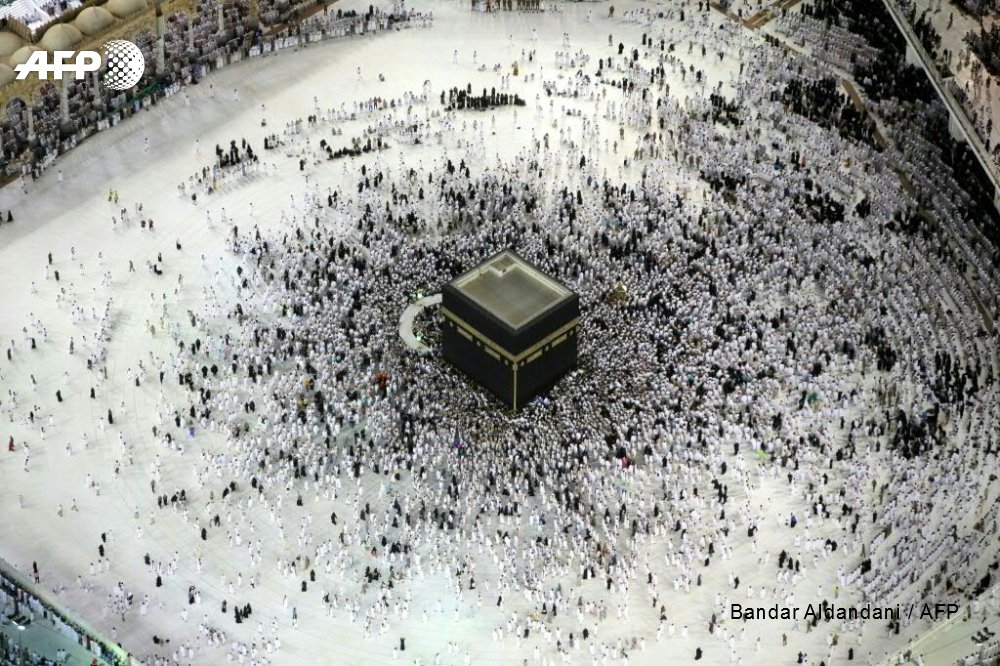 The attempted terrorist attack in Mecca and the defeat of one of the terrorist networks in Saudi Arabia in this regard can have far-reaching consequences. On the one hand, can all be attributed to the activities of the Islamic fanatics, for whom Saudi Arabia for a long time acted as a support base. But Riyadh has already made a statement, where he indicated that the attack was planned from abroad. And here in Riyadh, there are options. You can blame the Caliphate, emphasizing the fact that look, we are fighting terrorism, and the terrorists to attack us, to wash away the accusations of support for the Caliphate.On the other hand, you can blame Qatar, pointing out that the causes of the terrorist attack on countries that want to “fight terrorism” and trying to encourage Qatar to account. There is another option – to blame the attack Iran in the framework of the General policy of aggravating tensions with Tehran. The recent terrorist attack in the capital of Iran and the subsequent threats against the terrorists and their sponsors may, if desired, have been linked to attempted terrorist attack in Mecca.In this respect, to Riyadh this attack fairly easy (who would not have done, including conspiracy theories connected with the fact that this statement from the intelligence services of Saudi Arabia paves the way for intervention in Qatar), as it allows to appeal to the insult of religious feelings of Muslims and to direct it against foreign enemies Riyadh. After the failure of Qatar on the implementation of the ultimatum, Erie Riyadh faces a difficult choice.Or to lose face, resigned to the failure to punish Qatar, or dramatically increase the degree of escalation, going to plan a coup attempt in Doha. 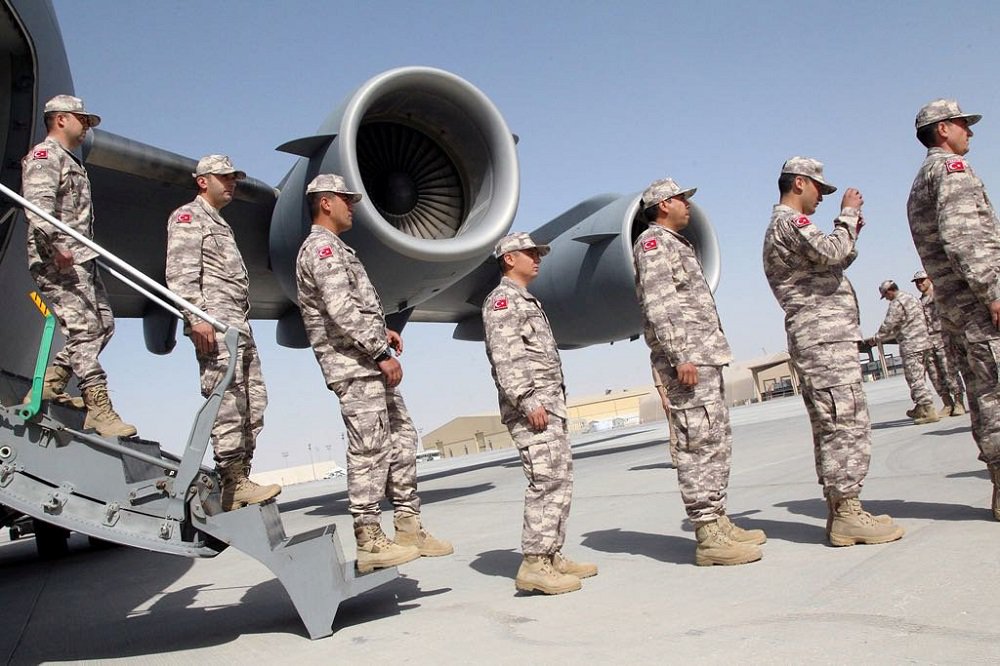 Yet the situation around Iran win Qatar and Turkey. Iran enjoyed watching as the camp of his enemies torn apart by internal contradictions, which allow Tehran to cultivate its military and political influence where until recently his position was extremely weak, and for that, he doesn’t spend any space efforts. Effective policy in Iraq, Syria and Yemen, considerably weakened Saudi Arabia, which is even with US support, obviously inferior in the long chess game with Iran. Another twist in this story is Erdogan. This situation has enabled Turkey to get a military base in the Persian Gulf, to deploy a permanent contingent to act as the actual guarantor of the independence of Qatar and act as an independent player in the disassembly of Riyadh with Tehran. In recent years, this is perhaps the most significant foreign policy success of Erdogan (see transfer of Turkish troops in Qatarhttps://twitter.com/A_Ozkok/status/878532474975997952), which yielded a number of issues Russia and Iran, could emerge from international isolation, to eliminate the threat of creating a unified Syrian Kurdistan and to seize control of the terrorist groups in Syria from Saudi Arabia. Qatar to Turkey is another way to remind the region that Turkey is not without its expansionist claims related to the expansion of its military-political influence.Therefore, as Qatar, Turkey rejects the claim of Saudi Arabia related to the deployment of Turkish military bases in the former area of Saudi influence, which is now just a thoroughfare – in a country besides the Americans, representatives of the Islamic revolutionary guard Corps and a contingent of the Turkish army in Qatar are representatives of the “Muslim brotherhood”, “al-Qaeda”, Hamas and ISIS. So much for this little monarchy. 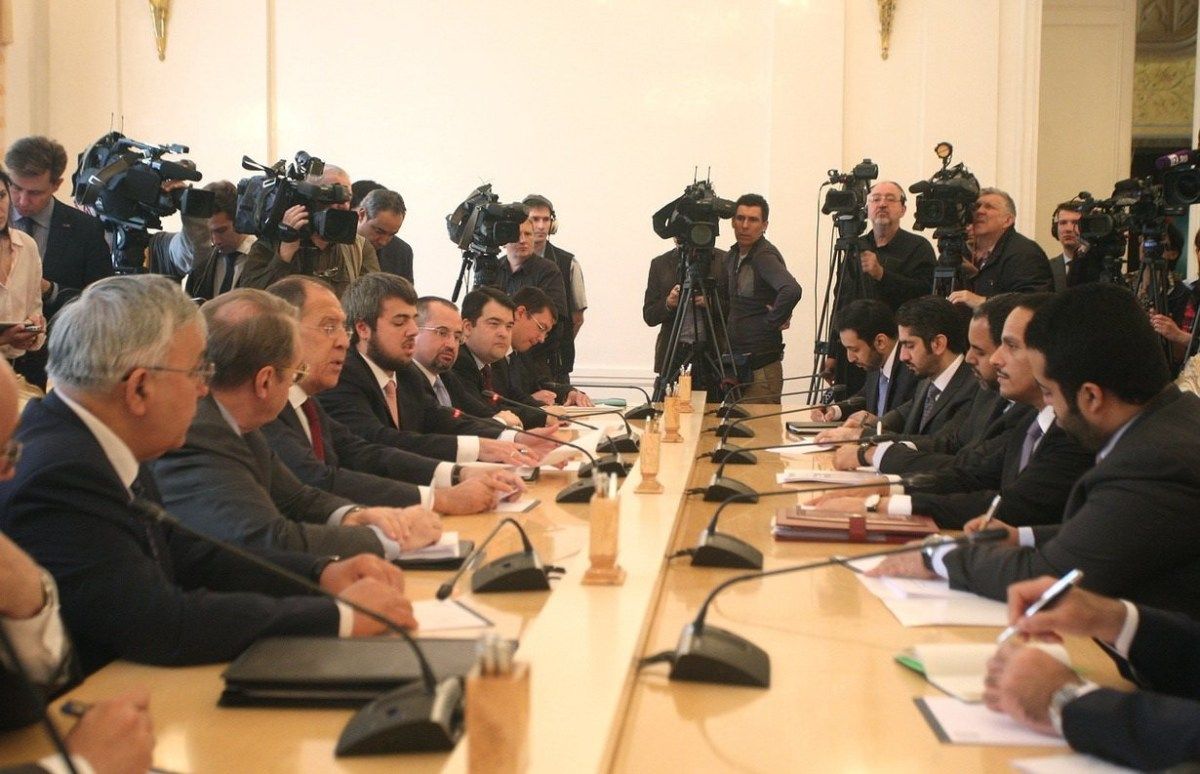 For Russia the crisis over Qatar is largely beneficial, because now instead of a single camp of enemies of Assad, it is possible to observe their internecine squabbling trying to pass each other responsible for the failure of the preceding policy.
A couple of years ago, the situation when Iran and Turkey will work together to cover Qatar (!) from Saudi Arabia, would look perfect oxymoron. Now, it is perceived as a logical consequence of the tectonic changes in the military-political situation in the middle East. Intervening in the Syrian war, Russia has accelerated the process of reformatting the region, and military successes helped to change the fact that part of these transformations was carried out in the best possible way for the Russian-Iranian coalition, and Assad. This activity is not allowed to circumvent the strategic stalemate in Ukraine, but allowed due to the expansion of space games, to the possibility for an active foreign policy, which in turn allowed to avoid international isolation and forced USA to reconsider its strategy in the middle East. While Russia maintains its strategy, so that allies and fellow travelers have the opportunity to significantly improve their position.Syria, Iran and Turkey in varying degrees, appreciated the benefits of cooperation with Russia, so it is not surprising that when Qatar beat pots with his accomplices in support of international terrorism, among other things, ran to negotiate in Moscow that works closely with Tehran and Ankara, who spoke in support of Qatar. Of course, we should not expect that Qatar will become an ally.As a maximum, the Kremlin will decide by Qatar various issues in the oil and gas industry + will use the problems of Qatar in its confrontation with the United States, where Qatar and Turkey, may be the companion of the Russian-Iranian coalition. But this role of Qatar as yet undefined, because it will depend on whether the current dynasty to sit in Doha and stand under severe external pressure, which can dramatically increase if the United States will feel that the drift of Qatar to Moscow and Tehran was too dangerous.Then there may come a time for “democratic intervention” in Qatar to overthrow “undemocratic and terrorist regime.”