Turkish sources reported that Russia is negotiating with Kazakhstan and Kyrgyzstan on the subject of the invasion of these countries to Syria.

In areas of de-escalation in Syria can be accommodated by the military of Kazakhstan and Kyrgyzstan, reports “RIA Novosti”. As told the Agency the head of the Duma Committee on defense, former commander of the airborne troops Colonel-General Vladimir Shamanov, now the Russian authorities are negotiating on this issue with Astana and Bishkek.“Now go negotiations, the issue to members of the military police of Russia took part in the task of maintaining order in Syria, the issue offers our colleagues from Kazakhstan and Kyrgyzstan. There is a study of the issue. There are intentions and the beginning of the negotiation process, the decision has not been made yet”, — said the Shaman.The MP also explained that the parallel negotiations with Turkey.

Earlier today, a representative of the Turkish President Ibrahim Kalin told the Haberturk television channel that the negotiations with the special representative of the President of Russia Syria, Alexander Lavrentiev discussed the possibility of placing in zones of de-escalation in Syria, Kazakh and Kyrgyz military “But all of this requires detailed work, cards are considered: who will go where, how many soldiers and where they will have. That is, 300 or 500 soldiers need? Now in Idlib there are more than a million people. Now the military are discussing how many soldiers you need for the amount of the population.We expect that at the July meeting in Astana these issues will be specifically discussed,” said Kalin

PS. Overall, quite a reasonable idea.

As part of the fronts after the agreement in Astana was quiet, the mode of delimitation of the parties it would be convenient to use forces of third States not directly involved in the conflict, and the released forces of the Syrian army and its allies, to use on the fronts where a truce is not in effect. In light of the exacerbation of the race for territorial control in Central and Eastern Syria, once the forces for these operations to Assad and Co. sure would be nice. Of course, to take and to agree on sending hundreds or even thousands of soldiers are not so simple, and therefore quite cautious comments in the spirit “may turn out, maybe not.” But of course? for development operations in Syria, it would be better able to negotiate. Plus the emergence of such peacekeepers are tightly linked with Russia will allow the Kremlin more actively promote the format of the postwar settlement. 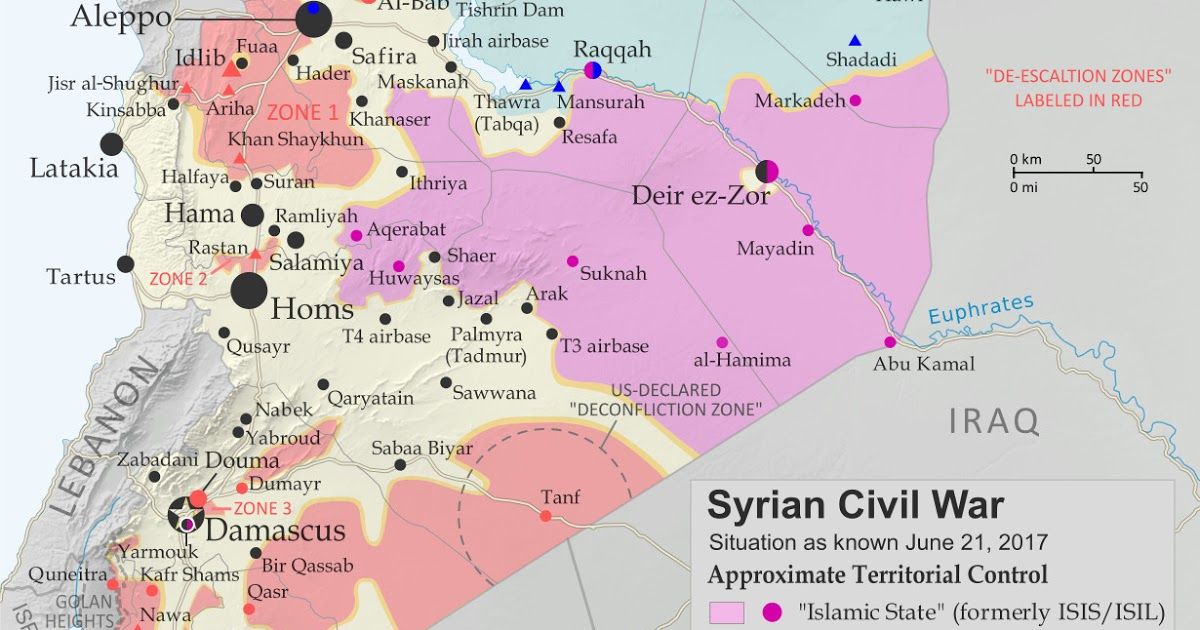 The overall situation. The territory controlled by the Caliphate heavily reduced. Next loss – the territory between Arak and Respoi.

Block East of At-Tanta not worked. Already started the flow of Shiite volunteers in Siri. In the medium term, we expect traffic along the border to Abu Kemal.
However, a fresh RAID of the Caliphate in the area of ATA-Tapa shows that Iran and the United States there is very little force to firmly control the vast territory. 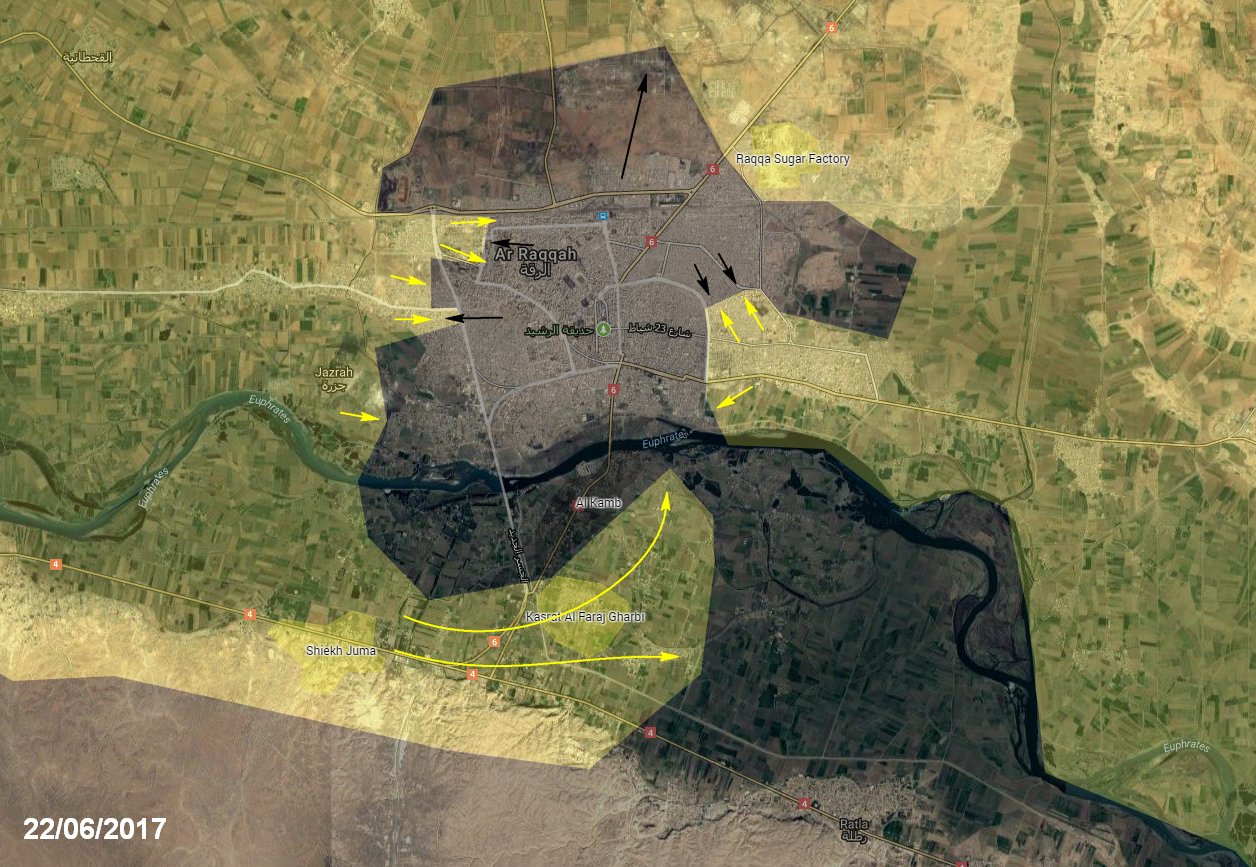 The Kurds are very close to the complete environment of Raqqa. Moving along the South Bank of the Euphrates, promises a solution to the problem in the next few days.

In the city of success are less optimistic. The insurgents are persistently on the defensive, actively applying bombers. Loss happy significant. 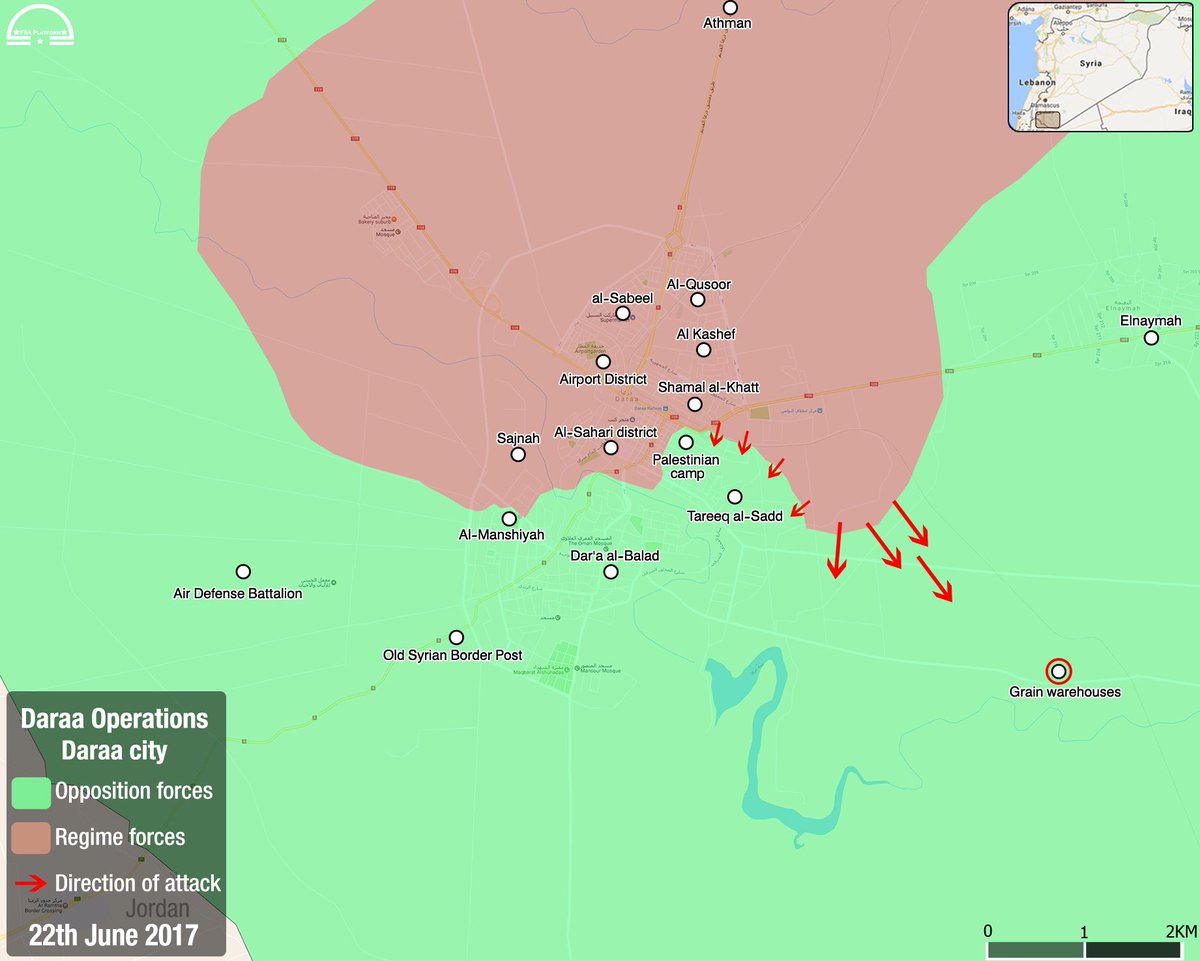 In the area of Deraa as expected, the continued attacks of the SAA, but until significant results are not achieved.