Briefly about the development of the offensive of the Syrian army.

The case of the Syrian army and its allies the last couple of days are more than fine.

1. Yesterday liberated a vast territory to the South from the road Palmyra-Tiyas that has large strategic implications. Secured the southern flank of the groups leading the offensive in the Palmyra, eliminated the threat of invasions from the South on the communication line of the advancing groups completely eliminated any threat of al-Qaryatayn, fighters in Eastern Qalamoun completely cut off from their colleagues operating in the area of the Jordanian border, created excellent conditions for the further release of Central and southern Syria + expect increased transactions of the SAA in Eastern HOMS to cut off the ledge to the North of Tiyas.

2. The territory has been without the big fights, the Caliphate openly began to withdraw its troops to the East, well, the SAA began to occupy a few towns and junctions of the roads that strengthens Assad in Central Syria. Incidentally, aviation has worked at the retreating fighters, smashing one of the columns. After the last success, Assad controls the maximum territory in 2014 and there is every reason to believe that in the near future, it will continue to grow the liberated territory.

The defeat of one of the retreating columns of the Caliphate by the Syrian air force. 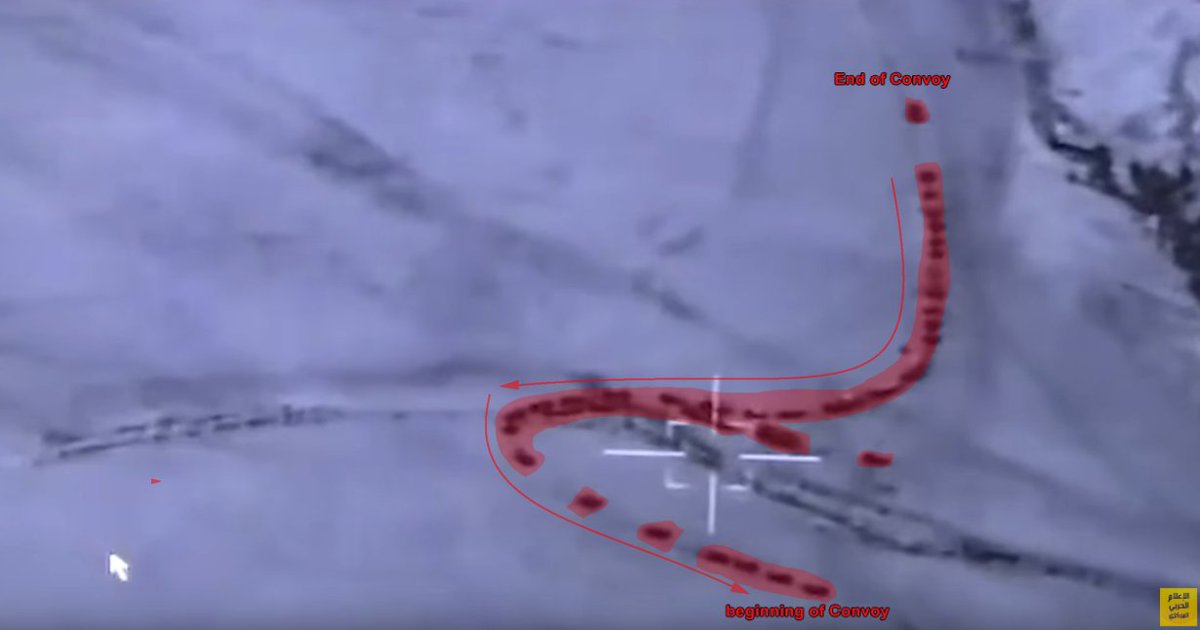 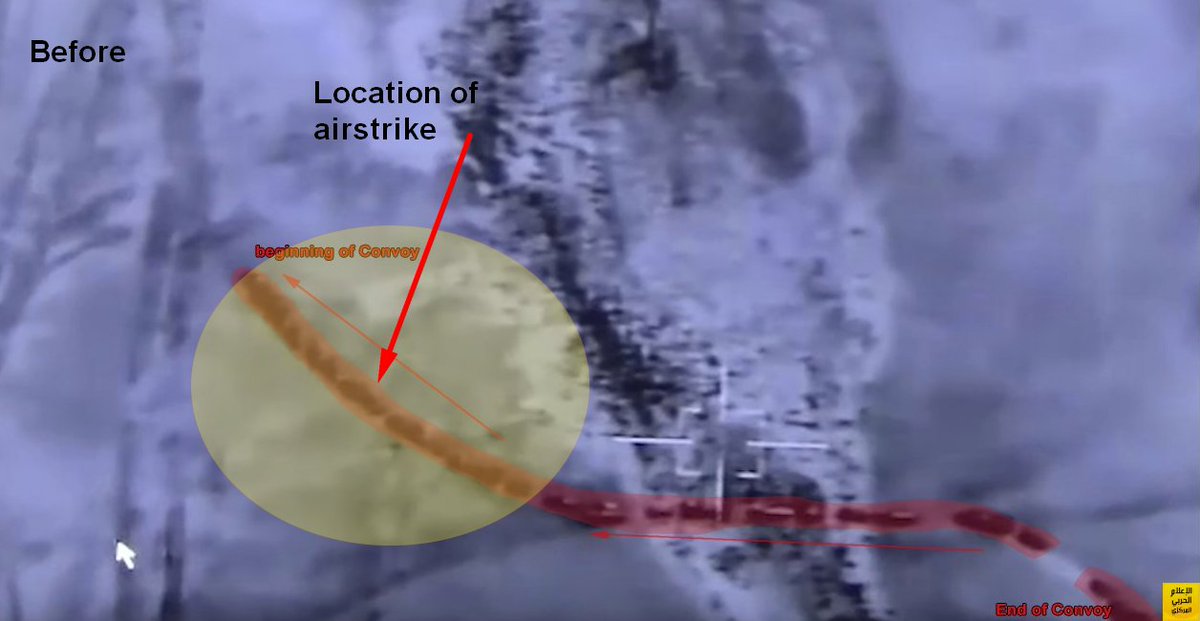 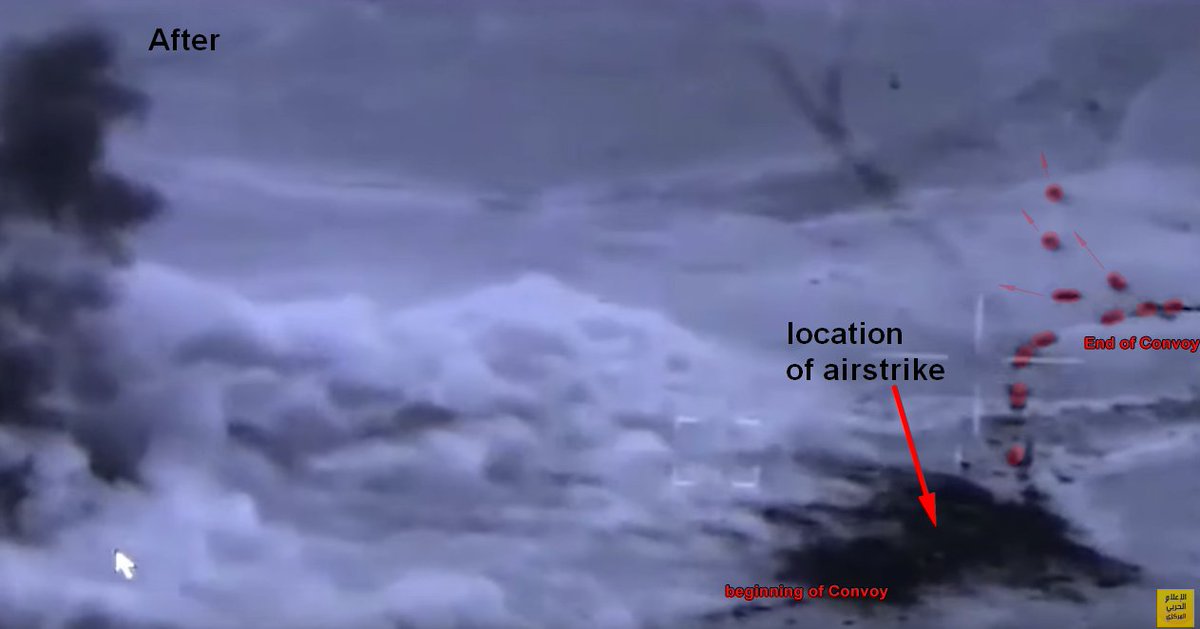 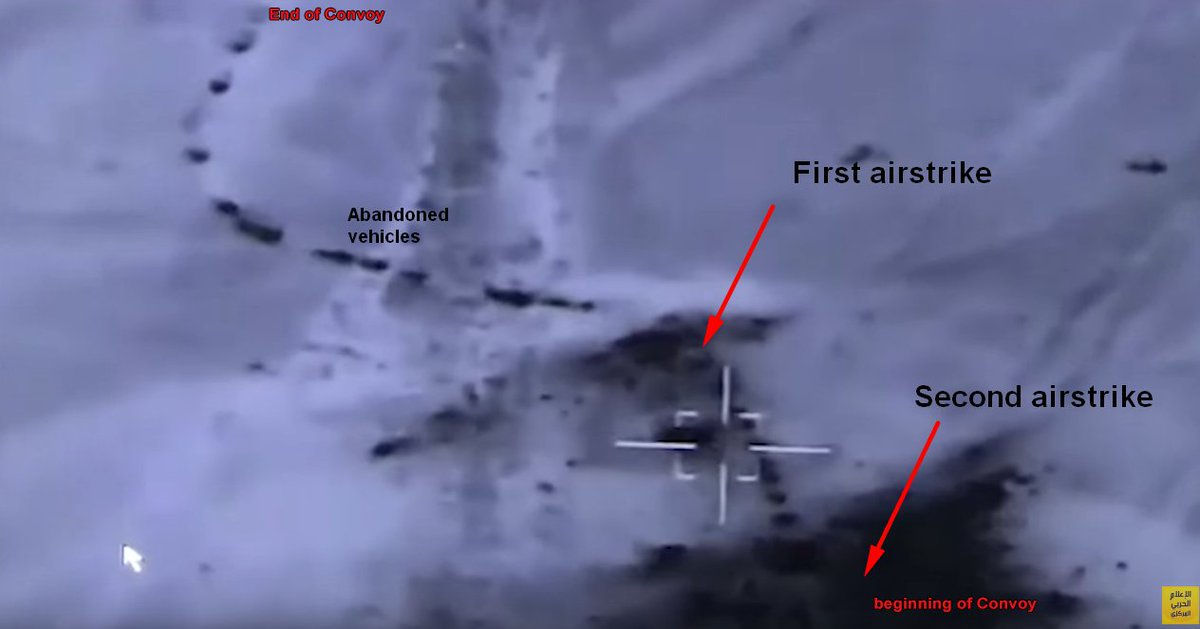 By the end of spring 2017 it became clear that the Caliphate is no longer enough energy to keep a vast territory and to protect its major cities, so the “mini-Empire Baghdadi” beginning more and more to shrink in size, to which we can not but rejoice. However, do not to write off the Caliphate before it is gone, while it is still able to concentrate significant forces, it is still quite capable of inflicting enough powerful blows, including with the operational objectives.

Development operations in southern Syria (the piece of territory in Qalamoun have not yet filled). 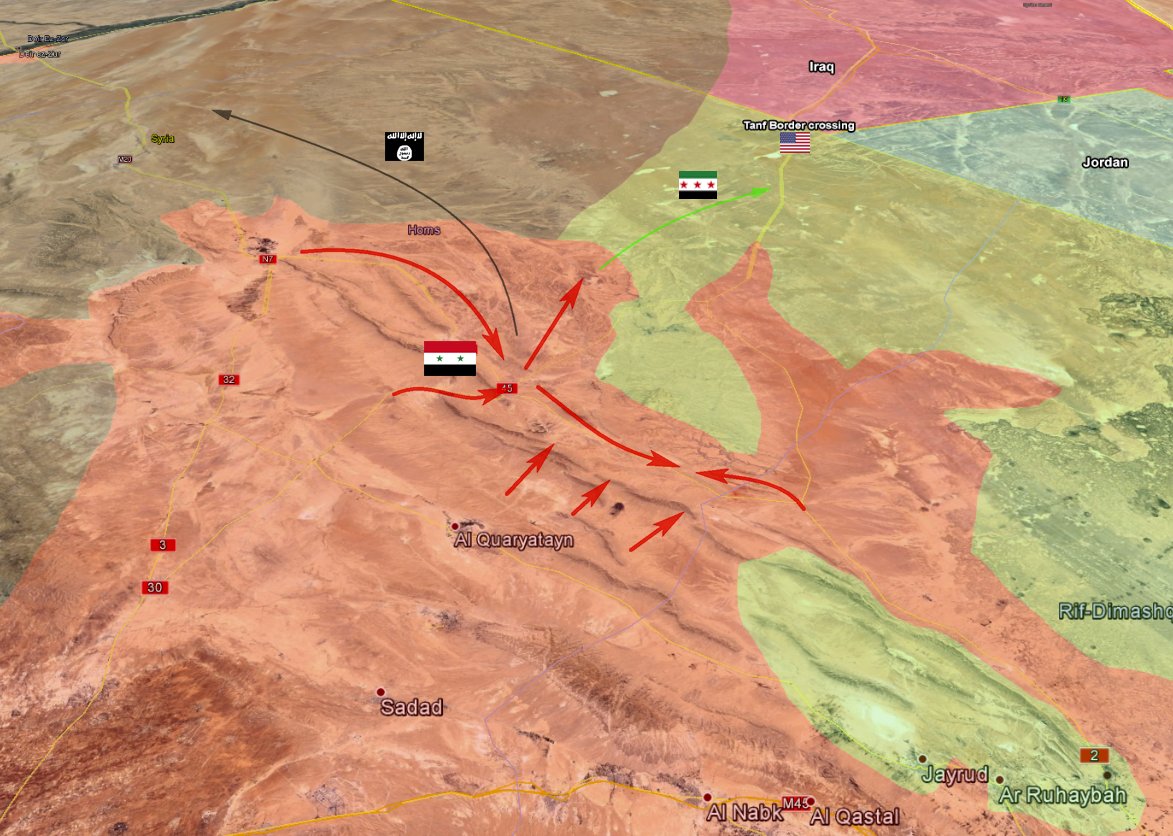 “Green” in Eastern Qalamoun is now unlikely to be able to help implement the ambitious plans of the U.S. associated with the use of Jordan as a springboard for penetration into Central Syria.

3. Simultaneously, the ongoing promotion of the SAA along the Syrian-Jordanian border. It is obvious that Russian-Iranian coalition enjoys the fact that the truce in Astana gives an opportunity to mount a serious power against the Caliphate, has sharply increased its military presence in Central and southern Syria, resulting in a huge area free often without serious resistance from the enemy. Of course, all these great colored “dumplings” on the map, in practice, are reduced to control of quite scanty road network and small towns.However, control of this area brings the solution to the task of establishing control over a part of the state border of Syria and at the same time accelerates the expulsion of the troops of the Caliphate from southern Syria, and also creates further prerequisites for the development of liberating Deir-ez-Zor. 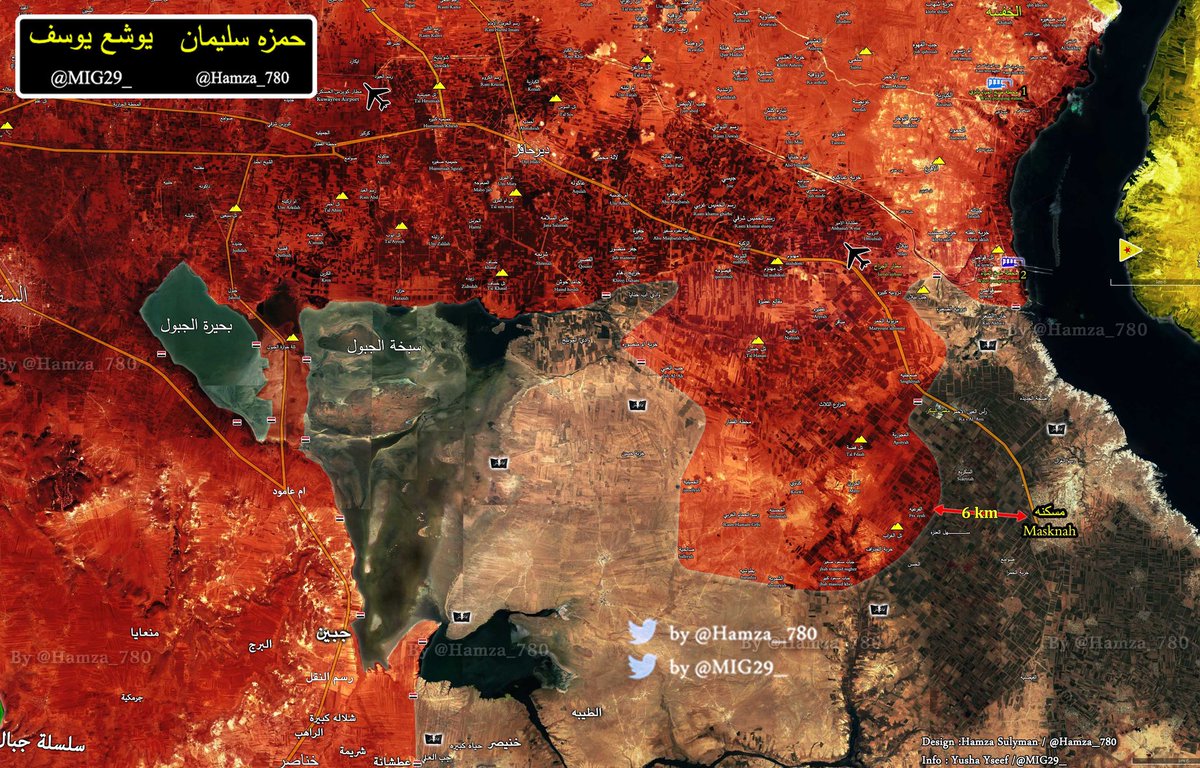 By the morning of 26 may to Maskana remained of the order of 2-4 kilometers.

4. In parallel, developing the SAA offensive East of Aleppo. The army continues to “turn off” the front fighters South of the base Jira, accented further to the South, which will lead to the elimination of threats from the Caliphate to the highway Khanasser-Aleppo. at the same time is breaking the defense of militants in the villages on the southern Bank of the Euphrates, with the prospect of promotion to the American enclave at Tabqa.

In General, things are going. We can clearly observe how the political benefits achieved by Russia and Iran in Astana, in practice, are converted in significant changes at the fronts of the Syrian war.
And this is not the last changes on the map of the Syrian fronts, which we will see in the coming months. However, always keep in mind that the possible intensification of the fighting in Hama, West of Aleppo, East Ghouta and Deraa (where the fighting actually is not stopped) that may require the SAA and its allies reduce the pace of offensive operations and the transfer of forces on more traditional fronts. Well, about Deir ez-Zor should not be forgotten, the enclave is still in a very difficult position.But while there is a kind of window of opportunity they need to use to the maximum that strengthens both the position of Assad, and Russian-Iranian coalition.

“Assad must go”, “Russia runs out of Syria” and all that…