Today I visited the Victory Day celebrations in Sevastopol.
What I would like to mention:

1. People were just sea. No holiday in our country can not gather so many people in one place, and to collect without any coercion – people are going to celebrate it in his heart. And that’s good.
2. Symbols were many and various. This year the Soviet was significantly higher, especially due to the flags with the image of the “order of great Patriotic War,” and replicas of the Victory banner. Purely visual – tricolor and the red flags were roughly equal, then distribution are the flags of the Soviet Navy. The same was found the flags of Novorossiya, the various branches of the armed forces and even the flag of Kazakhstan. Flags are not specifically distributed in the area Ushakov sold them with it and every man was free to decide if he needs a flag. The flags were at 150-300 rubles.Many brought their own + inhabitants of houses in the Central ring richly unfurled the flags of Russia, USSR, Soviet Navy, banners of Victory.
3. Of personalities saw 2 images of Stalin (1 poster and one star) and 2 Nikolaev II in the tail of the column “Immortal regiment” (one poster and one of Impero with his image). There were pictures of the marshals of the Victory.
4. A lot of children in military uniforms and forage caps – a very popular children’s tunics, and sailor form. Army is back in fashion.
5. According to the technique everything is pretty standard – “Tigers”, “Shells”, C-300, D-30, Msta-B, BTR-80, BTR-82, Bastion and various trucks. Tracked vehicles were not. Were very popular pictures on the BTR-82.
6. To Nakhimov square there was absolutely no break, about the DOF started a live jam, which to overcome was virtually impossible – the moral, to go to the parade must be much early to get good seats.
7. War veterans were on the podium next to the building, Zach.Assembly, but also veterans of the armed forces of the Soviet officers and citizens are willingly shouted “Thank you!” and congratulated on his “Victory”. In the columns also sang songs of the war years I’ve read a congratulatory poems to the veterans. As it was unorganized, often worked in discord, but alive and sincere.
8. “Immortal regiment” was a great success – classic living river that powerfully looks like from the outside, and inside. This year took place in the column, a very spiritually uplifting event. When all explicit and imaginary shortcomings of the action, it must continue to evolve. The main thing that it is – a living principle, which comes from the people. The worst thing with the “Immortal regiment” can be done to turn it into a state of Patriotic event, or trying to artificially privatize its ideological component. While that is primarily a folk event and wish that it stays that way.
9. At the celebration I met a lot of friends and acquaintances, as being involved in the Crimean Spring, and came from the Donbass, including from the occupied territories. For them, after Ukraine, the celebration in Sevastopol as a breath of fresh air after the stuffy atmosphere of terror and occupation. To them I can only wish for liberation, so that they and their cities had the opportunity to celebrate Victory Day.
10. Overall, impressions are very positive, despite all attempts to present may 9, as public or ostentatious event, you can actually see how deeply the memory of the war sitting in each of us and as comfort for a joint celebration, the people on duty are not just photos or posters, and communicate, remember their ancestors, discussing our history. And this is another great legacy of Victory – even decades later, she continues to unite us.And for this gift, thank you to all who contributed to our Victory – Stalin and the military-political leadership of the country, soldiers and sailors, officers and generals, border guards and security personnel, home front workers and all those in the rear and at the front, first stopped the invasion of the Germans, and then drove the enemy back to his lair. Is their a feat we are proud of this day and as long as we remember that we really are descendants of the great Victory.

Further photos. If anything, do not judge strictly, I’m only learning to shoot, so make allowances for my Amateur level.

Without the NKVD anywhere.

The collection point for “Immortal regiment” monument to Komsomol members.

Then came the military convoy.

Point of collection of the columns officers and veterans.

It was nice to see the flags of Novorossiya.

The jam at the DOPA.

And those, without whom our holiday in Sevastopol could not be. Sevastopol self-defense 2014.
Some of these people fought in the Donbas, where the war is fought with modern fascism.

Plus video of the troops of the garrison and “Immortal regiment”.

On the occasion of Sevastopol! On The Day Of Release! With Victory Day! 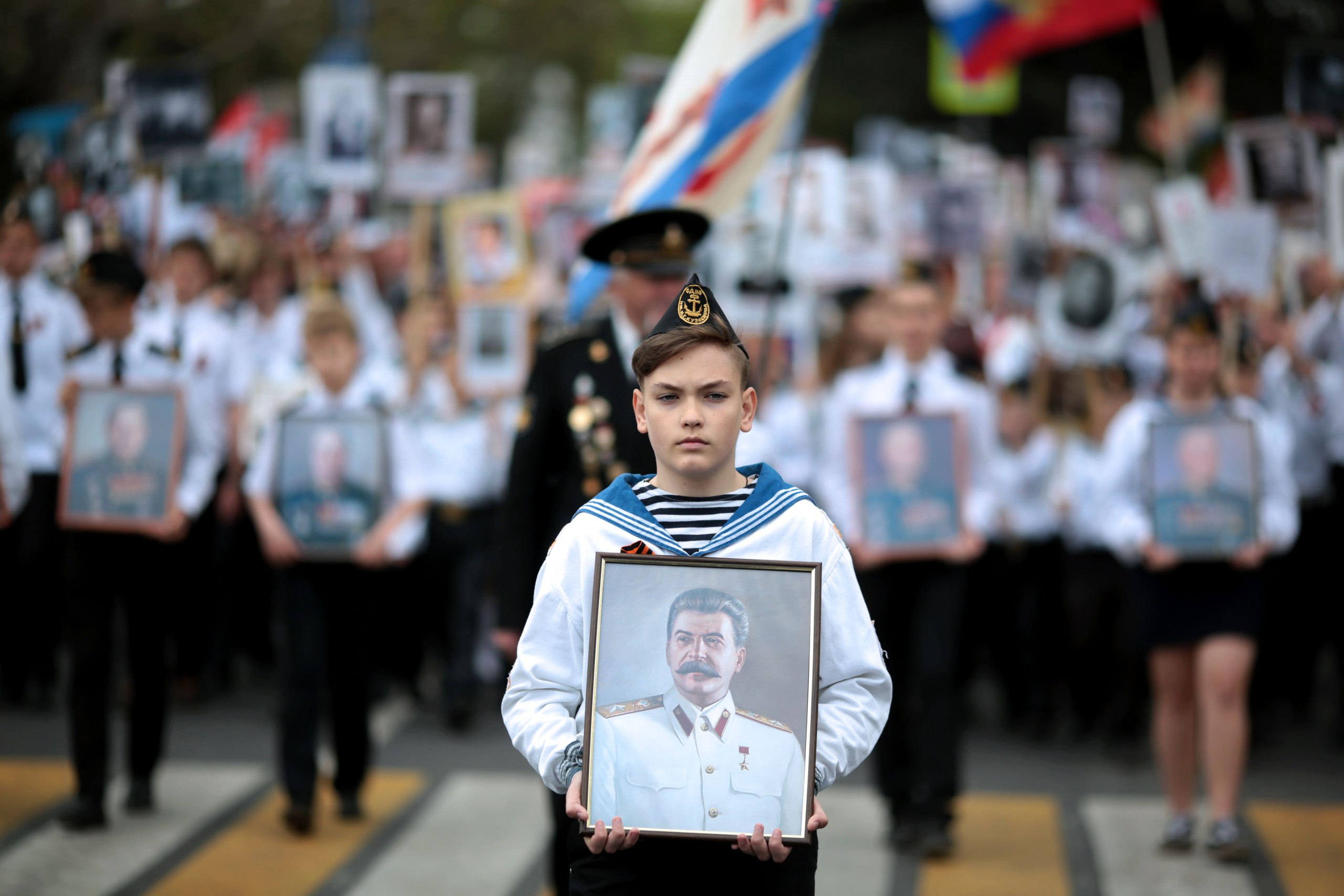 May 9 in new Russia and Ukraine 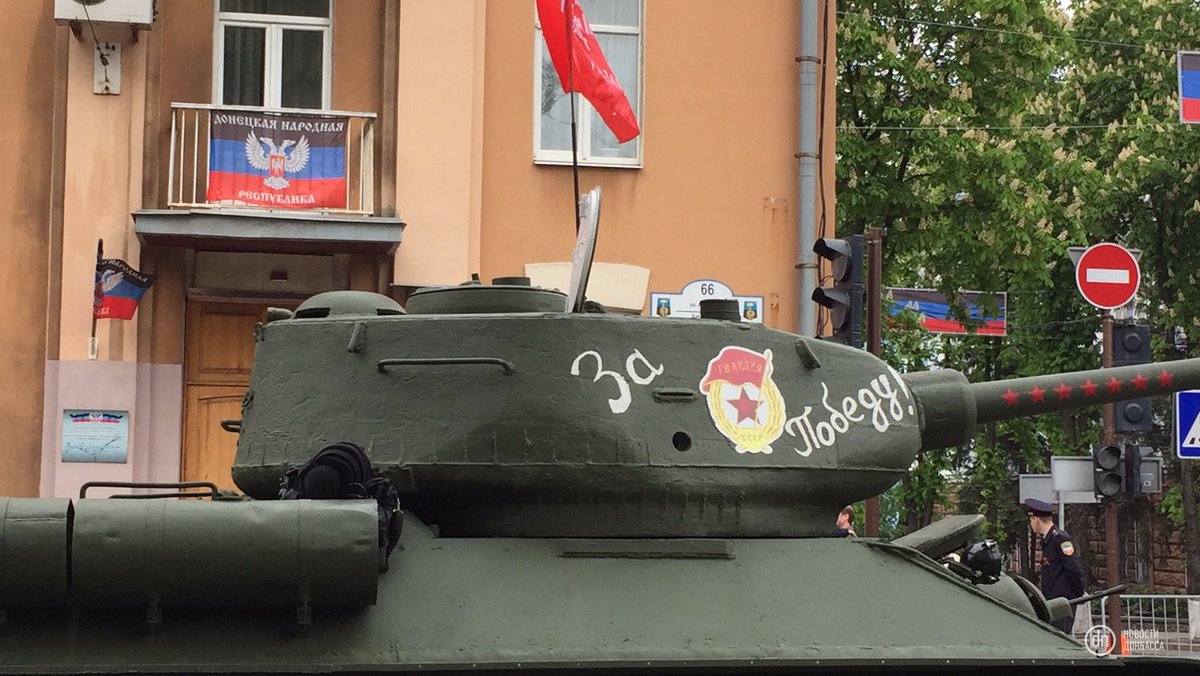 The celebration of may 9 in new Russia and Ukraine. 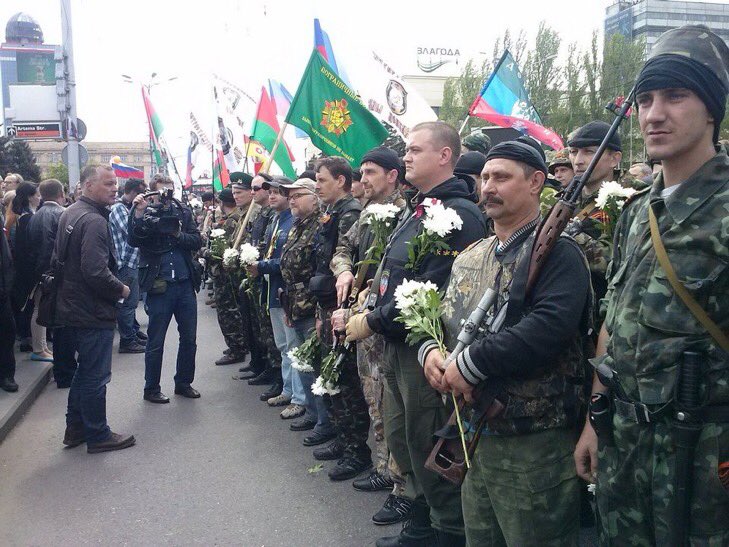 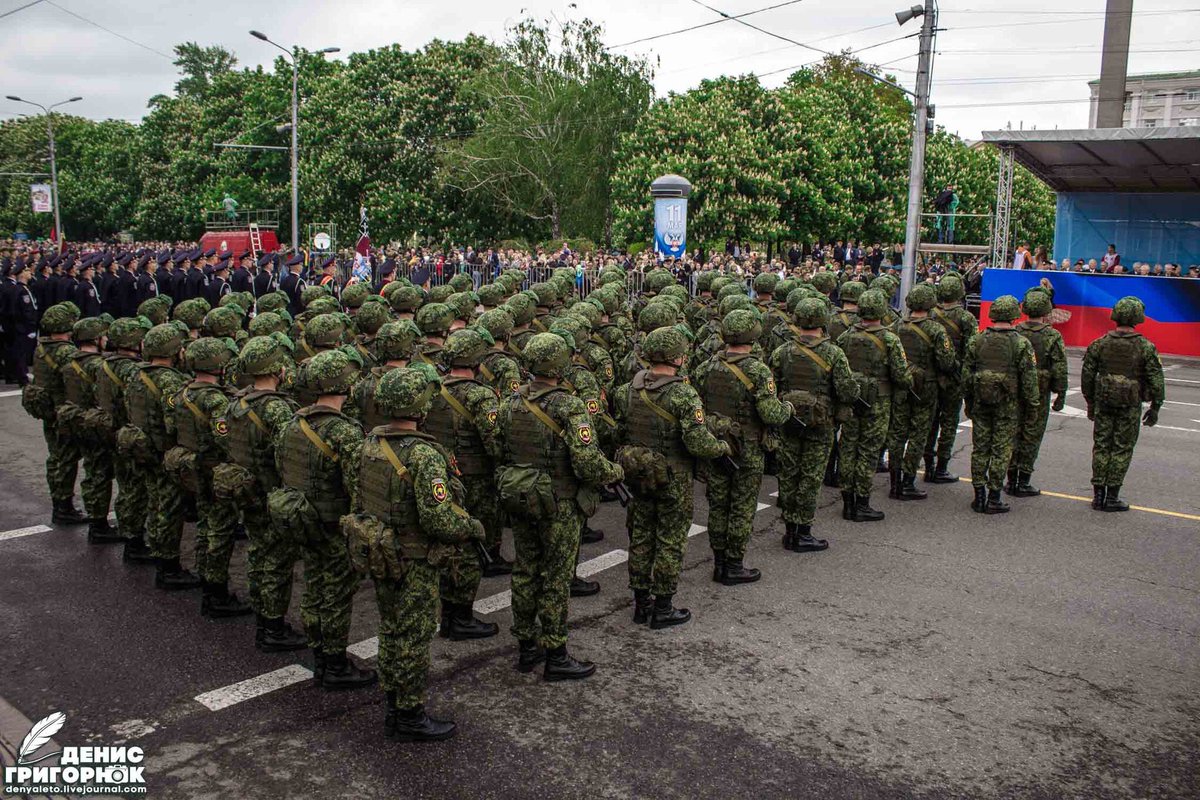 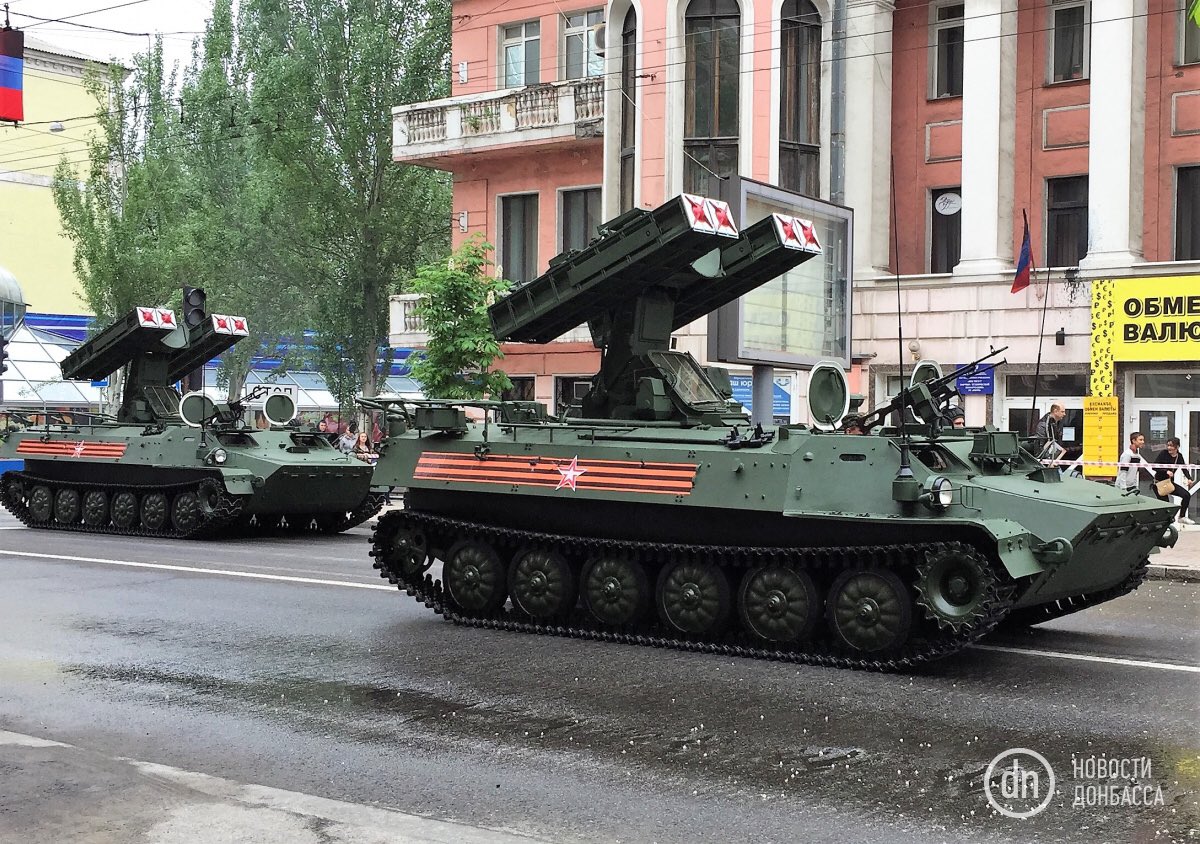 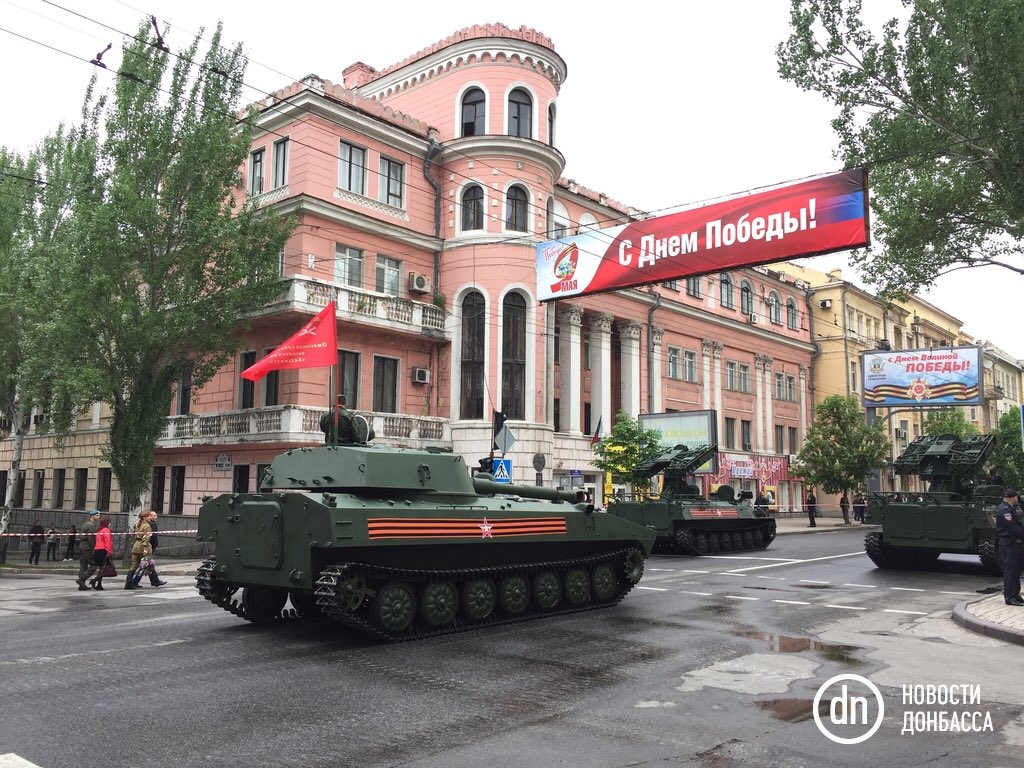 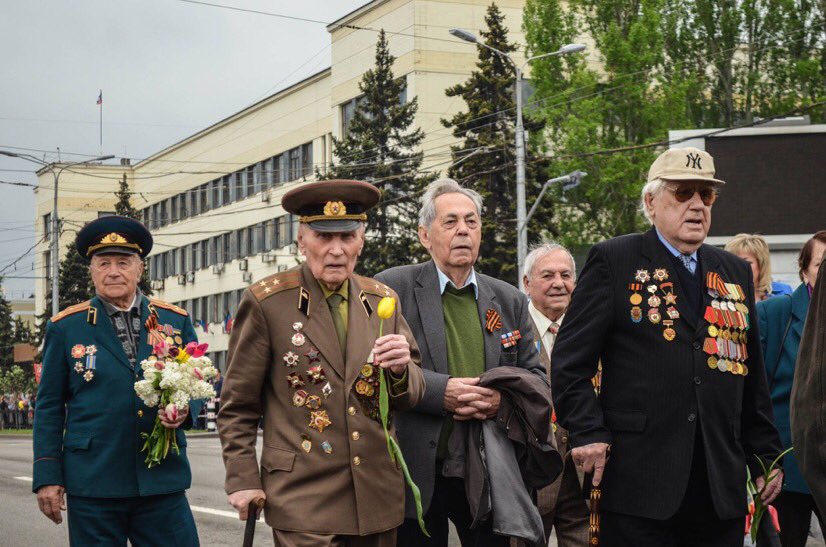 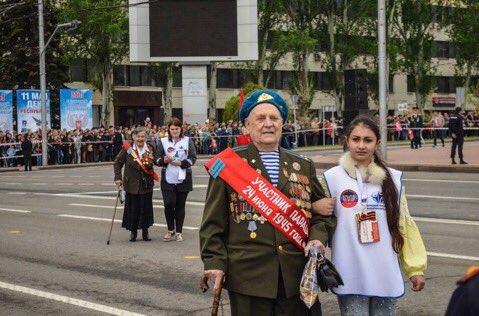 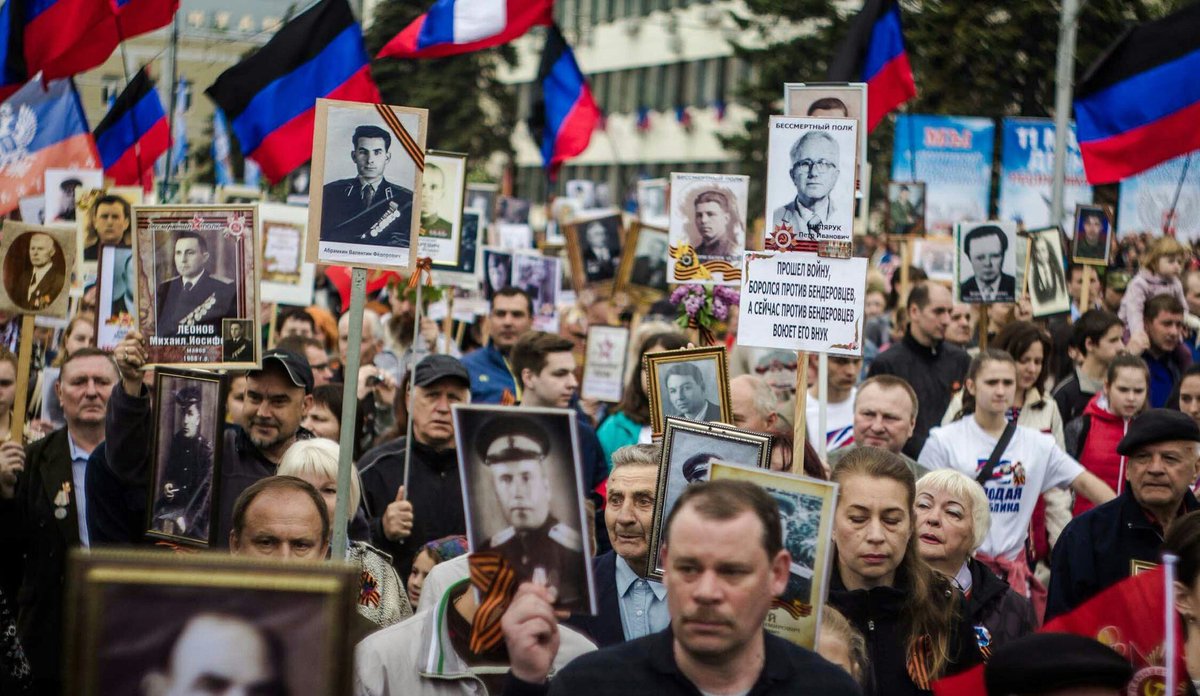 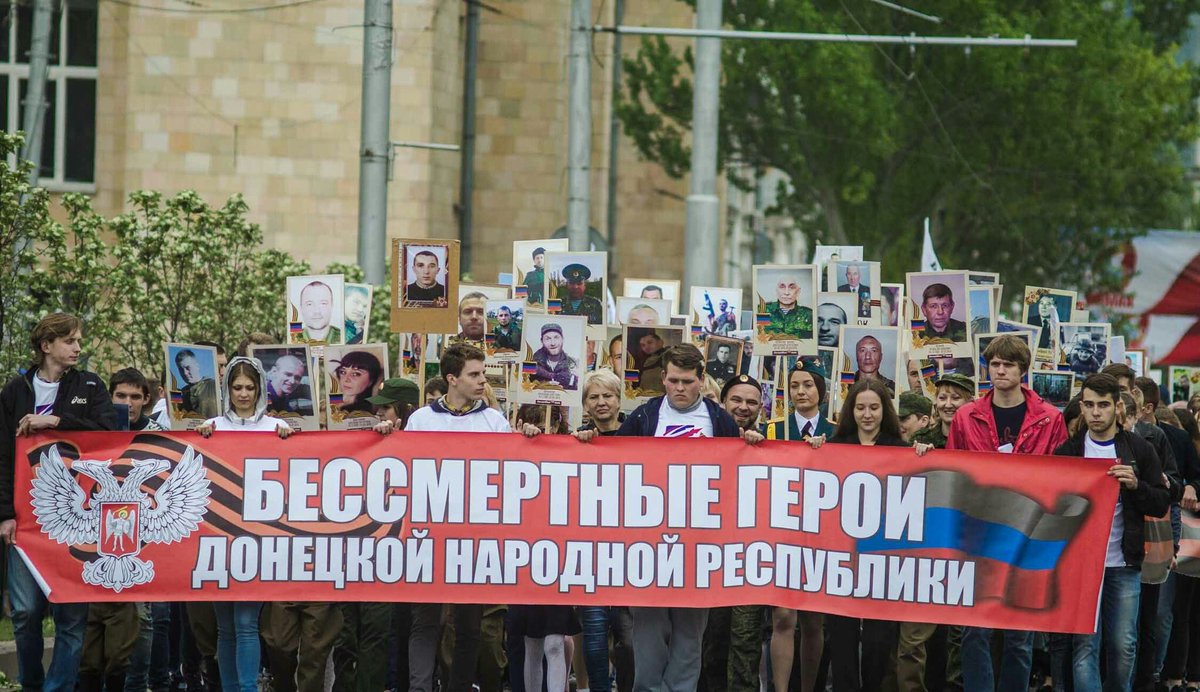 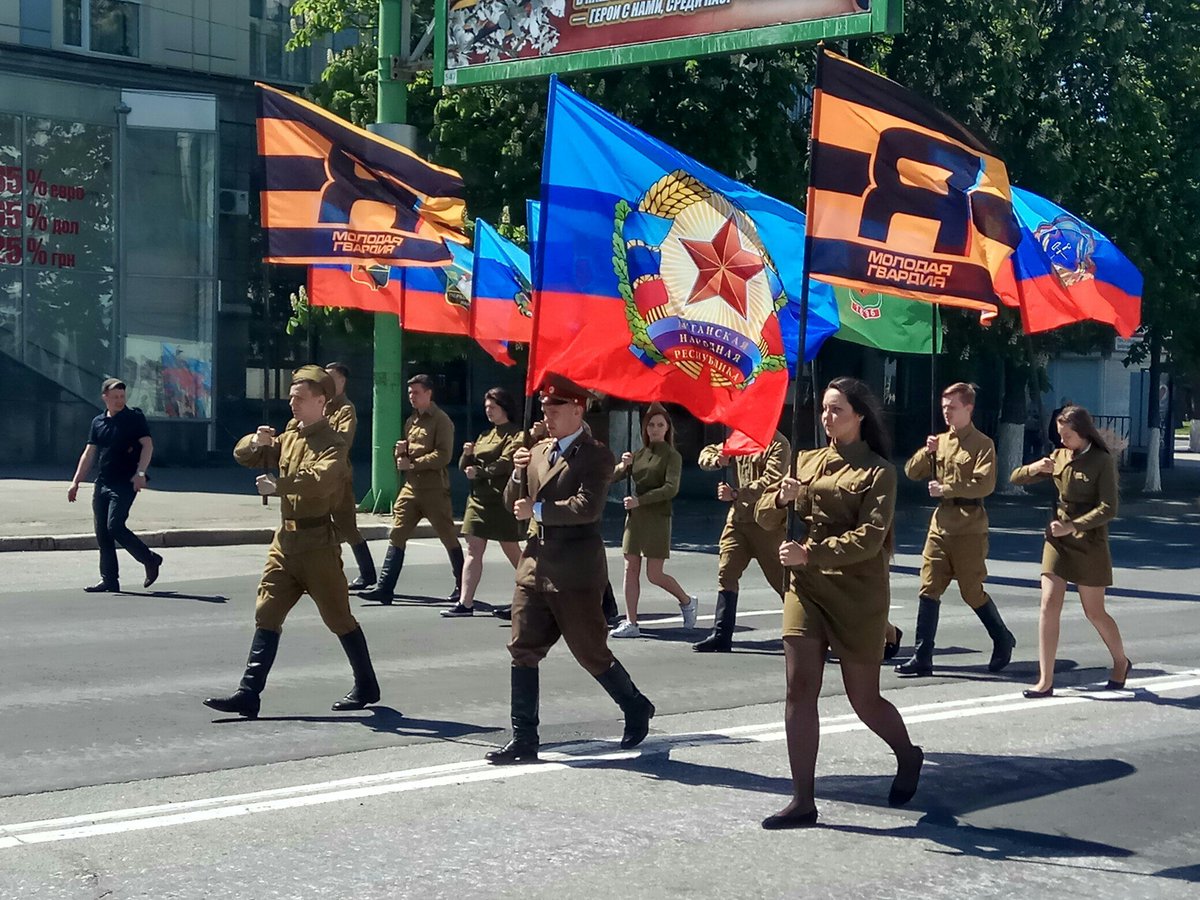 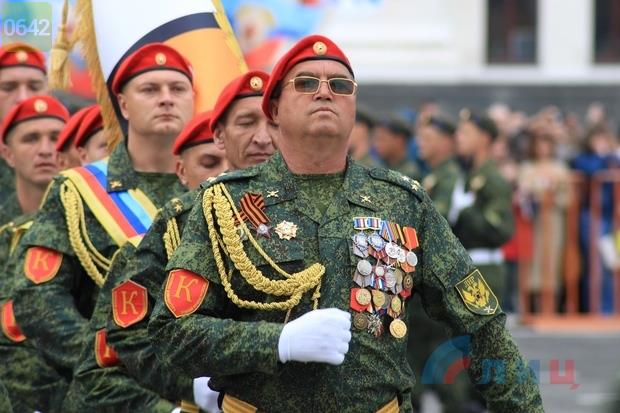 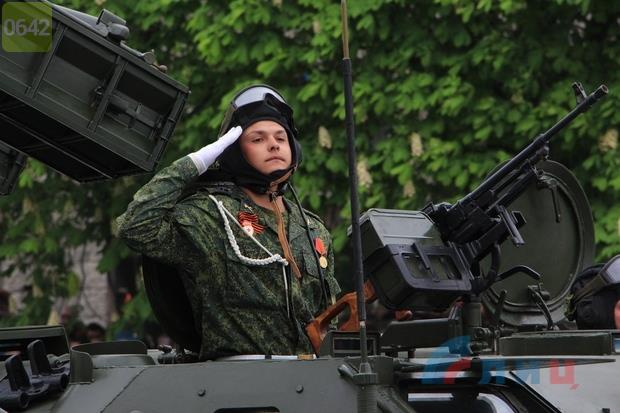 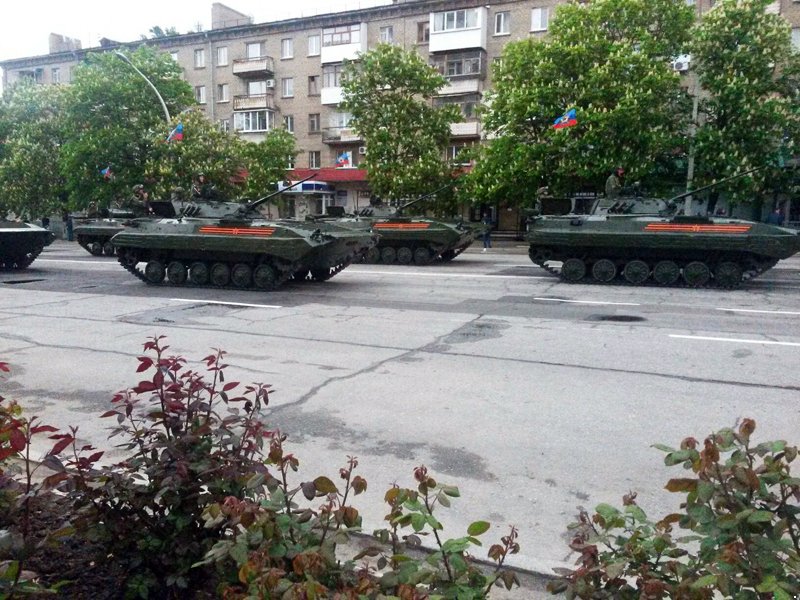 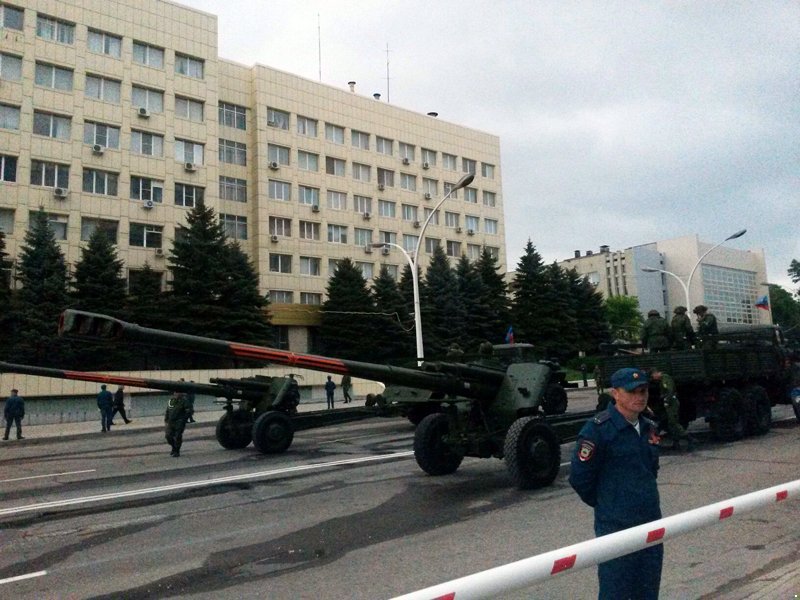 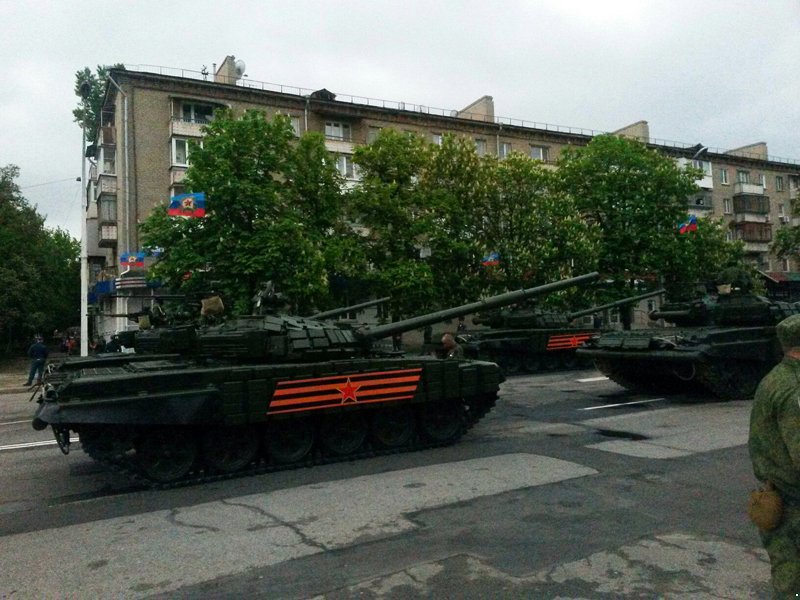 And this is Ukraine, was to better understand the difference, between a normal state and a fascist.

In fact, even in the celebration one particular historical events, clearly shows the fatal distinction between the national republics and now Ukraine, which seems to be associating himself with defeated axis countries, rather than with the Victor countries. The more valuable the act of those people who despite the tactics of terror and intimidation, are afraid to come out to celebrate Victory Day in Ukraine, Bandera, remembering those who actually won.
Well, DNR and LNR once again show that they remain with all their internal problems, with Islands of adequacy, which look more pronounced against the background of what is happening in Ukraine.

The inhabitants of the DNI and the LC and their advocates with a holiday! Also congratulations to all of the appropriate people in Ukraine!

Congratulations to all the readers with the main holiday of our country. The holidays have a lot, sometimes it seems that even too much, but really important one. And the main holiday than to agree the vast majority of the citizens of the country, different political views and religious views is the Day of Victory.And the more this holiday trying to destroy outside of our country or to replace its contents in the domestic space, the more clearly appears the importance of this date to our nation, which sees in the achievement of the Soviet people under Stalin’s leadership, an example of pride that unites and reminds us that our history is not a black hole, as we have long tried to tell, but the long road full of great events, where victory in the great Patriotic War, is for us a historic landmark and also a reminder what efforts we have survived as a people. On this day we remember the fallen and deceased veterans, but first and foremost, we celebrate victory in the hardest war in the history of our nation. And as long as we remember, our people have a historic future.

PS. And a small announcement.

Tomorrow I will take pictures of the parade in Sevastopol – the photos I will upload here https://www.instagram.com/colonelcassad1981/brief impressions here https://twitter.com/colonelcassad
Plus, for those wishing to spend time on holidays in the city – program of events dedicated to celebration of Victory Day and liberation of Sevastopol http://sevastopol.su/news.php?id=97225.
We as usual may 9 is a double holiday.

Sevastopol also happy anniversary of the liberation of Sevastopol from fascist invaders.