Despite the fact that the Americans showed the flag on the Syrian-Turkish border in Rojava, clashes between Kurds and Turks continued, and on both sides of the border. In Turkey, the army conducts regular operations in mountainous areas against the Kurdistan workers ‘ Party, reporting the killed PKK members and seized weapons. The Kurds in turn report that attempts to ground the activity of the Turkish army in ‘ Afrīn turned losses of the Turks in the form of several destroyed and damaged armored vehicles (judging by the video, that the Turks at lost at least 2 M-60) and from 17 to 24 killed and wounded. Turkey yesterday also struck at PKK bases in Iraq and said that eliminated 14. Continued shelling and skirmishes on the front line to the West and South-West of Azaz and Mare, and in addition to the attacks of the Turks, took part in the Syrian Free Army fighters controlled by the Turkish army.
However, attempts to move to tal-Rifat Turks are not taking any limited to shelling from artillery and tanks. In the border Rojava and Afrin regions, Turkey continues to concentrate its forces, as well as the construction of a wall on the border with the Kurdish areas.

Overall, Erdogan is again actively sat on his Kurdish skate, which allows him to exercise military activity in Syria and Iraq, using the fact that blaming the Kurds for terrorism, he unleashes his hands to military operations. The US at this stage publicly condemn the behavior of Erdogan, but to convince him to stop this activity, as attempts to convince Ankara that the PYD and YPG are not terrorists, and U.S. allies in the fight against ISIS, isn’t the Turks understand.So the conflict continues, despite the demonstration of the American flag, first to the North of Manbij, and then on the Syrian border. The Americans have not so much force, even to mark the boundary of their flags, but these troops need is not here, and below Raqqa, where it continues operation to the North of the city and the siege of Tabqa. Therefore, the US is trying diplomatic means to resolve the conflict, establishing a status quo that would allow them not to be distracted by the antics of the Turkish, and to implement the General strategy.

The Kurds, in turn, launched a massive information campaign urging Trump to enter the no-fly zone in Rojava and Afrin to prevent Erdogan to bomb Syrian Kurdistan. Protests were held in Kobane, Qamishli, hasakah, Afrin, as well as in European cities with Kurdish Diaspora. The state Department in this case follows a careful line, trying not to get involved in open conflict with the Turks on the side of the Kurds that is reminiscent of the Russian position regarding Israeli strikes on Hezbollah in Syria. Air defense system the Kurds are unlikely to get, as this can cause the growth of the conflict the United States and Turkey that will endanger the American presence in Turkey, which can start to create problems for American logistics in Syrian Kurdistan. However, it’s unlikely Washington will be happy about the fact that Turkey has selected the Kurds of tal Rifat, tal Abyad, or Afrin for invasion.

Regarding the latter, Moscow may have the same objections, since along the line of Assad with the Afrin Kurds a certain cooperation is taking place, playing a supporting role for operations to the north and west of Aleppo.

In may, Erdogan will meet with Putin and trump, where surely will be discussed Syrian Kurdistan. The current activity of Turkey allows it to demonstrate its military-political subjectivity and to raise your profile before a meeting with the main actors of the Syrian war. The forthcoming negotiations should clarify the situation in Northern Syria and determine whether the Kurdish-Turkish war in Northern Syria paused or we will see a further escalation that will bring about changes in the General course of the Syrian war. 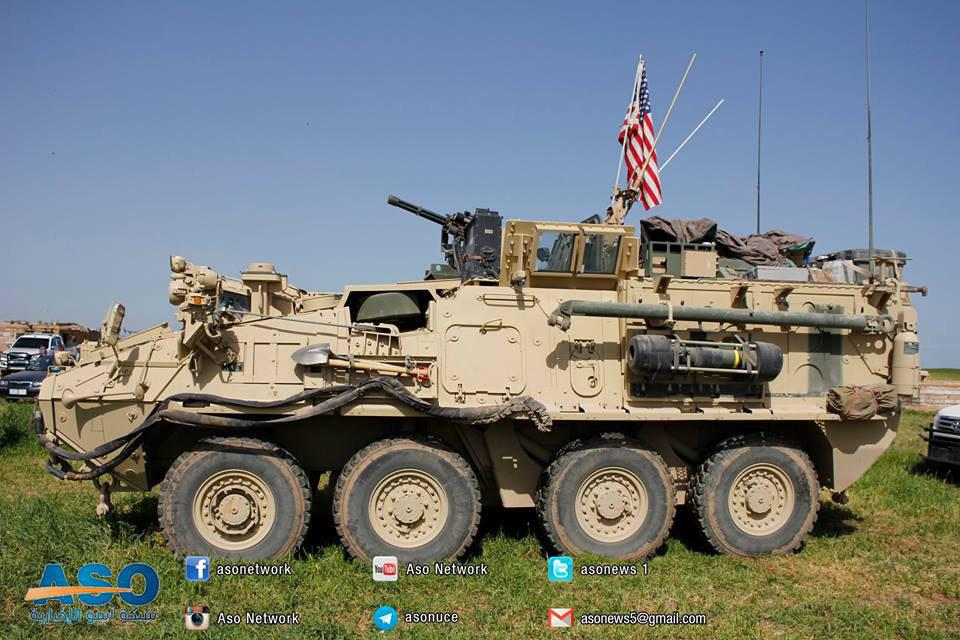 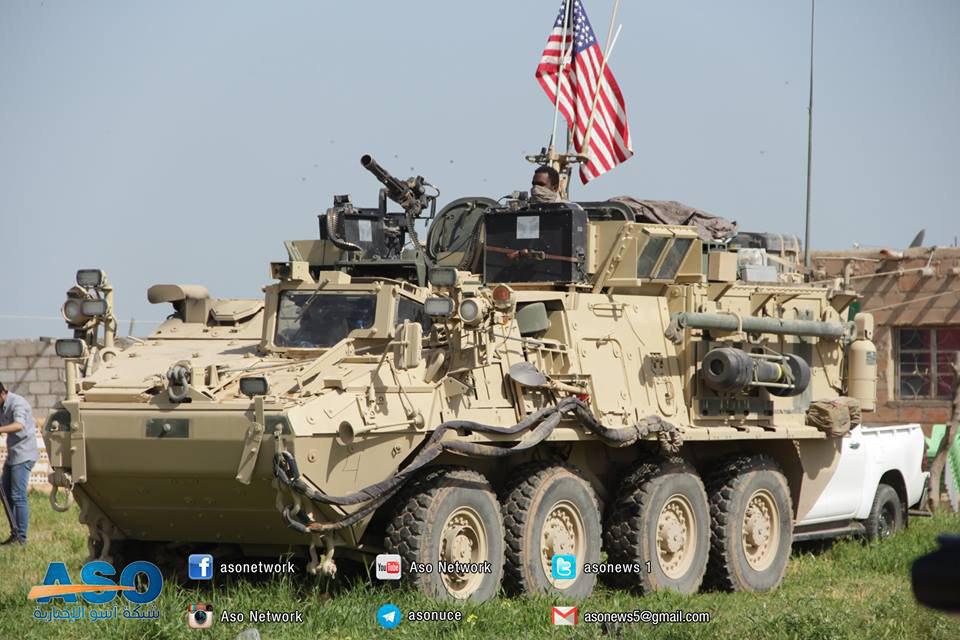 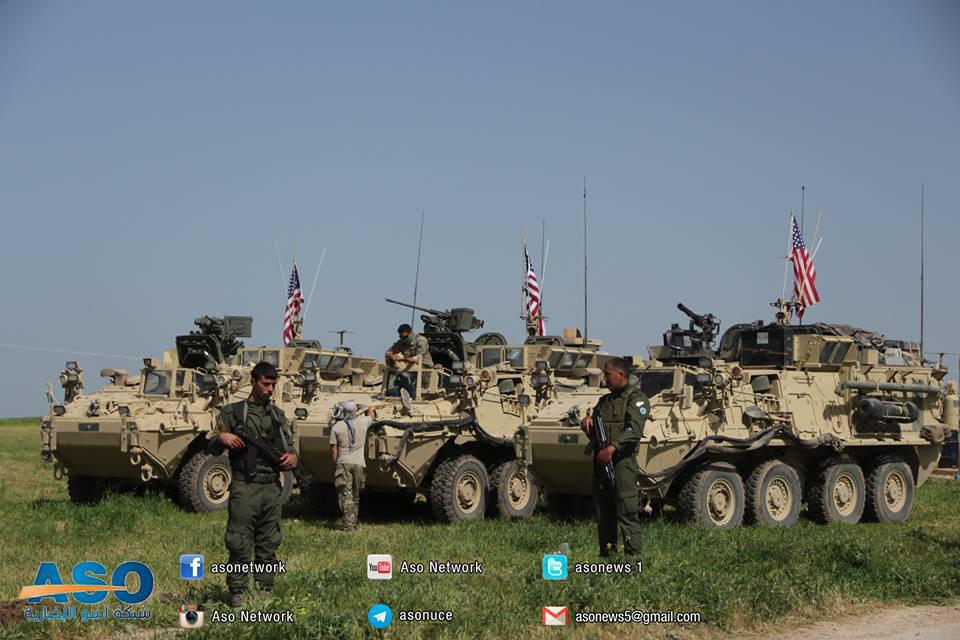 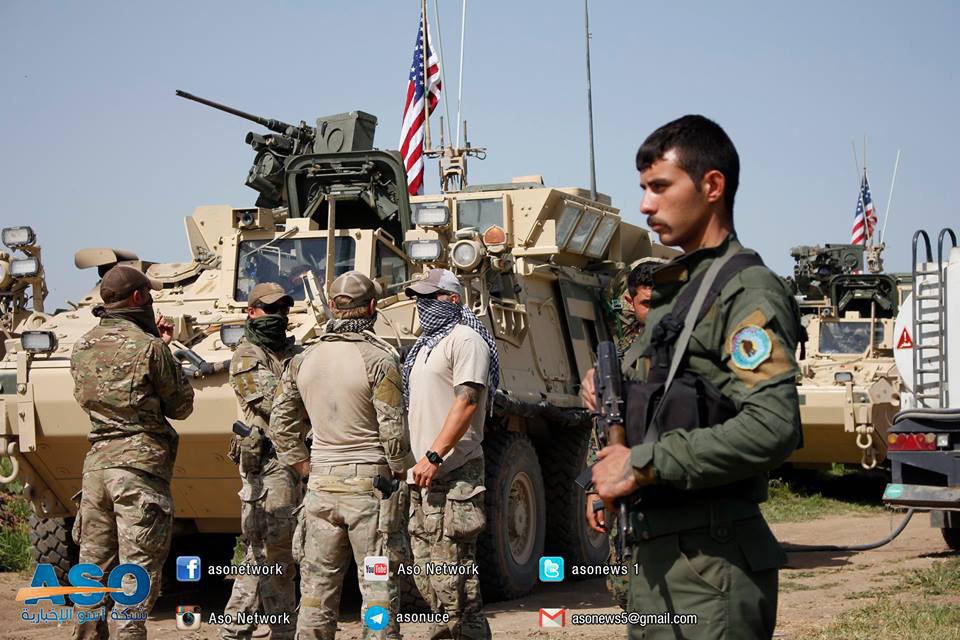 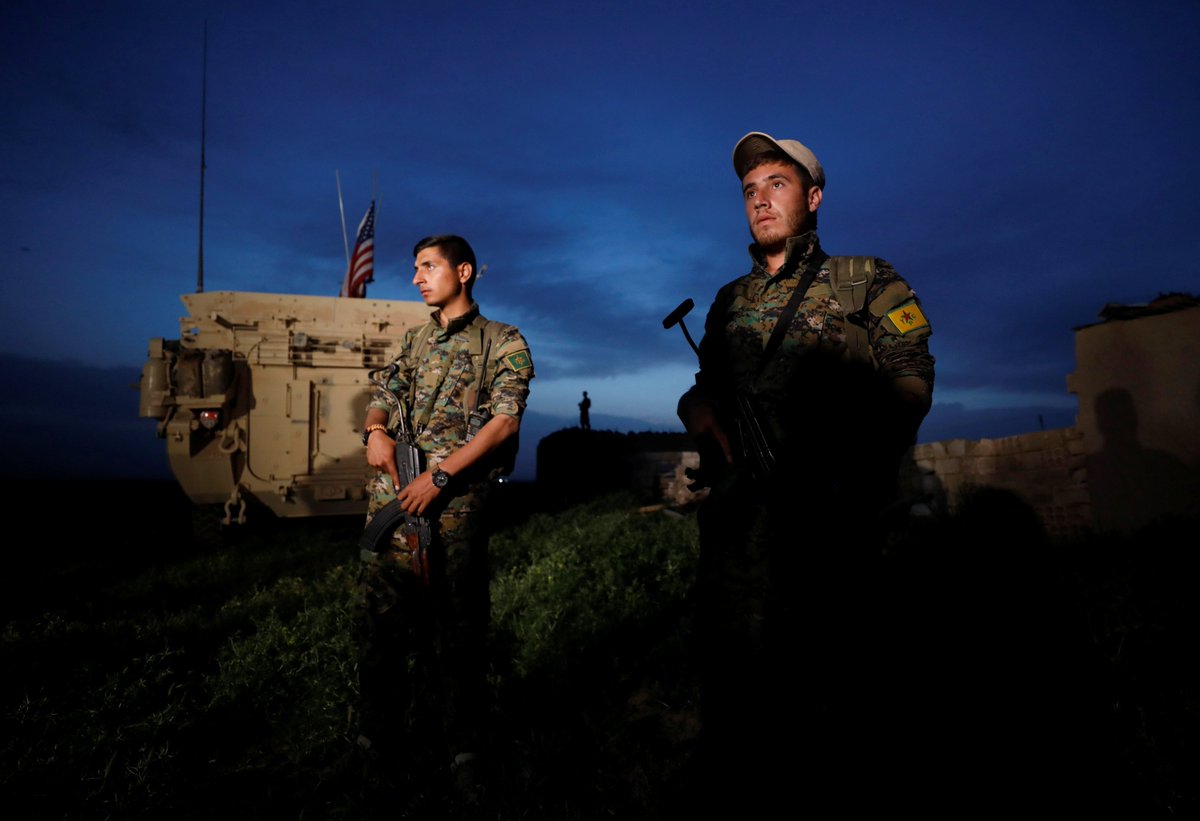 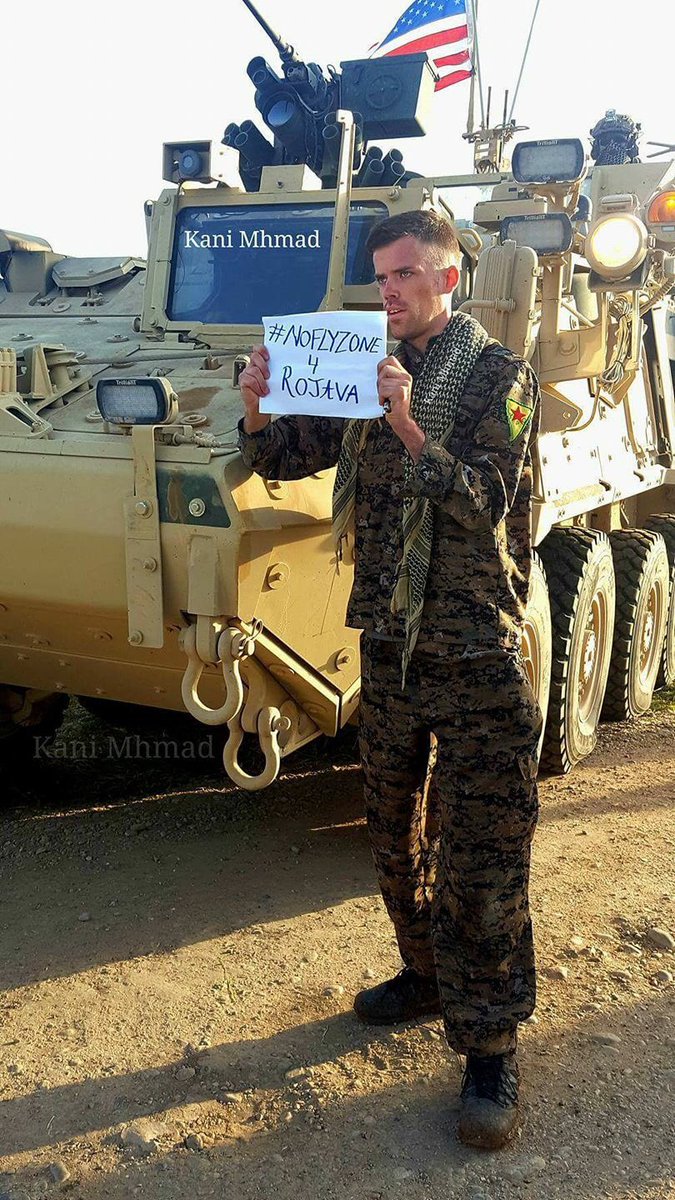 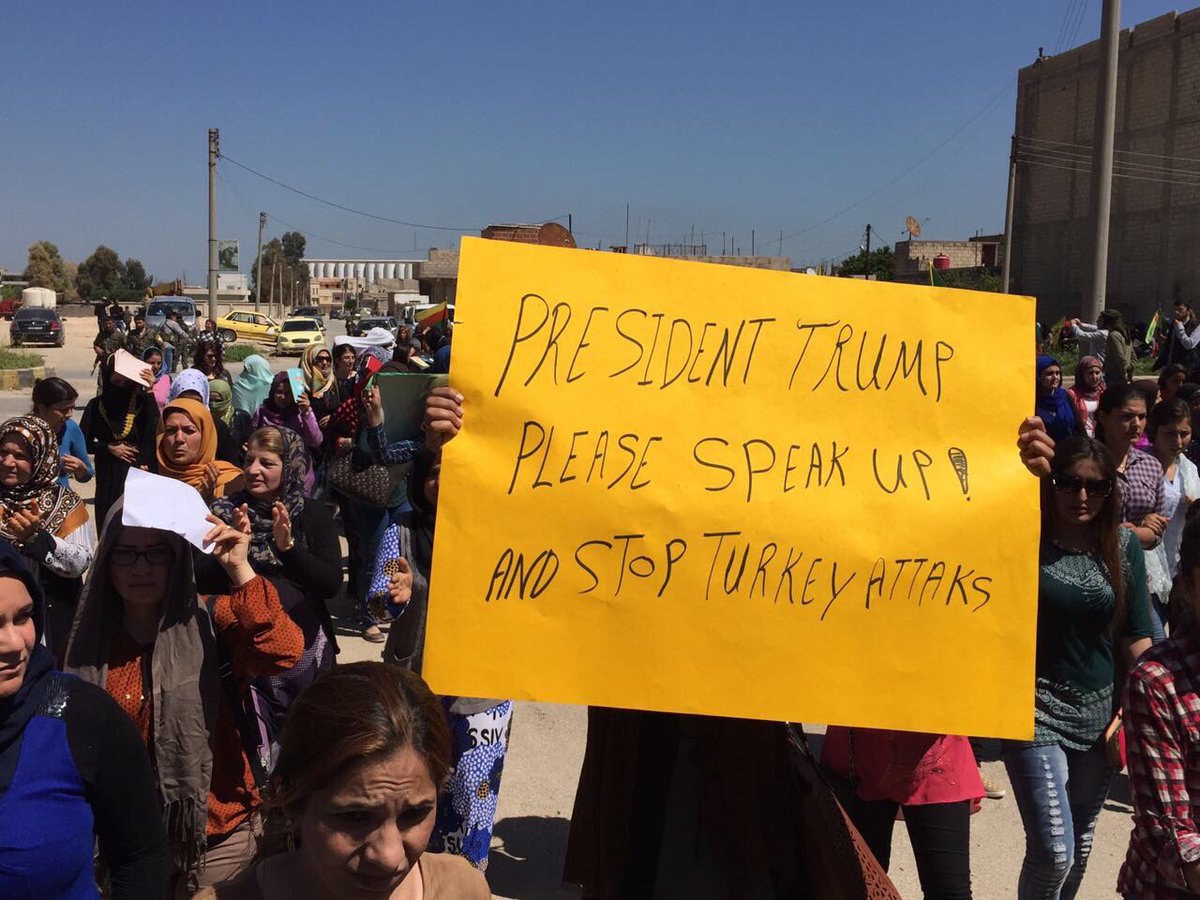 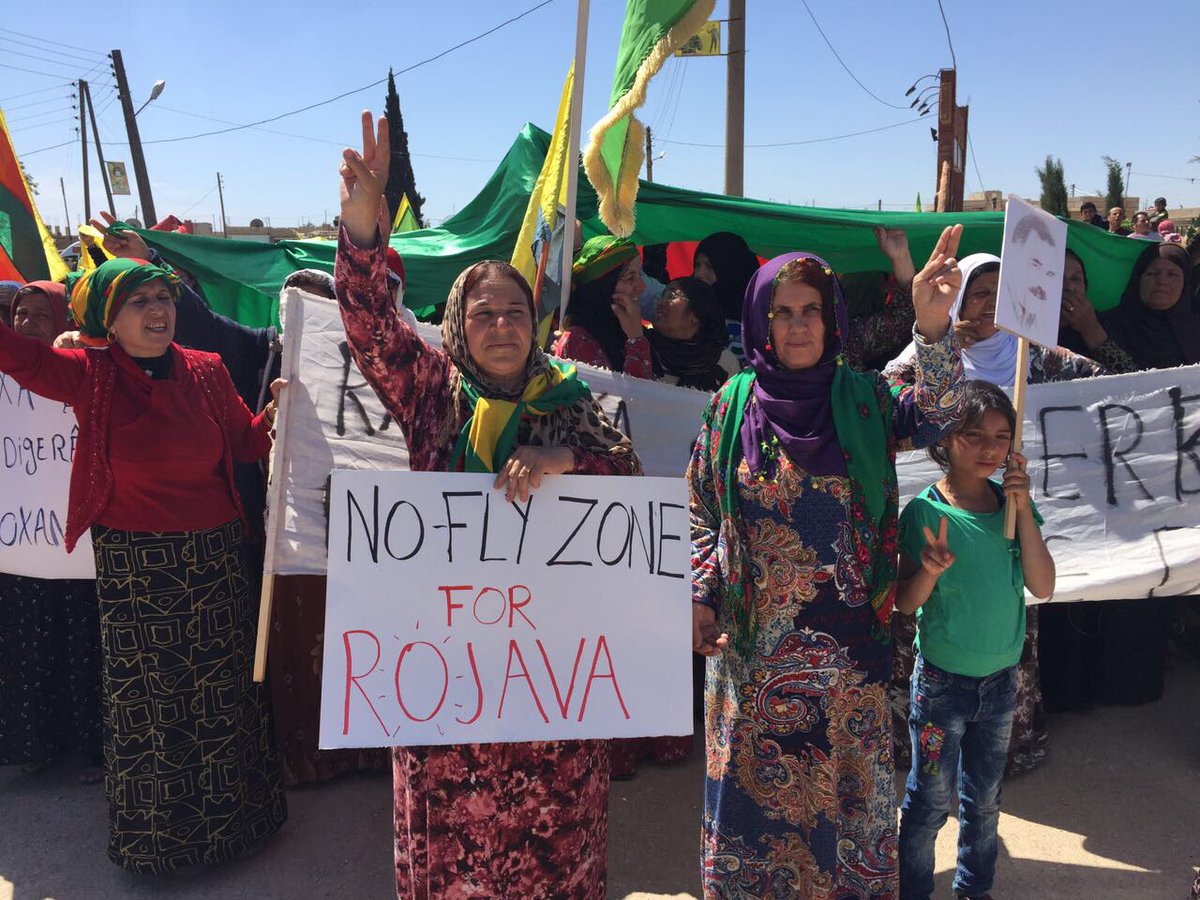 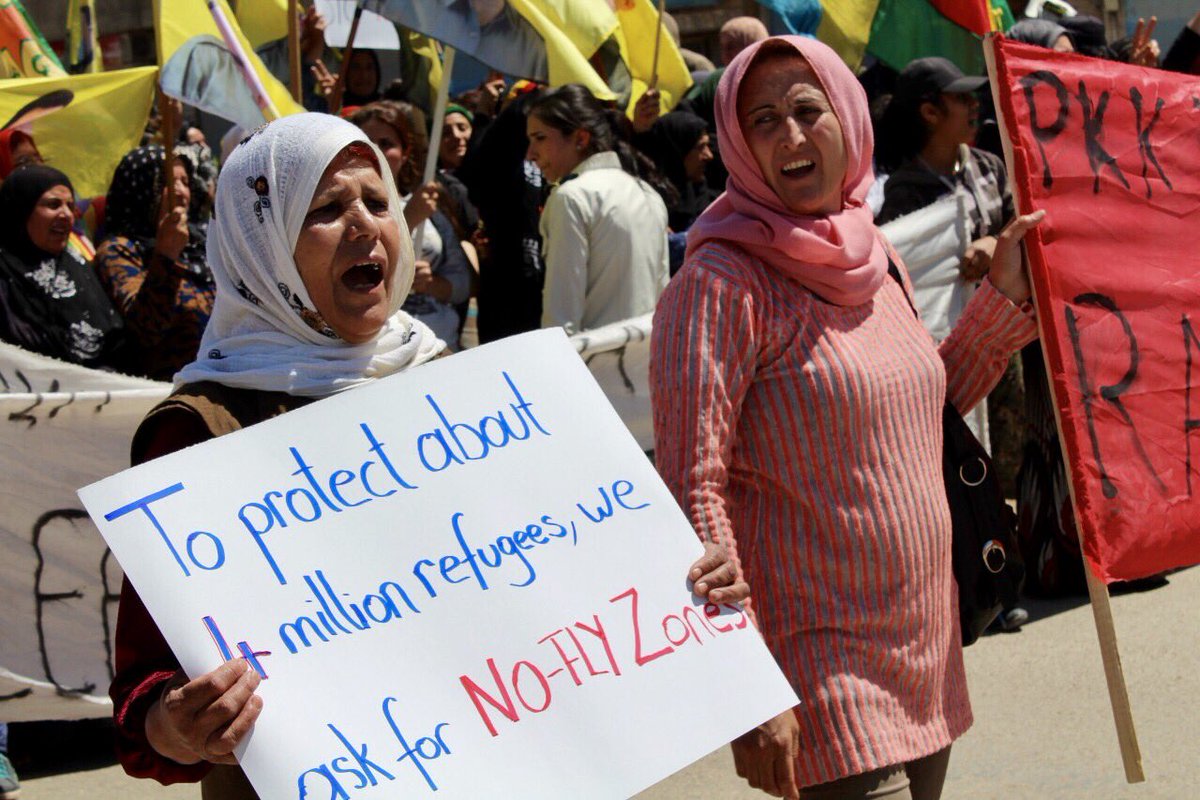 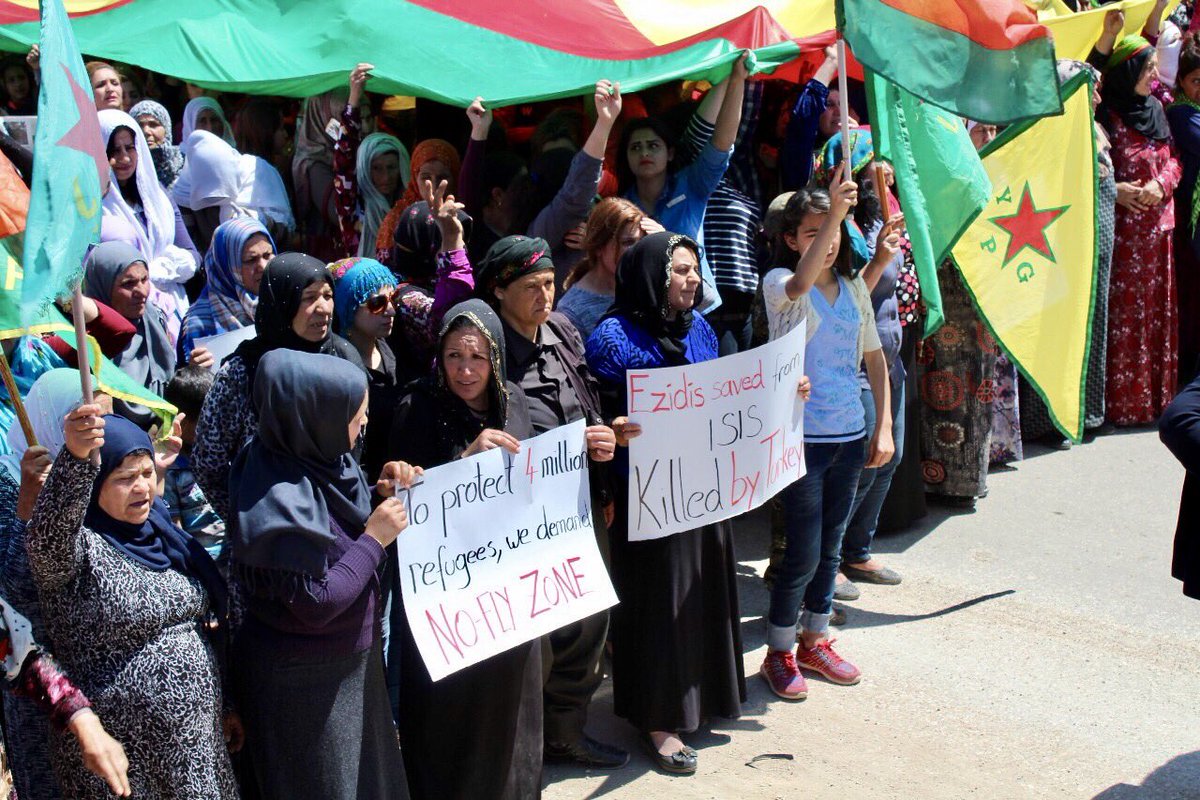 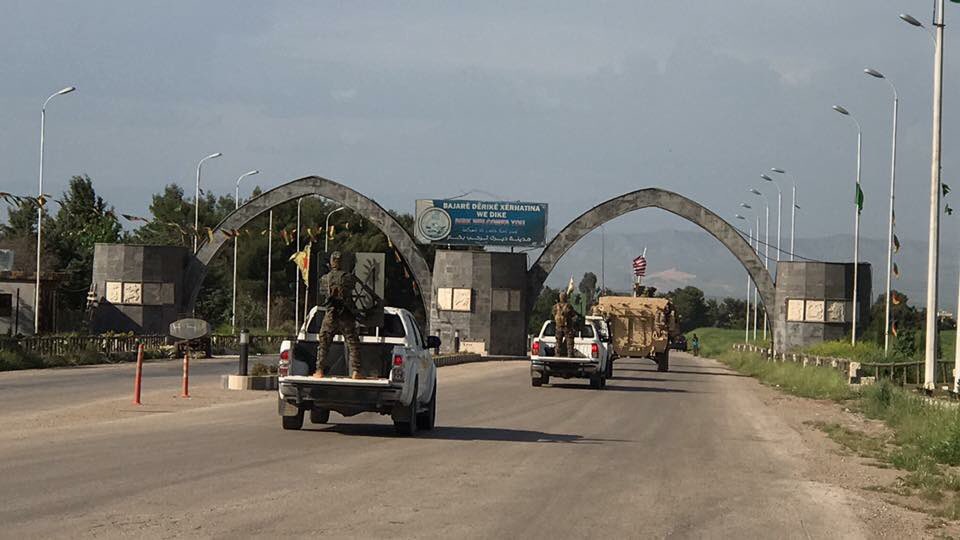 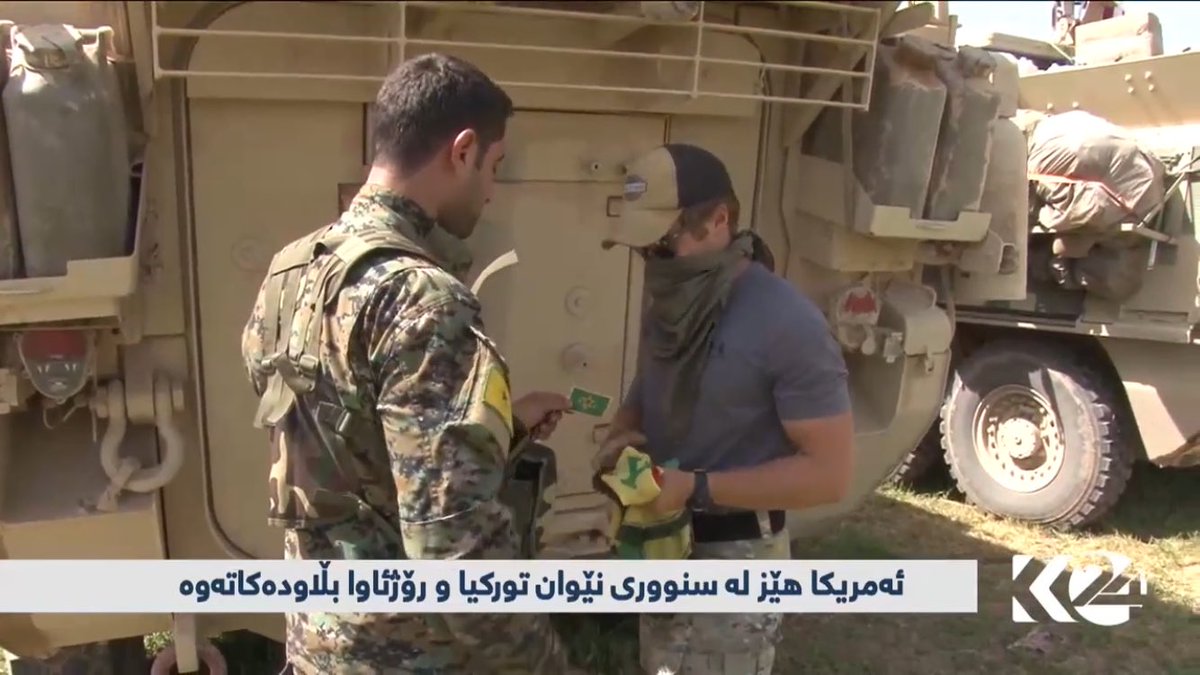 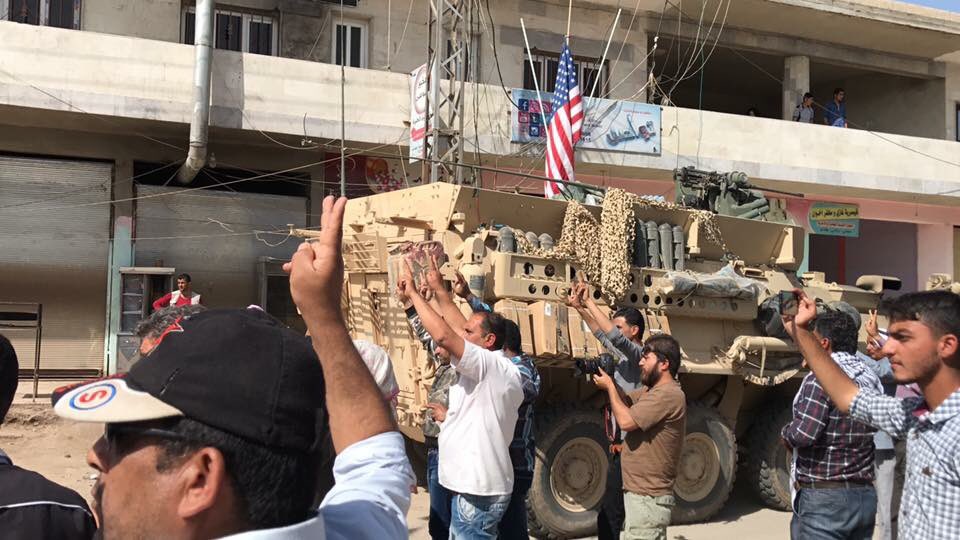 The passage of the column machines of the 75th regiment of the Rangers through Rolan. 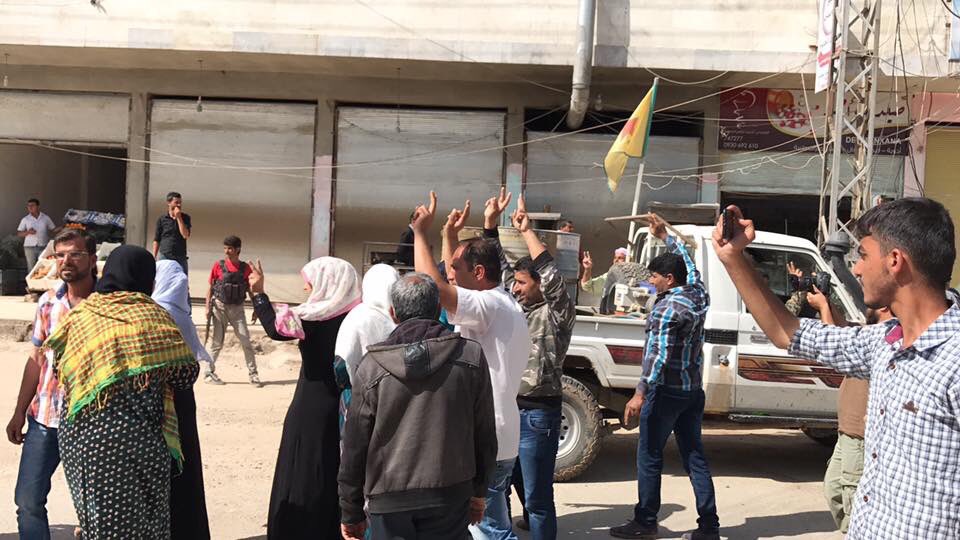 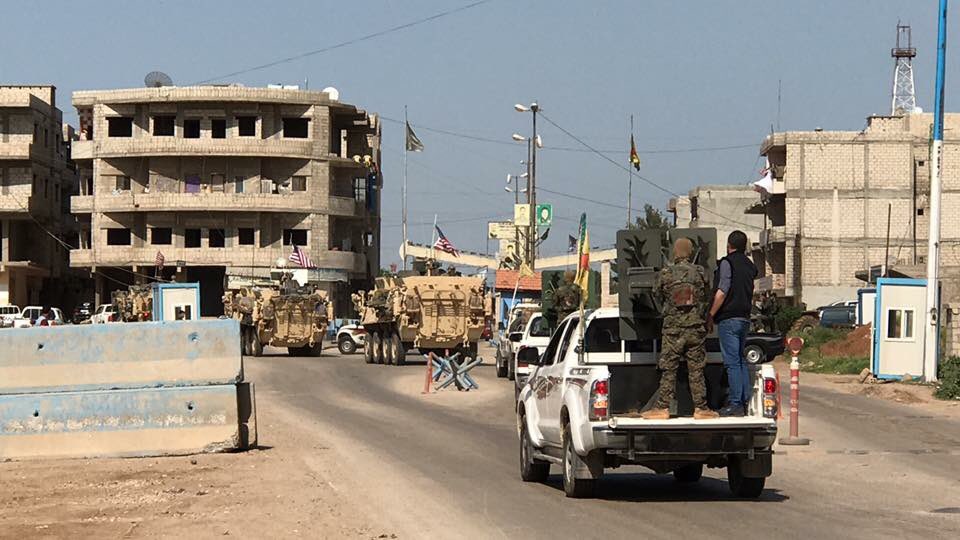 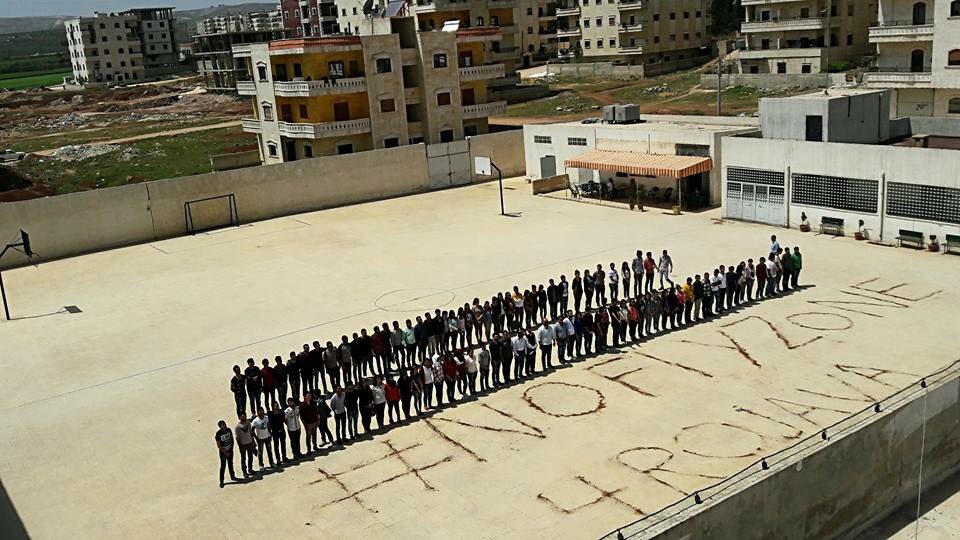 University students in ‘Afrīn require a no-fly zone for Rojava. 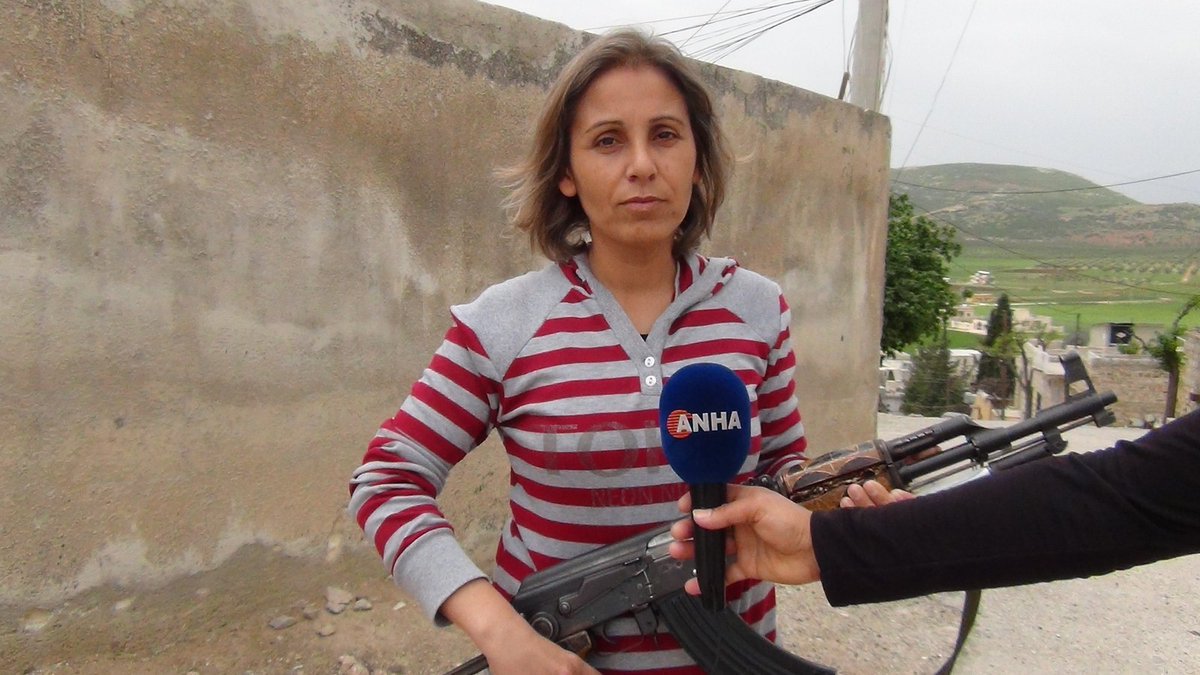 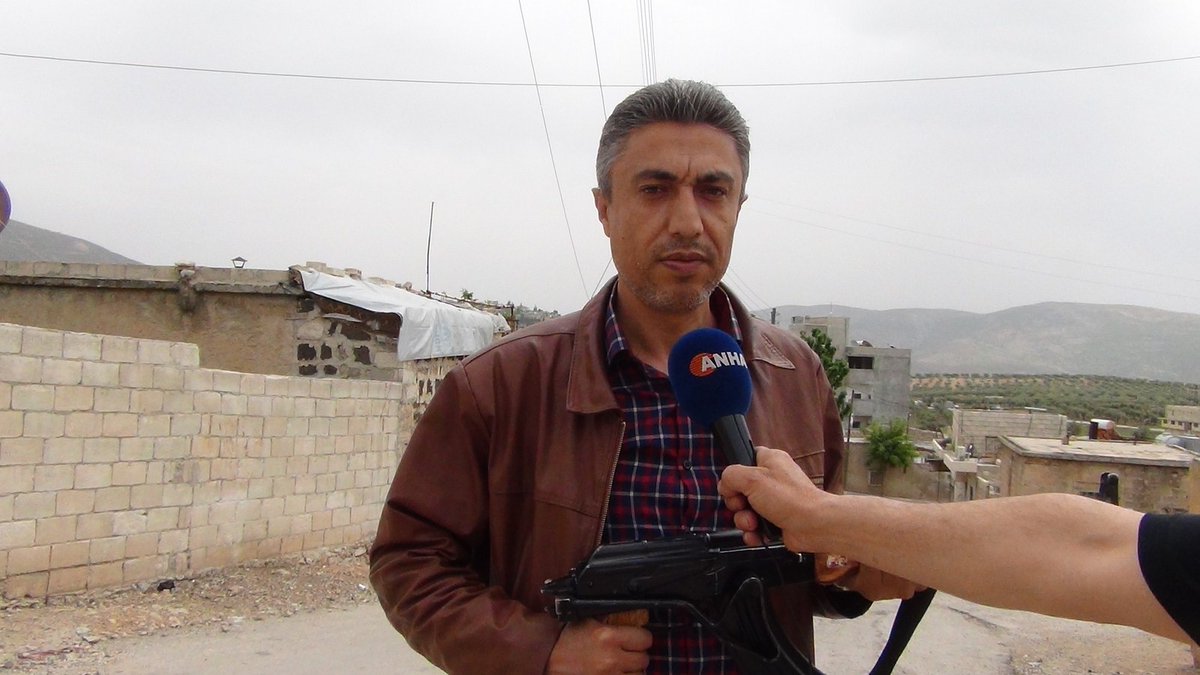 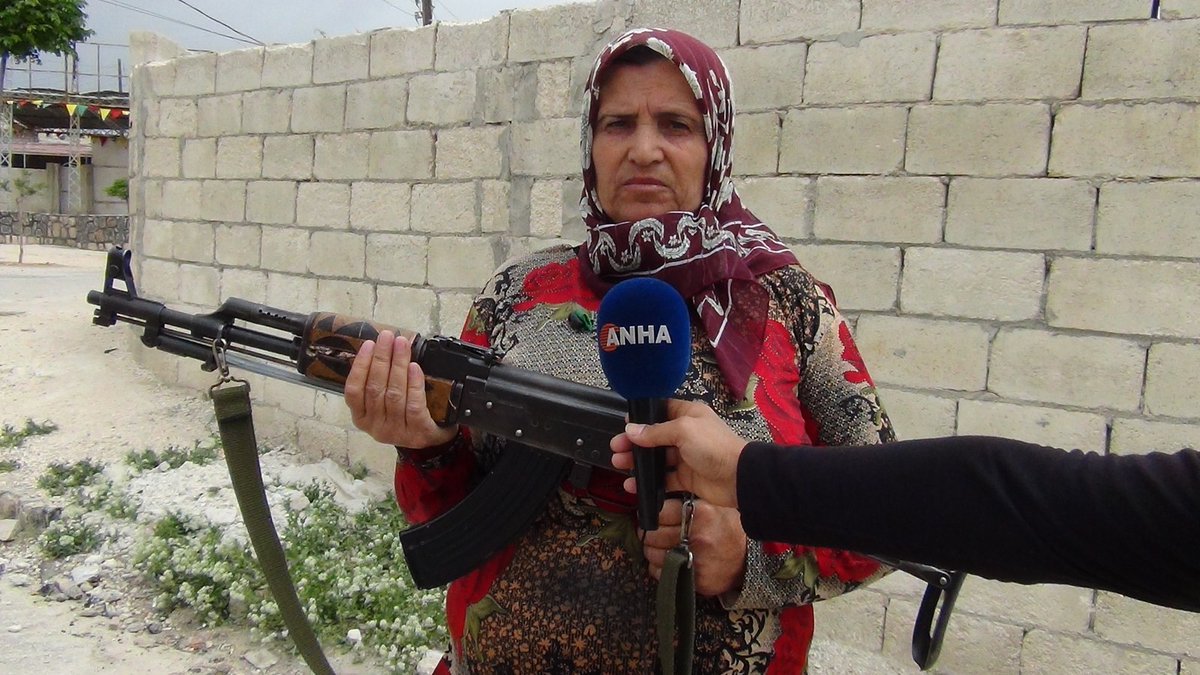 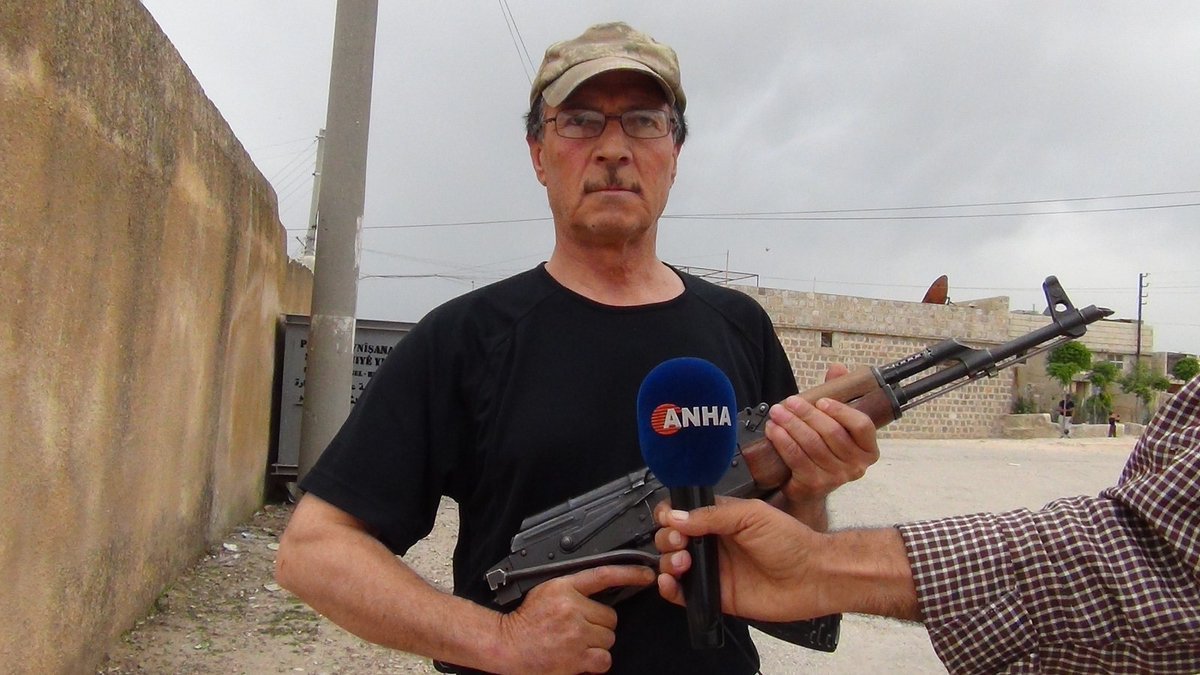 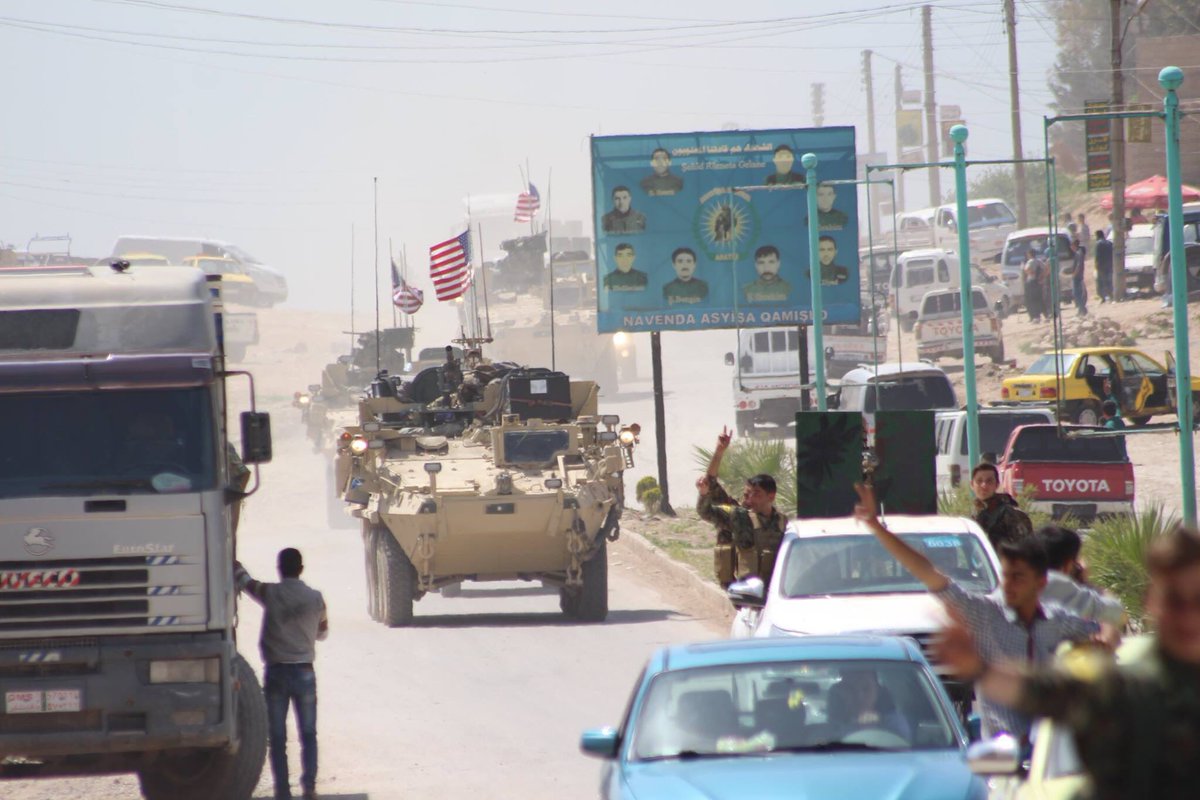 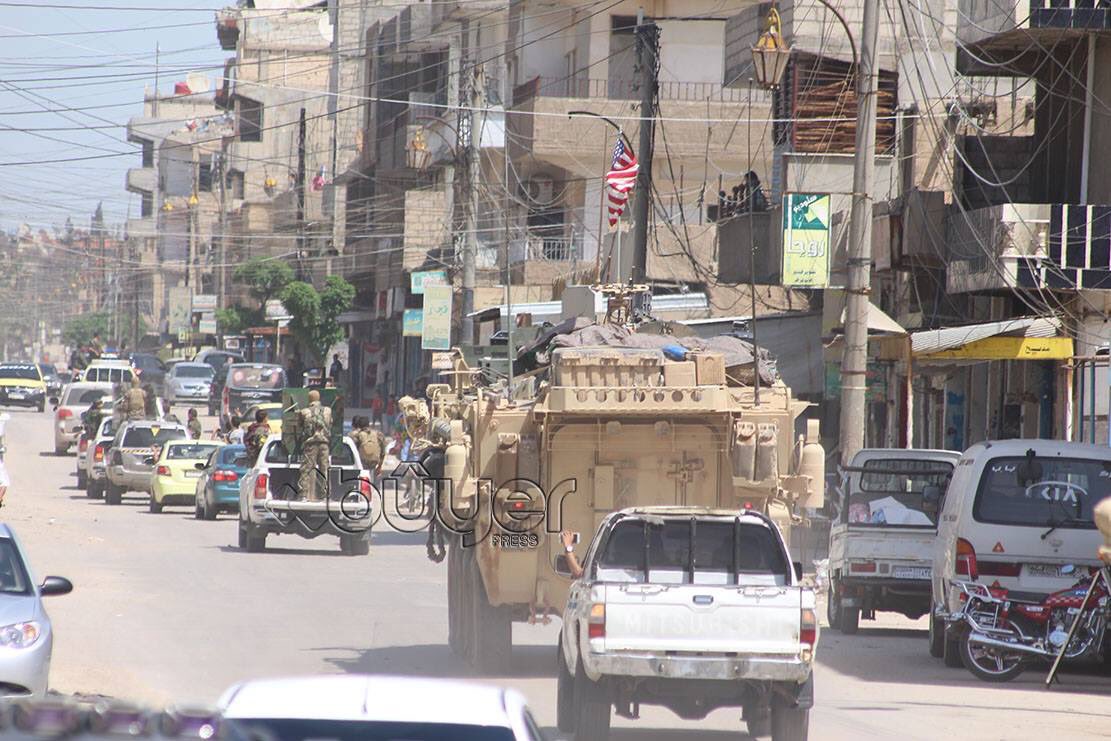 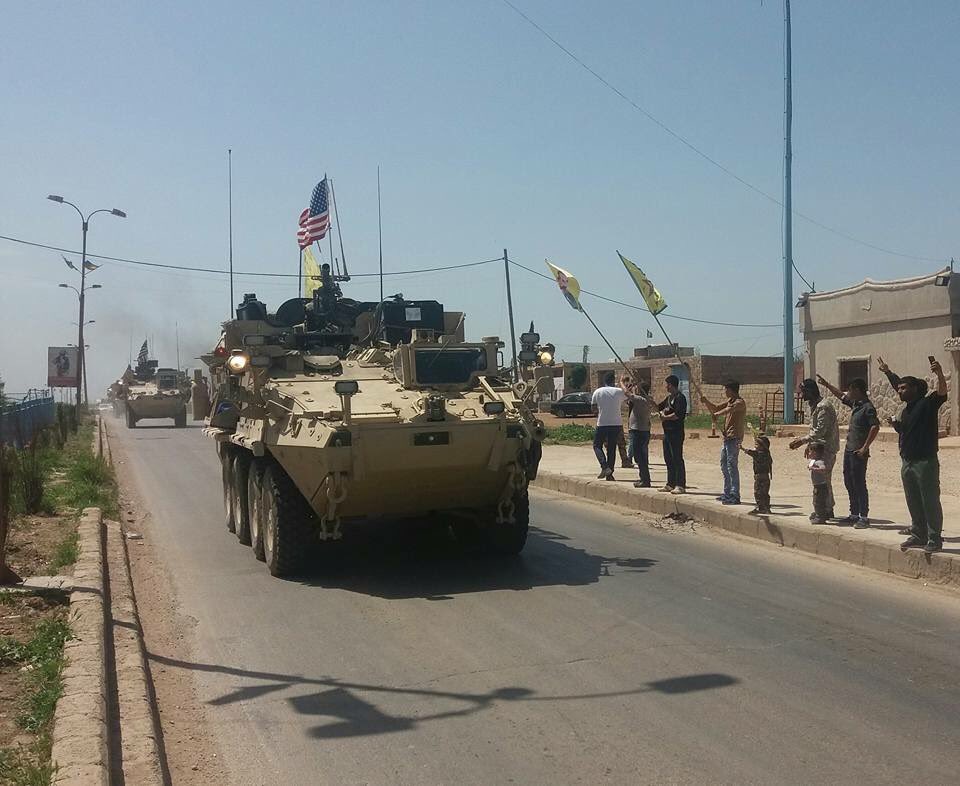 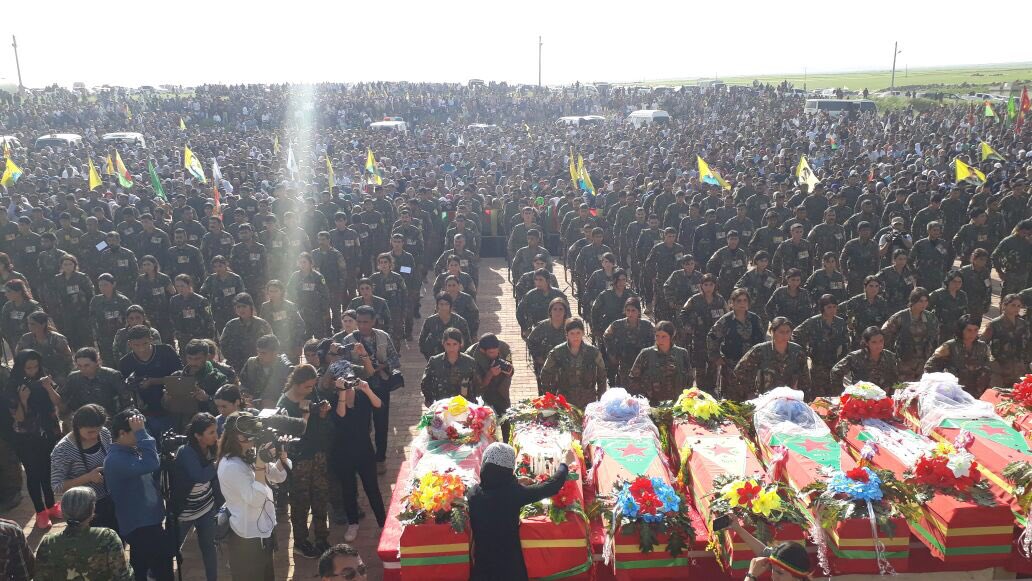 Here and in the title pictures the funeral of Kurdish victims of the attacks of the Turkish aircraft. 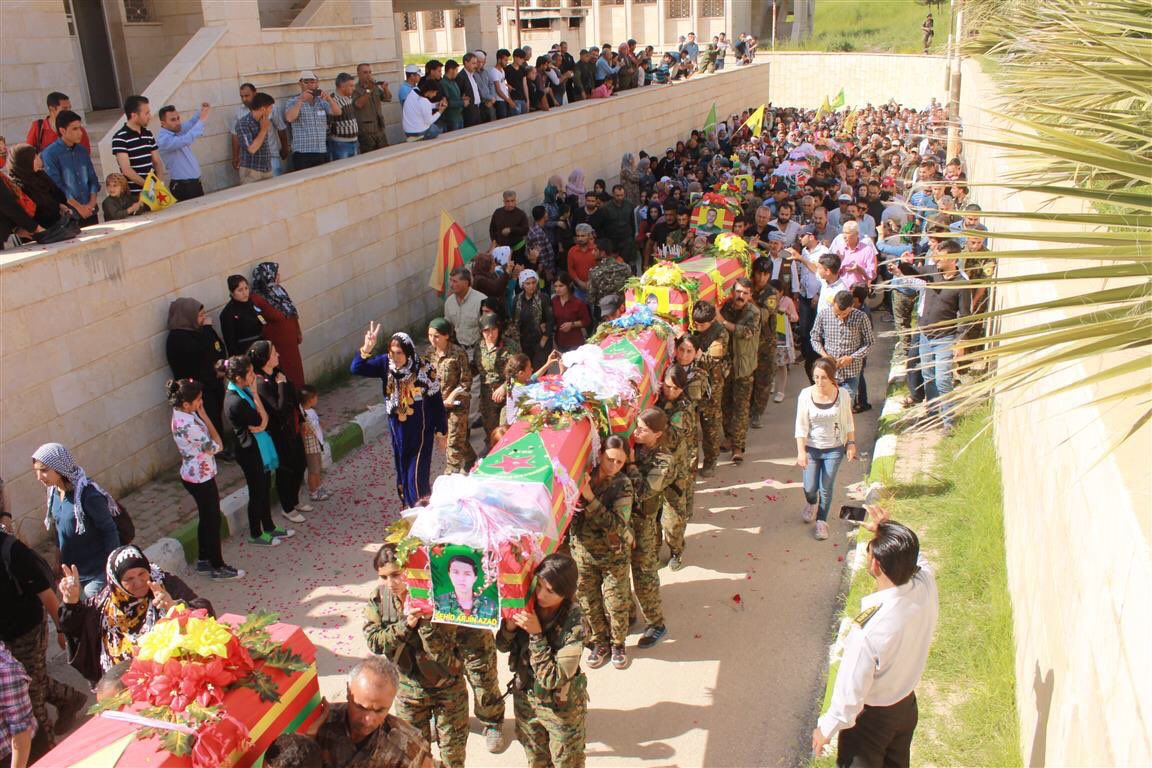 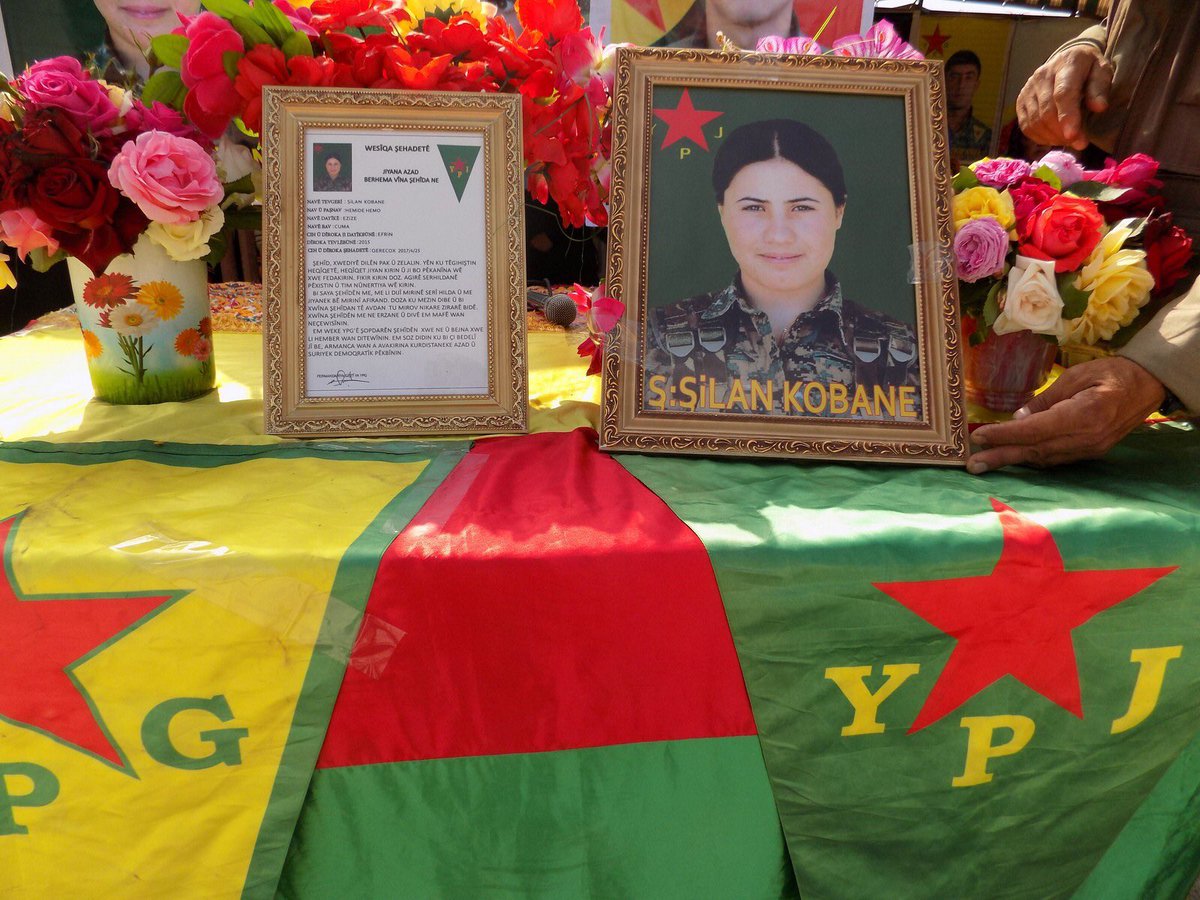