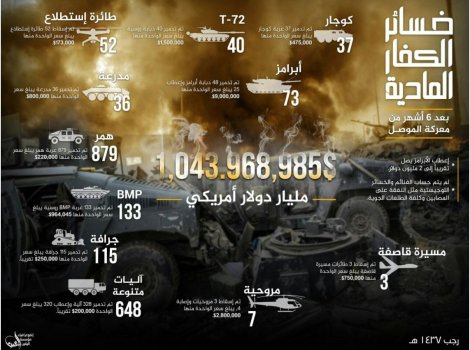 It’s been six months since the beginning of the battle for Mosul (while it is flying, but it seemed that all began recently http://colonelcassad.livejournal.com/3014361.html). Despite the initial optimistic plans for an early defeat of the militants, everything is much more complicated. On paper, the plan was initially to take Mosul for the election of the President of the United States, which in theory was supposed to play in favor of Clinton. Then, it was supposed to accelerate and achieve critical goals in December. This also did not happen.

Conceived by the Pentagon, the uprising in Mosul against ISIS as never took place (it turned out that part of the population supports the militants, and the rest were looking for a way to leave town rather than fight the “Caliphate” with arms). In the end, the decisive operation for the rapid capture of Mosul has turned into a months-long grueling battle that painfully nearing completion.

Dense residential development West of Mosul, which was the last Outpost of the militants to “Iraqi capital of Caliphate”. 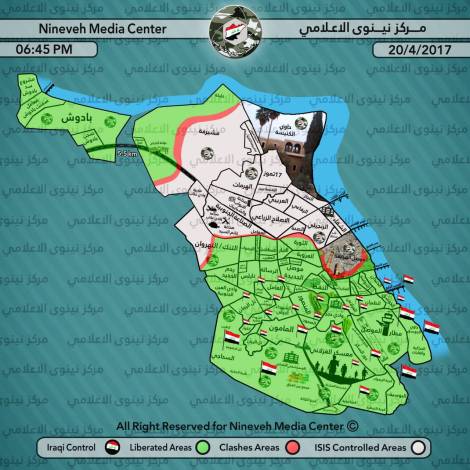 The final result is in no doubt, because of the overwhelming superiority of the attackers in manpower and technology. The rebels could oppose only traditional stubbornness of their infantry in the defense, massive suicide attacks, and as standard for street wars things like mines, snipers and the use of underground utilities. Of the innovations worth noting widespread Bambaataa UAV.

The brunt of the fighting fell on the Iraqi army, which fully drank of problems. The Kurds in the storm almost did not participate, limiting the occupation of the districts to the North of the city. Shiite militia were mostly engaged in blocking Mosul from the West and sweeps in the Eastern part of the city.

In honor of the anniversary, fighters in order to maintain the morale of the fallen, released a report on the losses of troops of the American coalition for 6 months of the assault.

the Total amount of losses advocates of the Caliphate pulled 1 billion dollars (as for me, for such a campaign is not a large sum, it is believed that the bombing from the USA cost more expensive), to give the report greater efficiency.

How do these numbers correspond to reality, hard to say – the loss of the Iraqi army suffered constantly and in some episodes, they even in a single species was huge, but such a figure came running just as a result of the routine losses that apparently take into account not only a direct assault on the city, but the battles with the Kurds North of Mosul, the battles with the Shiite militia West of Mosul and in the district of tal afar, as well as fighting on the banks of the Tiger South of Mosul at the end of 2016.It is also worth to note that both sides lost several thousand men killed to them should be added the thousands of dead civilians (mainly in the fighting and as a result of blows of the American aircraft + mass executions by the “black”). The calculation technique of the Caliphate did not come across, but will not be an exaggeration to say that “black” will lose everything they had in Mosul. Some tens units of various armored vehicles + most of the carts, gun trucks-vehicles, bulldozers, they are already knocked out.The rest will be either destroyed or will be used in the latest attacks, bombings, or taken as booty, though of course to compensate for the loss in the assault is unlikely to allow.

To this report should be treated with a certain skepticism, as militants, as well as all other participants in the war, like to embellish your achievements in the style of “write more, which they considered infidels”.

Overall, the painful removal of the militants in Mosul will take some time, and of course not without more losses. But in the end Iraq and it will survive, but for the Caliphate the loss of the of Mosul will be a terrible blow, and it’s not only the value of the city, which administratively has long been cut off from the Caliphate and its quasi-state system is actually isolated.The fact that after Stripping the city and district of tal afar, released a large number of troops that will be used for operations in Western Iraq that promises in the second half of 2017 big problems for the Iraqi parts of the Caliphate. So fighters can certainly amuse themselves by bragging about the losses of the Iraqis and the company, but it only underlines a simple truth – the Caliphate as a quasi-state structure will suffer inevitable defeat, crushed by superior opponents, but the way will be a long and blood will be shed fairly. The battle for Mosul is more than demonstrated. On the order of Raqqa.

The Iraqis good luck in the extermination of the black plague.