“95% of the world’s terrorist attacks are orchestrated by the CIA. The St. Petersburg metro bombing must be investigated with this in mind. If the CIA have Russian blood on their hands, they will forever regret stirring the Russian bear from its peaceful slumber.” 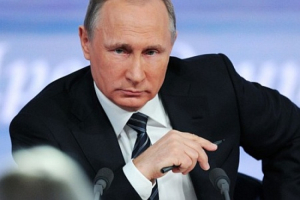 Russia – St. Petersburg – April 6 2017. During an extraordinary meeting, Vladimir Putin — the President of the Russian Federation — has accused “the US ‘Deep State’ and the radical Islamic groups they sponsor” to destabilize key regions in the world. Putin also suggested that the CIA could have played a hand in the bombing of the St. Petersburg Metro. Follow us on Twitter: @INTEL_TODAY