What Comes After the Syria Strikes

With American credibility restored, Trump should lead a diplomatic effort to replace Assad.

We’re joined now in the studio by Paul Wolfowitz. He was deputy secretary of defense under George W. Bush, and he is currently a visiting scholar at the American Enterprise Institute. Welcome, sir, the program.

GARCIA-NAVARRO: You wrote an op-ed piece in The Wall Street Journal calling on President Trump to back up his tough talk on Syria with action. How satisfied are you with the U.S. airstrikes he ordered?

WOLFOWITZ: I think it was impressive, some people might say surprisingly impressive. But it was – for a brand-new administration, it was – to put it all together that quickly and to do it that well, I think, is something to be very pleased as an American. It was limited and proportional, but nevertheless, it was strong and sent a very, very strong message. They did it without U.S. ground troops and with no U.S. military casualties, which is very important. But I think what also may be the most important thing in all of this is that when the U.S. acts decisively, it changes the way everybody thinks. Our enemies suddenly become more cautious or even think about how to cooperate. Our friends become stronger and more willing to support us. I think we saw that many years ago when George H.W. Bush declared that the Iraqi invasion of Kuwait would not stand. That sent a message to the whole Middle East that here was a president of the United States who was going to stand up and get something done.

GARCIA-NAVARRO: So you think this sends a message. But what should happen next, if anything, in your view?

WOLFOWITZ: Well, I’m sure they have many ideas. I don’t think they need a lot of speculation from me. But what I would say is this, that because of the change in attitudes, which is really very striking, we have, not surprisingly, our European allies stepping up and praising us; our Asian allies, also. Even in Iraq, you have senior political leaders calling for Assad to resign. I think the Russians have started to back away from that ridiculous claim that they were supporting of the Syrians, that this was a rebel poison factory that was attacked.

GARCIA-NAVARRO: So should Bashar al-Assad be removed from office, though? I mean, should this go further?

WOLFOWITZ: Look, we’re in early stages. I think what we have are opportunities, opportunities particularly on the diplomatic front. People will do things now that they weren’t ready to support before. And I think the goal should be something that ends this humanitarian disaster that is Syria that stems the refugee flow and that…

GARCIA-NAVARRO: But what exactly, more military action or diplomacy?

WOLFOWITZ: I just finished saying diplomatic action would be the – my first preference. The thing is now when you go to diplomacy, people know that you have something behind it. And if diplomacy doesn’t work, there are other things that can happen. And I think that’s important, and I think – look, personally, I believe that if you want to get peace in Syria, you can’t leave Assad in power. On the other hand, you have to somehow reassure – I’m sure there are millions of Syrians who are afraid of what happens to them if Assad leaves, particularly some of the minorities. So it’s going to be, going forward, a very, very complicated and difficult negotiation, but at least we’ve set a framework where something can happen. I would say in some ways it reminds me of 1995 in Bosnia. After three years of dithering by both U.S. administrations, President Clinton finally took military action that opened the door to a Dayton Agreement. You couldn’t have said right after that military action what shape the agreement would take. That’s diplomacy. It’s unpredictable. But I think it doesn’t happen without leverage, and we now have leverage.

GARCIA-NAVARRO: I mean, obviously, we have to bring up Iraq and the aftermath of the Iraq War, which was extremely chaotic. We’re still feeling the effects now. If there is more military action, if Assad is removed from power, who would fill that vacuum? It’s a very complicated situation in Syria right now.

WOLFOWITZ: Look, if you’d asked who was going to fill the vacuum in Bosnia 20 years ago, no one could have predicted it. I think it’s something to be negotiated by Syrians, not put together by the U.S. proconsul. That’s certainly not what we’re after in Syria. And that vacuum in Syria is part of what created the revival of radical extremists in Iraq. And I think the Iraqis understand that. So that may explain why you have even Iraqi Shia leaders ready to support something different, hopefully recognizing that Iran is not their friend in all of this, that Iran has helped to destabilize Iraq by opening up Syria.

GARCIA-NAVARRO: I’m curious – you said on this network about the Iraq War that we went into Iraq because we believed Saddam Hussein was dangerous, not because we believed we needed to go to war to install a democracy in Iraq. Applying that to Syria, is Assad, do you think, dangerous to American interests?

WOLFOWITZ: I do. I think anybody who uses chemical weapons against his own people is dangerous because he may use them against other people. And I think the example of violating not one, not two, but I think by now three different agreements on chemical weapons, if he gets away with that, that’s a very, very bad message for the ugly dictator in North Korea, for example, and other people around the world who may think chemical weapons will give them an advantage.

GARCIA-NAVARRO: Former Deputy Defense Secretary Paul Wolfowitz, thanks so much for coming in. 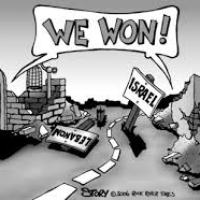 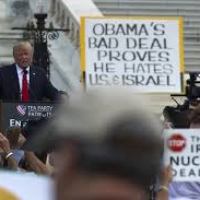