Despite the fact that after the breakout fighters of the front, again was heard the famous screaming about “Assad lost”, “the front is falling apart”, “time to run”, the situation is more predictable in line with similar fighting in September 2016.

Broke through the front of the SAA, a conglomerate of militant groups in the first stage, successfully developed the offensive in the South to the provincial capital, achieving significant operational success – was taken Suran and Khattab, and also a threat to take Mahardah, Maan and Qomhana.

The enemy tried in the development stage to solve the following tasks:

1. To surround the garrison Mahardah.
2. To achieve the capture of Khattab and output directly to a defensive perimeter around the provincial capital.
3. To surround and take Ma’an.

The Syrians and their allies almost immediately began to take response measures. Under Boor thrown serious reinforcements from Damascus, HOMS and Aleppo (in the latter case, this has already led to a reduction in the rate of occurrence of SAA against the Caliphate). Troops thrown into the battle piecemeal to slow down the advance of the militants in the South, which turns into fierce counter-fighting in the area Khattab, Arcacha and Komana, which continued for several days.

Enter reserves into battle piecemeal on the one hand was able to respond rapidly to the actions of the militants, but on the other hand did not allow to achieve full efficiency.

The outcome of these battles has remained generally uncertain – fighters retained Khattab and Arah, but suffered a crushing defeat in the battle of Qomhana , where the local garrison with the support of “Tigers” reflected 3 attempted assault.

In the end the militants ‘ advance towards the capital of the province has slowed sharply, although complete stabilization of the front so far.

In the area Mahardah, the militants tried to arrange a pincer movement, cutting the city off from the rest of the territory controlled by the SAA. This attempt at the moment foiled. The group that tried to circumvent the town from the North was pushed back by the forces of the garrison city, while the southern flanking group received a counter-counterattack from Marsala, which reduced the threat of encirclement of the city that hangs on the flank of the rebels advancing on Hama. In the area of Marsala still continuing heavy fighting in which the army is trying to completely eliminate the threat from this direction. 16 hours ago there were reports that the SAA has liberated Marsat.

In the district of Maan, an attempt of the militants ‘ offensive has bogged down. Moreover, due to the coming up of reserves, were repulsed by the village of Kaukab, the control of which created the preconditions for the environment Maan, an important Outpost of SAA in the Eastern part of El Latnenskogo the ledge.

On these maps shows the loss of momentum of the militants ‘ offensive. Counter-counterattacks at Araha and Khattab have clearly played a role.

As a result, on March 27, the militants have lost momentum, the forces on the widespread success they have proved to be clearly insufficient, so suitable to the front of the reserves of the SAA effectively help stabilize it. In addition to the “Tigers” among staying reinforcements marked “desert Falcons” and “the 5th Legion” troops “Hezbollah”.

In a rapidly changing balance of power, the militants are seeking to use the continued momentum of the offensive to concentrating power on a couple of areas to break through the main line of defense of the SAA to the North of Hama. Massive attack Khattab show that “al-Nusra” and not refused from the idea to achieve a more decisive victory, but in the current circumstances, this persistence may go to the rebels side, however, similar tactics they pursued in the course of attempts to break the blockade of Aleppo.Planning operations in Hama on the part of the militants engaged in essentially the same people, so the actions of the militants can be traced to a particular pattern.

In the case of the stabilization of the front and stopped the offensive of the militants, the forces of the SAA in the province + the arrival of his reserves will have the opportunity to select one of the lines for the counter-offensive.

1. Option at least. To push the enemy back from the Louts by straightforward operations against Marsala, Khattab and Suran with the prospect of their release in 1-3 weeks. This option is less ambitious, but with a high degree of probability will allow the Syrians to gradually regain lost ground consistently realizing the superiority in manpower, technology and aviation.

2. Option maximum. Hold the front to the North of Hama. Focus group of tanks and infantry in the area of Maan or Mirada and cause cleave on the prolonged wing fighters in the rear group of militants in the area Khattab, Arcacha and Comana. With air support, such an attack can have serious chances of success, given the fact that the militants entered the battle almost all of its operating reserves.

But it is rather the balance of the term. First you need to repay the initiative of the militants and force them to go on the defensive, especially since they have suffered a number of tactical setbacks, the rebels will probably try to pull out of Idlib, even some of their reserves, or to repeat the blow Kahana, or send all the power to carve Ma’an the ledge to secure his flank. So what about full overcoming of the crisis so far, situation is still unstable and quite easily can be complicated.

Of course at this stage the fighting in North Hama not only hinder the development of the offensive of the SAA to the East of Aleppo, but also make it difficult to implement more ambitious plans related to the promotion, in Raqqa province, where the United States with the Kurds gradually develop success from Tabqa, continuing to bend the line on the environment of the capital of the Caliphate.

It should also be noted that in the social.networks spread the rumor that the friendly-fire when VKS mistakenly bombed the positions of the “Tigers” and there were dead and wounded. Official confirmation of this yet, but fully of course such a scenario cannot be ruled out, in terms of moving front lines and quickly changing environment. But however, maybe it’s just stuffing.

Syrian generals plan the next operation. Suhail as the main “fireman” among them. 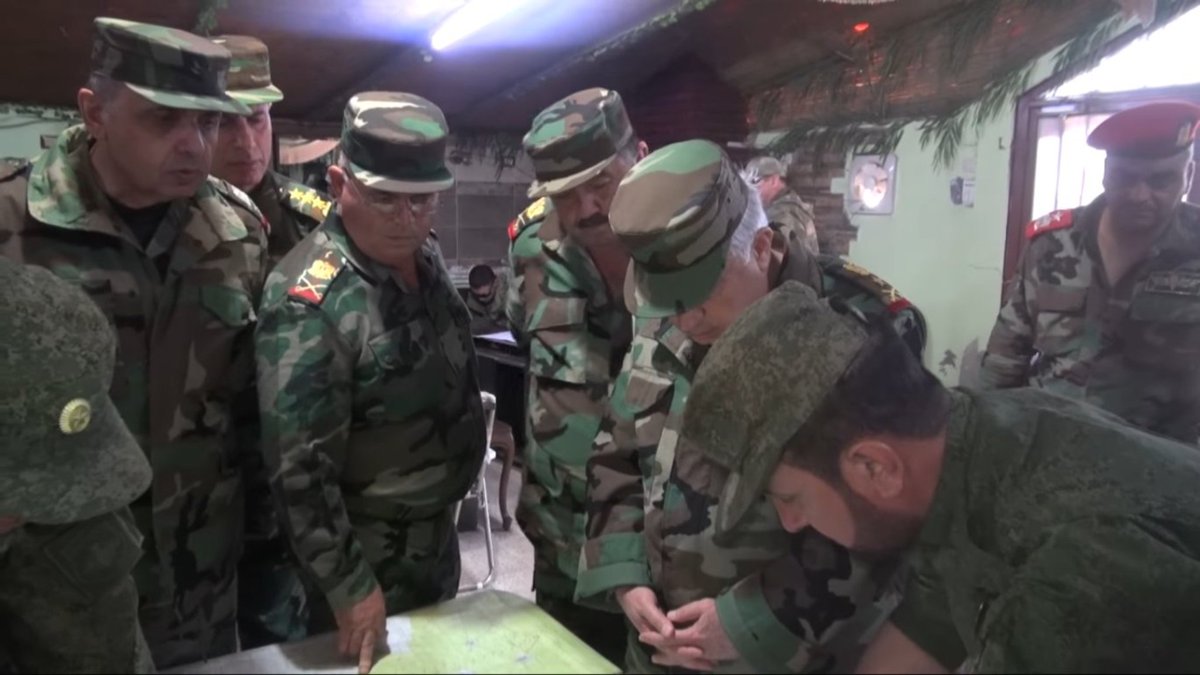 To the side lurked a Russian military Advisor. 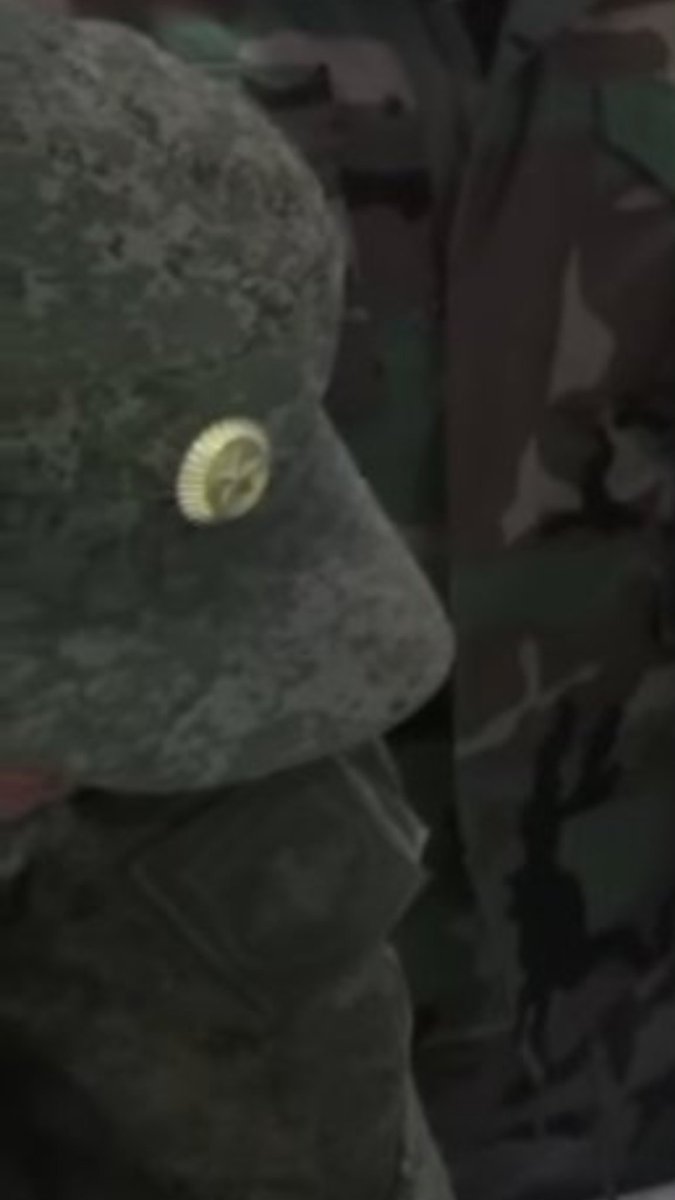 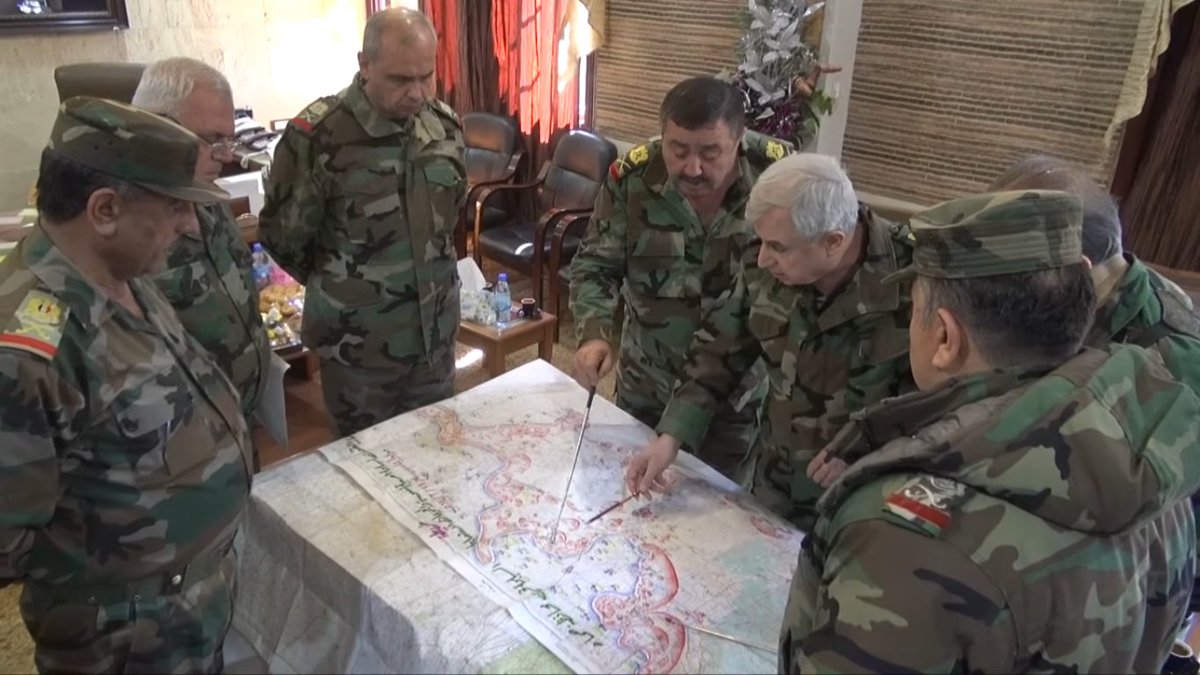 Real map klineline fighters in North Hama. Apparently it is made before the counter-attack from Kawkab. 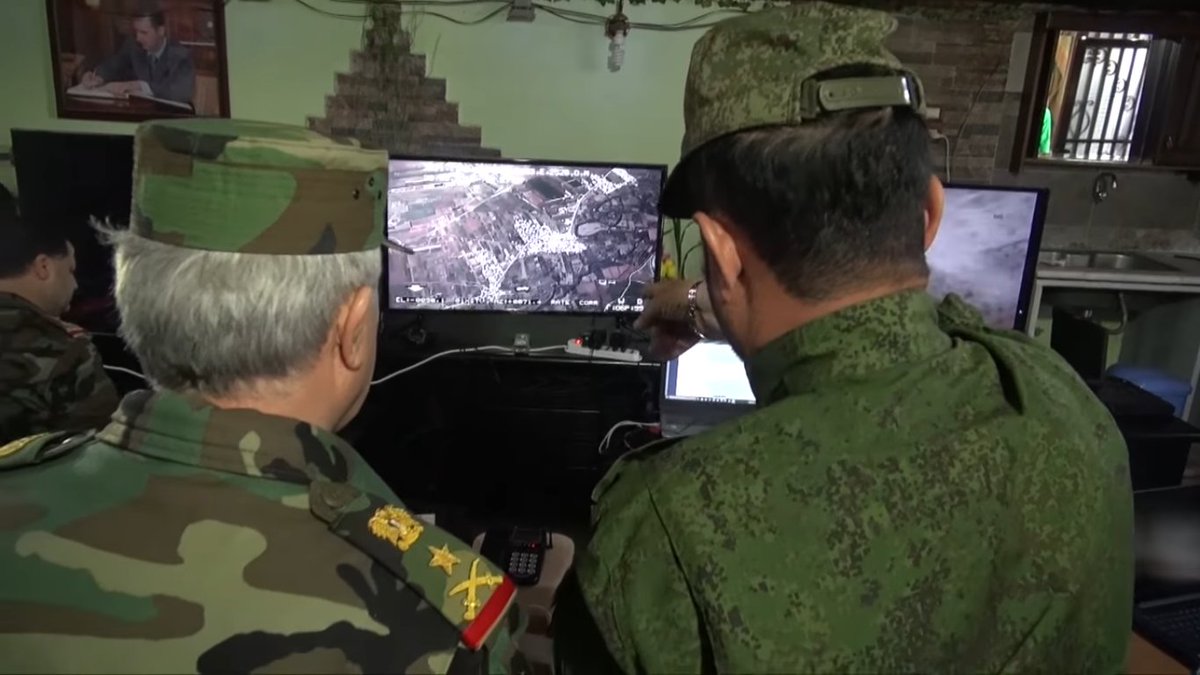 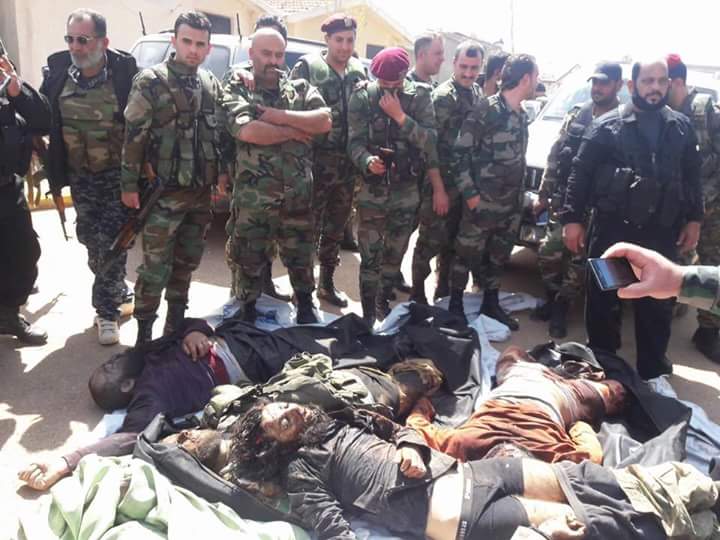 The militants killed in the fighting to Comana. 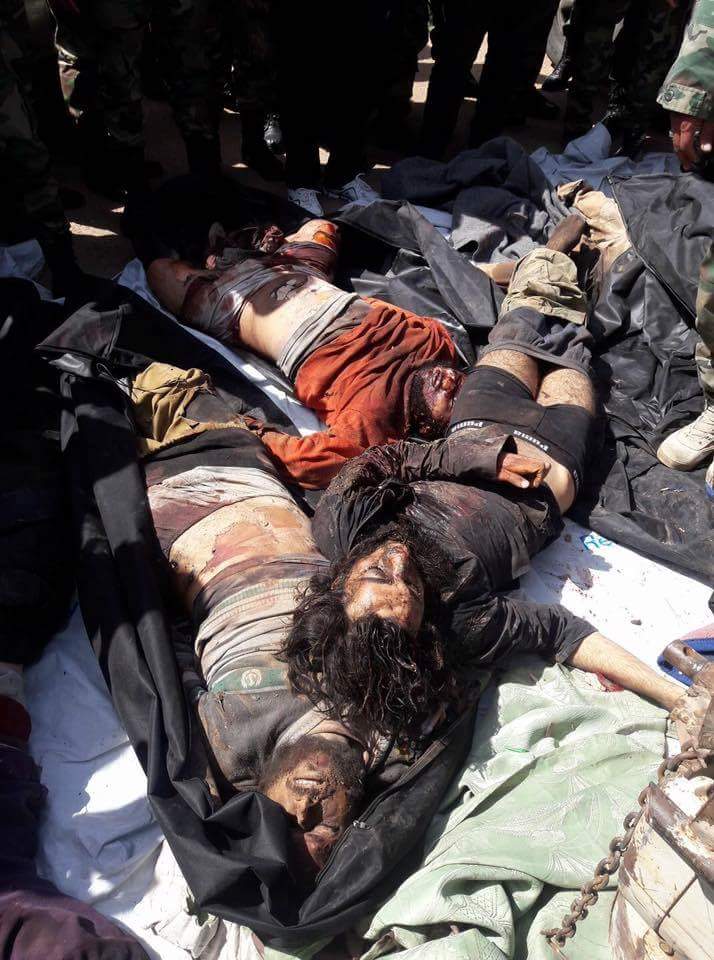 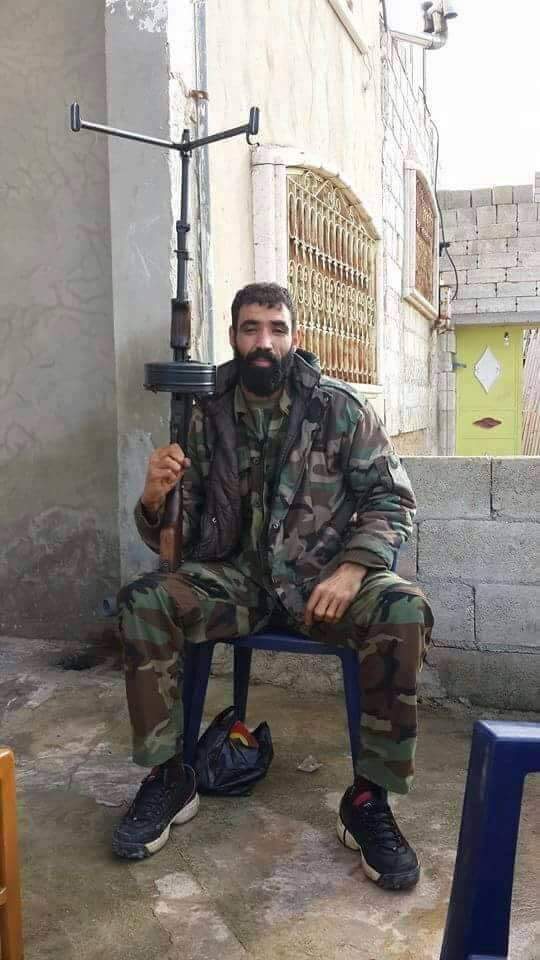 And this is a Syrian who died in repelling the assault of Comana. 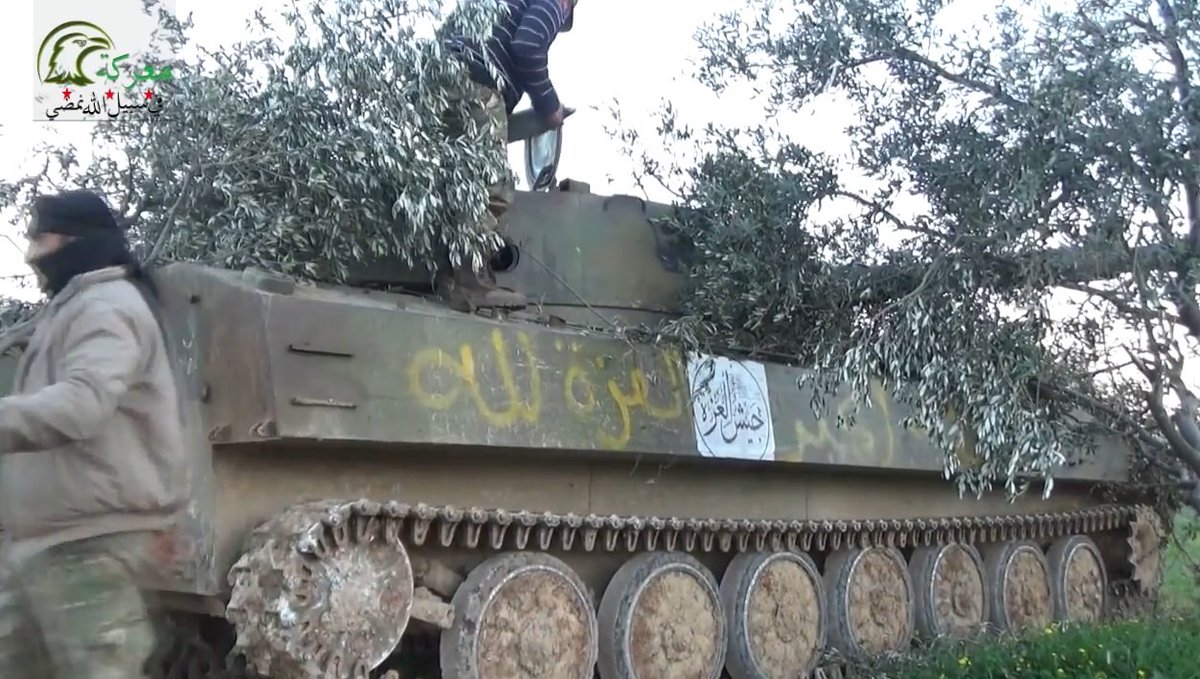 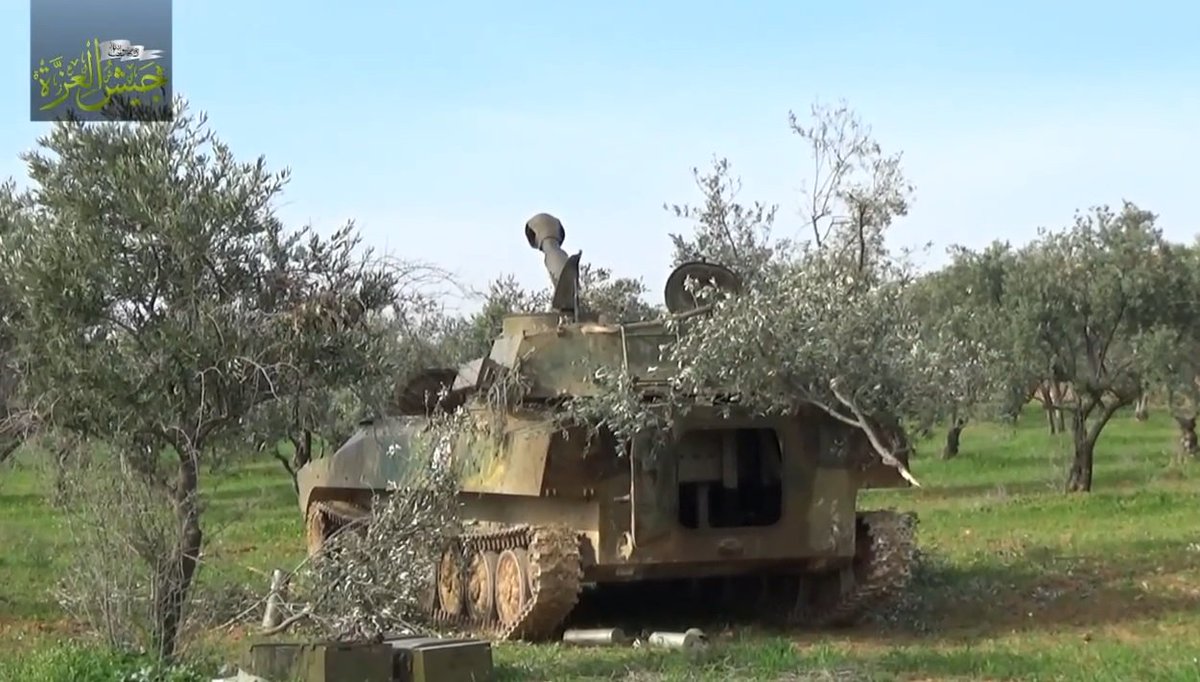 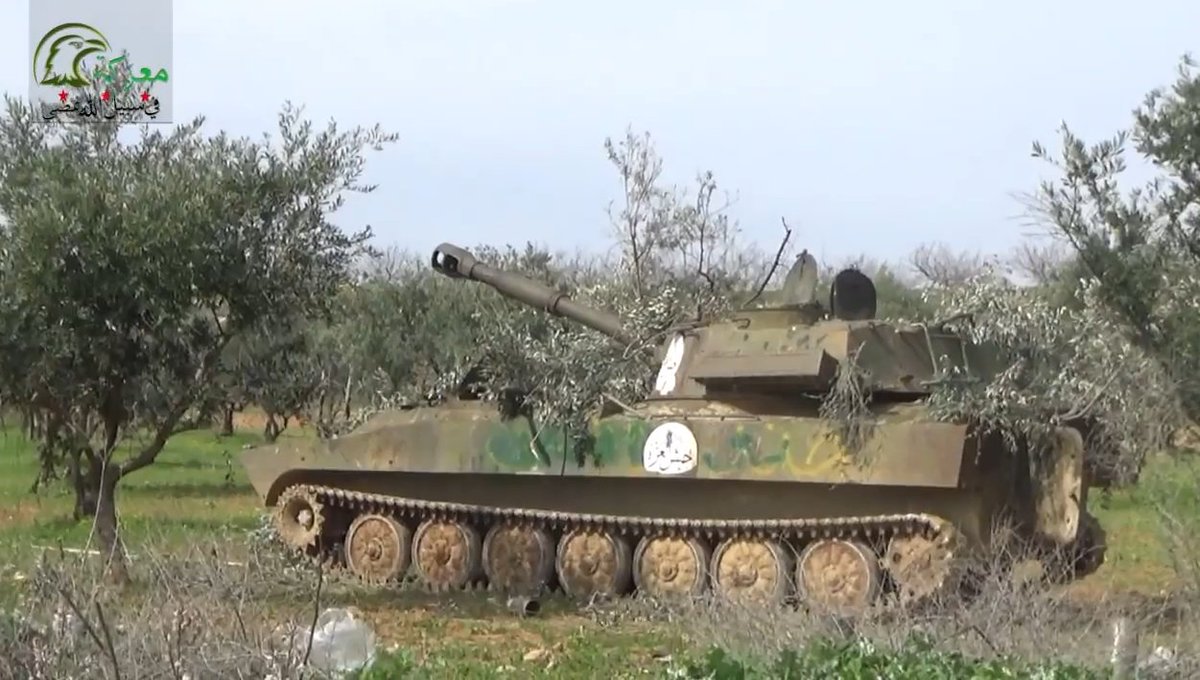 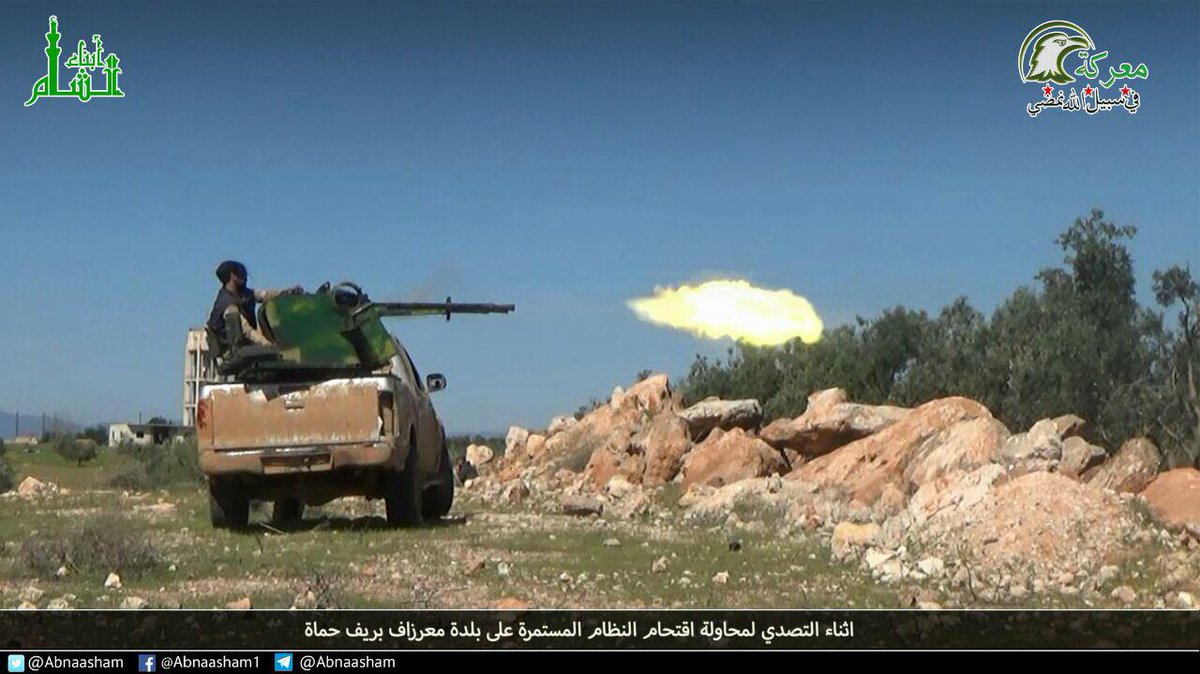 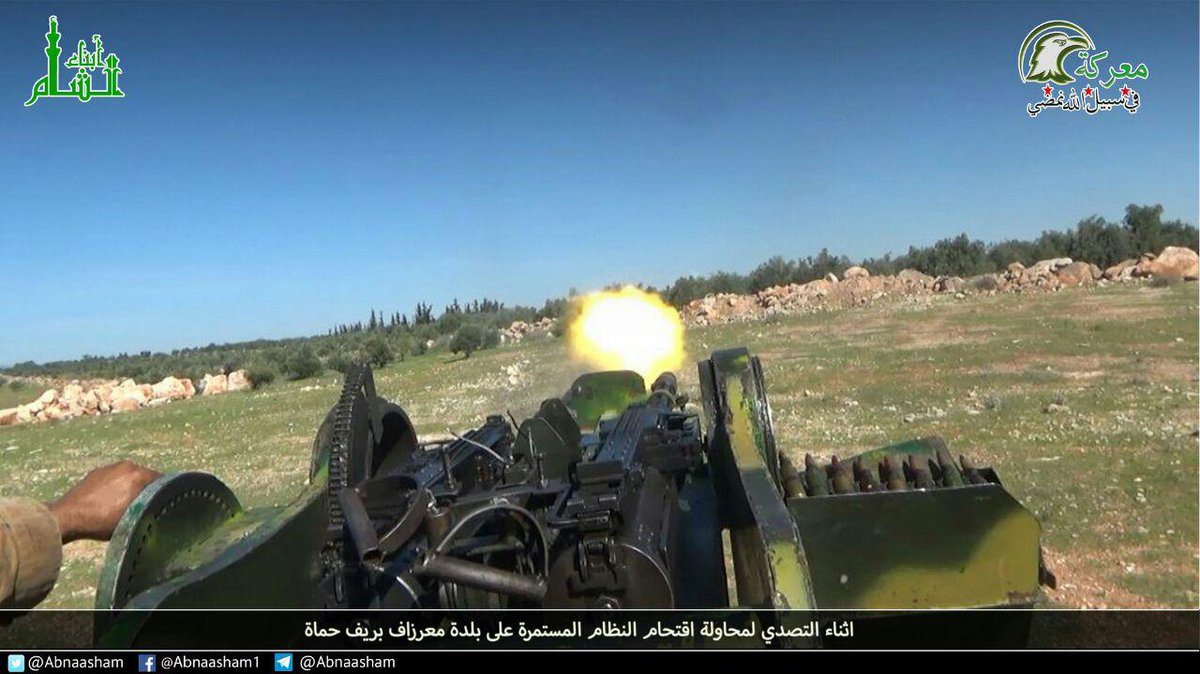 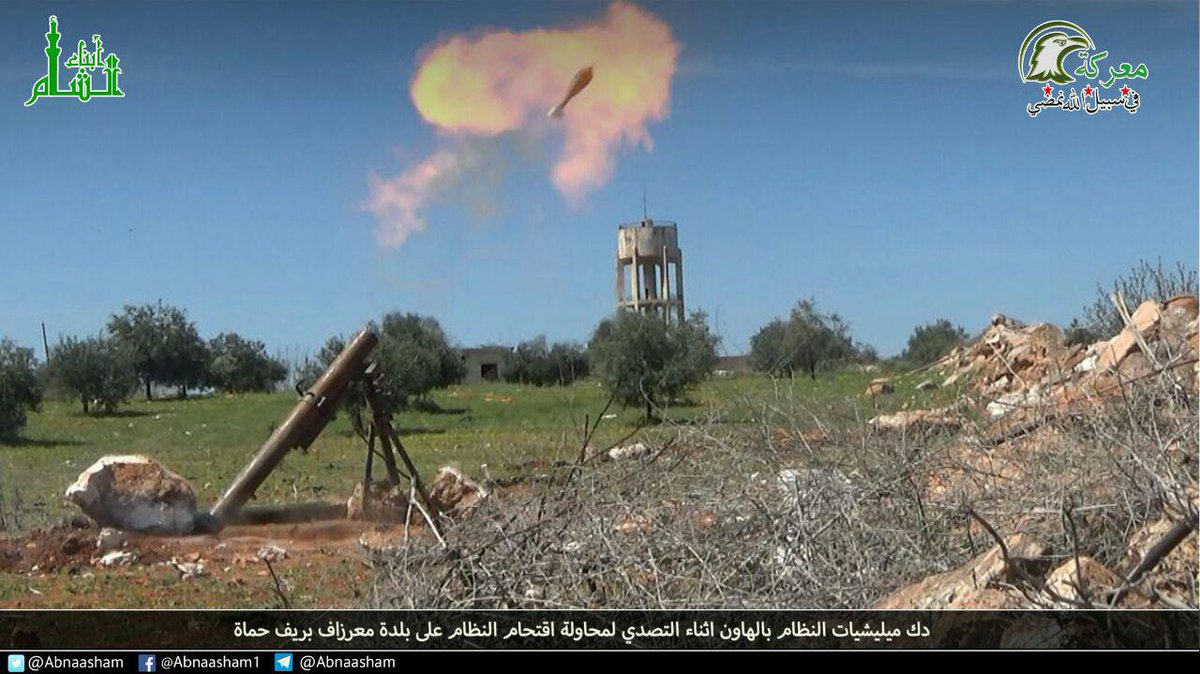 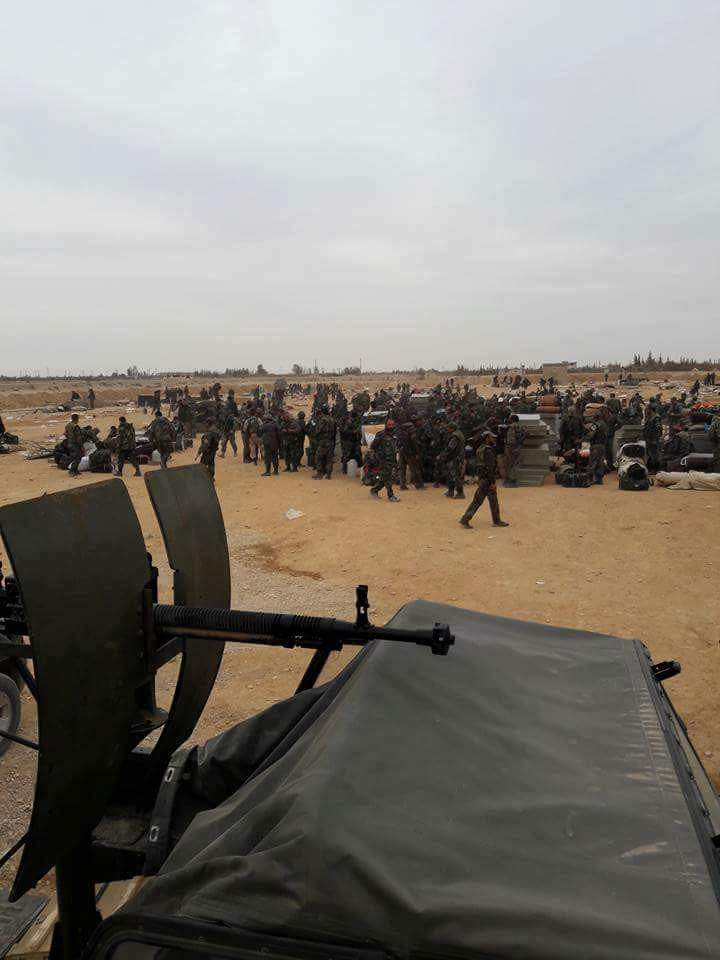 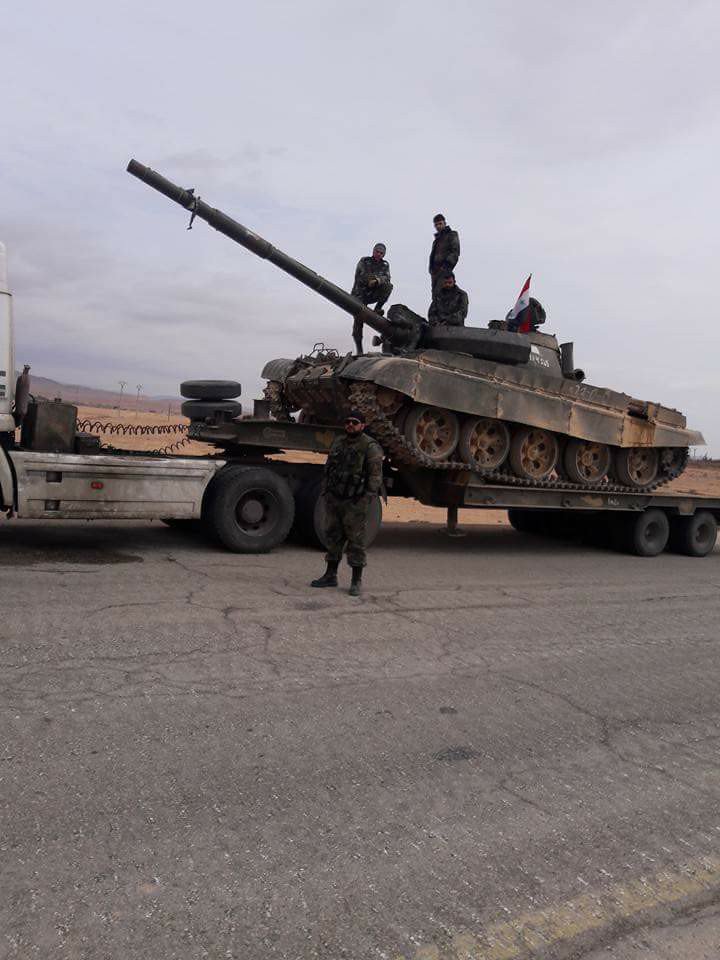 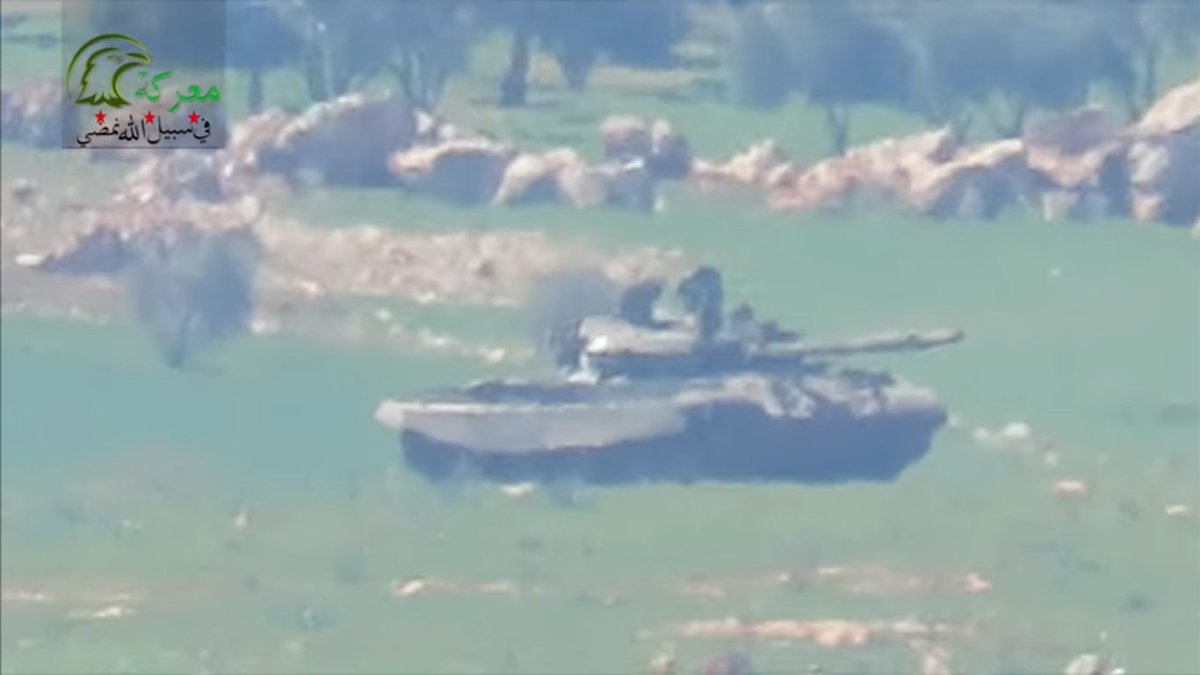 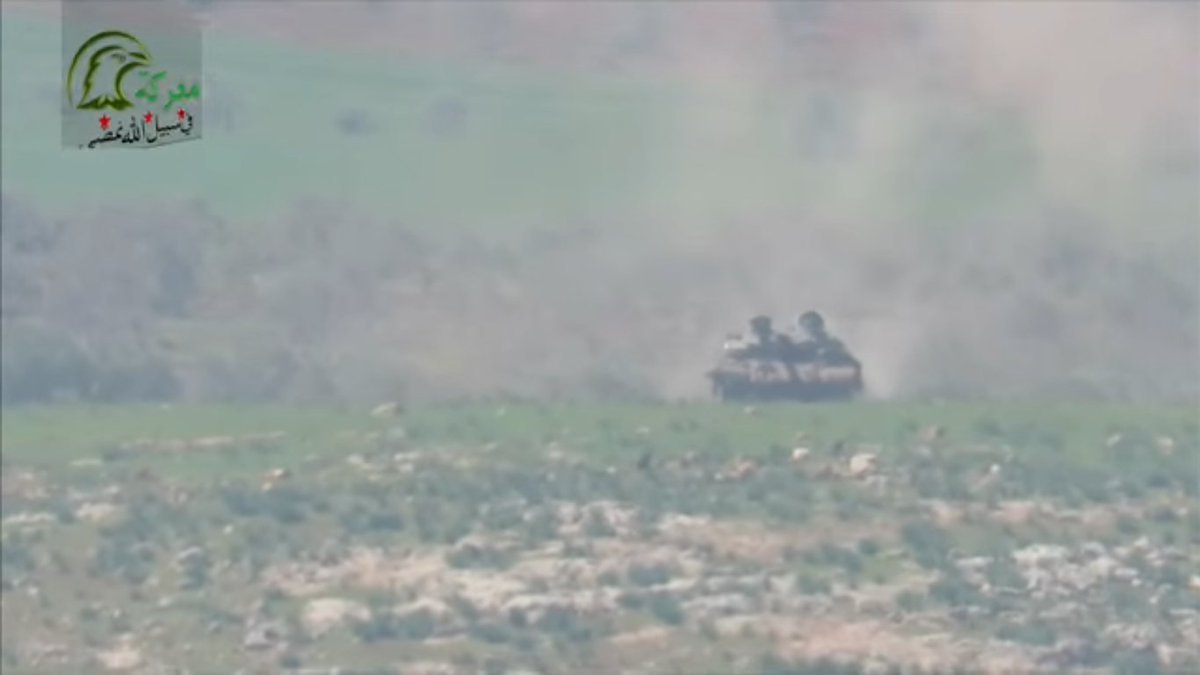 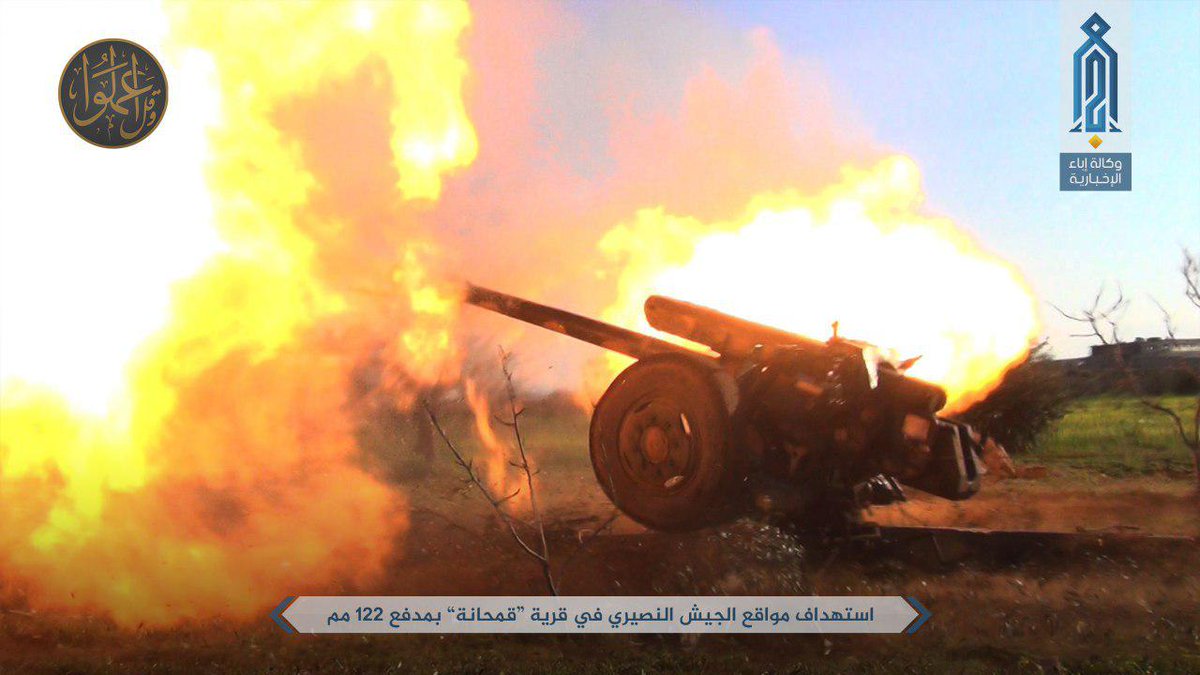 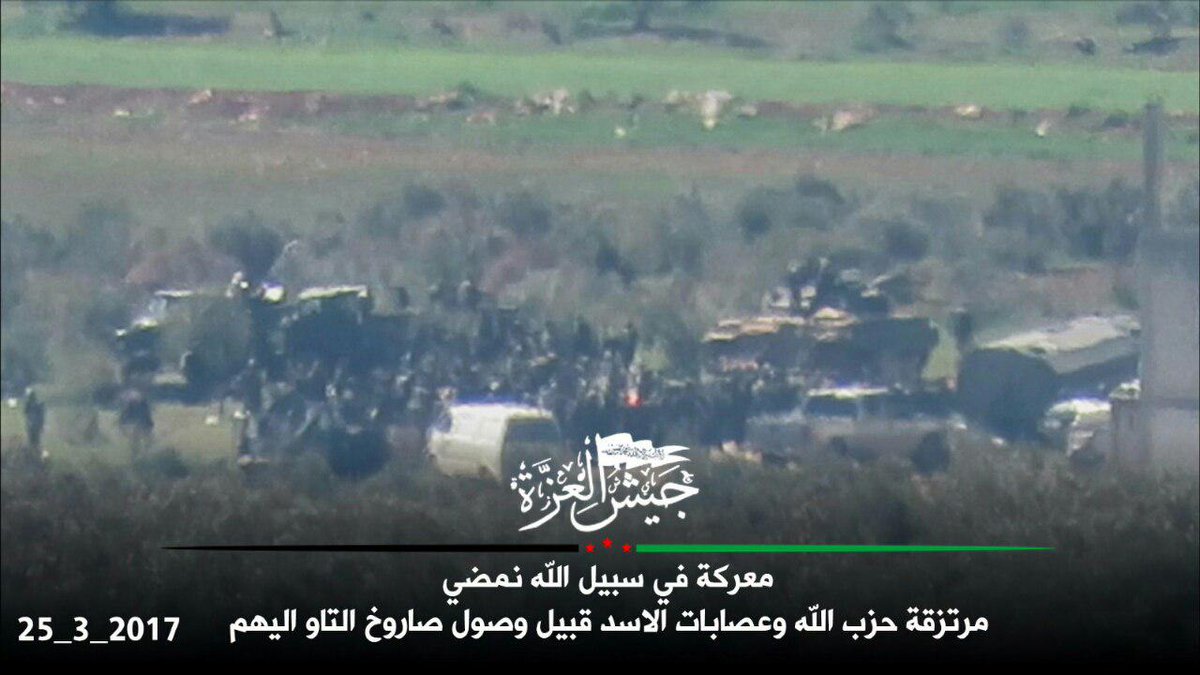 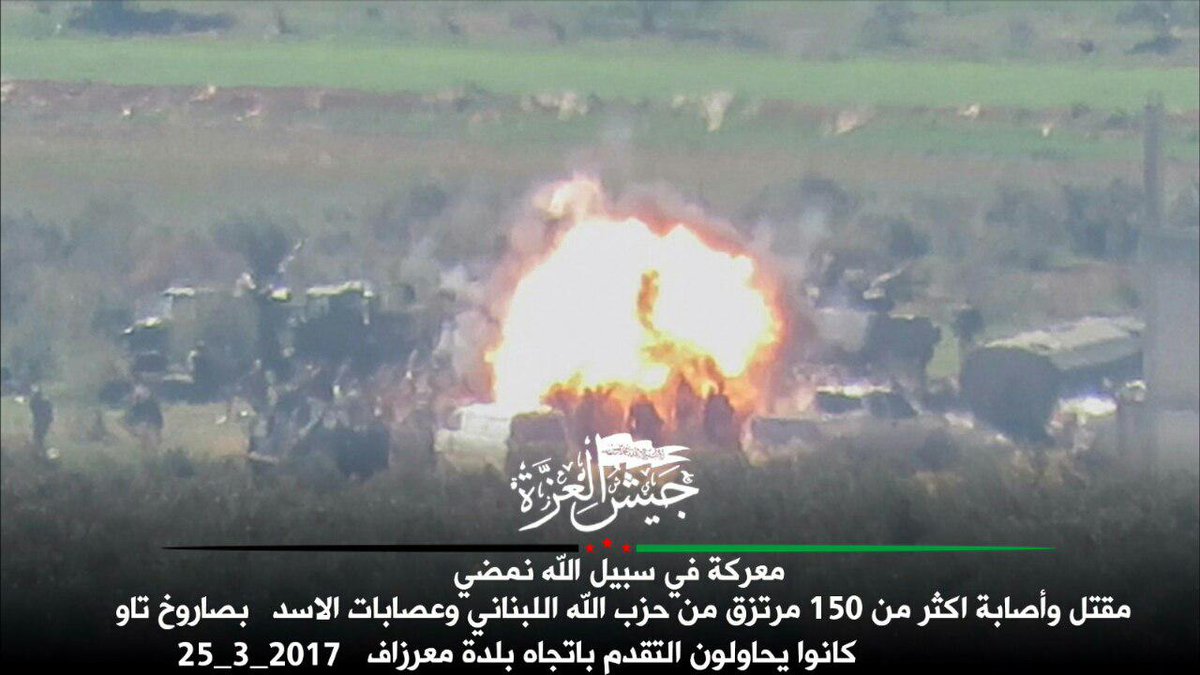 https://goo.gl/fomKfd the summary of military events in Syria from Anna-News