Briefly about the military situation in Hama to March 23.

The enemy continues to build on the success achieved on March 22. The battles are now conducted on the outskirts of the provincial capital, where “Al-Nusra” and her allied groups are trying to breach the main line of defense and the SAA direct access to the city itself. Here it is already shrink reserves from Damascus and Aleppo (there are reports that part of the “Tiger” has brought from the offensive in Deir-Hafer (the benefit here may well along without them) and prepare to be transported to Hama. Marked the arrival of infantry units shot from the Damascus and units of the “lions of the desert”. As usual, this hodgepodge, coupled with distressed local parts, will build a front to the North of the city to protect the capital of the province. Fighters also receive a temporary option associated with the extension of the control zones to the North-West and North-East of Hama. Fighting continued in the area of Maanasa, fighters gradually pushed back the SAA in the East.

In support of the offensive in Northern Hama, fighters of “Ahrar al-sham” carried out the attack from Rustavskogo boiler in the direction of the road of HOMS-Salaam, in order to impede the movement of reserves of the SAA to Hama.

For SAA then it’s advisable to stay on the line Maan – Capra, based on which you can create a flank threat to advancing fighters (when there is a sufficient accumulation of forces, to strike at the flank and in the rear of the militants trying to advance on the South-East of Surat.

The militants are also trying to capture the city Marada, which serves as a support for the SAA in the Eastern part of El Latnenskogo the ledge.

The militants seek to extend the ledge, so expect continuing offensive operations to the South-West of Carnaza and attempts to take Maan to the East. On the one hand, it broadens the front of attack fighters and creates additional challenges for the SAA in the stabilization of the front. On the other hand, not the large group of militants numbering up to 5 million (strike team + reserves) spray your hand and gradually loses its penetrating power.

Both sides suffer heavy losses, according to rough estimates, only in March 22, SAA and the rebels lost a few dozen people killed. As trophies, the militants seized several guns and antiaircraft guns, cars, ammo and at least 1 BMP. The Syrians also lost 2 to 4 tanks. The militants during the fighting have lost several carts and at least 1 tank.
Fighters it shot prisoners and civilians in captured villages who collaborated with the Assad government (it is reported that yesterday were executed between 25 and 35 civilians). FSI Russian and Syrian air force cause constant air strikes on the advancing militants, but in order for this impact to take effect, it will take some time.

The front at the moment has not yet stabilized, so the resolution of the crisis has yet to be achieved. The opponent owns a fully operational initiative. 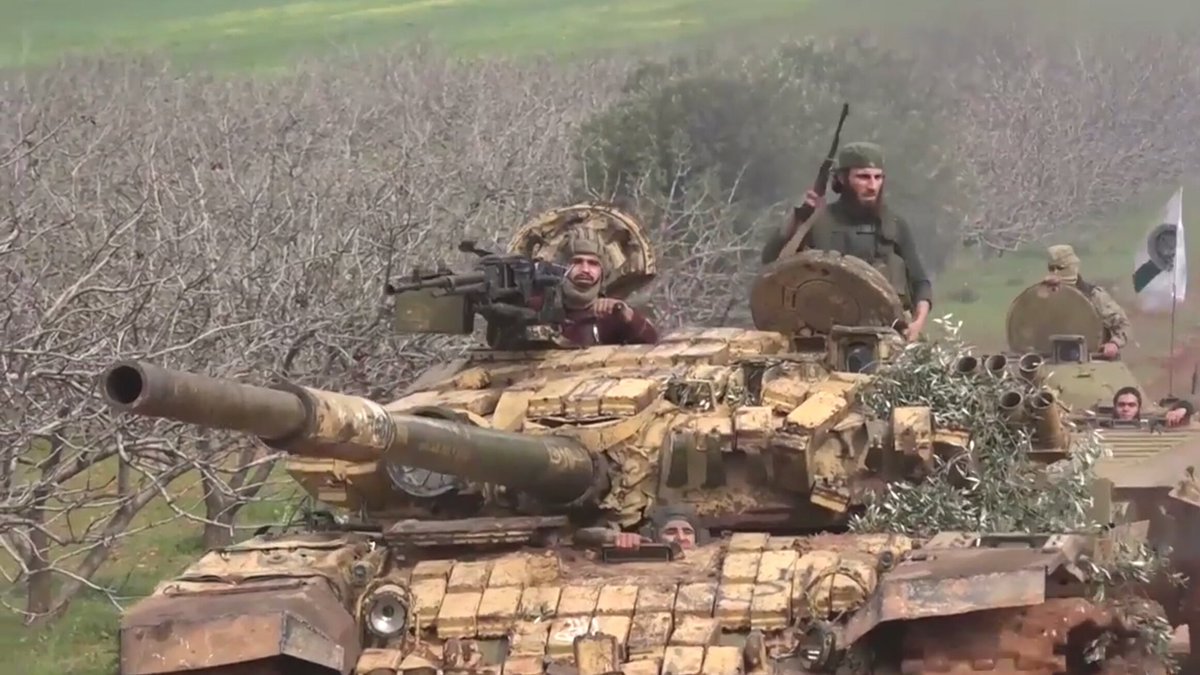 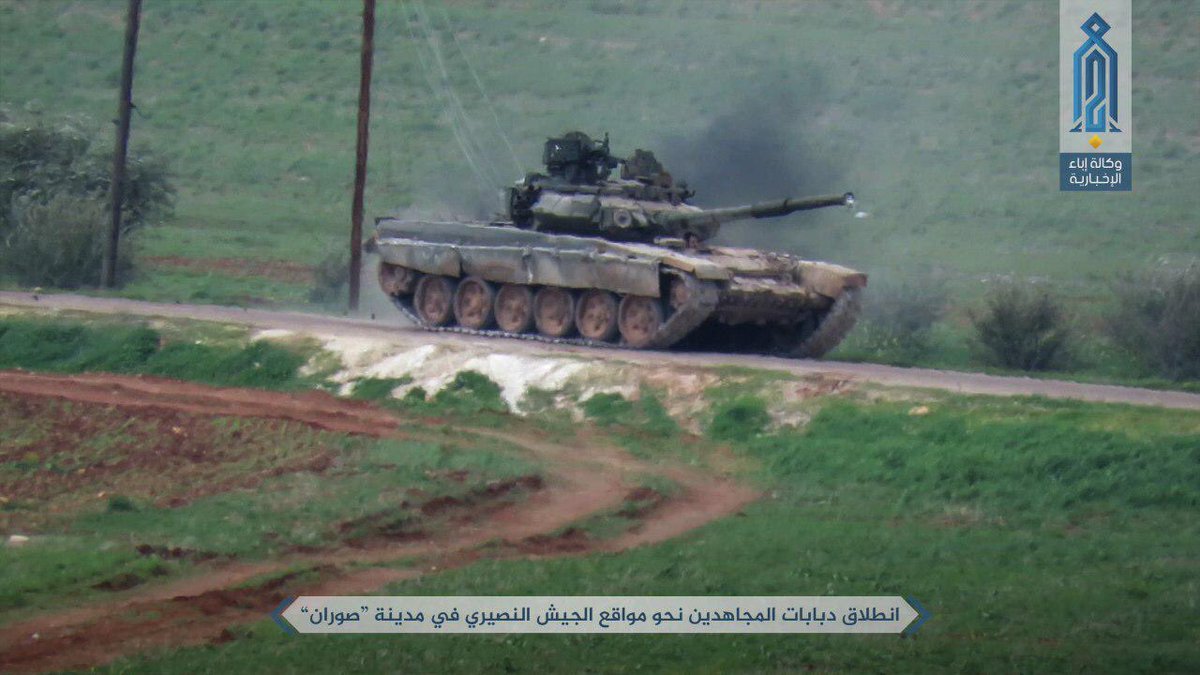 The unit commander “Lions of the desert” major General Juma al-Jassim arrived at the front in Northern Hama.

Militants occupied the office of the Baath party in Khattab. 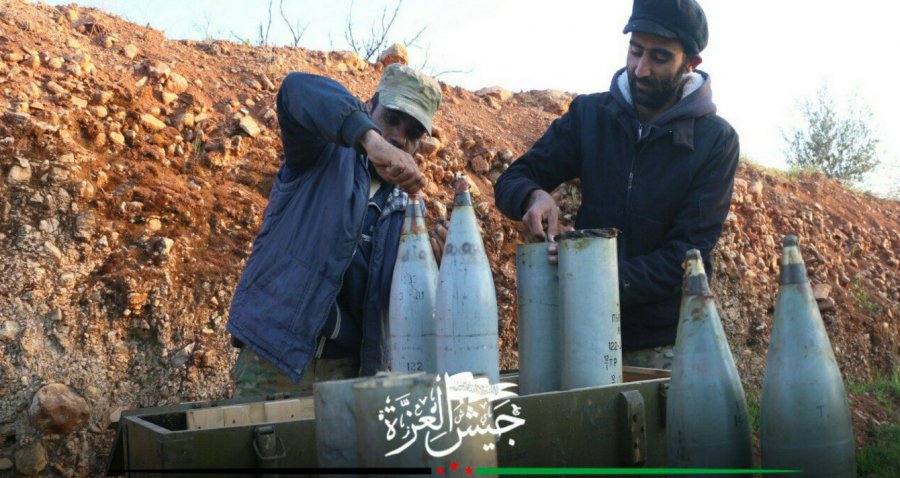 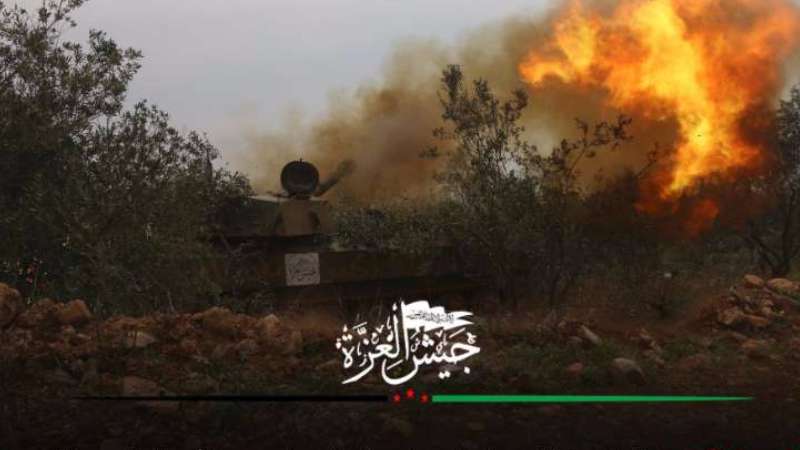 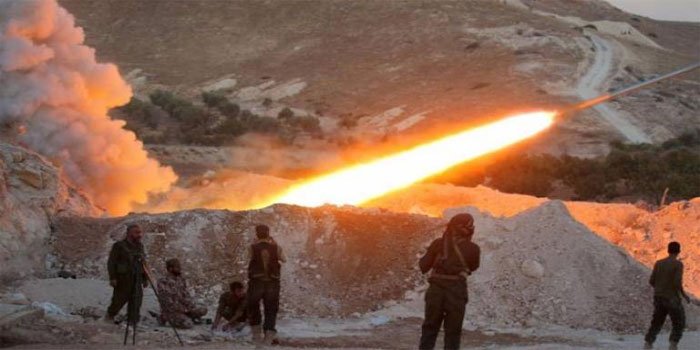 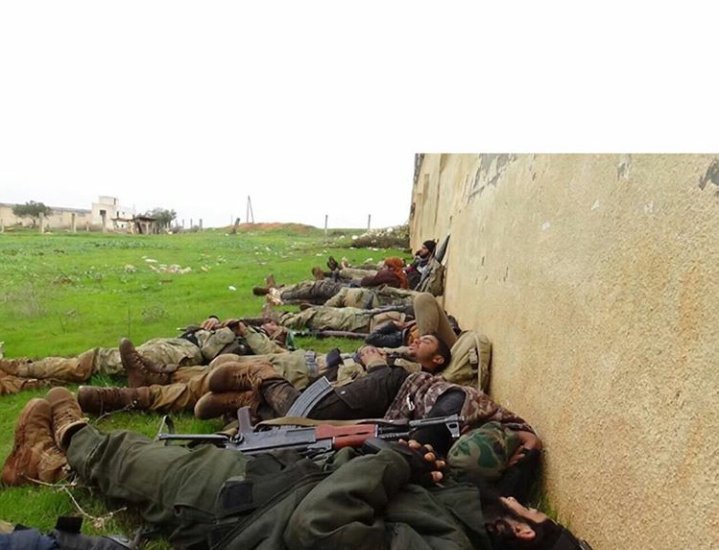 Fighters on a halt. 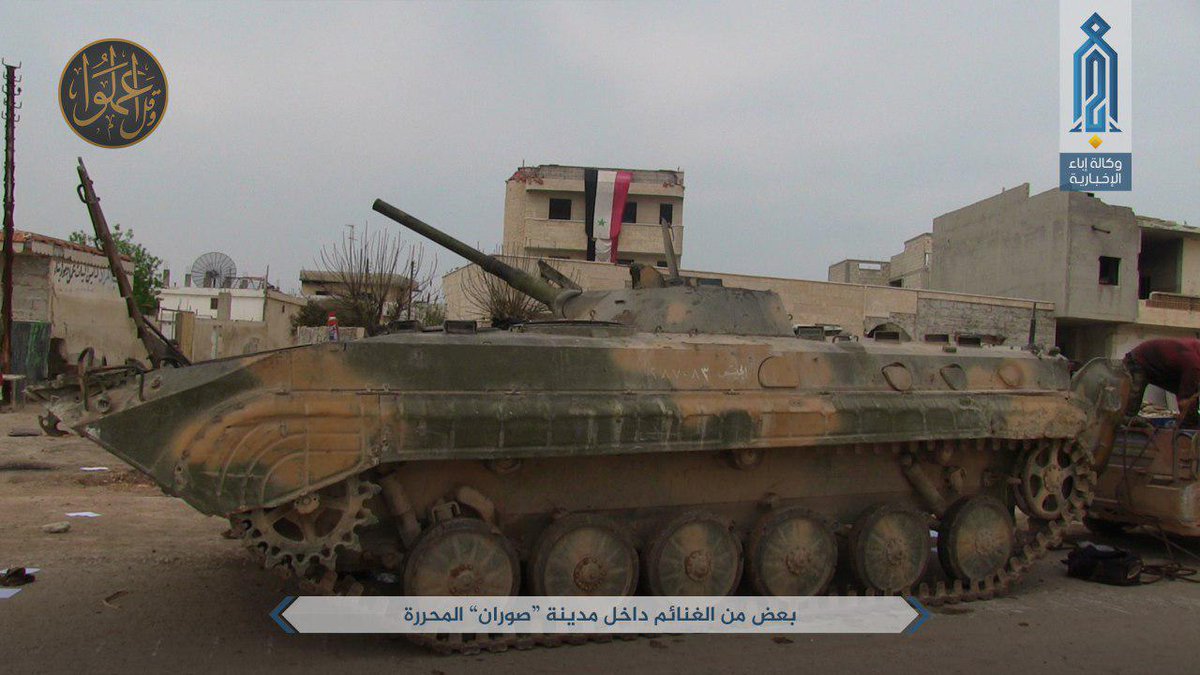 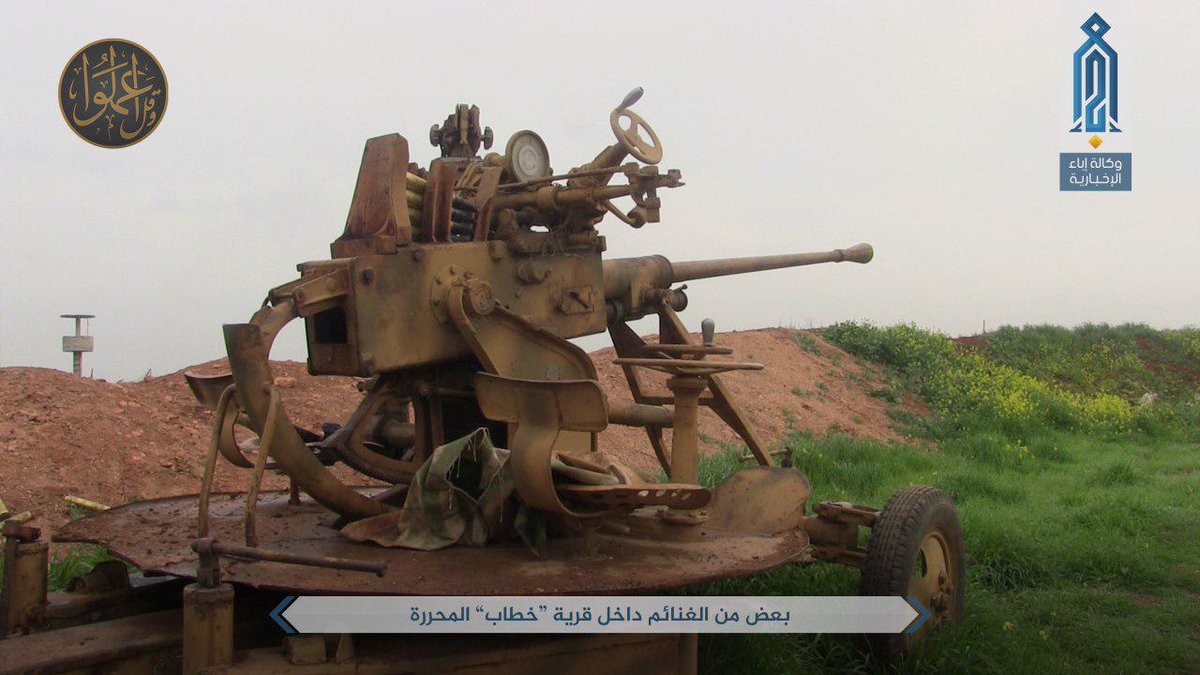 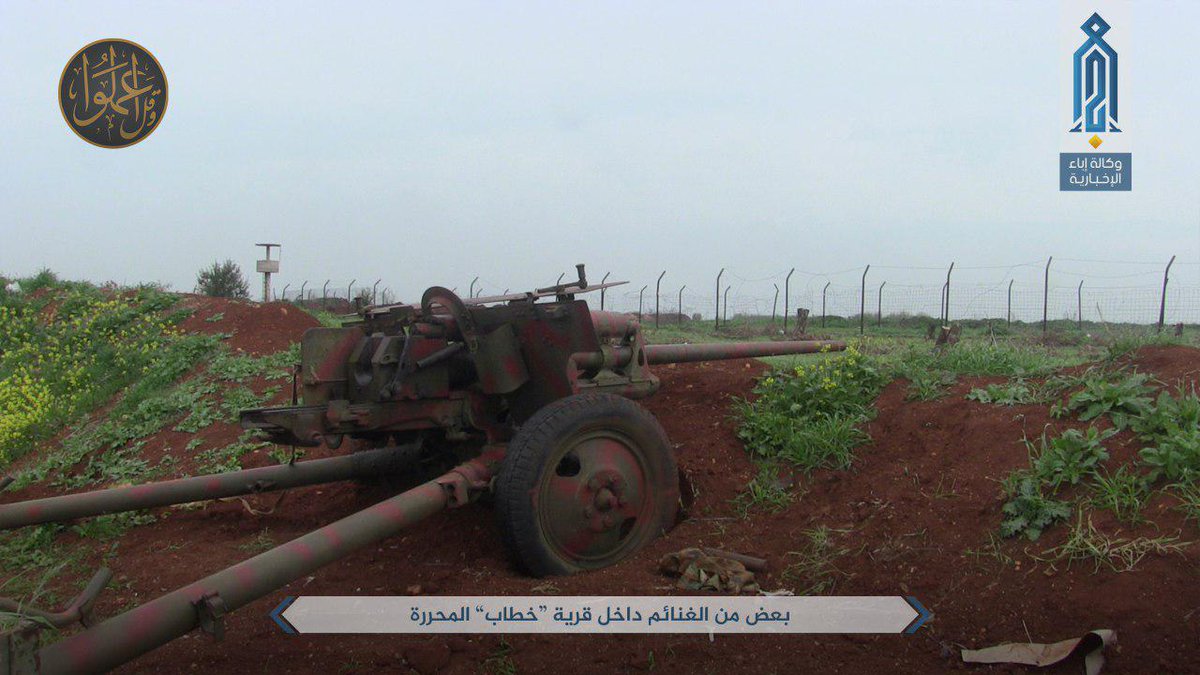 The militants killed in the attack. 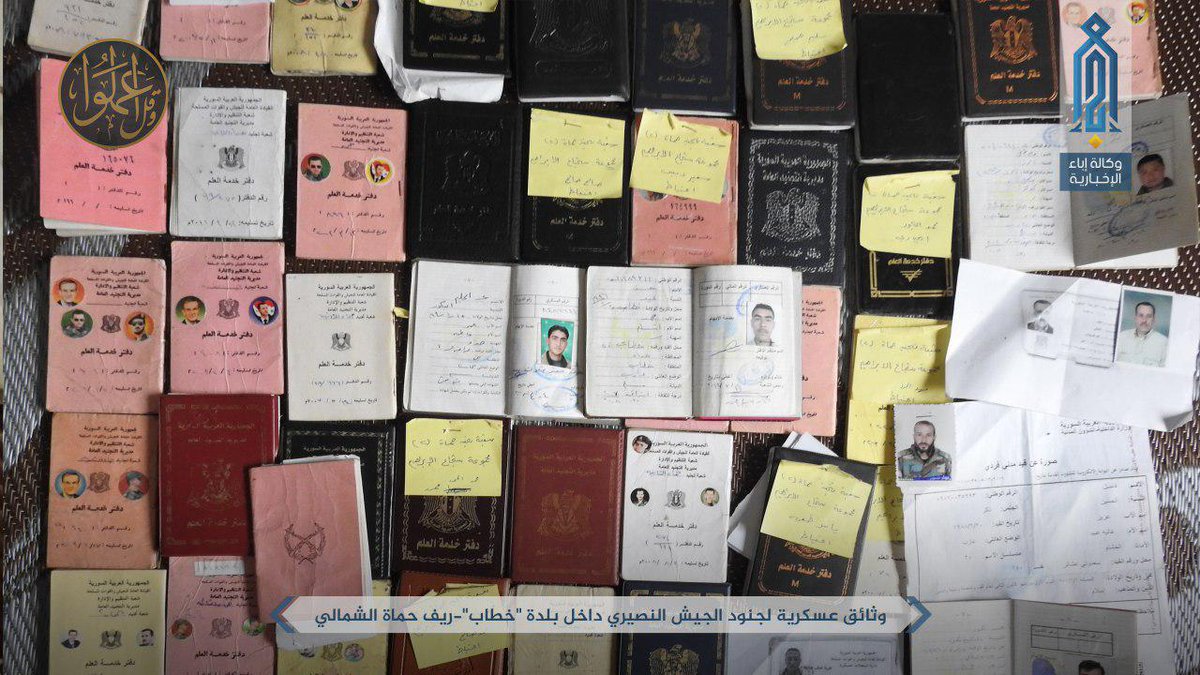 https://goo.gl/Vqs8Ug the summary of military events in Syria for 22 March 2017