On the background of significant problems in Northern Hama, quite casually ends the Saga of the Deir Hafir. Under threat of encirclement, the rebels did not wait for the obvious pot and began to withdraw troops from the ledge, effectively throwing of Deir Hafer, which was the largest Outpost of the Caliphate in the province of Aleppo. Without serious resistance, the SAA during the day took several villages to the West of the city, in fact, closing the ring around it. According to one, from the city you can still go on the road, according to others – the boiler is now closed, although the Deir Hafir not yet released.

According to this version, Deir Hafir is surrounded by, but photos of the meeting of Syrian troops advancing on converging lines to the East of Deir-Hafer yet.

On a slightly less optimistic version, a corridor to the North-East of the city still remains and the remaining fighters can still leave the city.

The next significant goal of the SAA – air base East of Deir-Hafer.

It is worth mentioning that attempts to advance towards Deir hafir to the SAA were made in November 2015 after the successful battles around how to complete liberate Covaris, but then the militants repelled all attempts of the SAA to move towards al-Bab and Deir-Hafer. It is not difficult to notice, for about half a year the situation in this area has changed dramatically.

In General, the SAA systematically used all the benefits of reconfiguring the political and military situation in Northern Syria and has significantly grown territories between Aleppo and the Euphrates, maintaining excellent prospects for further promotion in the province of raqqa.

However, the success in this case go hand in hand with failures. In Hama, despite the reinforcements being moved from Damascus, things still are not the best way. 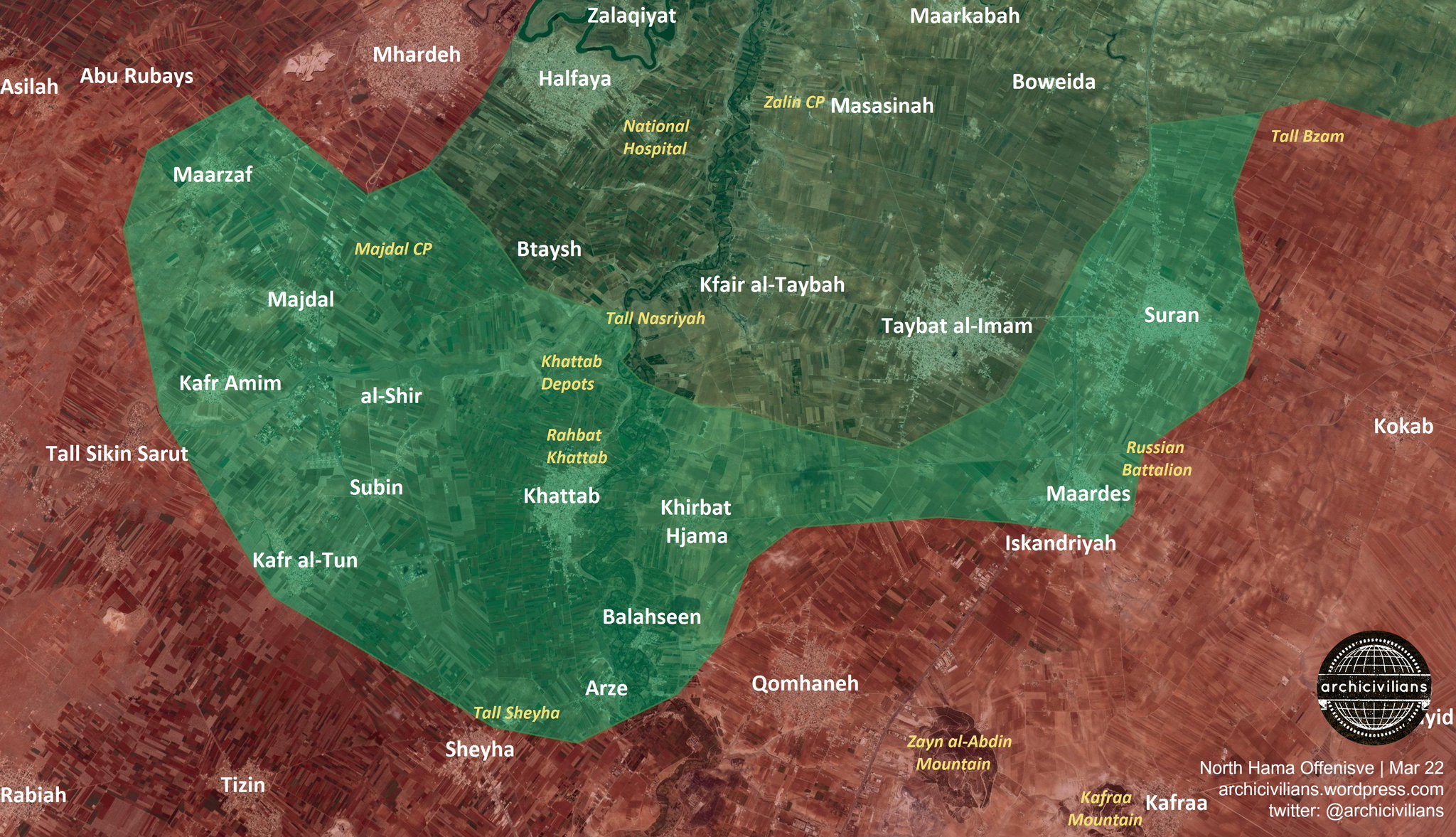 It is reported that the enemy at 8 o’clock took Mardas (although photos and videos from the city until it arrives). Concurrent with this evolving offensive in the South-West. As reserves go directly to Hama and seal the front area of the city, the rebels are slowly beginning to act on the line of least resistance, shifting the axis of the offensive, occupying the towns and the territory North-West of Hama, where the Syrians have not so much force – part forces went to Mhardeh part to Rabia, where, with the support of the city it is planned to organize a long-term defense.In fact, militants were able to achieve full breakthrough of the front and in the coming days I will try to the maximum to one of its advantages – at the moment they are here firmly seized the operational initiative. Based on the demonstrated documents and photographs of those killed, CAA for March 22, has lost at least several dozen people killed. Tomorrow expect pictures and videos with various trophies, which surely helped the militants during the breakthrough of the front. 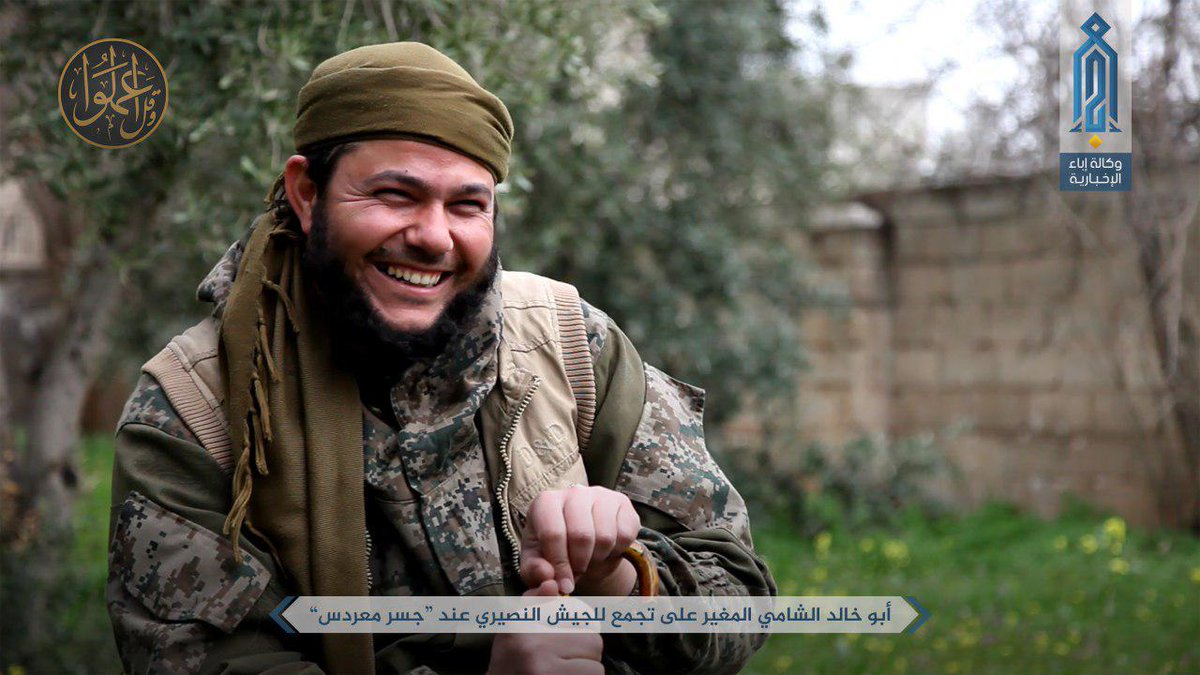 The suicide bombing in Manase. 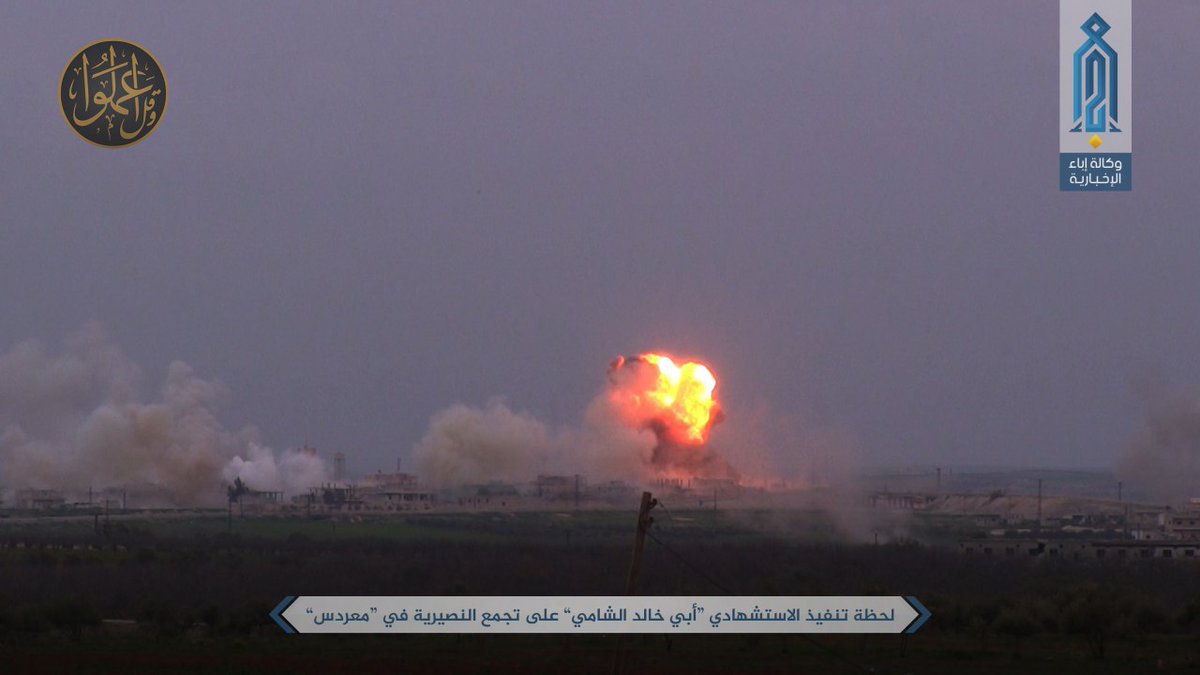 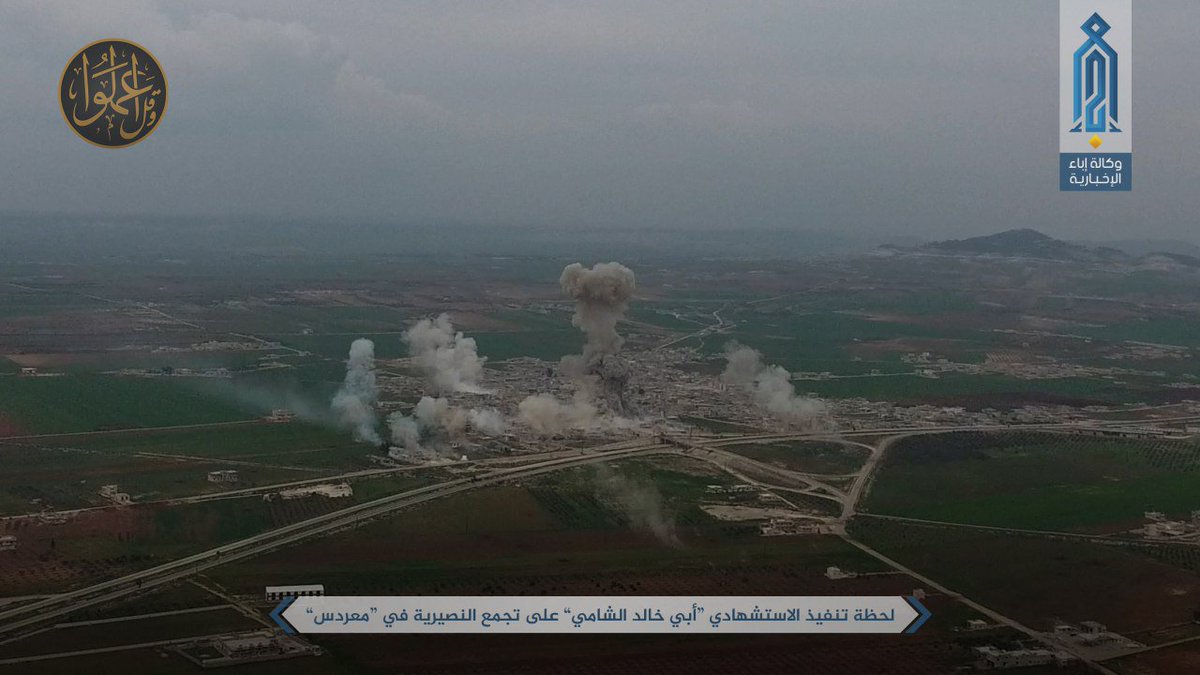 A suicide attack combined with artillery and mortar fire. 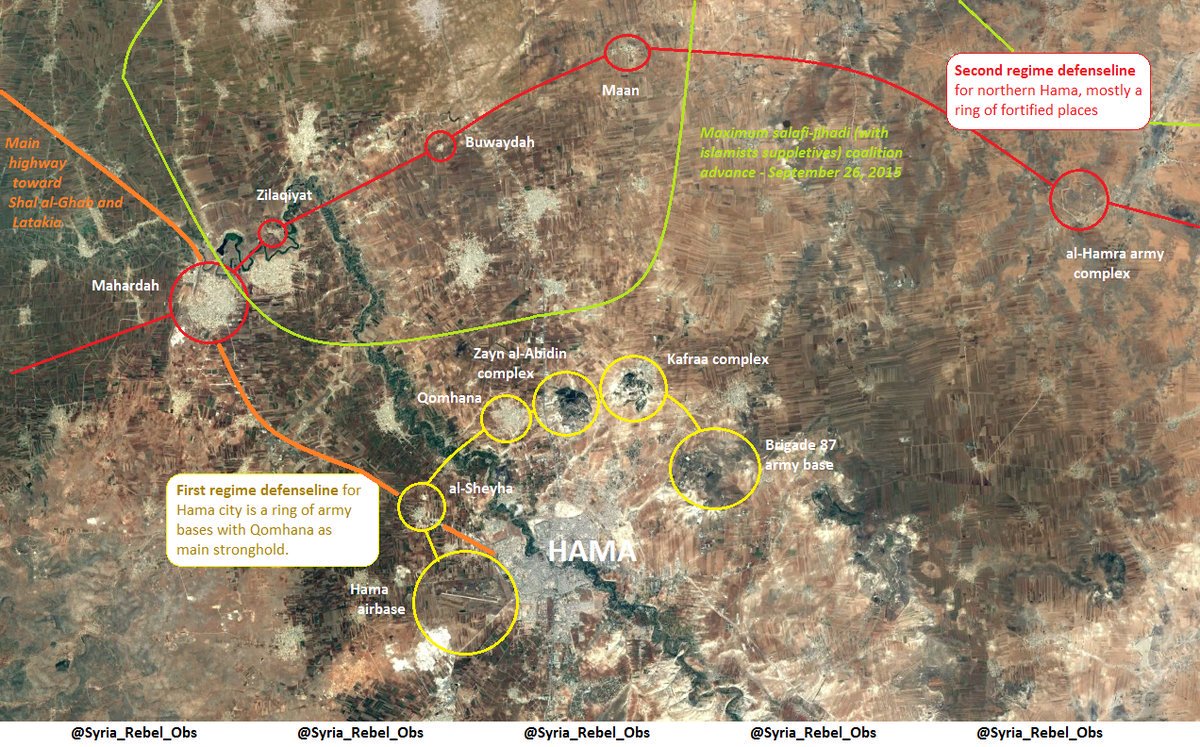 Line of defense in the area of the provincial capital and the internal perimeter of the city.

Green represents the boundary of maximum advancement of the militants in September 2016.

The city was well prepared for defense, although very strong long-term facilities are not there. Military facilities and industrial buildings can serve as a reliable defense of the city only in case if they will take a efficient part.

The Union of jihadist groups conducting an offensive in Hama.

PS. It would not have revealed that for the Louts need to train and equip some “of the 6th Legion” and “An-Nusra-hunters”.