Briefly on the military situation in Syria to March 22, 2017. 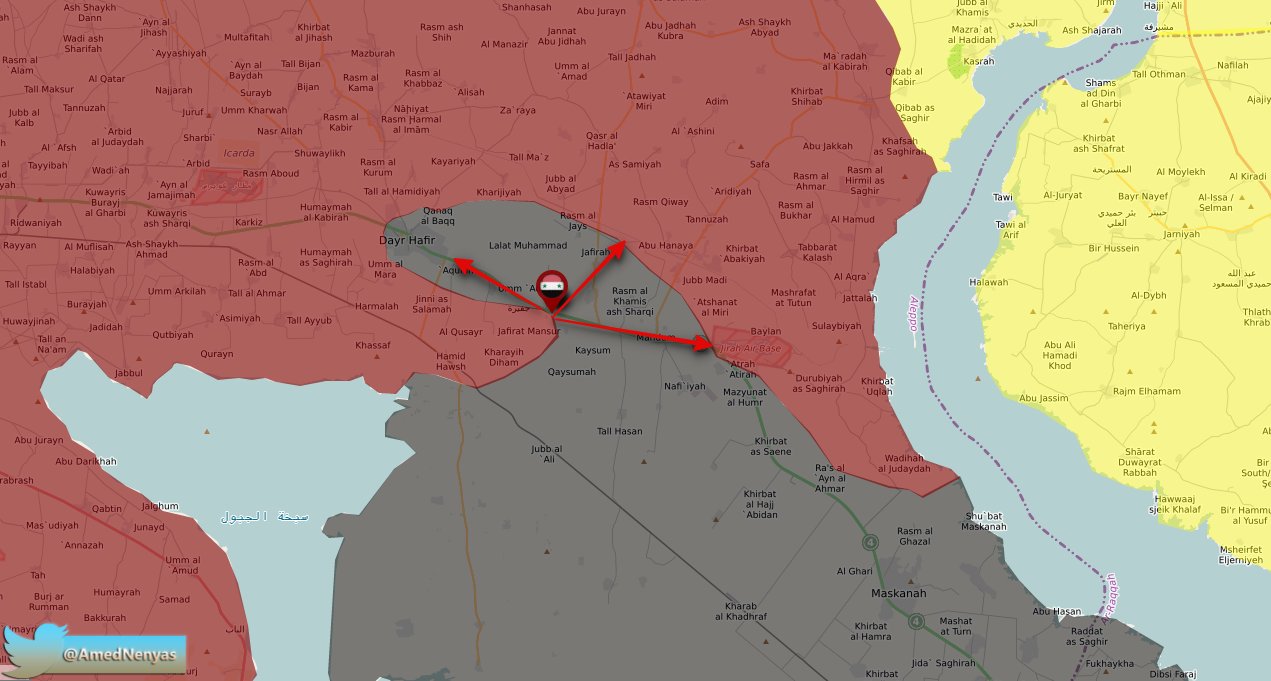 The Syrian army continues to develop the successful attack East of Aleppo. One group comes along the banks of the Euphrates to the administrative borders of the province of Raqqa, along the way, pushing the militants in the South.

Another group closing in from Covaris gradually wraps around Deir Hafir from the South, resulting in characteristic projection, which already has problems with communication. Apparently, in the next 7-10 days, the insurgents leave Deir Hafir, to avoid encirclement, and begin the withdrawal of troops to the borders of Raqqa province to organize a more effective resistance. Overall, nothing unexpected it’s not happening. After passing al-Bab, the Caliphate could hardly avoid further deviation, given the superiority of the SAA in men and materiel. 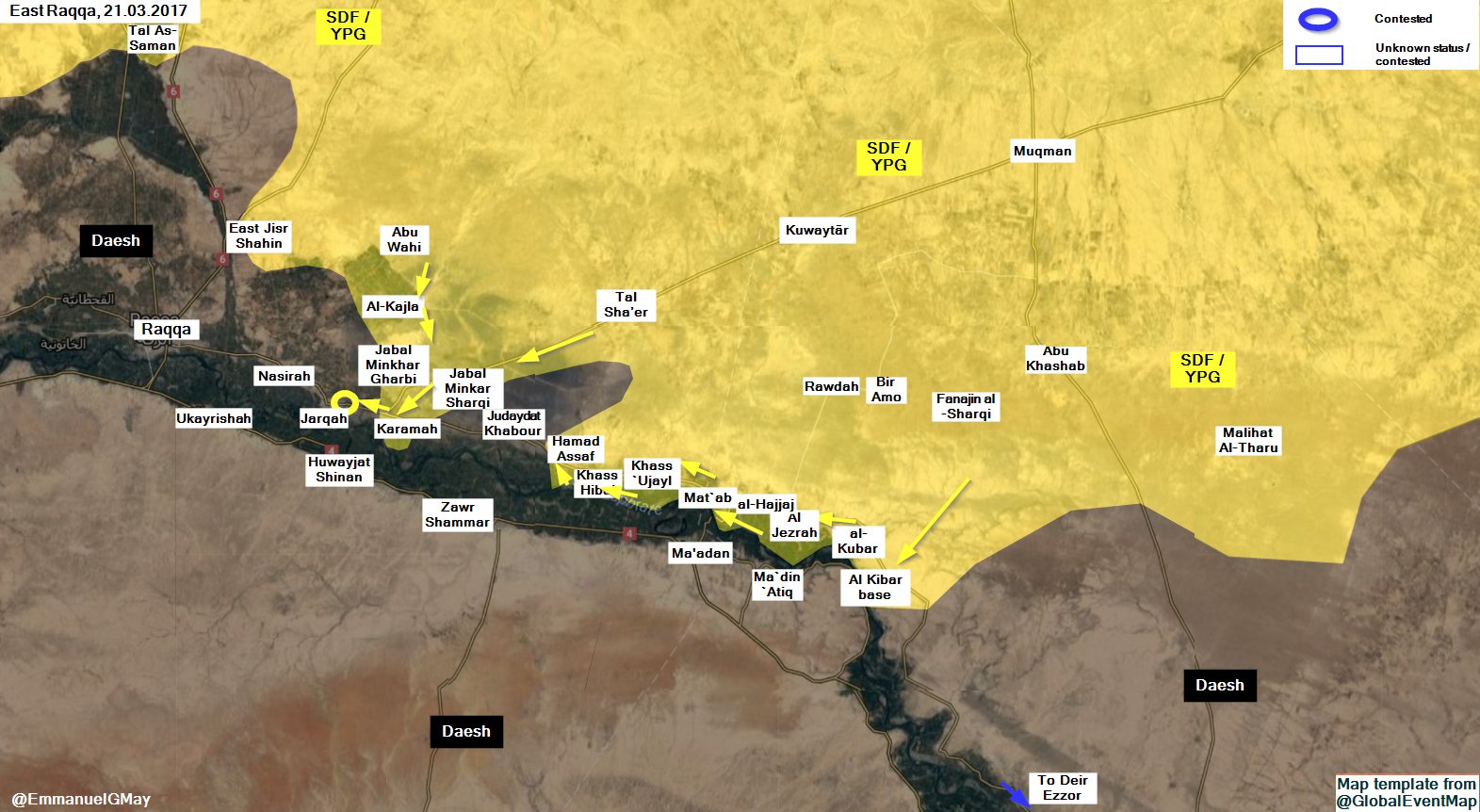 In turn, the formation of SDF/YPG continues to advance toward the Euphrates to the East of Raqqa. The city itself is actively not touched – the main effort concentrated on the capture of key towns, roads and bridges on the Euphrates, that is guaranteed to cut through the logistics of militants between Raqqa and Deir-ez-Zor. Here, the resistance fighters more stubborn than it was observed in the desert area to the North of the river, but in fact, there are observed the collision of small detachments of light infantry, while the Kurds limited helps the us air force and SOF forces. Given the width of the front, and the balance of power, the Caliphate is extremely difficult to keep control of the string of towns along the Euphrates – in which they will be able to stay until the summer, something will pass that will have serious consequences for the entire logistics structure of the Caliphate in Syria. 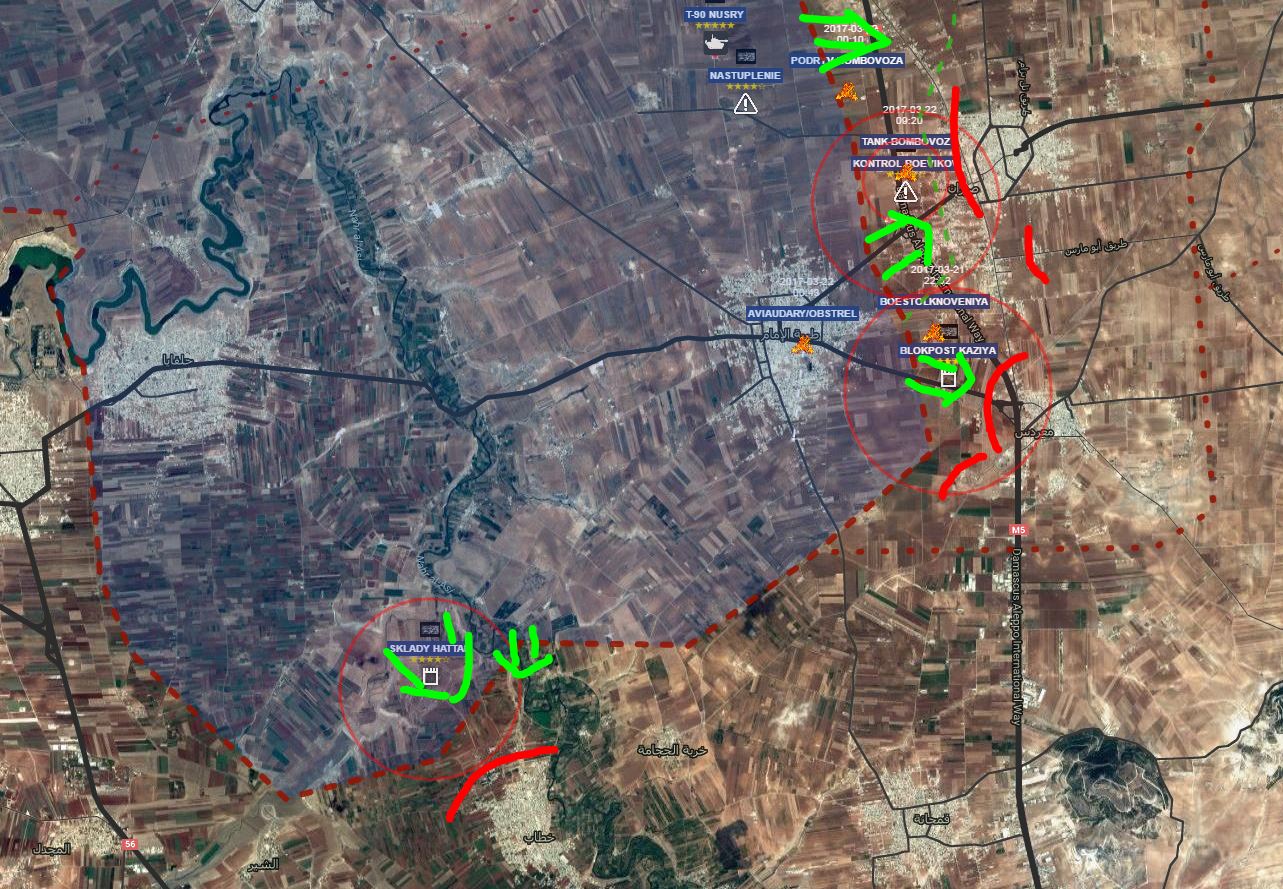 Accumulated in Idlib reserves, green decided to use traditionally, in the Northern Hama. Focusing in El Latinskom ledge several thousand fighters (al-Nusra and associated groups), they dealt a serious blow to the SAA in the area of Suran, who has several times passed from hand to hand. In the first stage, they achieved success by capturing the village of Khattab in the South of the ledge and pushing the SAA in the area of Suran. In the morning the Syrians there actively help videoconferencing.To underestimate such an offensive militant activity is not necessary – in September 2016 it has led to a significant change in the front line in Northern Hama. The main problem of the Syrians is the best part and now the East of Aleppo and in Hama problems may be forced to return part of forces to repel the attack of militants, which in turn affects the pace of the offensive against the Caliphate. 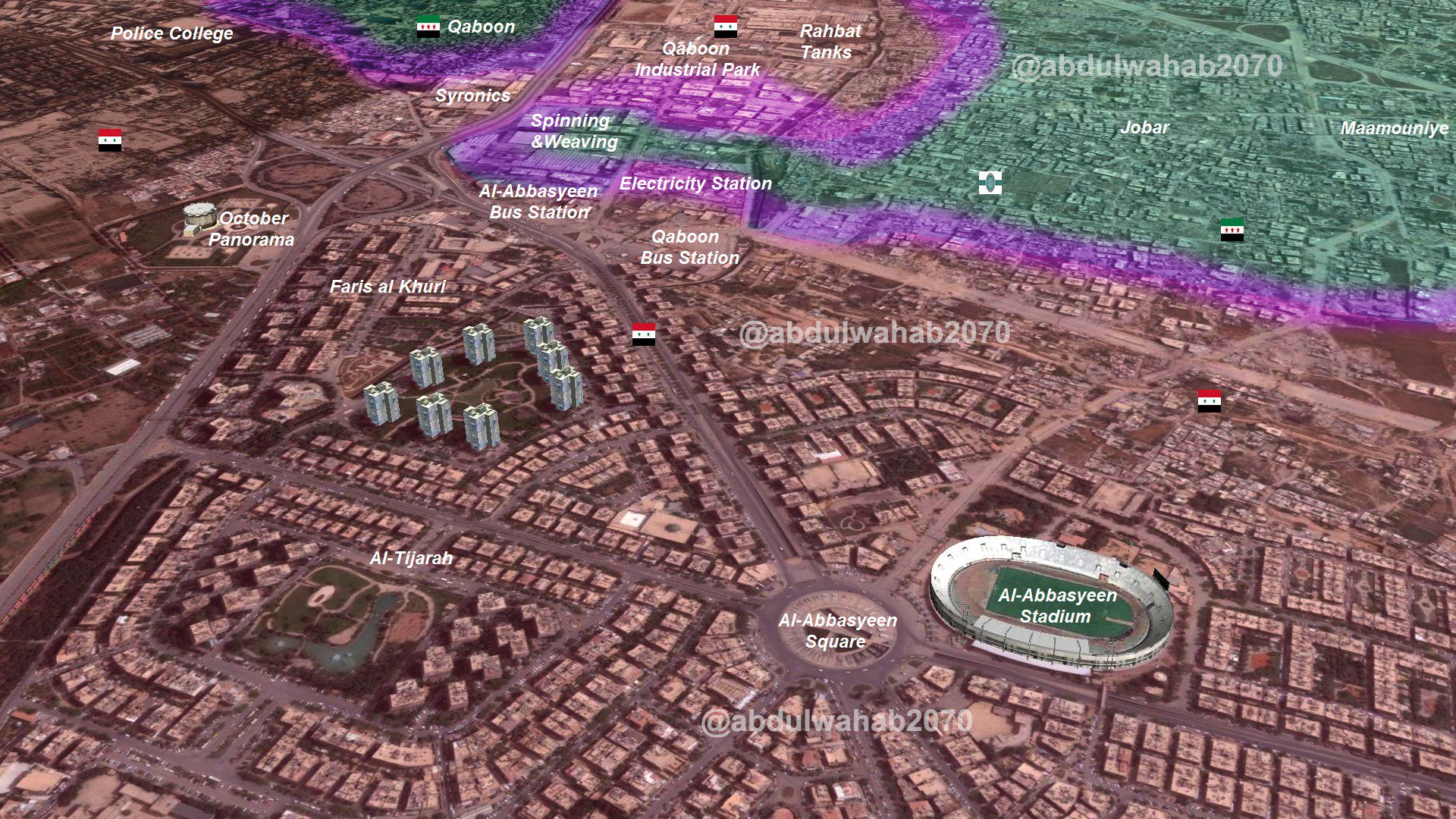 The advance of militants from the area Dzhobar bogged down in a residential area on the outskirts of Damascus since the breakdown strength of the militants obviously not enough. Street fights resulted in serious losses on both sides, but has not changed the status quo. Coupled with the bloody terrorist acts in Damascus, all of this activity seems aimed at external consumption, in order to demonstrate the weakness of the Assad before the upcoming negotiations on the Syrian settlement.The task itself is simple was to achieve tactical results that could show that the SSA and Co may still occur and show that Damascus is not completely completely controlled by Assad, because a series of falls surrounded by enclaves showed that the militants are losing ground in the Damascus province.Like everything that happened and is happening in Eastern ghouta, the pace of advance parties there is usually a turtle, which was caused by the limited number of forces and complex terrain with large patches of residential and industrial buildings, where offensive attempts of the parties, and tend to get stuck. That is why, the most successful operation against SAA in Eastern ghouta have been associated with blows to the South and East, where the density was not so high, and worked to achieve significant advances have Charity, tal Kurdi and Rayhan district.
Speaking about the prospects of what is happening in Damascus, the front is stabilizing at least, the exhaustion of resources to conduct active offensive operations. In the long term, this activity of the militants may even be beneficial, because after suffering losses in manpower and technology, they will be much more difficult to repel subsequent strikes on Eastern ghouta.

Deir-ez-Zor, Palmyra, Deraa without significant changes.
The enclave continues to be dissected, efficient supply remains difficult and Deir-ez-Zor remains the main problem of the SAA, which is impossible to be solved quickly.

The offensive side of Palmyra develops slowly, bogged down in fighting in the mountainous terrain to the North and North-East of Palmyra.

In Deraa supported the status quo, and in the South of the “green” pressed Caliphate in the framework of the long-going here swing.
It should also be noted that the Russian Federation has distanced themselves from the idea of creating a military base in the Canton of Afrin, the Kurds positioned as a cover apinski the Kurds from the Turks. Russia makes no sense now to spoil relations with Turkey such moves.

In the media again to disperse the material about the loss of “privateers” in Eastern HOMS. Judging by the dates and locations that are related to the loss, the echoes of heavy fighting during the second battle for Palmyra and Tiyas.

In General, the events are developing at the inertial scenario, more significant changes should be expected after the next round of inter-Syrian negotiations and beginning of operations associated with the capture of Raqqa.