The link http://www.gunes.com/gundem/hitler-den-hicbir-farki-yok-772434, Turkish newspaper noted such creativity tells how Germany is supporting the Kurdistan workers ‘ Party and the gülen coup, plunged into the abyss of fascism.
Such antics are on the one hand a symptom of a sharp cooling of relations of EU and Turkey, and on the other hand represent a “payback” for the many cartoons in the European media on Erdogan and his regime, which was equivalent to fascism. The Turks in fact, even here not making anything up, and takes the arrows in the style of “the fool”. For Merkel, however, it is also a matter of habit. During the crisis associated with the threat of a Greek exit from the Eurozone, when the local government has gone on about the European banks and Germany, the Greek press quite regularly published caricatures of Merkel in the style of “Hitler in a skirt”, which was echoed in the German press. 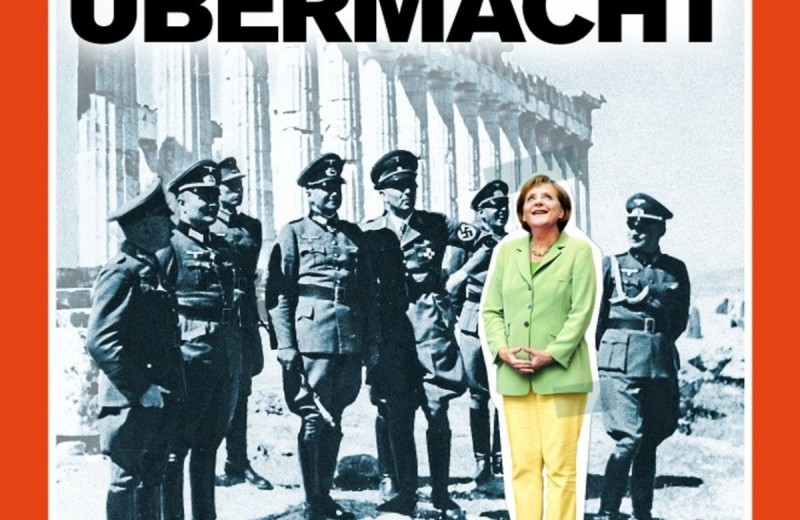 The result is a funny picture, when the Germans and the Turks accuse each other of fascism, as reflected in the cartoon.

Of course, neither mode Merkel nor the fascist Erdogan regime are not, but that does not interfere with the ongoing flow of mutual insults and threats in the style of “Flash Hitler”.