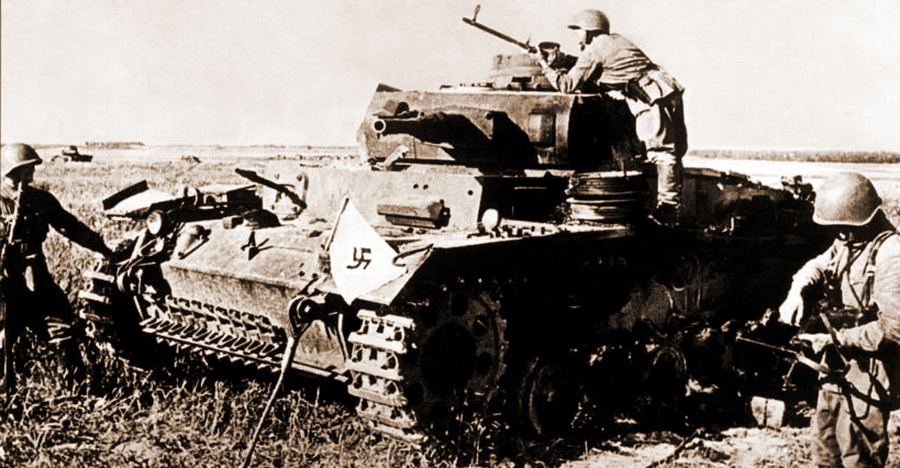 Tank losses of the Wehrmacht during the first month of 1941. Rudolf Volker, staff Sergeant of the headquarters company of the 35th tank regiment.

The situation with tanks that night was catastrophic. The number of combat-ready tanks in the 2nd battalion of the 35th tank regiment, involved in Krichev was 8 Pz III and 5 Pz II. The battalion entered the war on 22 June 1941, with 90 tanks. Now his combat power does not exceed the full company. 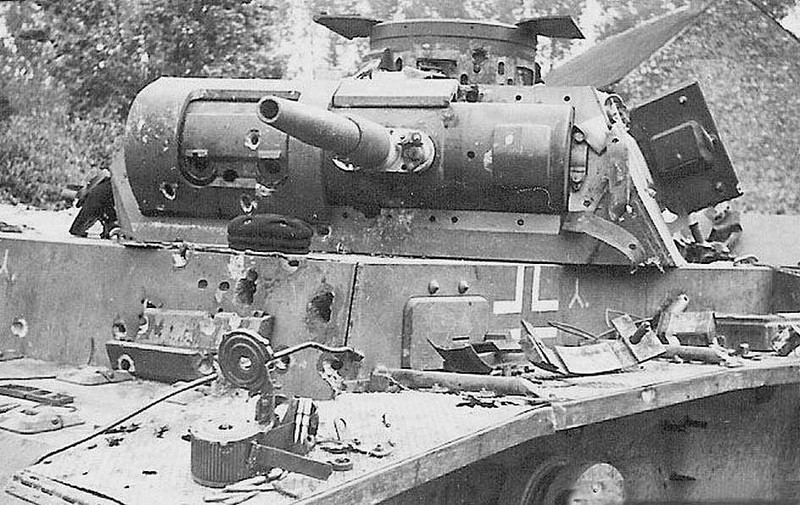 While the battle group caused significant losses to the Russian, she failed to take control of supply routes. Even the division headquarters was attacked breaks out of the encirclement of the Russians.

The Russian appeared at the command post of the division at 17:00, trying to break through the main line of supply from North to South. All available at headquarters available forces, including battalion, an antiaircraft battalion and had just arrived the advance party reconnaissance battalion, rallied to repel the attack.

After a long firefight the Russians pushed forward on the forest road, two 122 mm artillery guns. Intelligence battalion managed to damage one of these weapons. But another took up a position right next to the road and began to beat on the vehicles of the division headquarters and the empty cars brought forces from a distance of 100 meters.

In the ensuing confusion several hundred Russians managed to break through to the South. Gun, staged a massacre in the end defused just at that moment passing on the way a light antiaircraft gun and a tank. 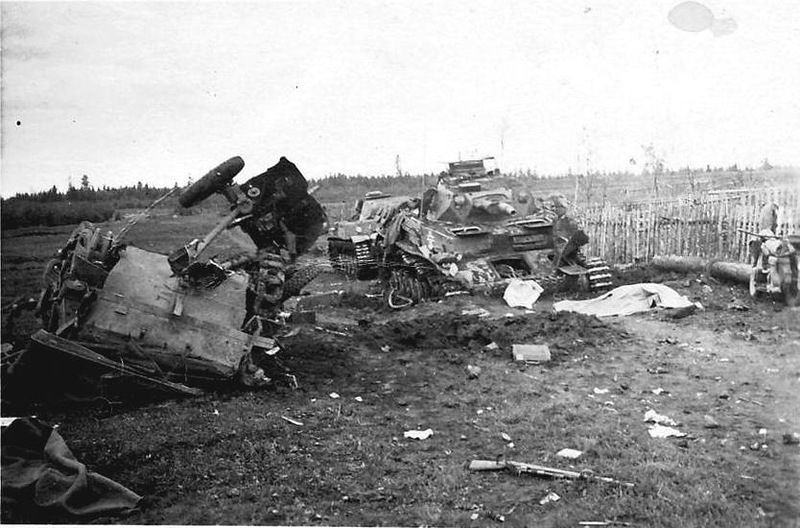 Then the tanks were ordered to use along the way to remedy the situation. In the course of this operation the Russian Molotov cocktails managed to completely disable the 6 tanks in rough forest terrain.

The Molotov cocktail was a mixture of phosphorus, oil and gasoline poured into an empty vodka bottle. In contact with oxygen, when the bottles crashed, the mixture was ignited and gave a powerful flame.

From the point of view of the situation with the tanks and losing 6 tanks was a heavy blow. The situation of the armored division could not be described as catastrophic. 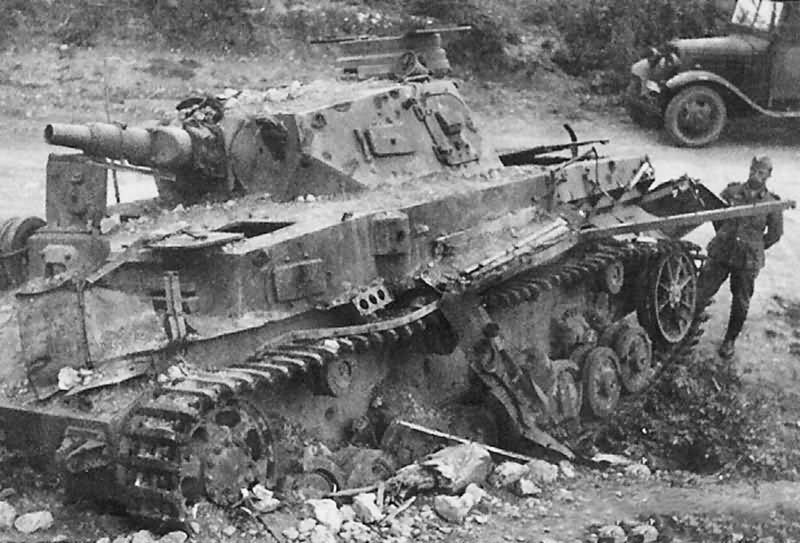 The report, compiled on 21 July at 16:15, draws the following picture:

“The combat power of the armored division is based primarily on the number of combat-ready tanks. This list speaks for itself. After four weeks of fighting, the regiment irretrievably lost 42 tanks, most of them are Pz III.

40 of the 143 remaining tanks – including five valuable Pz IV at that time was unfit for combat. And the lack of spare parts! In addition, lacking engines and transmissions for replacement.

In order to deal finally with the deficit, the regiment with the permission of the division sent major von Ungerfeld to Germany to get parts in their respective organizations. Normal channels of supply to something that was simply impossible. And not because of lack of transport. This only happened because the parts were piling up in the warehouses, and at the behest of higher command.

At that time, a tank regiment, at combat power was equal to half of a tank battalion. Full cancellation of military vehicles occurred as a result of combat losses incurred.” 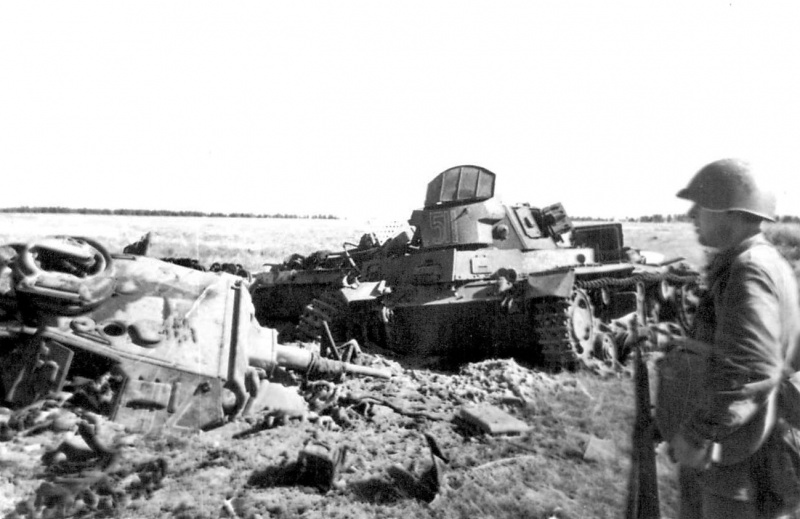 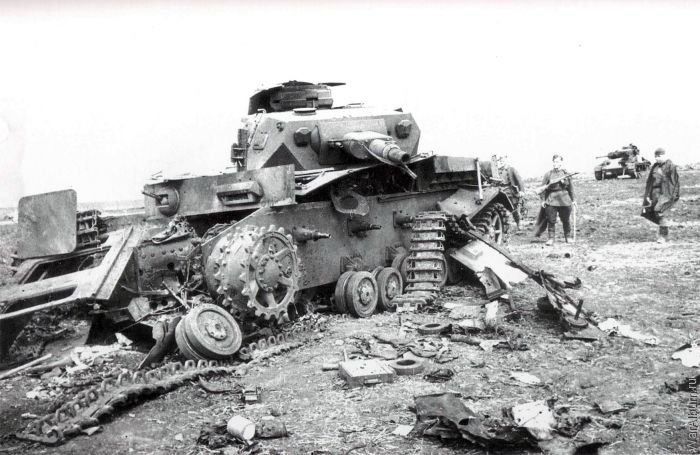 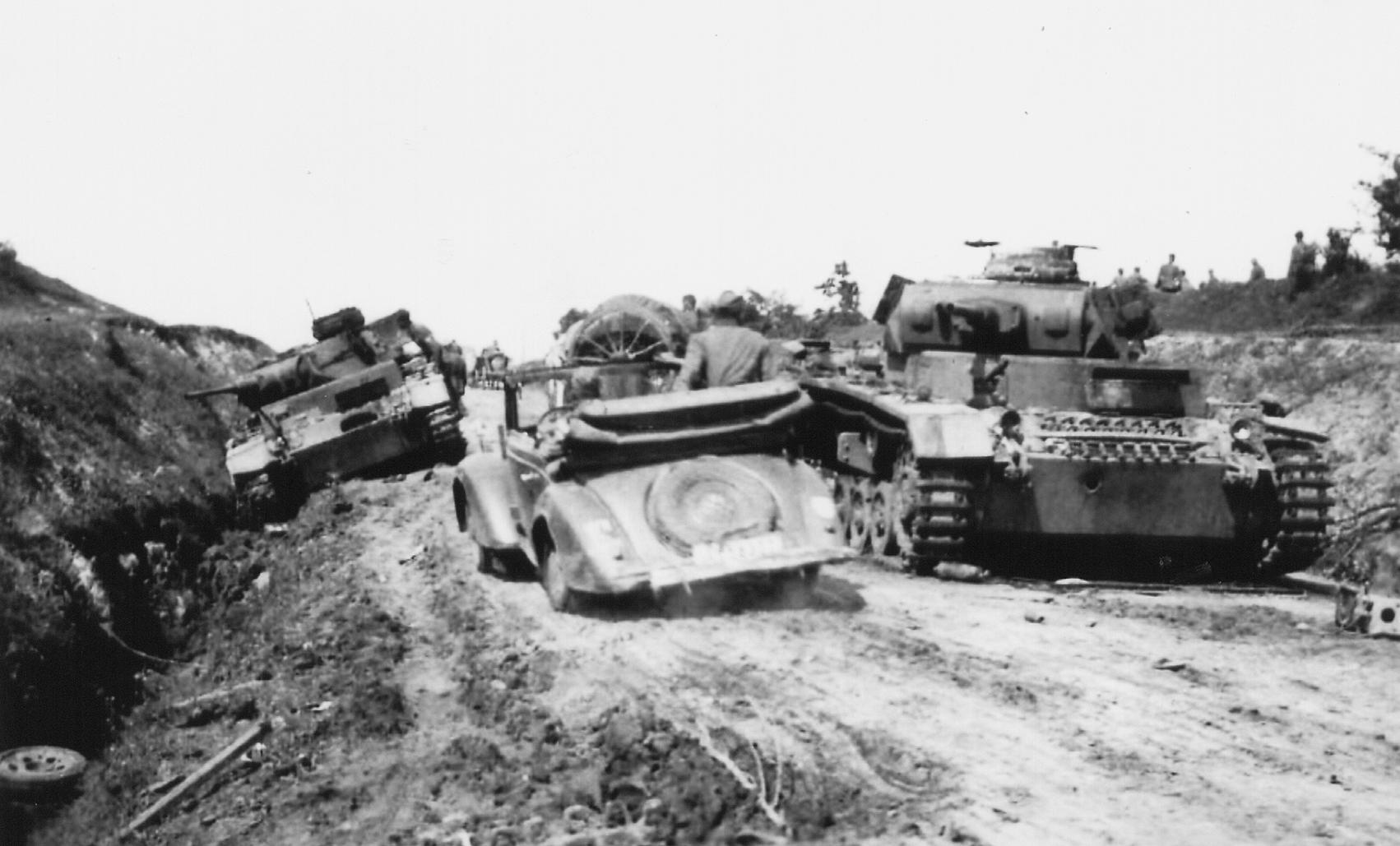 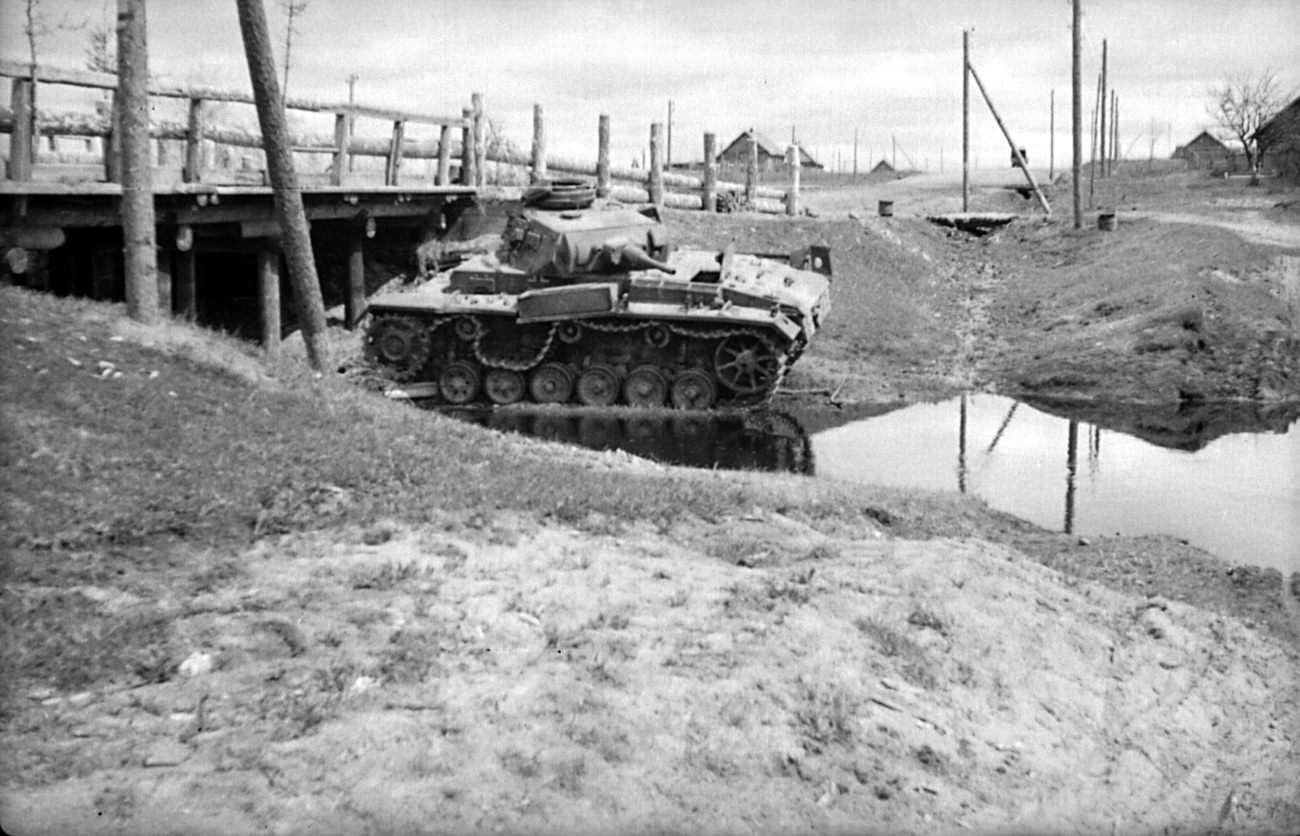 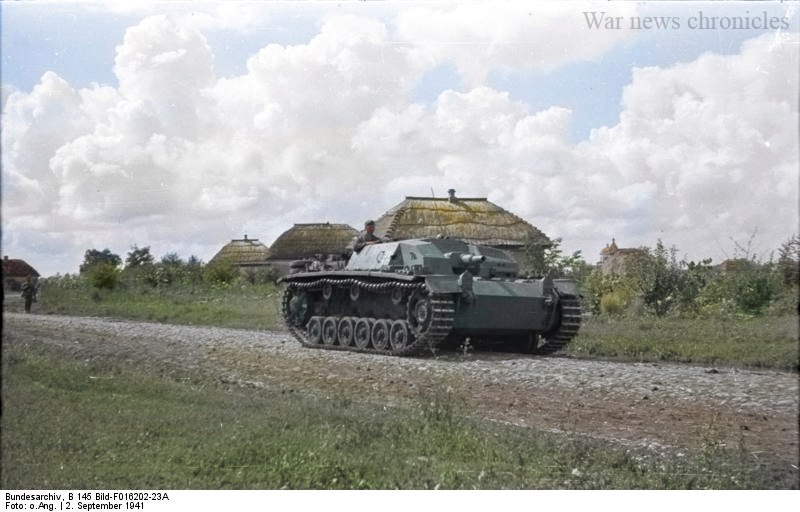 PS. Approximately the first days of the war, despite heavy losses of the red Army and was doing well the mechanism of the blitzkrieg that in August forced the German command to review the plan Barbarossa.