The military situation under al-Bab on 21 February 2017.

1. In recent days the situation in al-Bab has not fundamentally changed. Fighting in the southwestern neighborhoods of the city, where the infantry of the FSA is trying to move gradually to the center of al-Bab, under the cover of Turkish armored vehicles and aircraft. Counterstrikes from the Caliphate revealed the weaknesses of the Turkish plan for the assault on the city and the battle is now developing in the framework of the scenario is beneficial to the Caliphate – the enemy is trying to move straight from one direction through the urban fabric, allowing “black” enough to effectively use limited force to deter the Turkish offensive. Despite some tactical concessions, it is still possible and the rate of advance of the Turks and the FSA, are clearly not consistent with recent ambitious statements of Erdogan. If the nature of the fighting did not change, consistent cleaning residential areas of al-Bab may take at least another few weeks.

2. Attempts to support the attack from the West blows from other directions as well to no avail. In the North, troops in fact were never able to go to the Northern quarters of the city, taking only rural buildings and hills to the North of the city. A full assault here in fact not conducted. From the South, light infantry FSA again occupied the intersection between al-Bab and Tagitm that was lost 2 days ago during the counter-attack of the Caliphate. The position is very vulnerable to counter-attacks of “black” from the al-Bab and Tarifa, so that the occurrence of junction on the southern neighborhoods of al-Bab is not talking.

3. Bzaah and Qebasin are still not taken and that keeps Caliphate capable to continue resistance, while, as a group basically sits in a body bag, which can not cut the narrow neck to the North of the road passing through TDIF. Instead of moving South to the positions of the SAA and fully close the pot, the FSA, with perseverance worthy of a better cause, trying to squeeze “black” from Bzaah and even to solve this problem full can. There is a situation when stop the assault of the Western neighborhoods of al-Bab will lead to the fact that the whole operation will be disrupted.It is now clearly not in line with the original plans and sagged seriously on terms. In the good, the Turks need to regroup, to change the plan of action and use numerical and technical superiority to the East of al-Bab, to complete the encirclement of the group “black” and the release of Bzaah and Qebasin. But so far, we have seen attempts to penetrate the head wall, which leaves a very strange impression about the actions of the Turkish command.

4. On the background of Turkish setbacks, things are going well for the Syrians, and Kurds. SAA continues to advance towards Deir-Hafer, and the Kurds compress Raqqa in the East and spread their influence to the southern borders of Rojava in the direction of the Euphrates and Deir-ez-Zor. In light of this situation, Erdogan’s statements that he wants to attack Raqqa, look a bit detached from military reality. 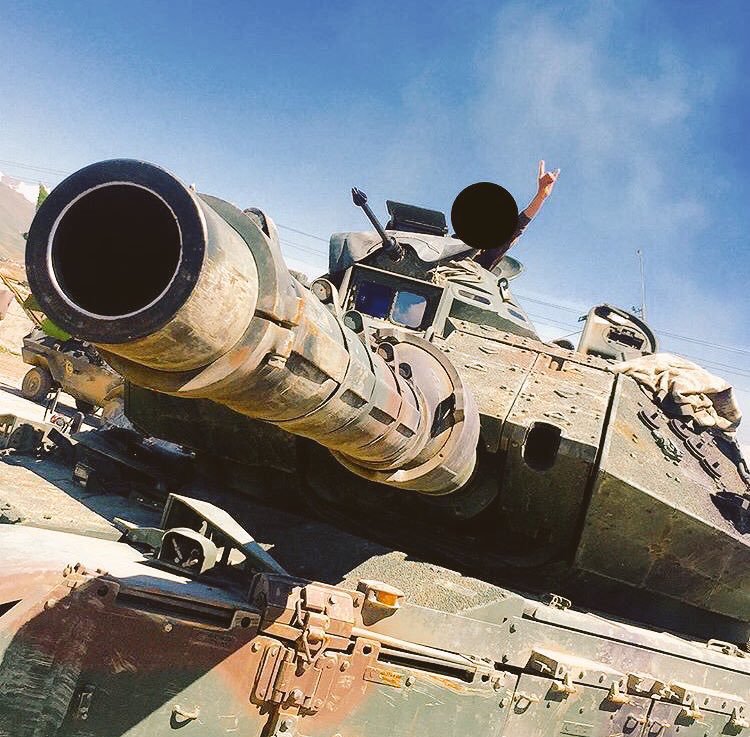 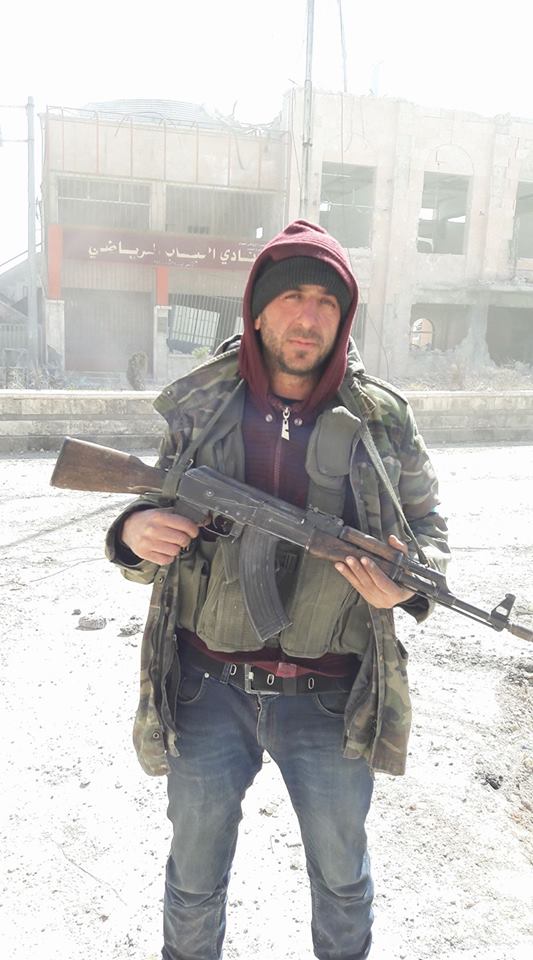 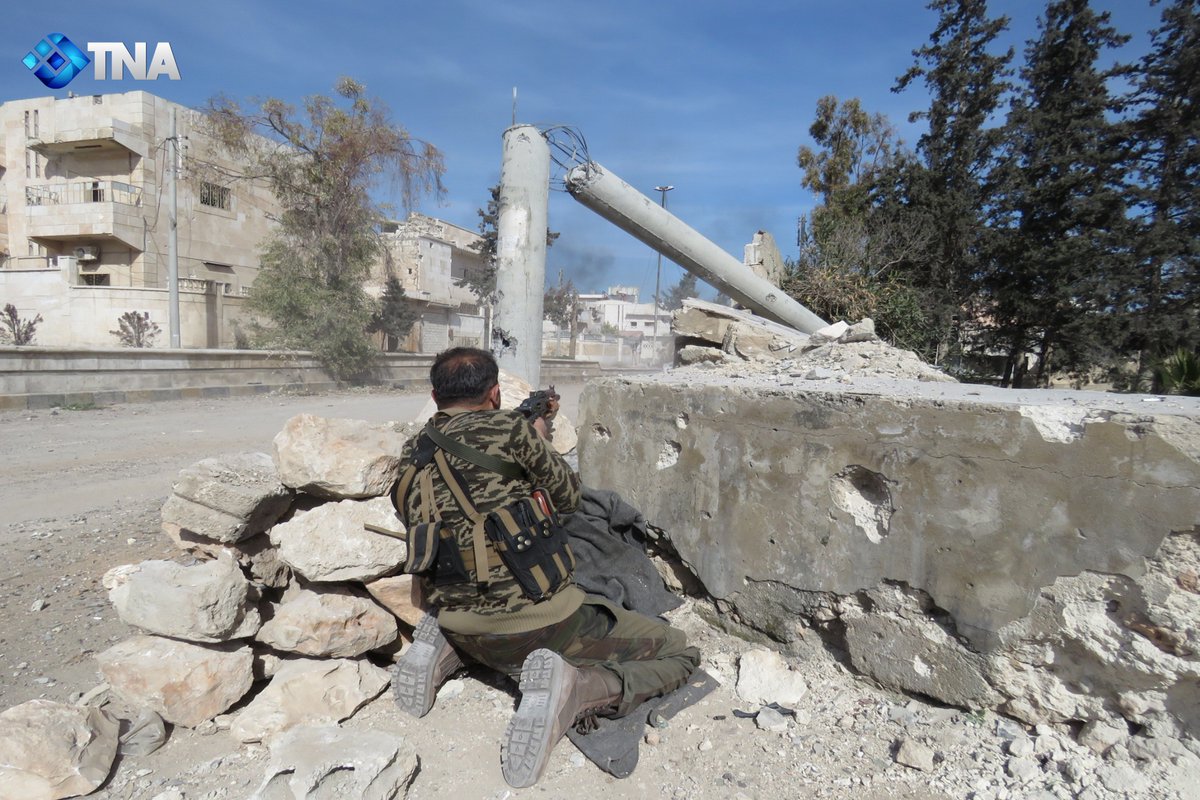 a Dream of a pig Peter. 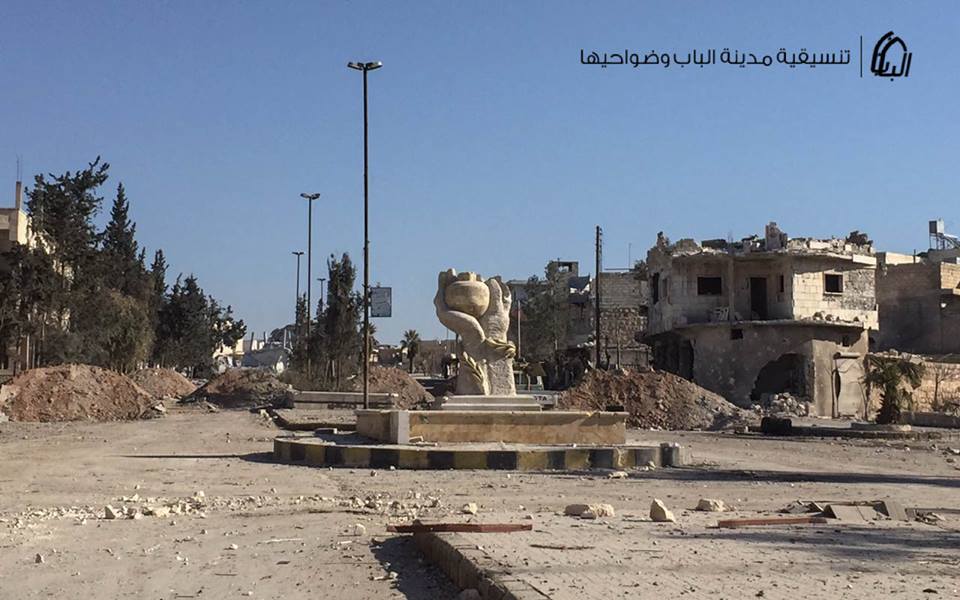 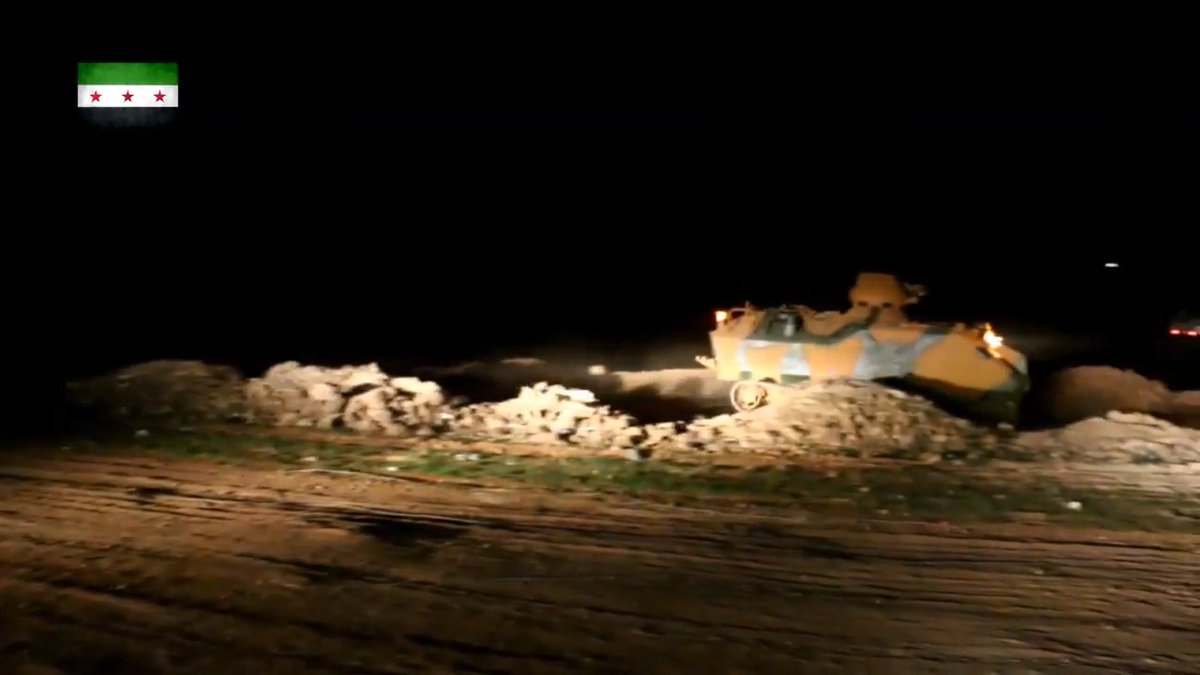 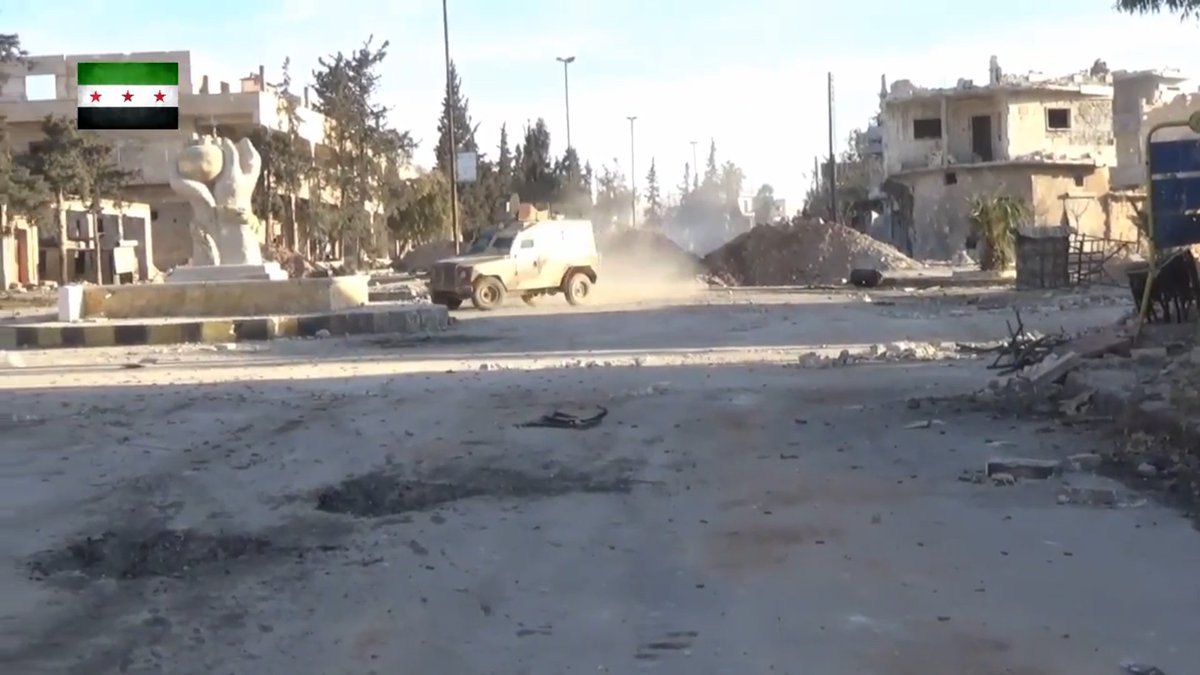 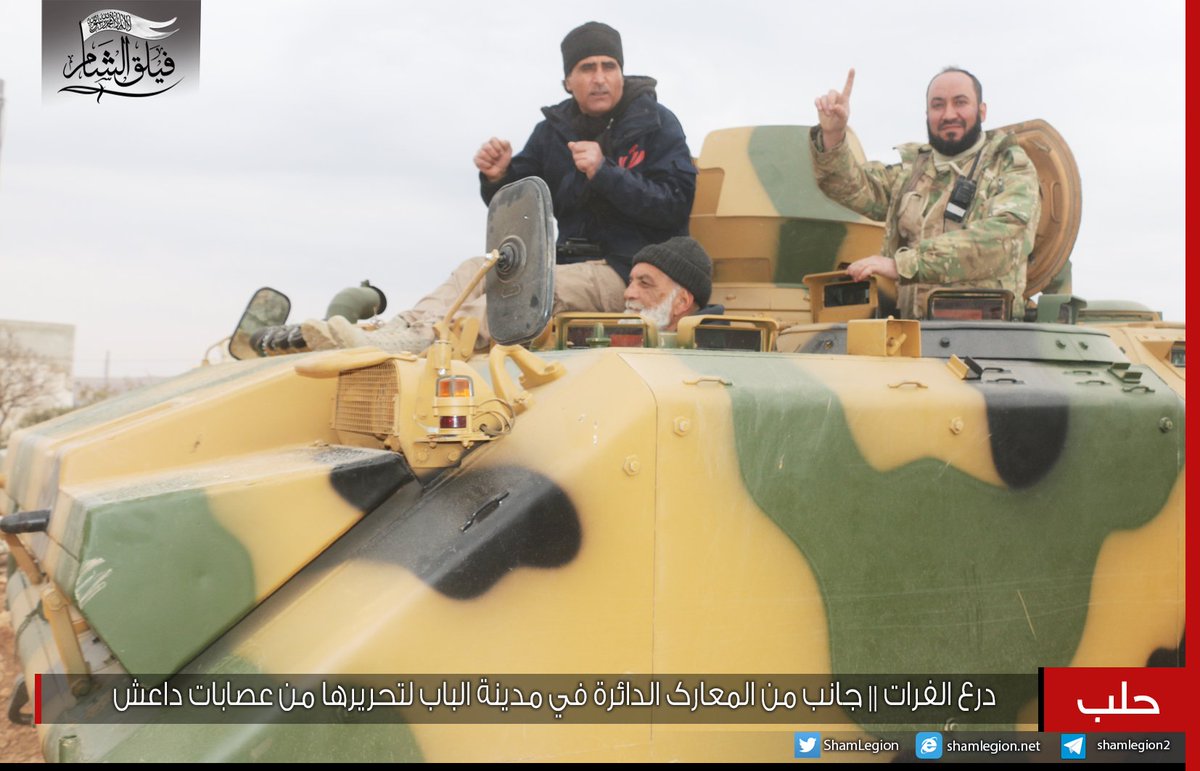 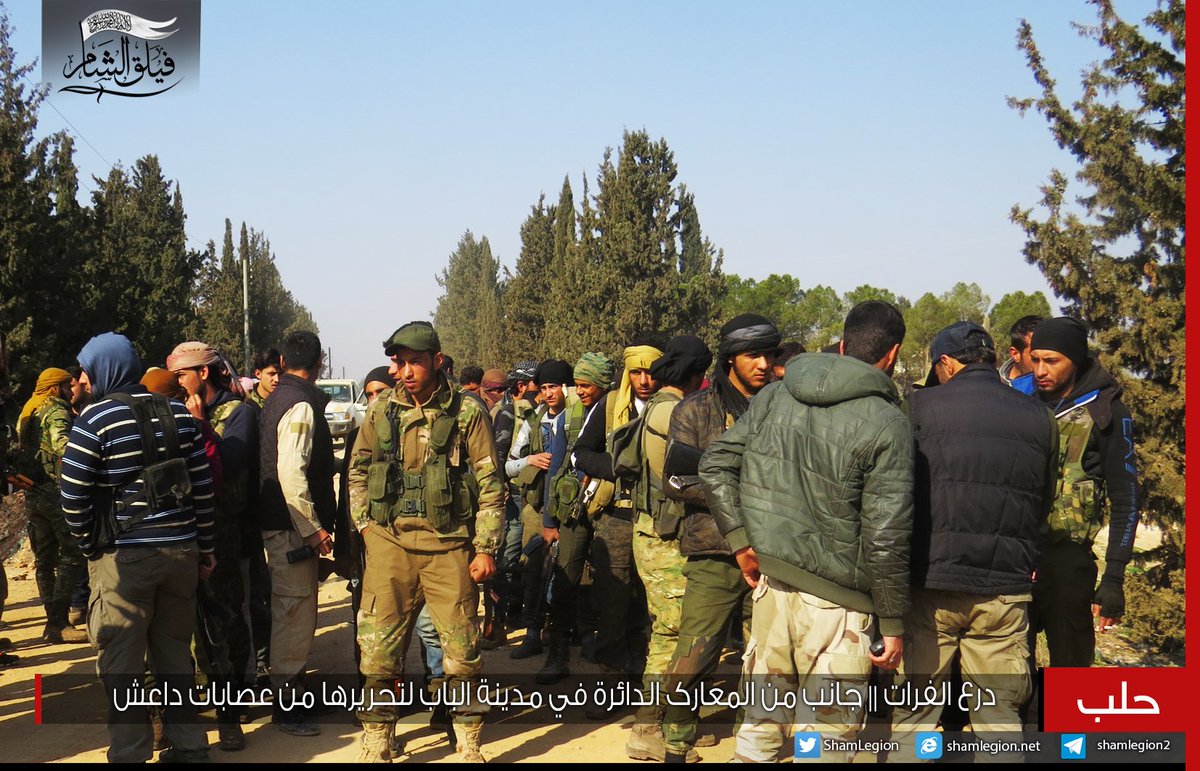 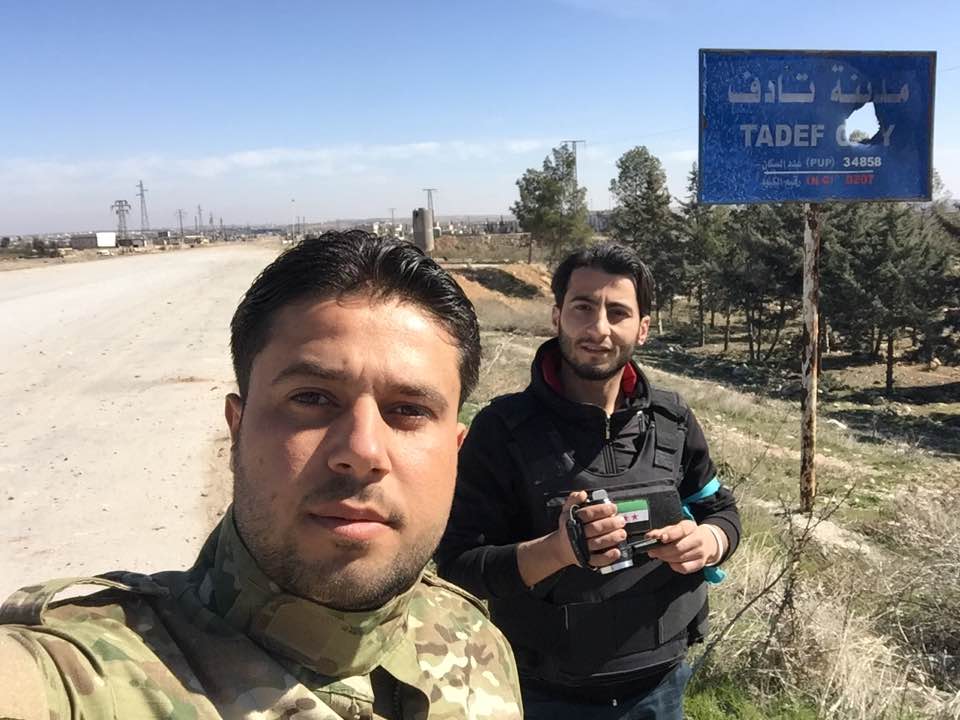 Re-capture the interchange between Tagitm and al-Bab.

Map of hostilities in Northern Syria. 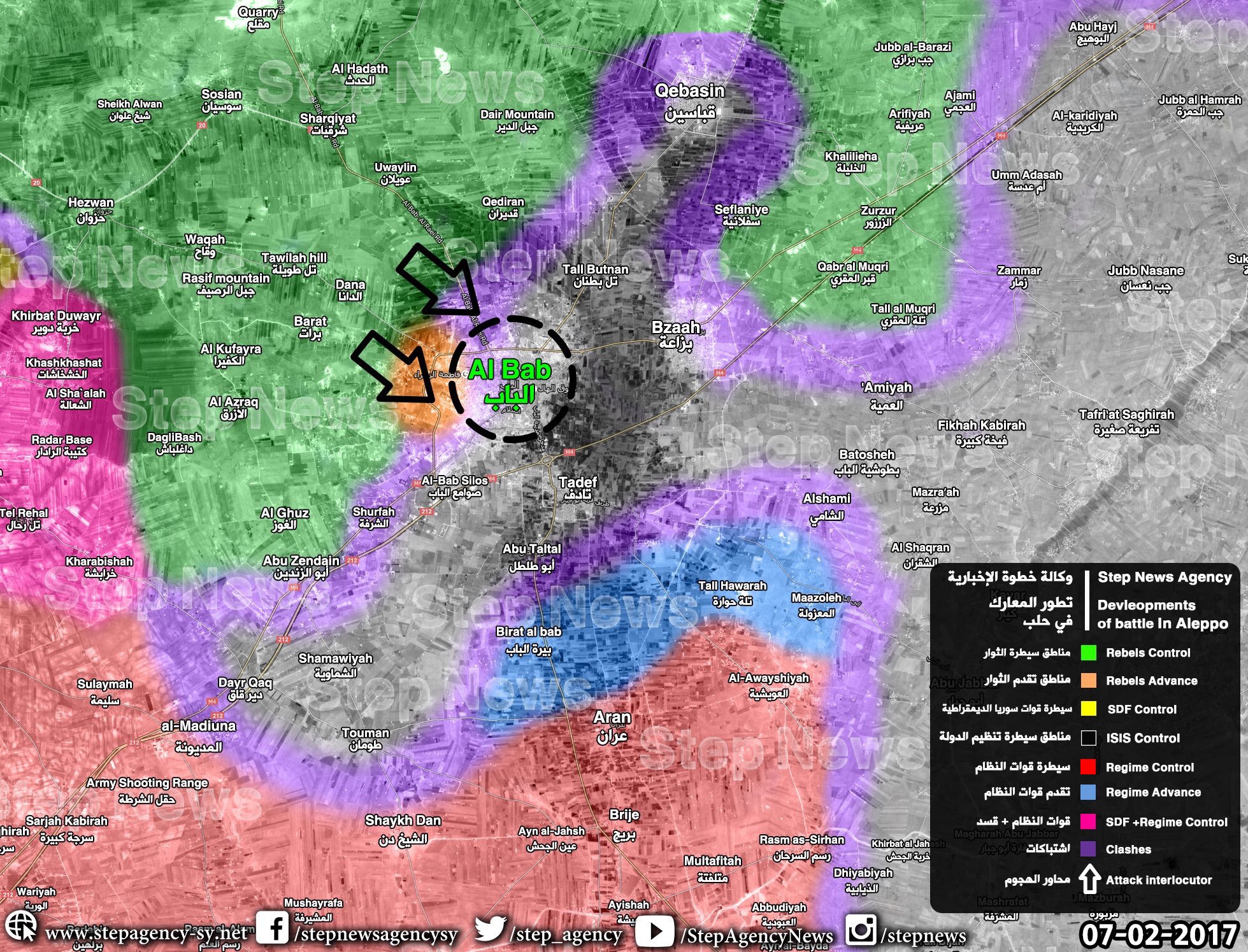 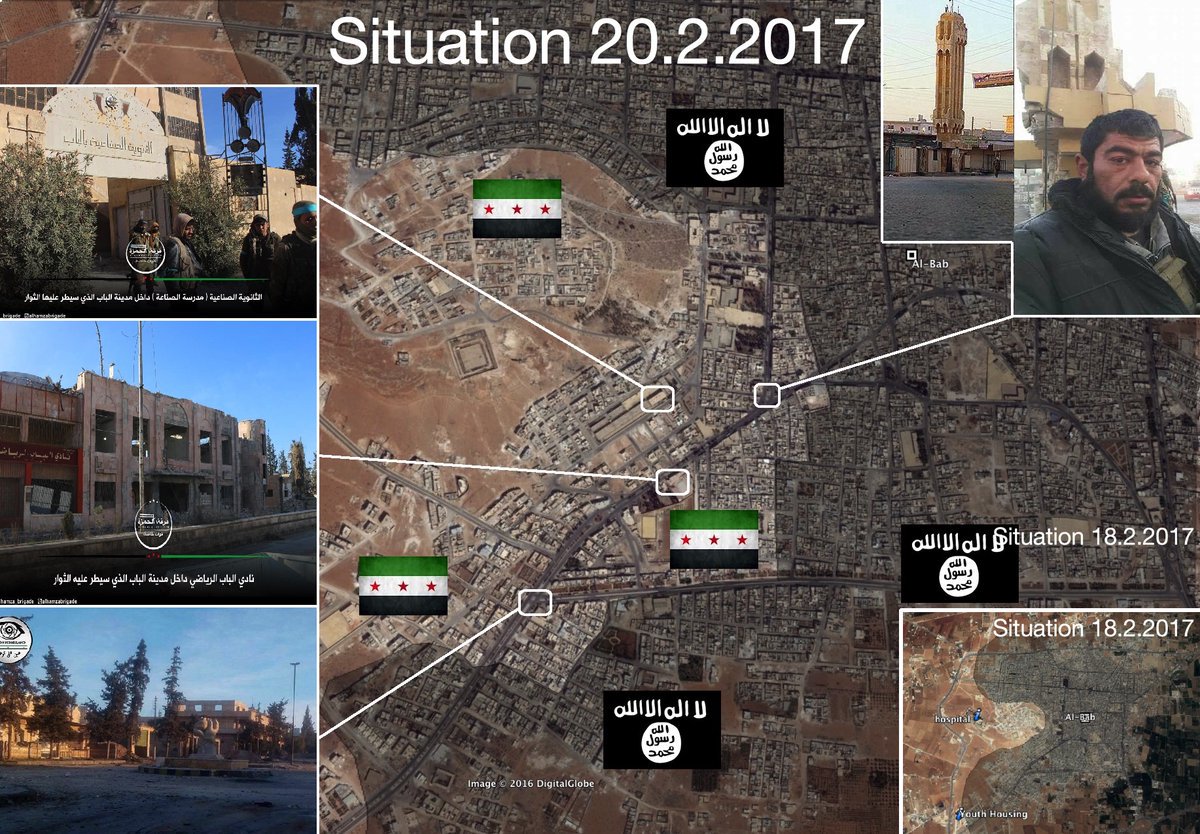 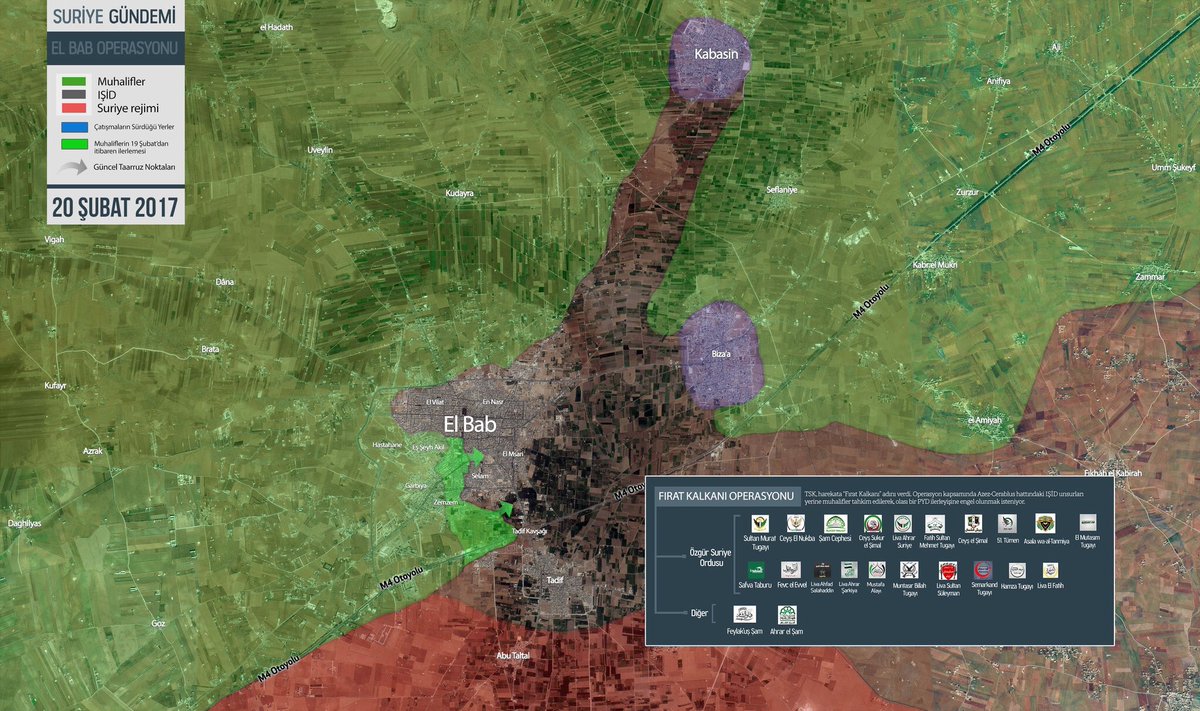 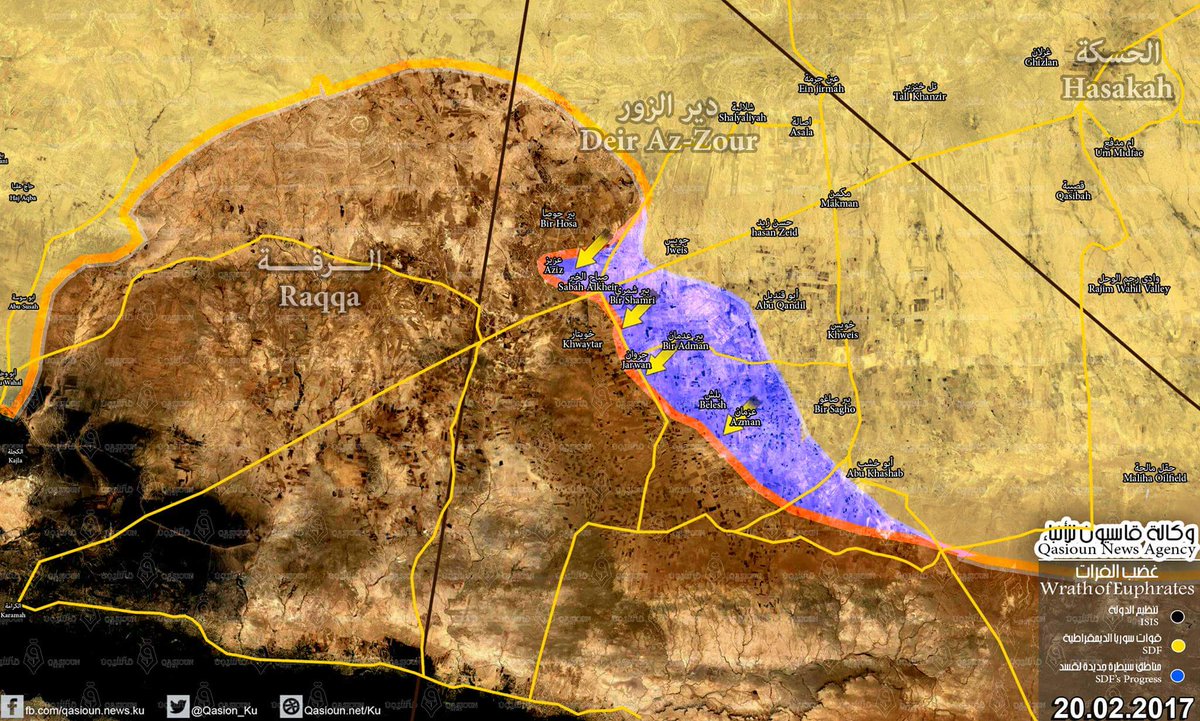 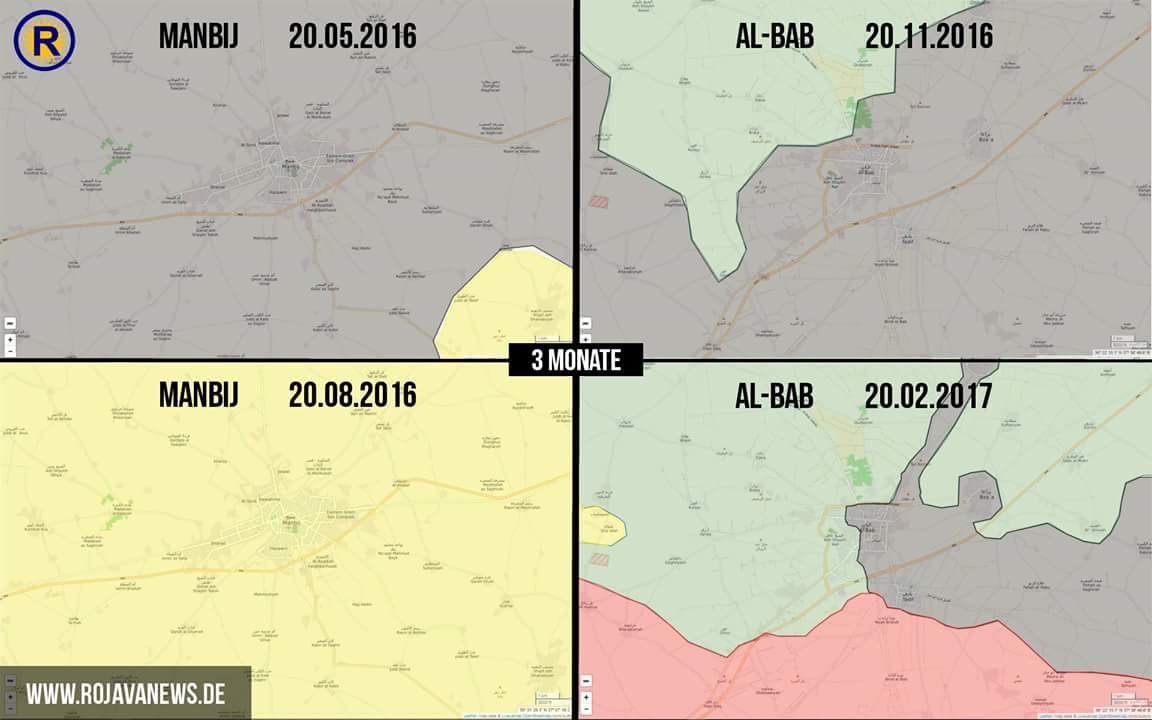 The Kurds openly stebutsya over Turkish failure, comparing the assault Manuja with the storming of the al-Baba and the comparison here is clearly not in favor of the Turkish army.