Pro-Turkish militants entrenched outside the city and wait for the Turkish air force and artillery to do their job, to resume the assault on the city. The events once again proved that “green” infantry has a very low resistance and at the first problem has a tendency to retreat, even with the numerical advantage. However, these tactical successes don’t cancel growing problems for the “black” – the Syrians and the SAA are advancing on both sides to track the key supply that devalues the local success of the Caliphate in the battle for Bza ‘ah.

At this stage, the neck of al-Bab boiler is about 5 kilometers. During 5-6 February, it may already be taken under fire control by the Turks and the Syrians, after that disaster for the al-bab groups of the Caliphate will only be a matter of time. So I think the next few days will be decisive, and this is reflected in a sharp increase in the intensity of the fighting.

A report from the DNI position in the industrial zone of the Town, which actually went into another escalation.

Originally posted on SLAVYANGRAD.org:
Original: Colonel Cassad Edited by @GBabeuf Briefly on what is happening in the Donbass: From the second half of the day the intensity of the…

According to emerging reports from Yemen, a surface-to-surface missile fired by the Yemeni Army has hit the Saudi capital, Riyadh.

The missile was launched on Sunday evening, and sources in Yemen have described the missile test as successful. It is unclear exactly what missile was used, and casualty figures, if any, are yet to be reported.

Ukraine’s army command has pulled more forces and weapons to the line of contact in Donbass instead of pulling them out as the Contact Group demands, Eduard Basurin, a spokesman for the operations command of the self-proclaimed Donetsk People’s Republic (DPR), said on Sunday.

In an interview with BBC’s Persian Service, Mulla Hassib from Sulaimani says the Kurdish Muslims who are leaving Islam to join Zoroastrianism and another religion, must be given a period of three days to regret their decision or “they must be killed, executed”.

The Zoroastrian representation in the Kurdistan Region has filed a legal complaint against a Kurdish Islamic preacher whom they claim has issued a decree that all converts to the pre-Islamic faith must be killed if they did not repent within days.

The Iraqi forces (ISF) have constantly talked about a frontal assault on west Mosul across the Tigris River, but now it might be done on two fronts. The Joint Operations Command announced that all preparations for west Mosul were completed. It said engineers would construct bridges to bring vehicles into west Mosul. Now new reports are emerging of another attack, which would not require coming under direct fire while crossing the Tigris.

Abrams is neocon aristocracy. Before he joined the Reagan Administration, he worked for Senators Henry Jackson and Daniel Patrick Moynihan. His father-in-law was Norman Podhoretz, editor of Commentary magazine and a co-founder of the American neo-conservative movement along with Irving Kristol.

The Pentagon has failed to disclose up to thousands of air strikes the U.S. military carried out over several years in Iraq, Syria, and Afghanistan against militants in those countries, the Military Times reported on Sunday. 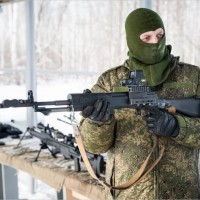 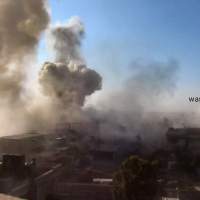 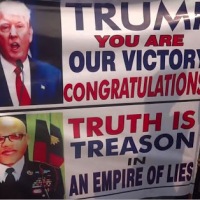