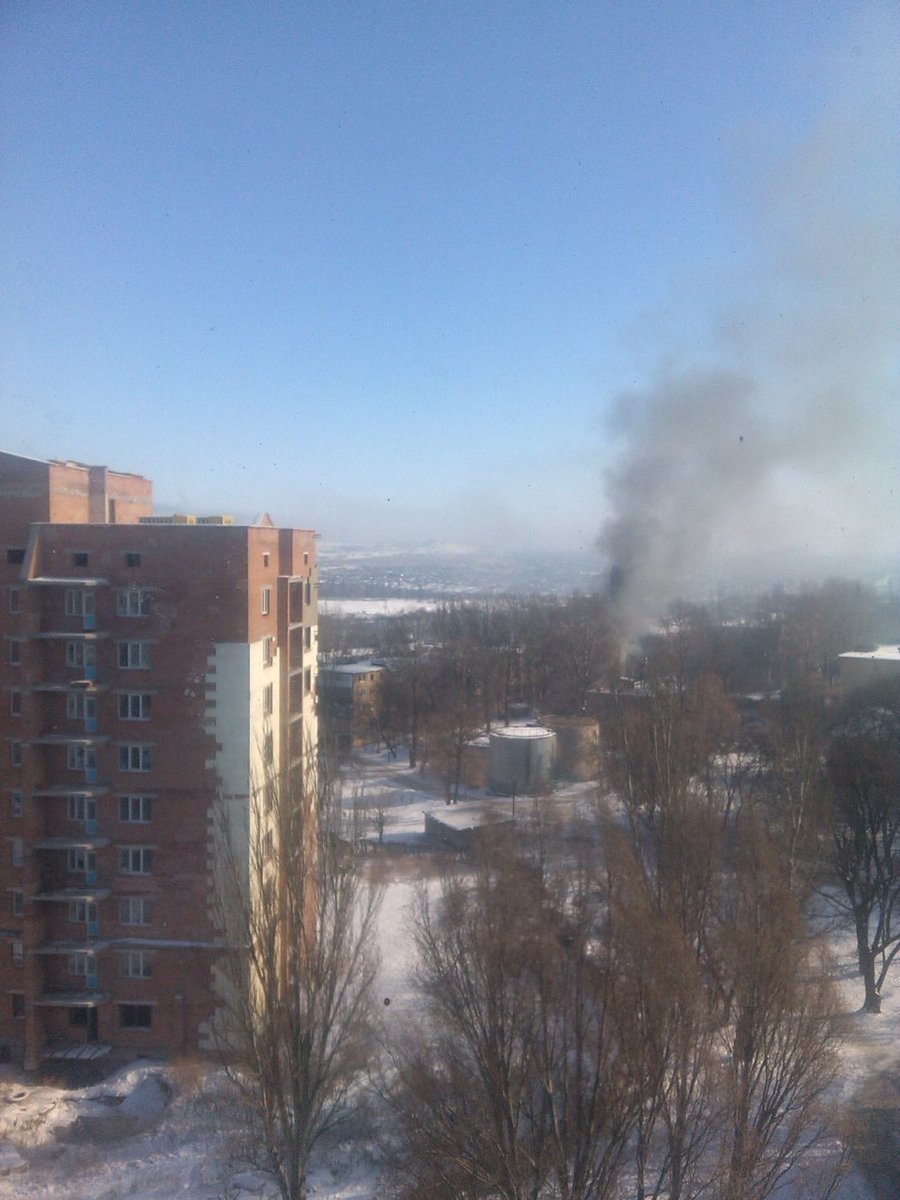 In the sequel to http://colonelcassad.livejournal.com/3216522.html

1. By mid-day, intense shelling from both sides has continued, including the use of 152-mm artillery and MLRS. In this case, the DNR said that because of the situation in Avdeevka DNR army unilaterally cease fire (I’ve heard), but that does not affect the continued shelling by the APU, which States that the DNI as the fire does not stop, although the headquarters of the ATO proposes to set the “silent mode”. In General, attempts to establish a local truce in the area of Avdeevka in order to restore the energy supply of the Town continued.Meanwhile, the fire continues unabated, in the village began the evacuation. It is also worth noting that due to the Ukrainian shelling, more than 100 miners were trapped underground at the Zasyadko mine. By 12 o’clock some have already managed to raise to the surface. Rescue efforts continue. Avdiivka coke is on the brink of disaster. The plant Manager said that if it stops, this will be the actual end of the plant.

2. On the situation at the front, while reliable information about the fate of the locomotive “Diamond” and “Diamond-2” yet. Zhuchkovsky reports that the position yesterday was withheld. Acquisitions either.

Of course the plant (as has already bragged in the press) was not exciting. She as before, remains under the control of the APU. The main fighting to the East and South-East of the village.

3. Loss. Ukrainian sources claim that over 2 days of escalation killed 50 to 100 soldiers of the BCH. The DNR said that the APU for 2 days, I lost 78 men killed and the total losses amounted to 150 people.

Confirm or deny these figures is difficult, but judging by the intensity of the fire, casualties on both sides would be substantial. The DNR said about intercepted by the Ukrainian reports about the losses that promised to make public.

4. The Kremlin said that on the front in the area of Avdeyevka the situation returned to the pre-existing status quo, and attacked the positions of the DNI some “separatist forces”, there is a certain cunning, as even according to Ukrainian reports, the fighting took part in the 72nd ombr. Just like on the arc Svetlodarsk the main activity did not come from some sort of “uncontrollable” battalions, and from the 54th Ombre. Well, it is quite clear that MLRS beating is not “independent battalions”.
Actively disingenuous and the Ukrainian side, saying that the initiative of opening fire in the area of the town belonged to the DNR when they tell that Ukraine is carrying out a “creeping offensive.”

5. In General, unilateral “truce” and statements about “separatist groups”, quite clearly shows that the Kremlin is not interested in the violation of existing in the Donbas the status quo pending negotiations with the United States. The junta, in turn, is interested in intensifying the fighting to those negotiations, to sit down favorite skate “Russian aggression” and “humanitarian catastrophe”, which they themselves cause. So from Kiev shouting that the international institutions put pressure on Russia and LDNR that they stopped to fire at Avdeevka, and from Moscow and Donetsk claim that it is Germany, France and the OSCE should put pressure on the junta to stop shelling Donetsk and other cities DND. 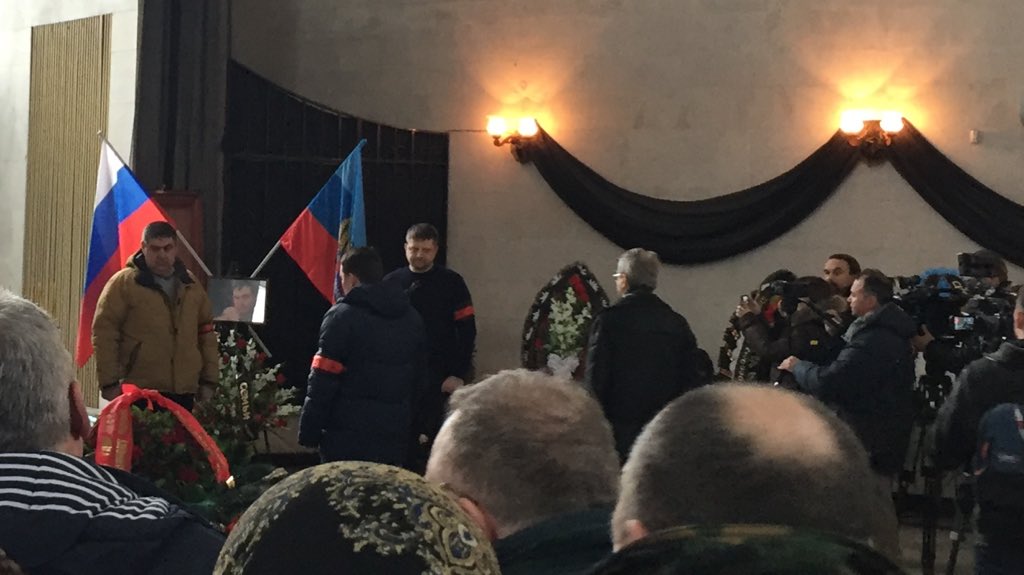 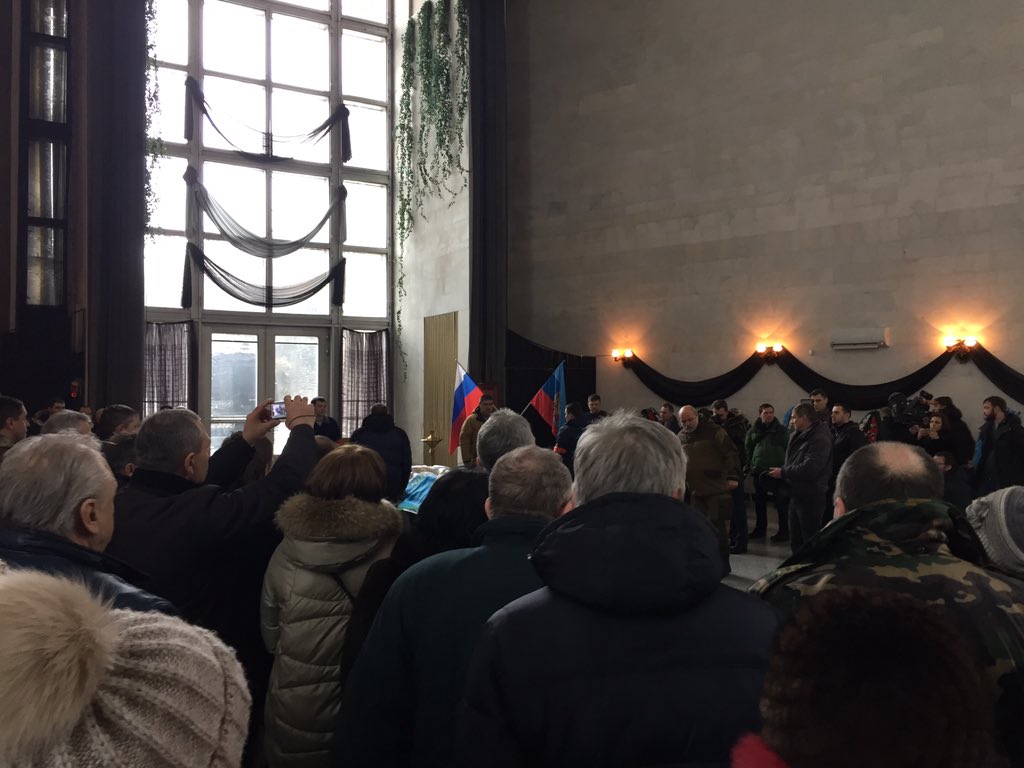