The split among the warring militants in Idlib continues to deepen. “Al-Nusra” and “Ahrar al-sham” are the poles of attraction around which are about opposing factions. In practice, we observe the same division, that is 2016-the year the Americans say. As it turned out, it was necessary to agree not with the US, and Turkey, among “green” is there such a drastic split. Consequently, the real list of “moderate” and “moderate” terrorists will be shaped by the mere fact of separation during the civil war.where “al-Nusra” and its allies will lose any possibility to be legalized. Accordingly, those who will be among their opponents, to retain the ability to speak from the conglomerate “green” militants and they will talk.The main thing – we are seeing a real, not declarative schism among domestic enemies of Assad, which certainly strengthens its position in Syria and weakens the negotiating position of his domestic opponents.

A new Alliance of radical jihadists called “Hay’at Tahrir al-Sham”. It is worth noting that one of the brigade of “Ahrar al-sham” numbering about 1,000 people threw their old associates and joined the “al-Nusra” and Co. 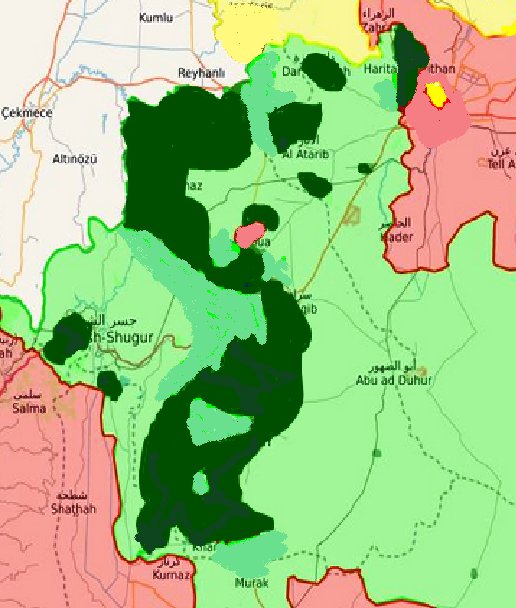 We must understand that in the near future the life in the province of Idlib will be very “exciting”. For example, Idlib will be in the local version to see what would happen with the whole Syria in case if Assad was overthrown and these characters came to power. Considering the sides of the war within Idlib, you can only wish every success to self-destruction.