Today, the Russian General staff has officially confirmed that the VDV of the Russian Federation are conducting a joint operation with the Turks in the district of al-Baba.
Operations under the al-Bab involved 9 Russian aircraft (4 su-24, 4 su-25 and 1 p-34) and 8 of the Turkish aircraft (most likely F-16).

More detail on these and other issues (Deir-ez-Zor, al-Bab, Palmyra) in the briefing of the General staff from January 18.

Regarding al-Baba, in addition to ongoing air strikes to the South of the city, the continuing offensive of the SAA, which has occupied a number of villages and is gradually approaching the basic positions of the Turkish army in the area of al-Baba. Given the fact, in addition to the Turks, and deployed forces of the insurgents (the FSA, “Ahrar al-sham”), so the remaining between the SAA and FSA forces of the Caliphate play the role of a buffer, which eliminates direct clashes in the al-Baba. 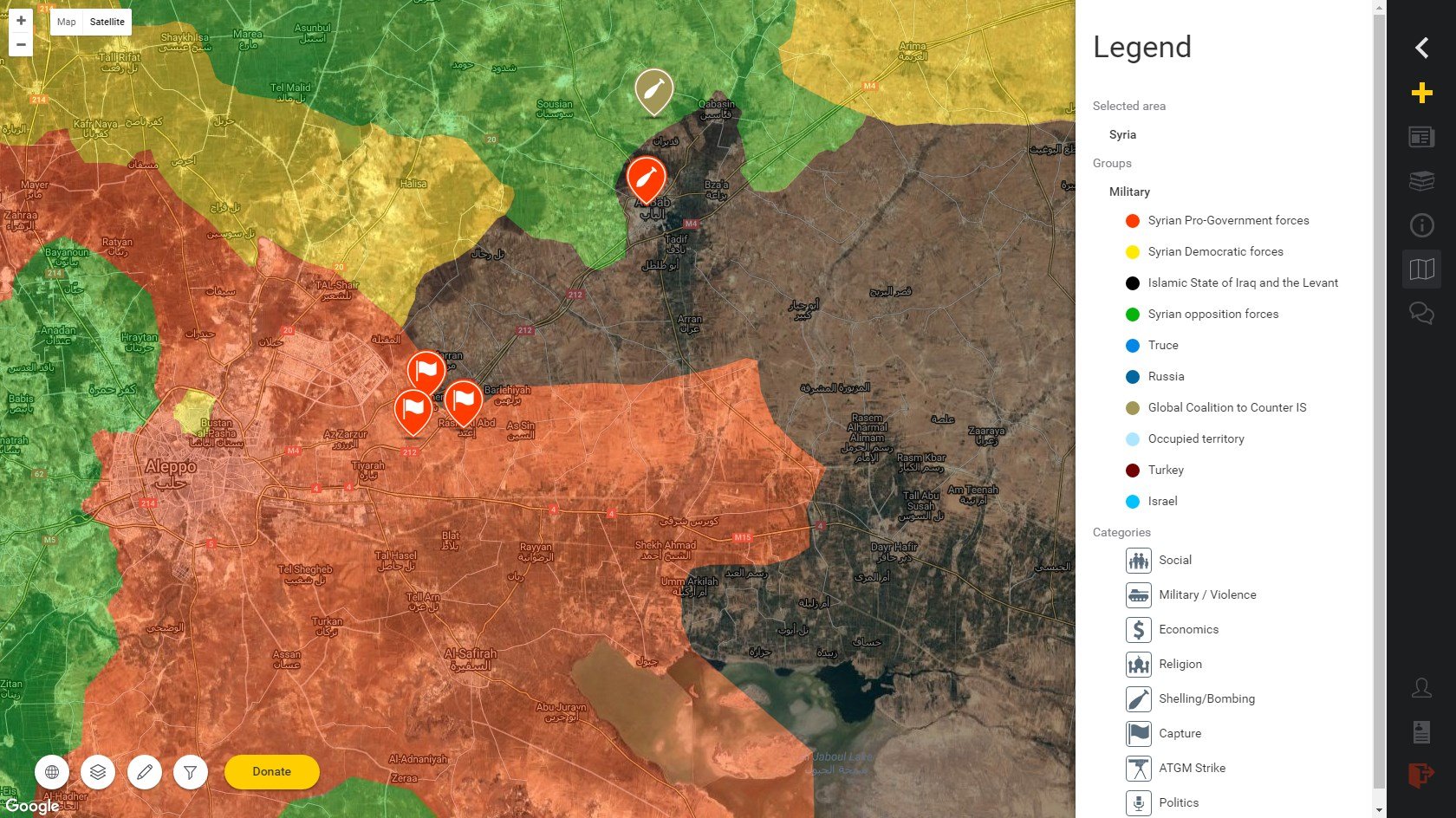 When establishing contact between Syrians and Turks, the Turkish army will have to contain their activity to prevent active hostilities that will obstruct the capture of al-Baba. Overall, the SAA in the medium term will occupy part of the territory South of al-Bab, but this operation is unlikely to divert major forces of the Caliphate under the Deir ez-Zor. The question of who will occupy al-Bab, there are still quite vague. 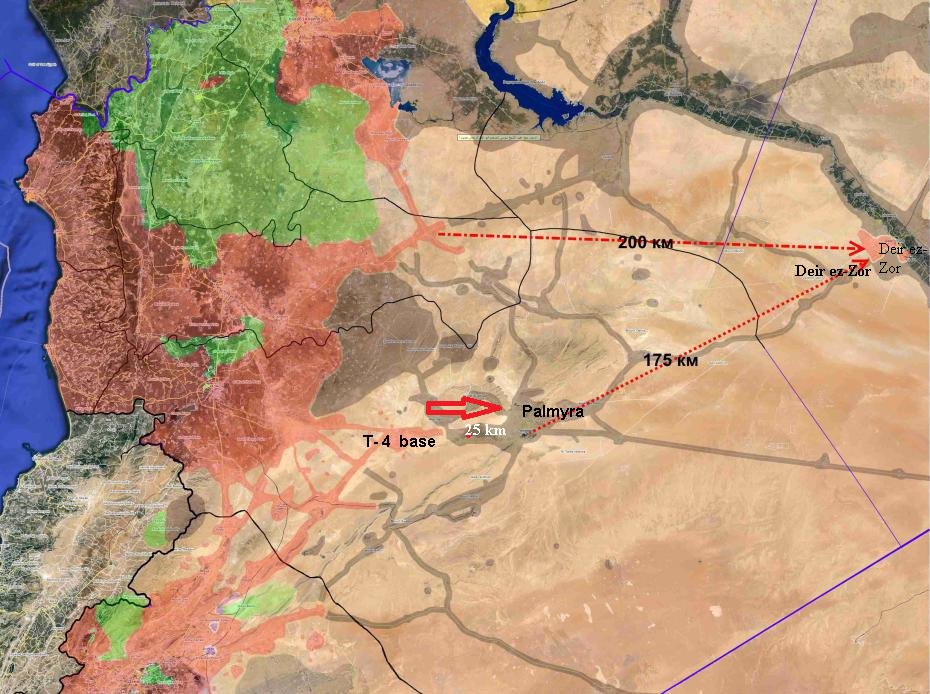 As the Syrians understand the complexity of the situation in Deir ez-Zor, continuing the offensive East of Tiyas, but the pace of advance there are quite modest, to be able to talk about the crisis that forced the Caliphate to bring additional troops. In this respect, the attack in the direction of Deir hafir or the training throw on Tabqa, may force the Caliphate to reconsider their priorities, although without proper preparation, such offensive operations can be quite risky due to the lack of troops to ensure the flanks of the strike force and control over the supply lines. Apparently real plans to liberate Deir-ez-Zor were attributed to spring and have been linked to the onset of Palmyra. The defeat of the Caliphate in December 2016, the first year dealt a serious blow to those plans. 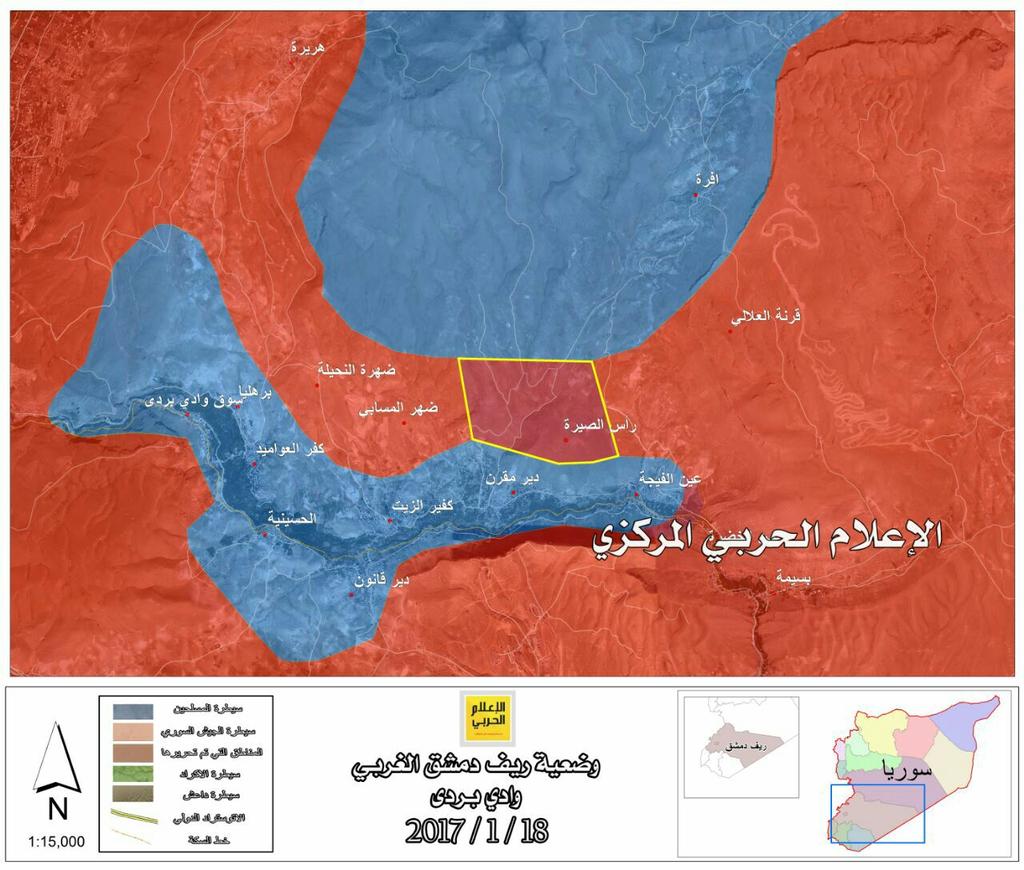 In Wadi Barada continues rebound “green”. The SAA took almost all the key heights to the North of the valley part of the valley in the Eastern part of the enclave. The position of the militants strategically hopeless, the help of they then you should not wait, tactically withholding the valley without control of the adjacent hills it looks unrealistic even in the medium term, so there is a rebound of the militants is only a matter of time. 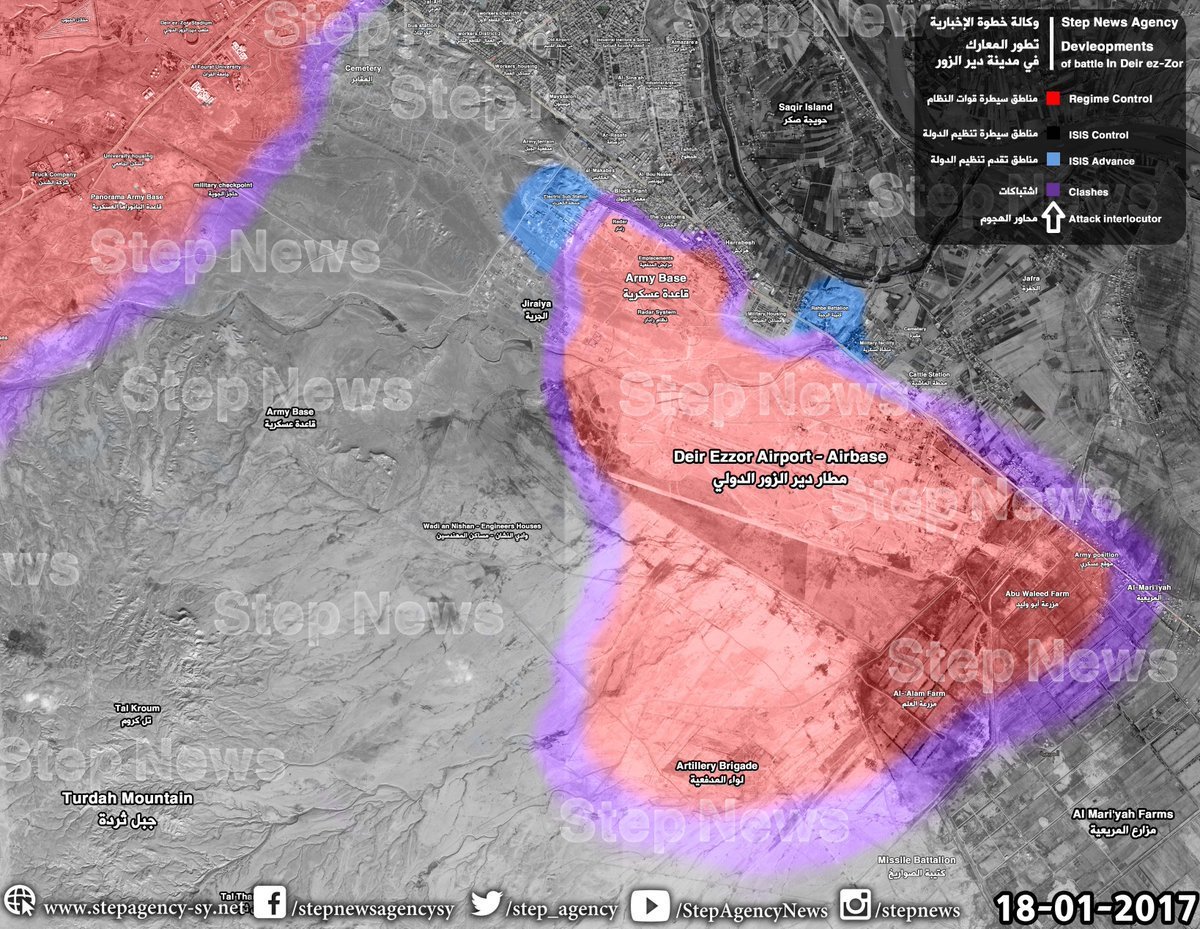 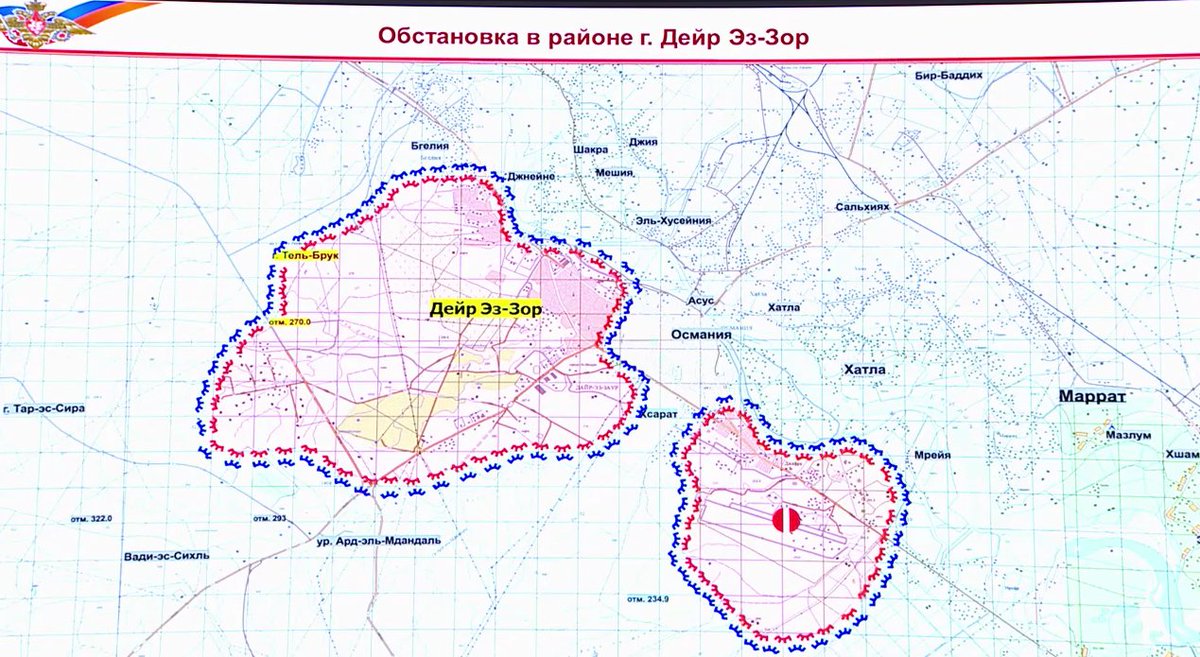 PS. On the title photos of Russian military police in the citadel of Aleppo.