As expected, the killer of the Russian Ambassador Karlov was a mere instrument in the hands of other forces. Today, “al-Nusra” and Co. have claimed responsibility for the murder of Karlov.

Armed coalition of “Jaish al-Fatah”, which includes extremist group “Dzhebhat Fatah al-sham” (formerly “dzhebhat al-Nusra”, banned in Russia), took responsibility for the murder of the Ambassador of Russia to Turkey Andrei Karlov. On her website you can see a copy of the application of this force in Syria of the Alliance of extremist groups, which refers to her responsibility for committing the crime of Ankara.

“Jaish al-Fatah” is a coalition of militants from various terrorist factions, the largest faction in the composition of which is the Islamist group “Ahrar al-sham”. Among other groups, are members of the “Army of conquest”, the Syrian branch of al-Qaeda “jabhat al Fatah al-sham” (the former “Front al-Nusra”), “Jaish al-Muhajirin Val-Ansar” group, composed of members of the Syrian branch of the “Muslim brotherhood”, also part of the “Army of conquest” includes more than moderate groups.

1. This recognition creates for Turkey some problems. On the one hand, Turkey has agreed with Russia and Iran to resist “al-Nusra”, which is part of the “Jaish-al-Fath”. But on the other hand, part of this “Army of conquest”, and includes other groups. For example, “Jund al-Aqsa”, which not so long ago perpetrated the bloody infighting in Idlib, which killed dozens of warlords “green” and up to 150 fighters. But the most important part of this coalition is part of “Ahrar al-sham”. This group, comparable in features with the “An-Nusra” and took an active part in the battle for Aleppo, while derived from Idlib and Latakia fighters of “Ahrar al-sham” took and take part in the Turkish operation “shield of the Euphrates” and by the Turks as a terrorist organization is not considered. It turns out that Turkey put in a very awkward situation – on the one hand, it proclaimed the fight against “An-Nusra”, on the other hand, the Union “An-Nusra” group, acting jointly with Turkish forces in Northern Syria. Such is the conflict. You cannot be a little pregnant. 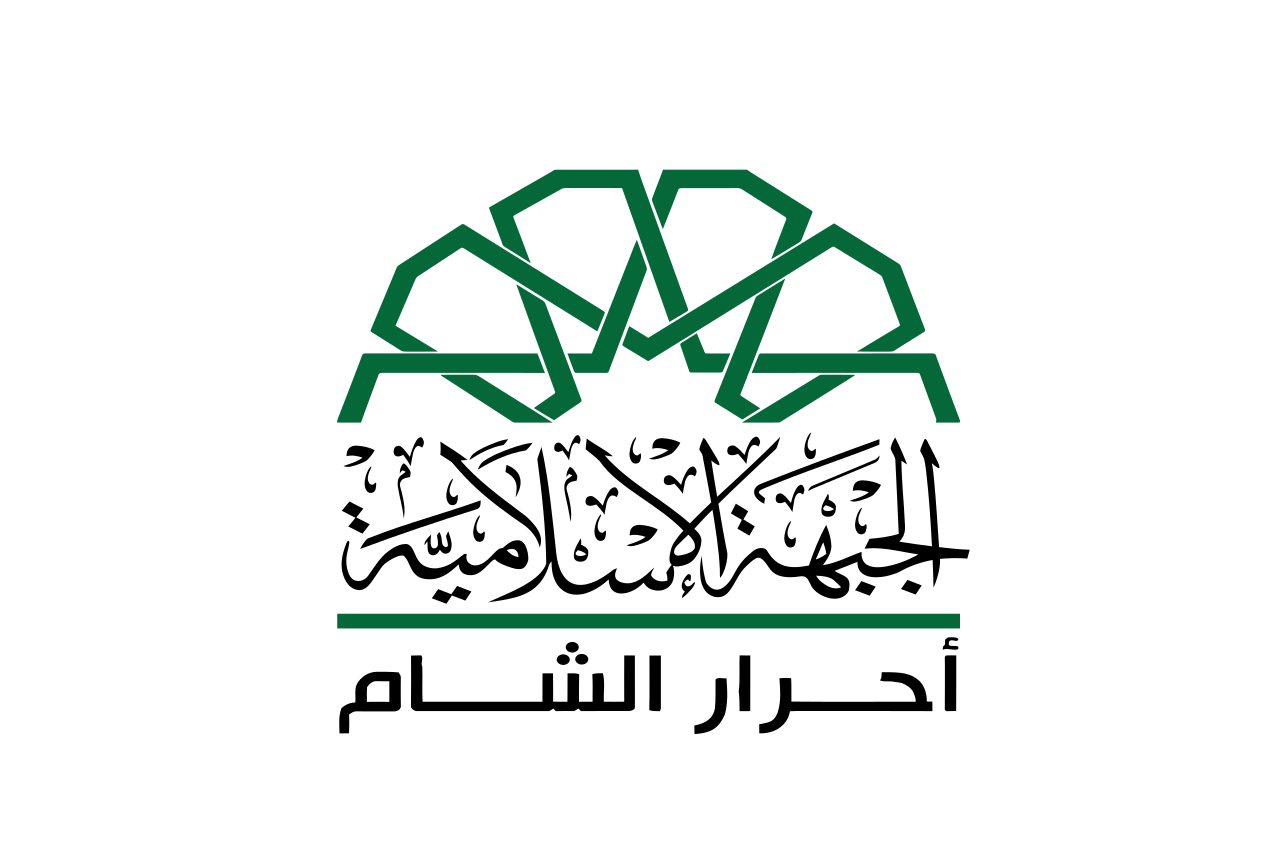 2. Of course, in this case, not necessarily that the decision about the assassination of the Russian Ambassador was received by leaders of the militants, and given the relations of the groups among themselves, not necessarily that it was a concerted decision. They could only be the direct organizers (one or several of them), and the order was received from their sponsors. It is worth remembering that Turkey controls only part of the “green” Saudi Arabia, Qatar and Kuwait continue to be the main sponsors of the “green” and are the main guarantors of arms contracts for their needs.There is also Jordan, supporting the “green” in the South of Syria and to work closely with American and British intelligence services. So we cannot exclude the fact that “Jah-al-Fath” was chosen not by chance, as if the militants really organized the murder of the Ambassador, it’s not only hit Russia but also reveals the ambiguous position of Erdogan, who want to maintain control over the part of terrorists, on the other hand is inclined to the Union with Russia and Iran. It is a very fragile position, and thus it is applied to obvious a shot.Version gulenists objectively more beneficial for Erdogan, as he can blame everything on the external and internal conspirators and to hint at the hands of the US, avoiding questions on the subject of on-going contacts with terrorist groups. 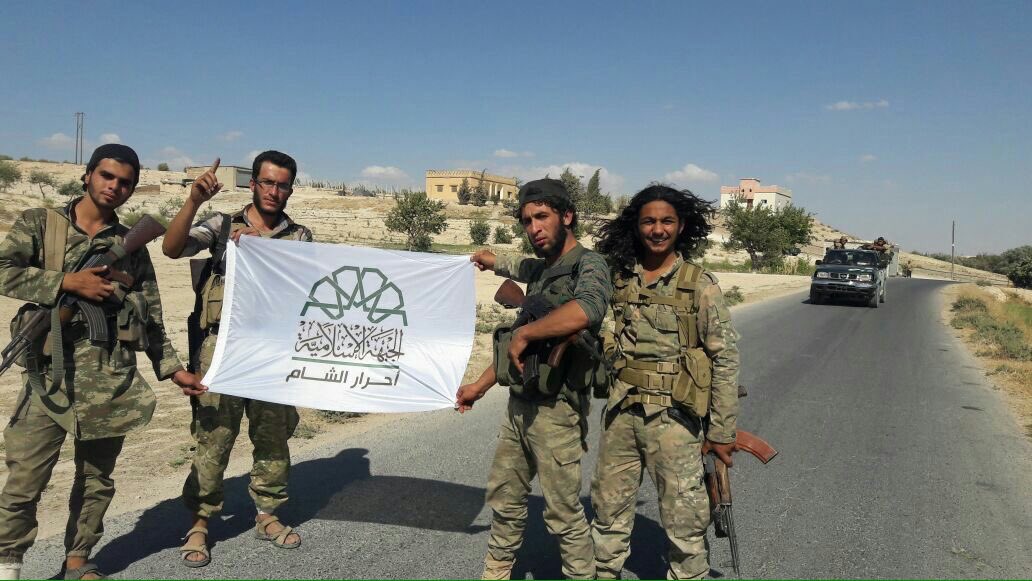 Fighters of “Ahrar al-sham” in the area of Garbles released by Turkish troops.

3. However, Erdogan has ensured that he began to fight with the Caliphate and promised to fight “An-Nusra”. With appropriate diplomatic service, could be convinced Erdogan, that “Ahrar al-sham,” also need to write down a list of “immoderate terrorists.” I think these issues will certainly emerge in future negotiations with Russia and Turkey, where Russia of course will be interested in the fact that Erdogan is not only cursed the terrorists, but has also taken some steps against them.Street name Charles and other signs of attention, that’s all well and good, but the main thing – the destruction of individuals and organizations involved in the death of Charles.

This of course can jeopardize the “Euphrates shield”, but it will depend on how much Russia will put pressure on Erdogan in the punishment of all the guilty – you’re limited to revealing the destruction of leaders “al-Nusra” and individuals directly responsible for the murder of the Ambassador. But on the “Ahrar al-sham” is also a good idea to ask the Turks the relevant issues. Syrian “activists” associated with the militants, realizing the possible consequences, has run to disavow the allegations of the involvement of “Jaish-al-Fath” https://twitter.com/Zendetta2022/status/811559962950467584 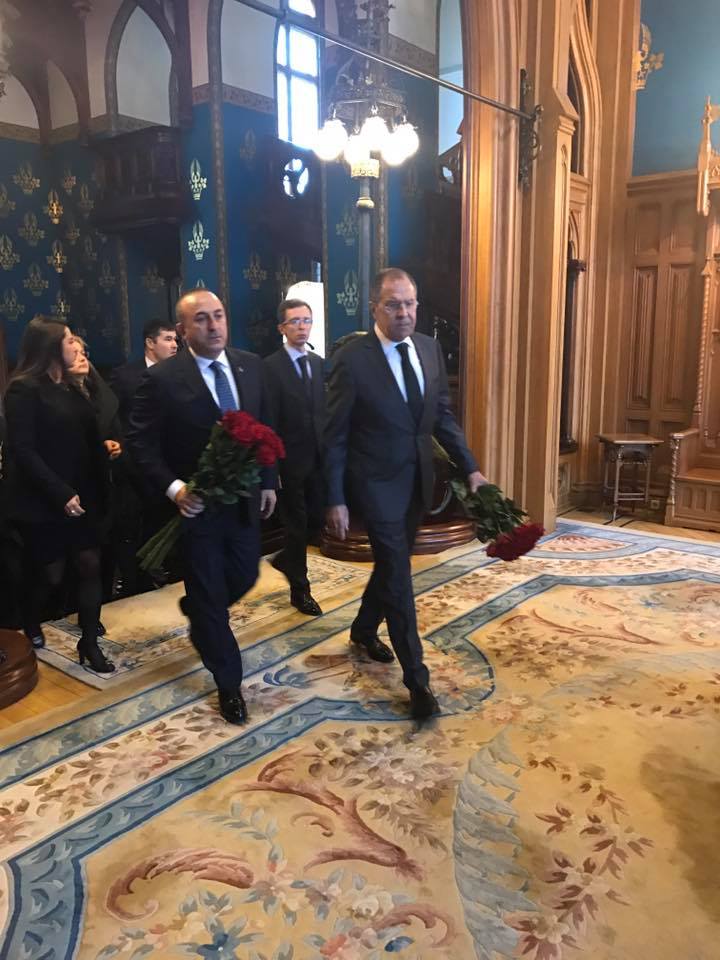 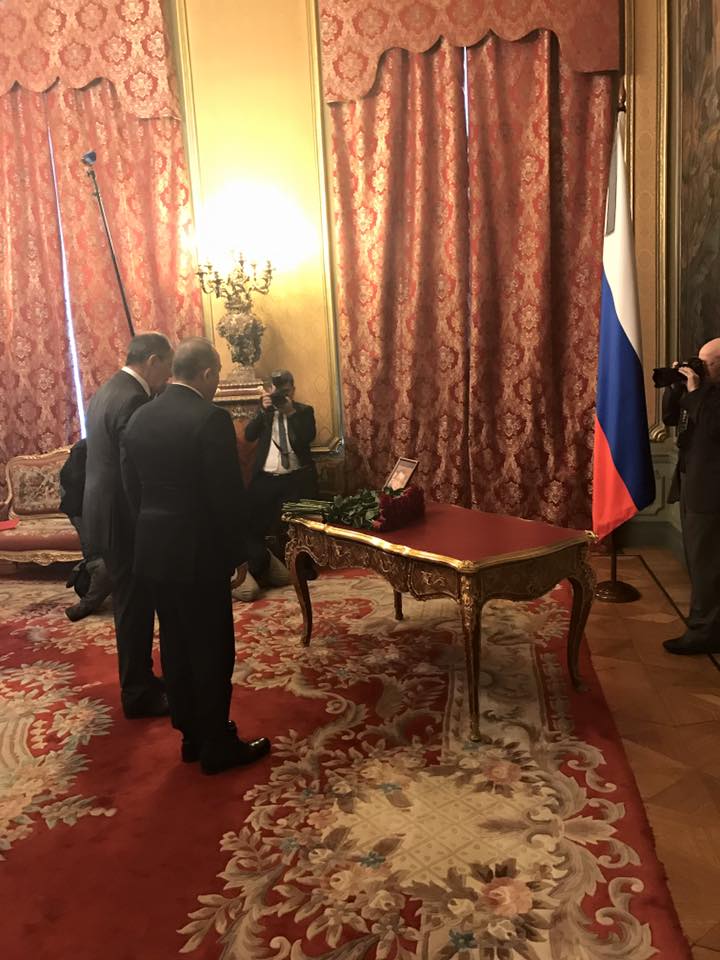 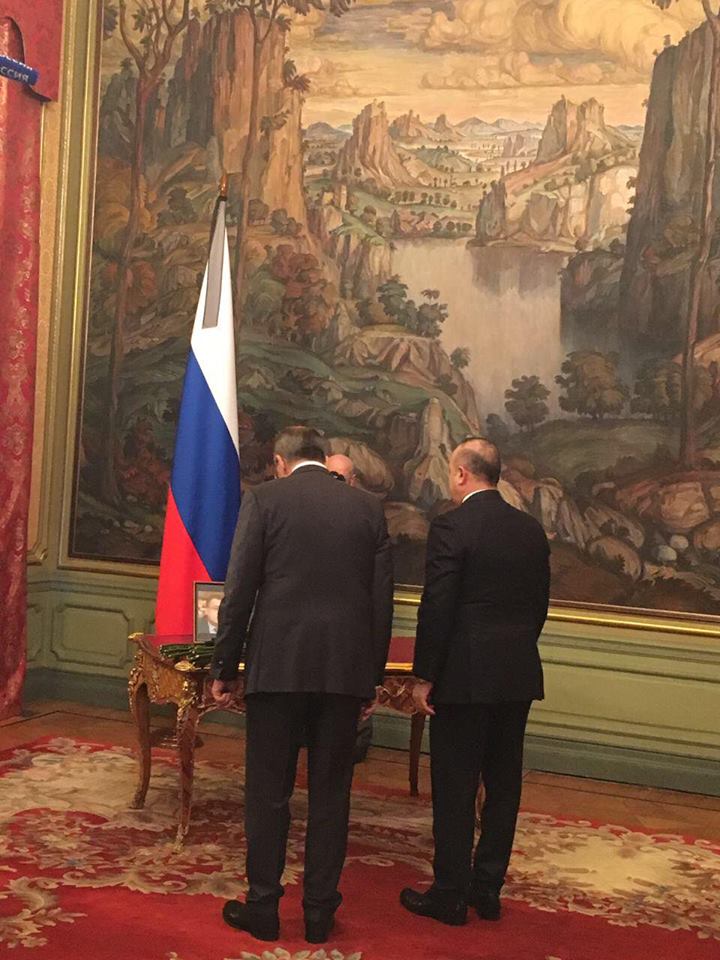 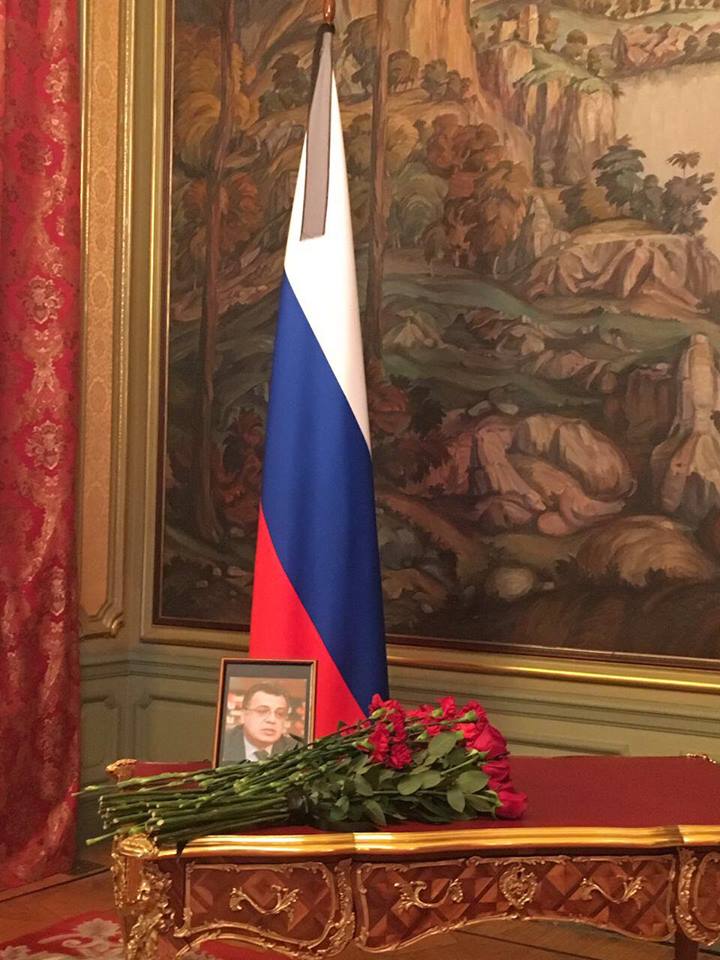 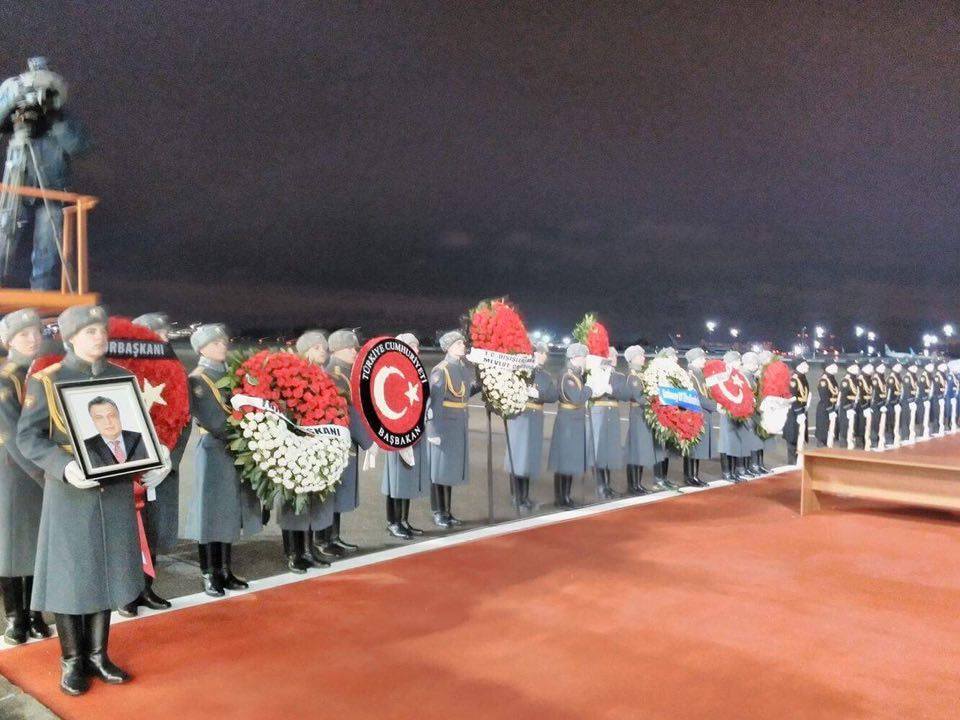 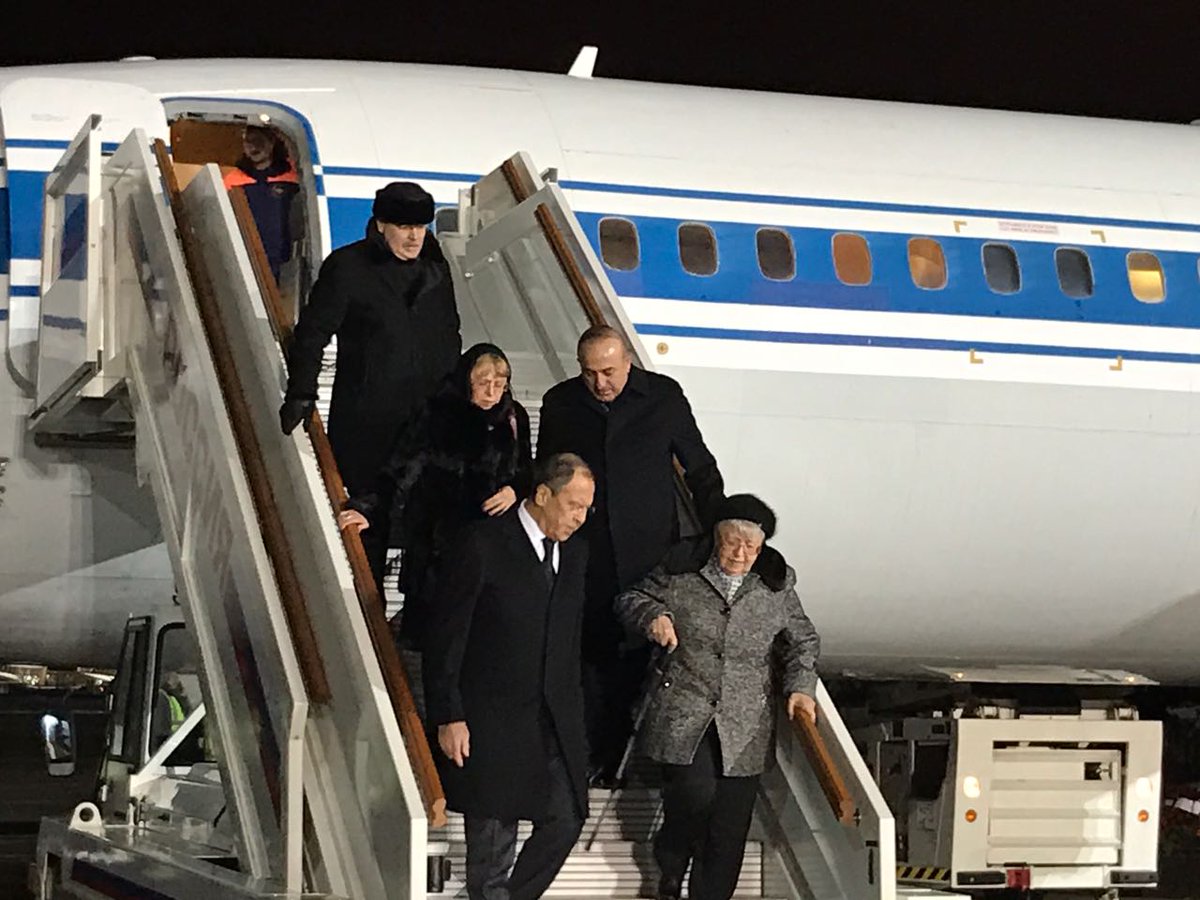 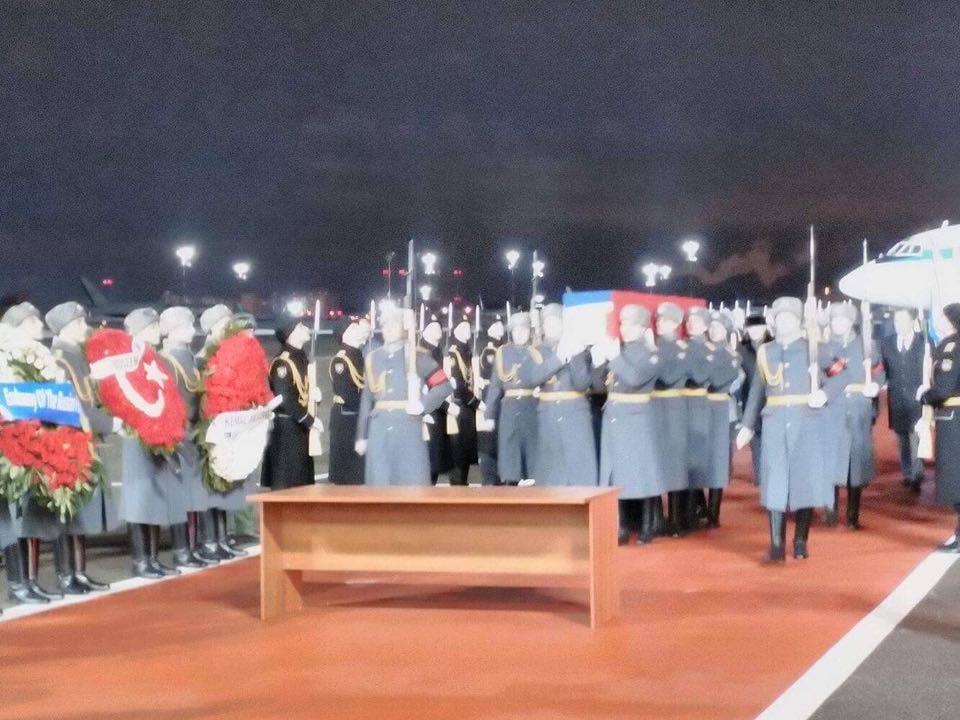 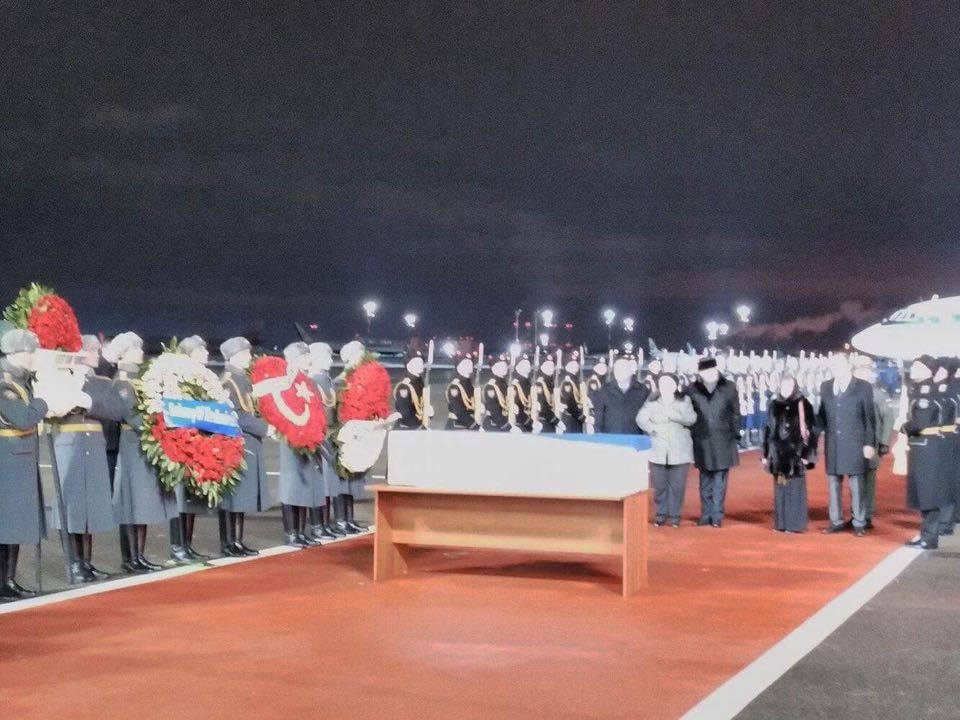 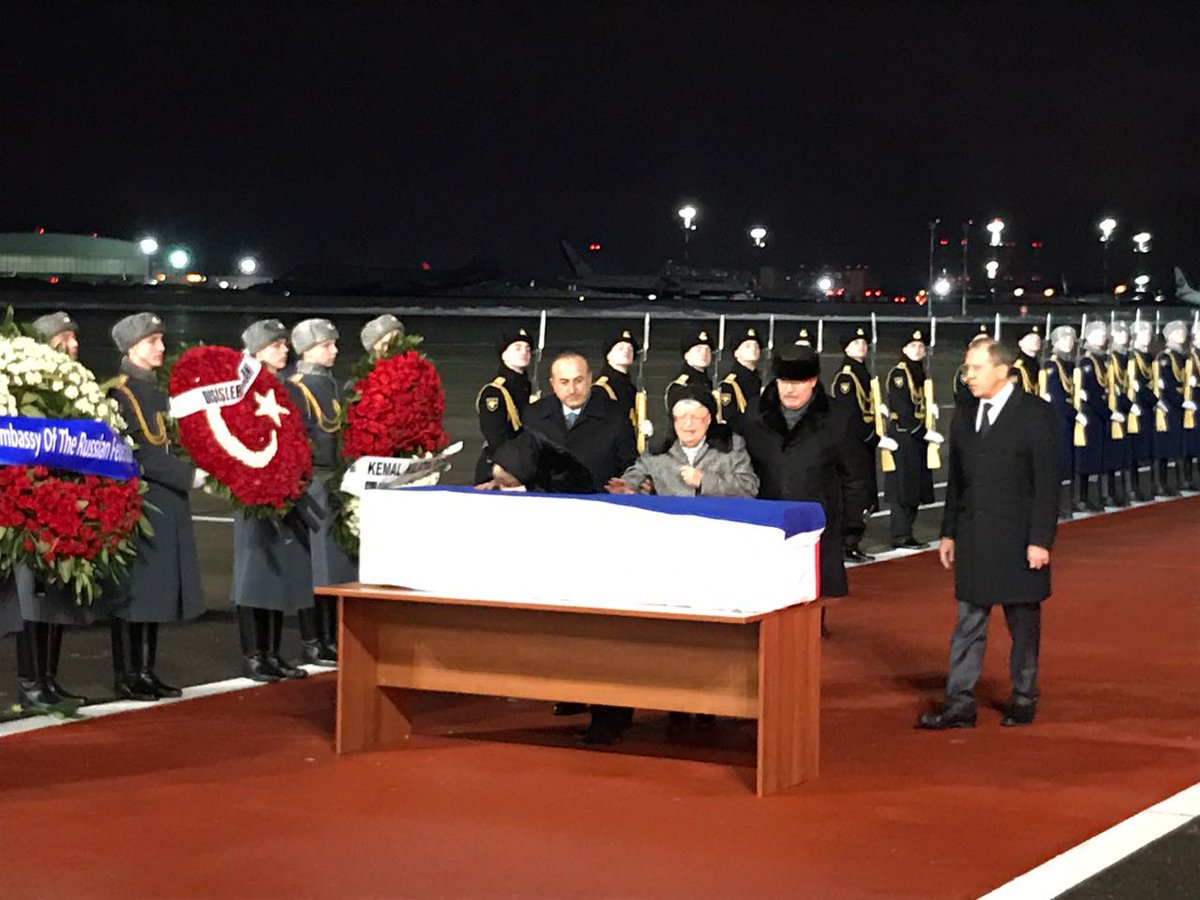 4. It should be noted one more moment – idiots that the last days were happy to murder Charles in fact was a media allies of the Syrian “al-Qaeda”, of which especially much was in the Ukraine.

PS. Title photo fighters with flags of “Ahrar al-sham”, Syrian Free Army and “Dzhebhat-EN-Nusra” in the center of Idlib. Spring 2015.