The attempt on the Ambassador of Russia to Turkey 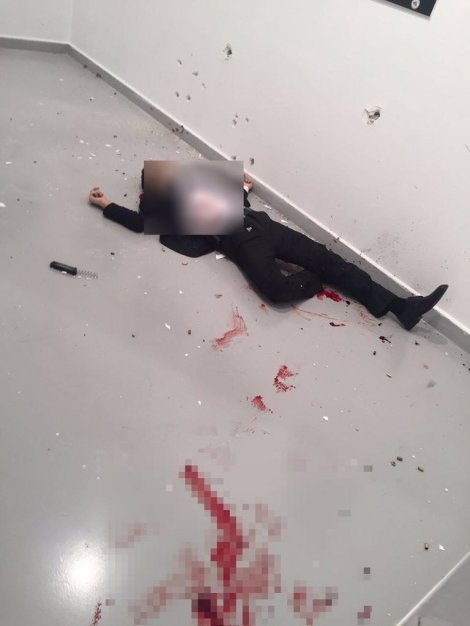 In Turkey attacked Russian Ambassador Andrey Karlov. The Ambassador was killed. The killer was eliminated.

The attack occurred during the opening of the exhibition at the contemporary art center in the capital of Turkey. The newspaper reported that Charles attacked when he gave a speech from the podium in the gallery.

According to CNN Turk, Charles was hospitalized in critical condition. NTV reports that along with Charles three more people were injured.

PS. But only today wrote about the increase in terrorist activity in Turkey http://colonelcassad.livejournal.com/3137196.html. Under Erdogan Turkey has become a very unsafe place.

Graph of terrorist attacks in Turkey from 2008 to 2016.. Draws attention to the surge of terrorist attacks in 2011, when Erdogan began a policy associated with the support of the “Arab Spring” in Syria and overthrow Assad, which led Turkey to cooperate with the radical jihadist groups. Since the second half of 2015 it is time for consequences. The graph quite clearly reflects the impact of a failed foreign policy of Turkey on the situation in the country.

UPD3: it is Reported that the Ambassador died from his injuries. Official confirmation of this.
UPD4: the Death of Charles confirmed. 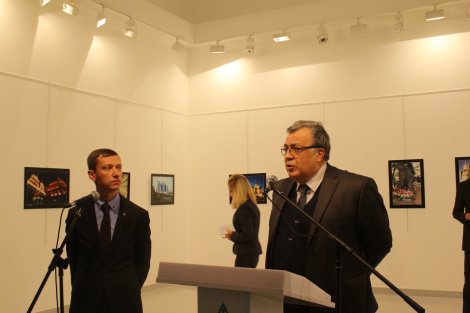 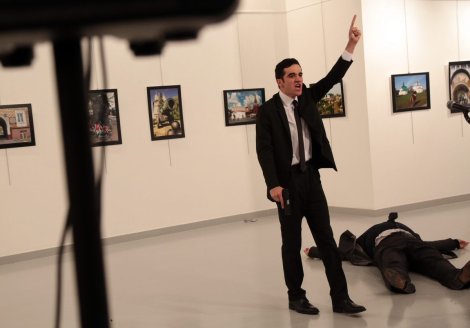 Sputnik with reference to the Turkish media reports that the shooter was removed https://sputniknews.com/middleeast/201612191048750563-ankara-assault-russian-envoy/
Shooter shouted “Allah Akbar!” https://twitter.com/ragipsoylu/status/810894830767394816

According to preliminary information, the event, the shooter passed using police ID/impersonated a COP.

According to updated information – mevlüt MERT Altıntaş worked in the Ankara police. He was 22 years old, worked in the Department of special police forces of Ankara.

After the unsuccessful coup he was fired from the police.

UPD5: the United States closed its Embassy in Ankara.

Erdogan soon after the assassination of the Ambassador called Putin and discussed the incident. In Russia the incident qualified as a terrorist act. 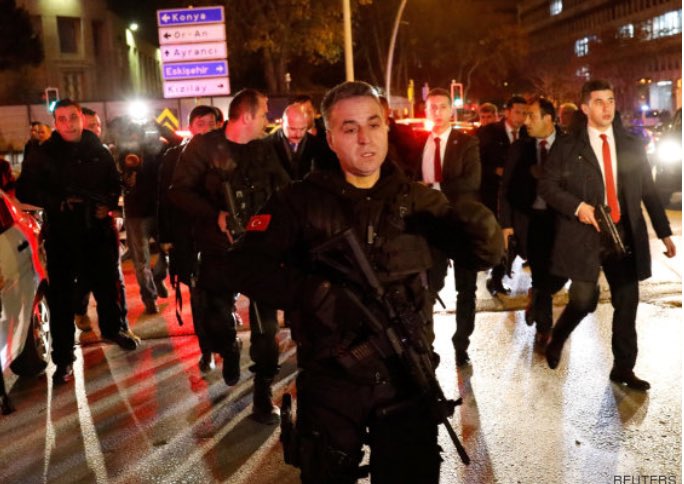 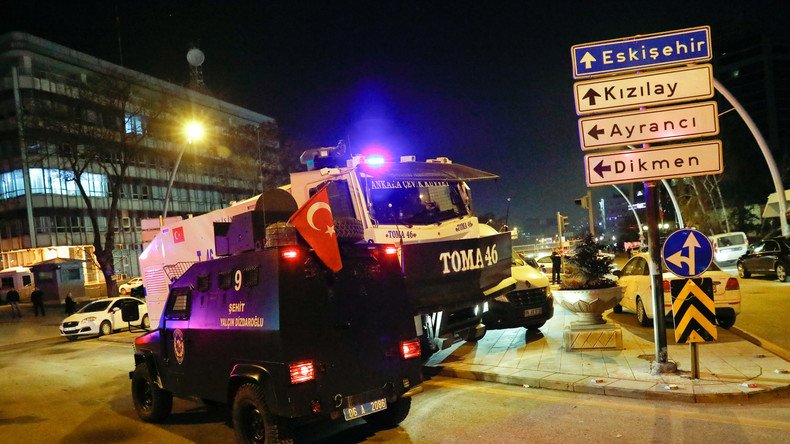 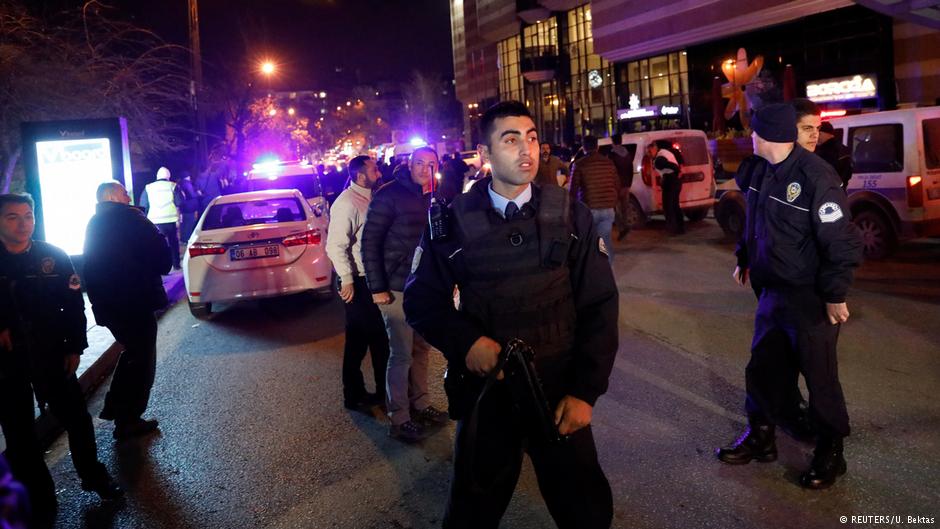 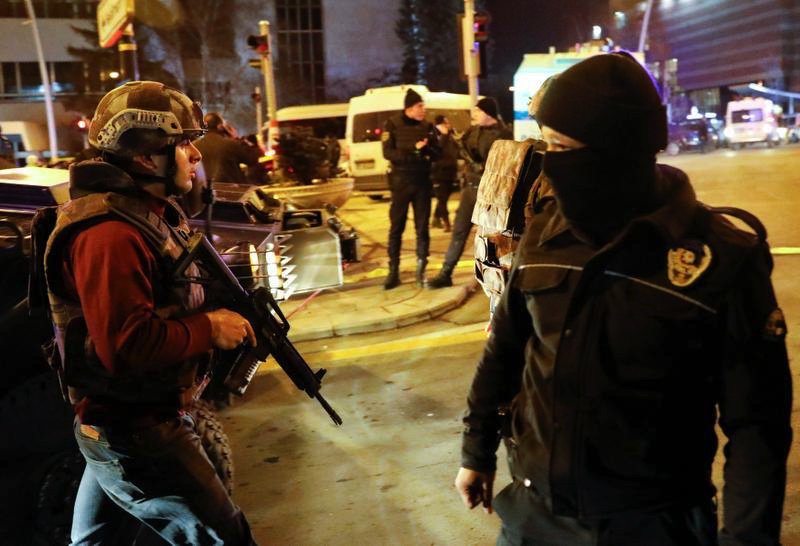 It appears that the possible next version:

1. The killer was a lone fanatic. Have seen enough propaganda about “the horrors of Aleppo” and decided to take revenge.

2. The killer is a fanatic associated with jihadist organizations operating in Aleppo. Revenge for the defeat of insurgents in the “Mother of all battles” (in tune with actions on the burning bus in Idlib).

3. The killer Gulenist – a kind of revenge, Erdogan (and also Russia) during the suppressed revolution (remember Erdogan’s statement that the attacker in the su-24 allegedly was a Gulenist).

4. The killer, part of a large-scale provocation of attempting to destroy a situational Alliance of Russia, Iran and Turkey in Northern Syria.

5. The murderer, revenge for those Islamist circles who are unhappy that Erdogan is turning towards Russia and did not prevent Syria, Iran and Russia from taking Aleppo.

It appears that the reasons may not be just one, but in the political dimension, in addition to questions of revenge for Aleppo and the defeat of the insurgents, as one of the main motives may be the intention to destroy the relations between Russia and Turkey, which not so long ago prevented the realization of U.S. plans in Syrian Kurdistan. So a regular zealot with his “Allah Akbar”, but behind him is some kind of intelligence Agency, which used him to achieve more far-reaching goals. That it could be MIT is not particularly hard to believe, because while there are benefits from this murder for Erdogan, the cost is very serious – if he wanted to annoy Russia, he could simply give the go-ahead to the FSA militants to come to the rescue of Aleppo, but not stupidly kill the Ambassador, which in no way  will strategically improve the position in Northern Syria. Although we can not exclude that this came from the cadres in the MIT and the interior Ministry that remained after the aborted coup. The young officer was a fanatic, the perfect murder weapon, but who has sent this hand (unless it’s an unlikely example of a loner), that is the question. In my opinion the main suspects are Turkoman groups operating in Northern Syria (by the way they are very closely connected with the CIA), and the intelligence service of a foreign state.

The President of Russia Vladimir Putin called a provocation of the murder of the Russian Ambassador in Turkey Andrey Karlov. He also expressed condolences to the family of a diplomat in connection with the incident.
“The message came from Turkey, where cowardly murdered the Russian Ambassador. Совершённое преступление — это провокация, направленная на срыв нормализации турецко-российских отношений и на срыв мирного процесса в Сирии», — заявил Путин.” data-index=”45-4″> The crime is a provocation aimed at disrupting the normalization of Turkish-Russian relations and the failure of the peace process in Syria,” said Putin.
Putin instructed to submit a diplomat for the state award. He stressed that the only answer to this can be the strengthening of the fight against terror.
The Russian leader also said the need to strengthen the protection of Turkish diplomatic representations in Russia and to guarantee the Turkish side to ensure the security of Russian diplomatic missions.

PS2. And another bad news/rumor – the Caliphate declares that in the area of Tias was shot down by a Russian attack helicopter (model not specified, but there shone Mi-35), the pilots allegedly “black” was saved. No photos, no video substantiating this claim “black” is not yet introduced, so maybe stretching the truth, but it cannot be excluded that indeed lost another helicopter.

UPD: the helicopter appeared to clarify that it could be a French Gazelle helicopter armament of Syrians, who shone last days in the photo next to TECOM and burned there at least 1 tank.