MGB DNR said they arrested 6 people involved in the murder of “Motorola”.

11 November 2016 as a result of the MGB DNR search actions in the city of Donetsk, they detained 6 active members of the Ukrainian nationalist organization “Misanthropic Division”, whose leaders had earlier claimed responsibility for the murder of the legendary commander of division “Sparta” Arsene Pavlov, better known as “Motorola”. Currently the detainees are carried out quickly-investigative actions, they give grateful evidences about circumstances of Commission of crimes of terrorist and extremist crimes.Activists of “Misanthropic Division” maintained contact with staff members of the SBU and performed the tasks of the Ukrainian secret services on the territory of the Republic.

It is established that all terrorist and subversive operations in DND and LNR carried out by the SBU in the framework of the approved operational plan, the purpose of which is to intensify the internal contradictions between the leaders of the republics of Donbass, the creation of prerequisites and conditions for confrontation between them. The MGB carried out to document the role of each participant in illegal activities, including attempts to destabilize the situation in the DNI and LC, taken by Ukrainian nationalists on the instructions of the first Deputy Chairman of the SBU – head of the antiterrorist center Colonel General Vitaly Malikov and the chief of USBU in Donetsk region Oleksandr Kuts. On this fact criminal case is brought.

PS. Waiting for a video of detainees and other evidence, which the MGB will fit to disclose.
PS2. The organizers announced a couple of days ago http://colonelcassad.livejournal.com/3059356.html

In Donetsk, Zakharchenko has announced the names of organizers of murder “Motorola”.

The head of DNR Alexander Zakharchenko announced the names of the killers of the commander of the battalion “Sparta” Arseny Pavlov, known by the call sign Motorola.

I’m ready to name names involved in the Commission of this crime. According to our data, direct participation in the preparation and Commission of this crime was attended by: Vitaliy Malikov, supervises subversive and terrorist activities in the Donbas, the head of Department of SBU in Donetsk region A. Cuci and a number of senior staff representatives of the leadership of the joint staff of the SBU, he said. According to the head of the breakaway Republic, the list of killers of the commander is pretty big.
The list we have. About the big read it will not. The names of the actual killers are installed. In this direction there are already certain developments. But still there is a consequence, I can not name them. But I can assure you, these people will be found and at the request of the father of the deceased with Motorola soldier, we these names will give and Abkhazia, — said Zakharchenko. – We also know that to date, these persons have stepped up their security. Strengthened protection of special division “alpha”. Therefore, we can conclude that they are afraid of the fact that we know that they did it.We will not allow impunity to kill our friends, brothers and citizens of the DNI.

Vitali Malikov, head of the ATC of the SBU has a very remarkable biography.
Below, read more about him and the second defendant.

Malikov Vitaly Vladimirovich – head of the Antiterrorist center at the security service (23.06.2015).
[Click to read] 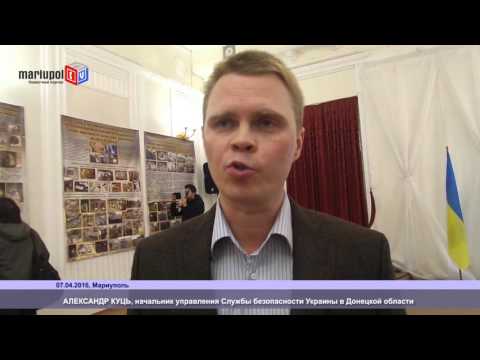 KUCI Alexander. The head of Department of SBU in Donetsk region.
Colonel KUCI Alexander heading to the second half of March management, is one of the people from divisions. In the last five years he was head of the 2nd Department of the General Department “To” Department of the SBU in Kyiv and the main Department “To” GU SBU in Kiev and Kiev region (with the status of Deputy head of state). In these positions has proven itself in the eyes of the authorities as a very competent leader and operas – each year his subordinates were excited from 30 to 50 criminal cases, most of which — under article 368 of the criminal code of Ukraine (receiving a bribe).The results are really impressive, unless you consider the fact that for the most part they were nothing, other than the elimination of competitors business structures, whose interests he defended his subordinates for taking bribes.That’s why he was appointed to the post of the head of Department with the objective to demonstrate the fight against corruption, designed to “RUB points” prostanovkoy the public and our President, Petro Poroshenko, replacing “command”, “cling” to the channels of smuggling in the “DNR” and “LNR”, new, built under the new leadership of GU “K” of SBU (the change of leadership in Kiev, – replaced “command” and in the field). And this task he successfully completed.June 16-17, 2015 on charges of corruption and “protection” of smuggling were removed from their posts of first Deputy head of Department Colonel Zhitenev Sergey Viktorovich, Deputy head of Department – the chief of the main Department in the cityMariupol Colonel Tsvigun Vadim Stanislavovich, head of the main Department of counterintelligence protection of the economy Babak Colonel Gennady Anatolyevich and his subordinates Lieutenant Colonel Strizhak Vadim Evgenievich, head of the 1st division, Lieutenant Colonel Oleksandr Sharov A. and the senior operative on especially important objects of the 3rd division, Lieutenant Colonel Tkachenko Artem Viktorovich.Of course, by tradition, none of them, despite serious allegations of war with the separatists and the external enemy on trial so was not included (most of them were transferred to new seats) – they all quietly live happily ever after. Its not pass. This indicates the existence of a monolithic corrupt “system” pervades the SBU from top to bottom, built on over two decades of our independent existence of Ukraine, which lives and flourishes still.