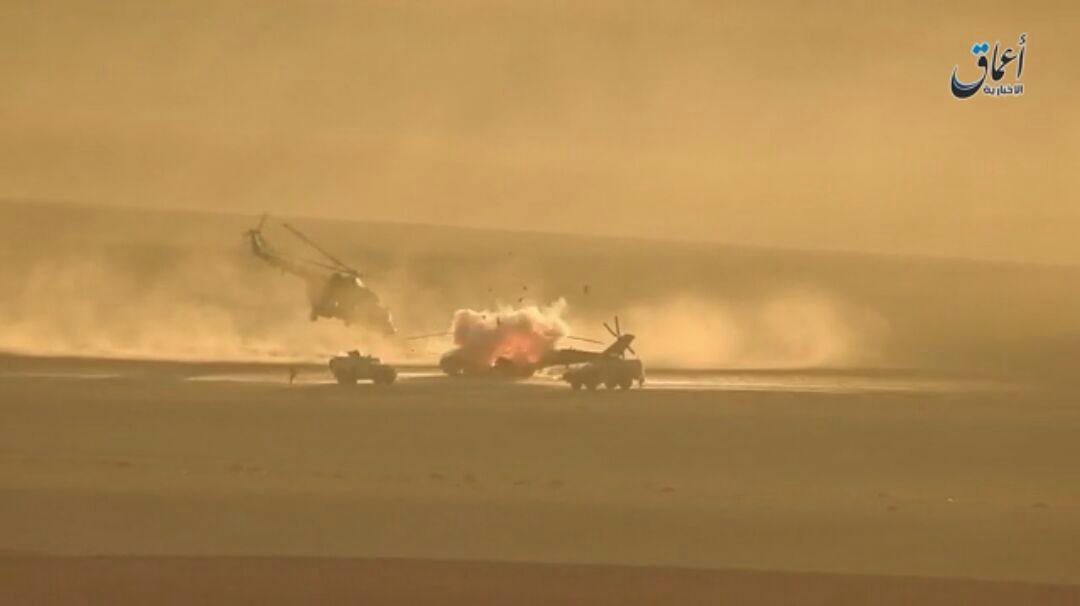 The defense Ministry denied reports about the death of Russian military in the shelling of a helicopter in Syria.

As explained in Department, the car carrying Thursday humanitarian aid in one of the settlements, located near Palmyra, had to make an emergency landing on the territory of the Arab Republic. In this case, the landing area really was subjected to mortar fire from militants, with the result that the helicopter was damaged, which did not allow our pilots to independently return to base Hamim. However, the crew did not suffer. “The helicopter was damaged, not allowing yourself to return to the home airfield. The crew was not injured and was promptly delivered a search and rescue helicopter to the base Hamim” – said “Interfax” in the Russian centre of reconciliation of the warring parties in Syria. Earlier, the militants of banned terrorist group “Islamic state” (IG) declared shot down Russian helicopters in Syria.

PS. What later happened with the damaged car is not reported whether it is still possible to recover, whether the damage is critical. I think today will clarify. The main thing that people have.

The helicopter is clearly fucked. 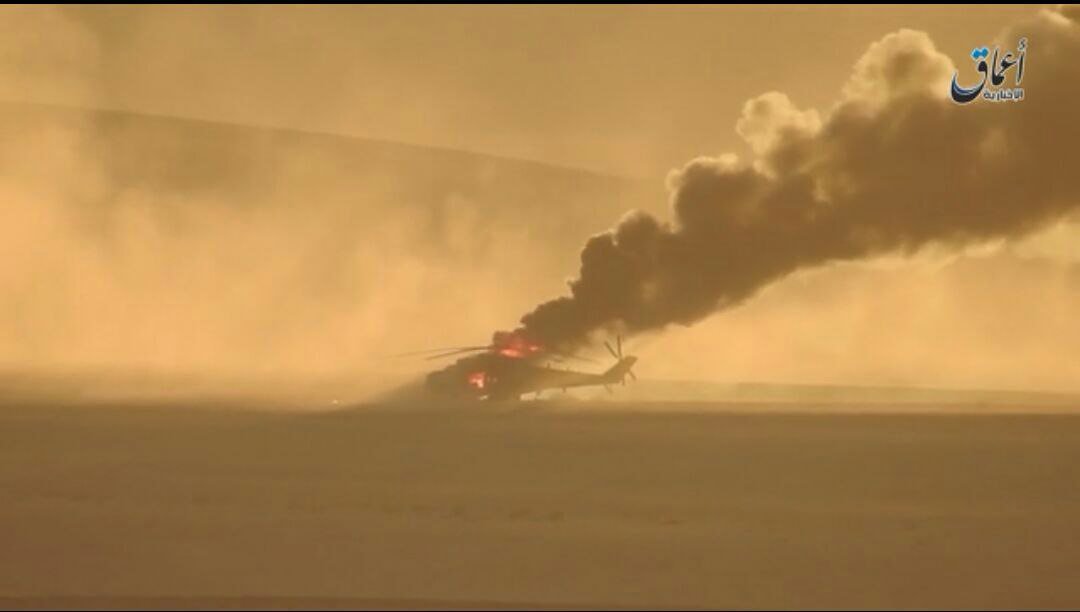 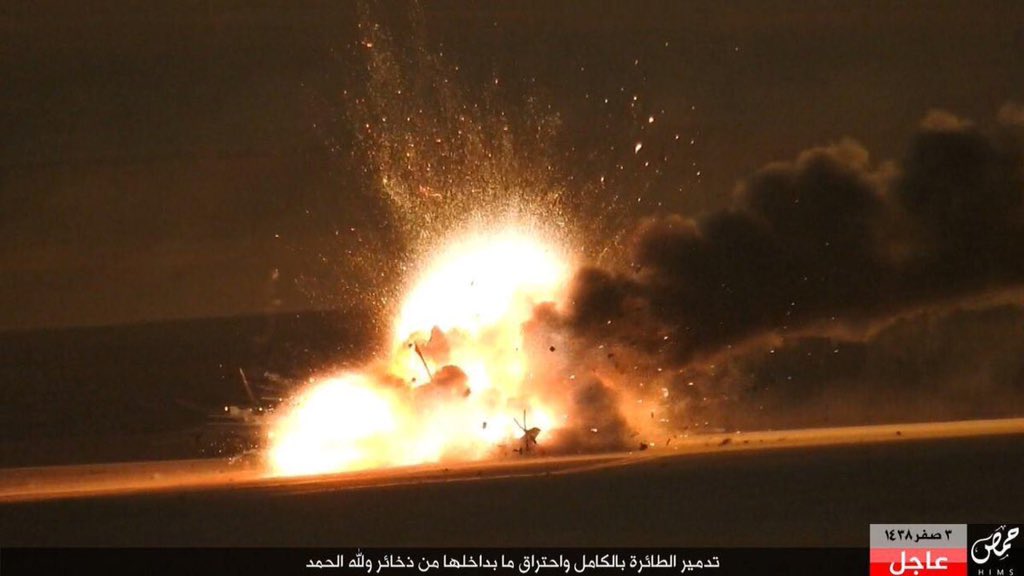 The militants of the Caliphate at the remains of the burned helicopter.

PS2. Plus on the topic of loss. Summary statistics regarding the losses of militants since the beginning of the second offensive in Aleppo. 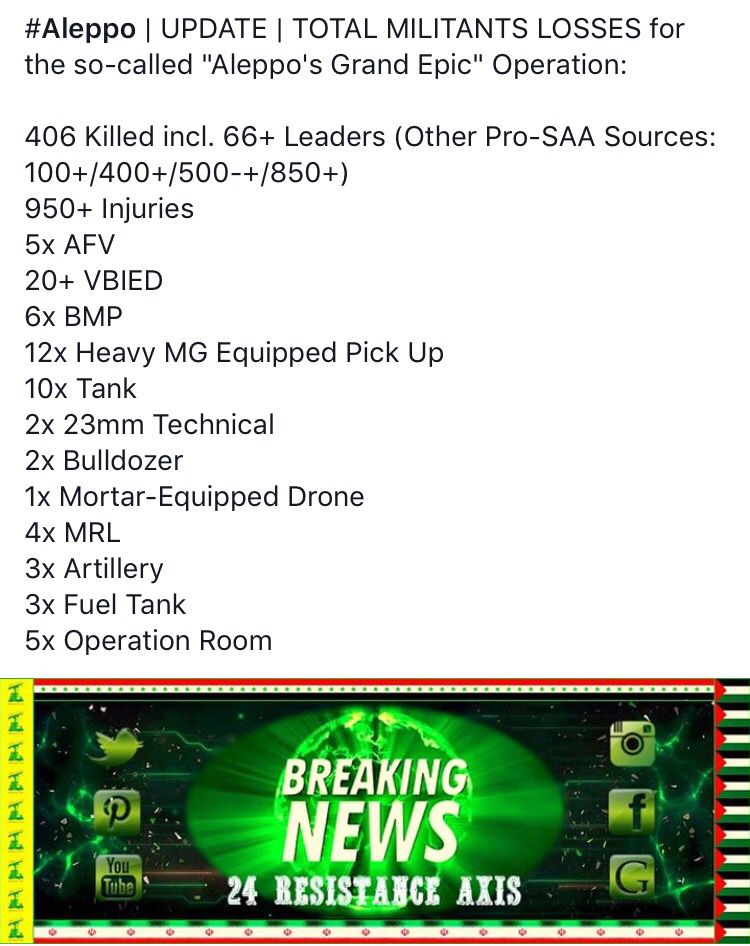 In principle, not bad threshed – a week of fighting in the West quite costly for the rebels.

Regarding the discrepancies in the comments http://colonelcassad.livejournal.com/3044194.html on the subject of whether a Russian helicopter at Palmyra undermined our military or killed by militants.

The video below clearly shows that the helicopter was struck from ATGM, at that rescue helicopter Mi-8 scatters around the affected machines flares for protection against repeated attacks.

It is also worth noting one more thing have read, they say there was a contractual clause, where the militants treacherously struck. Even if the card has opened, there is no “green” in the area of Palmyra is only the Caliphate, which the SAA and the Russian Federation of Affairs does not conduct, and no truce with him and there was no – bombed, and bombed – some people still continue to confuse “green” and “black,” although for a couple of years of the war it is time to figure it out. Fighting to the North of the airfield Ties and oil field al-Shaer and in the direction of Tadmor go with may 2016.

Including posts that the car was destroyed to the South of the village of Kuwaitis, the episode occurred approximately in the area on the line of contact of the SAA and of the Caliphate to the North of the airbase Ties.

In this case, there was the usual unfortunate accident – the helicopter for technical reasons, was forced to land near the front line (hence the presence in the area of the accident armored cars “Tiger” and “Shot” – the territory of the villages where Mi-35 was either on the territory controlled by the SAA, or “neutral”, which can rapidly advance the Russian military operating in the area of Palmyra) and during the operation for removal of the crew came under fire from militants of the Caliphate, which turned out to be an ATGM, and a favorable condition for the defeat of lightly armored static target. Just unlucky.

PS. Very funny to see how the Ukrainian response to cheer for their colleagues from ISIS, savoring even the small successes as if they were their own.