Never such was and here again.

In Afghanistan, the Taliban destroyed a convoy of Afghan security forces. Several armored vehicles were destroyed and several taken in the form of trophies. They also nearly killed the notorious General Dostum. 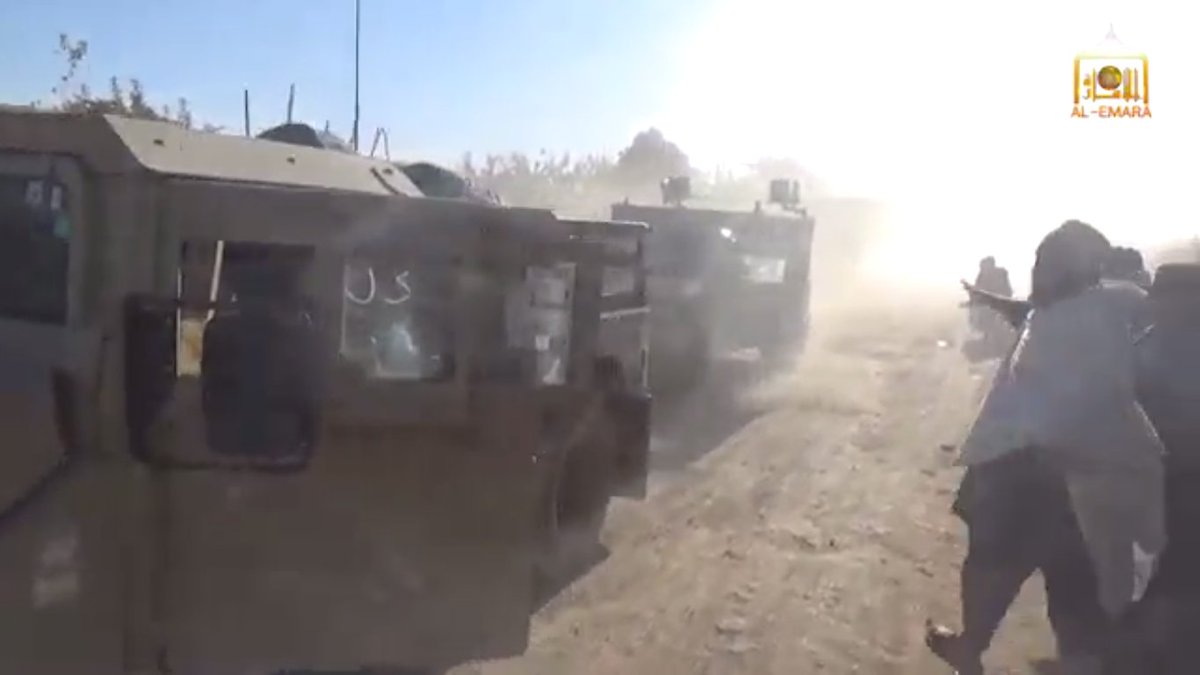 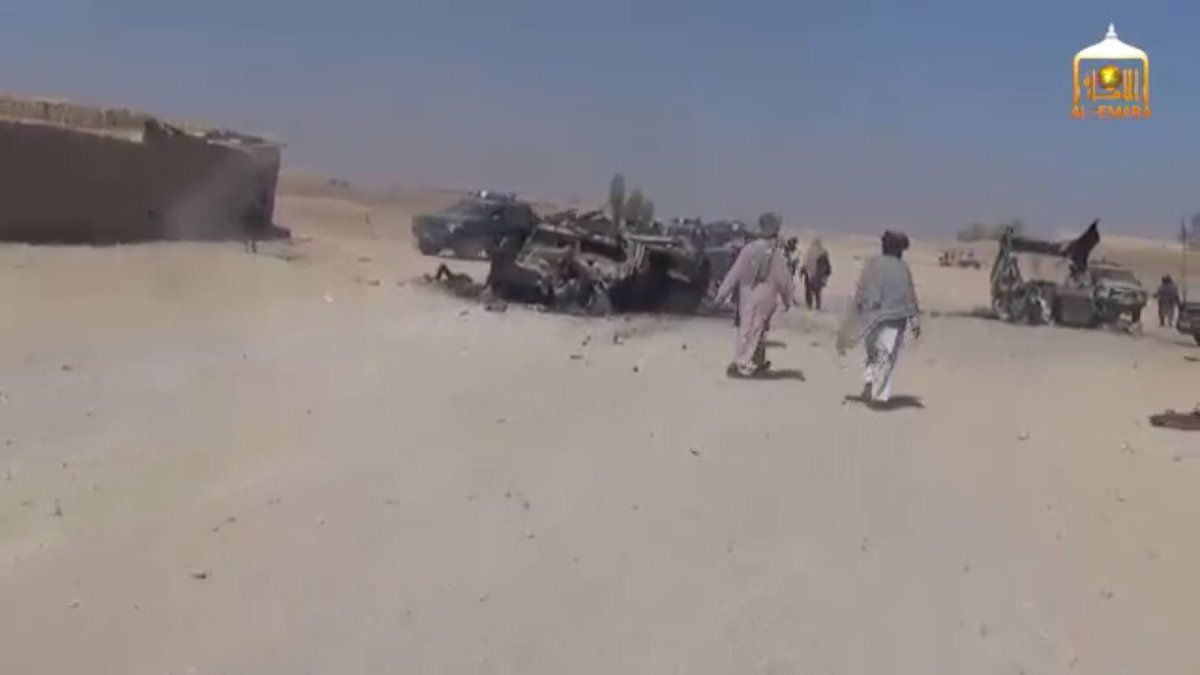 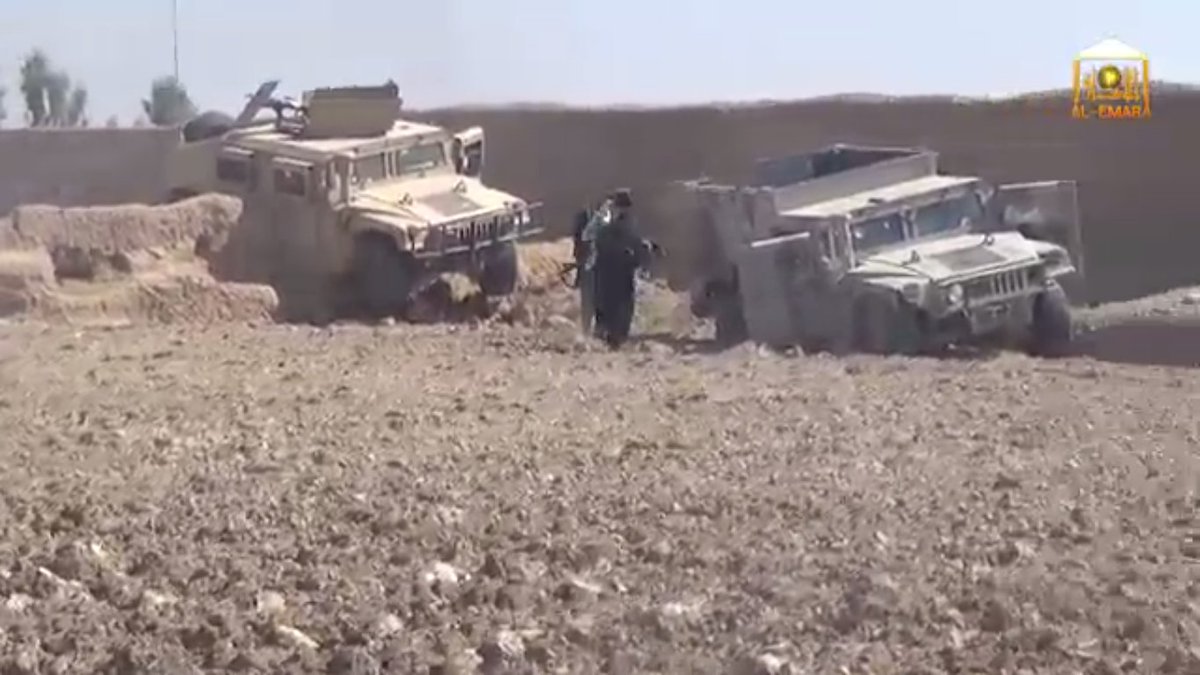 The recent attacks by Taliban in the Northern Afghan province of Faryab has been affected, first Vice President General Abdul Rashid Dostum.

About the wounding of a senior statesman on the eve of the press to sources close to the General. Later this information was confirmed by chief Executive Abdullah Abdullah.
For two days the Vice-President participated in the leadership antitaliban operations in the province, when late on Saturday evening in the County Kaysar militant attacks have been a convoy of cars, one of which made the trip Dostum. During armed conflict the General was wounded. Subsequently, Abdullah Abdullah said that the wound received by the first Vice-President, is not heavy, and expressed hope for a speedy recovery of the General, reports the Afghan TV channel “1TV”.

It is worth noting that on the same day, in another Taliban attack in the district of Gormach killed 17 members of the operation sweep, which were both law enforcement officers and representatives personal protection Dostum. 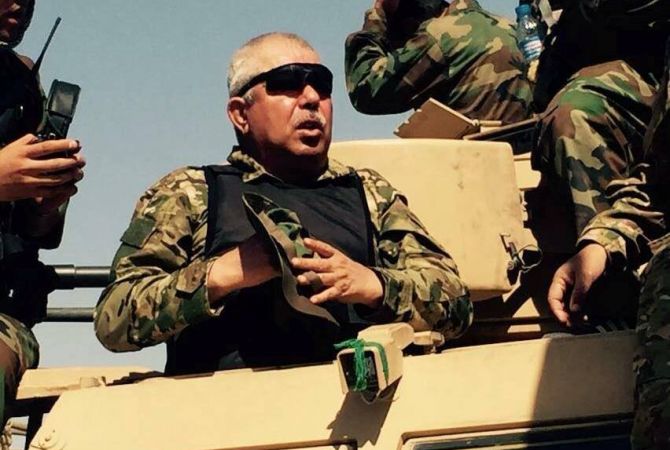 First Vice President of Afghanistan, General Abdul Rashid Dostum were injured in result of Taliban attack in the town of Kaiser the Northern province of Faryab. As announced on 17 October at the meeting of the Council of Ministers the Prime Minister of Afghanistan, Abdullah Abdullah, Dostum’s convoy was ambushed by Taliban fighters, at the scene of the attack were killed four people, including two bodyguards of a General. Dostum himself was slightly injured, reports “Ozodi” (Tajik service of Radio Liberty), with reference to Afghan TV channel 1ТВ.
According to the representative of police of Faryab province, in the ambush, which ran the column of General Dostum, were also injured more than 70 militants. Were also destroyed two armored cars, which are earlier, the militants seized from the security forces of Afghanistan. A few days before that Dostum sent in Faryab controlled force to the Stripping of some areas from the Taliban. As stated by Dostum on 15 October, after the arrival of his forces in the Faryab province liberated 20 villages, the Taliban were driven from them for 20 kilometers. Spot cleaning area is ongoing.A week ago, during the battle for Kunduz Abdul Rashid Dostum also announced that takes the lead in a major operation to clean up this city from the Taliban.
For the life Dostum survived a number of assassination attempts. The latter occurred in the same Variabe in August 2015. Then, during a firefight killed 8 Taliban, 13 insurgents captured. The General Dostum was not injured.
Meanwhile, the Afghan Ministry of defence is concerned about the increasing incidence of capture of Taliban military equipment, said on the eve of the official representative of the Minister Davlat Vaziri.Over the past few weeks, many provinces, including Kunduz, Helmand and Farah, was subjected to massive attacks of the militants. From areas of military action has repeatedly been reported about the hijacking of official vehicles and tanks after the capture control points. In particular, according to the authorities of Kunduz, province, the Taliban took 45 military armored vehicles, reports the Afghanistan.ru. “Military equipment, including [the cars] Humvee was captured by the Taliban, when some of the checkpoints were subjected to raids by militants”– said Vaziri. Ministry of defense Afghanistan is developing plans for the return of captured fighters machines.