Shortly about some of the highlights of the military-political situation taking shape around Syria.

1. The state Department has accused Russia and Syria that they want “by military means to capture Aleppo”. Very valuable observation, given the fact that the road is a’zaz-Aleppo was cut in early 2016, and the route Castello severed in July. Goals related to the capture of Aleppo is long and obvious.The reason the current accusations against Russia and Assad lies in the fact that in the summer of 2016, the year the possibility of establishing Assad’s complete control over Aleppo were quite speculative, and the US had great hopes that the advance of the fighters through Ramosaj succeed, now, the threat of the defeat of the militants in Aleppo has acquired real. The balance of power began to tip in favor of Assad, and the West see it, fearing that the military successes of the SAA and its allies, can make it impossible to achieve the goals that were set in Syria since the beginning of the “Arab spring”. The intensity of the anti-Syrian and Russophobic hysteria follows logically from the recent successes of the Syrian army and we can confidently say that the more there are, the fiercer will be watered Syria, Russia and Iran. At the same time, the state Department despite the harsh rhetoric. offers to resume negotiations, after the “Moscow will demonstrate a serious attitude to its obligations” (read: stop the assault on Aleppo). Here we see a classic on the topic of carrot and stick – one side the threat of war, on the other hand, a willingness to negotiate after concessions.The purpose of all this information and diplomatic campaign is simple – to save the rebels in Aleppo and force concessions on Syria.

2. The head of “Hezbollah” Hassan Nasrallah directly accused the U.S. of aiding and abetting the Caliphate, stating that the United States benefit from the current situation in raqqa and Deir-ez-Zor. Along the way, Nasrallah has once again pointed out that the US attack on the positions of the CAA under the Deir ez-Zor is no accident, but an attempt to indirectly help the Caliphate with the seizure of the airbase of Deir ez-Zor. Consequently, Nasrallah said that in the short term there any chance for a diplomatic solution to the Syrian conflict and the situation will only be exacerbated.

USA against this background, it is reasonable to continue to conceal their attack on the SAA, pedaling the theme “humanitarian convoy” at Aleppo and the problems of Russian air strikes videoconferencing and the Syrian air force on the positions of the militants in Aleppo. This language is intended to camouflage revealed the US role in the manipulation of terrorist organizations to achieve political goals in Syria.

3. In addition to those already placed in Syria of air defense systems, now considering the question of additional supply of systems “Pantsir S1” and various radar equipment that should expand the possibilities of defense and the SAA strategic objects in case of a real threat of air strikes by the US and NATO countries. “Shells” are among those machines that 2-3 years ago was supposed to be delivered to Syria, but was never delivered due to financial problems with the implementation of the contract.As they say in our media, can be accepted the decision on transfer complexes with no requirements on the implementation of financial obligations. Like many other supplies this kind of, it’s all long-term investments in Syria, you want to protect, as in the case of the overthrow of Assad or defeat the Syrian army in the war, all spent financial, material and human resources will go to pieces. So, Assad has no support will be some “Shells” this support obviously will not be limited.

4. Regarding the statements from the Russian foreign Ministry’s readiness to negotiate with the “opposition”, there is a clear attempt to preserve the benefits of situational transaction with US without the presence of the transaction. Negotiations with separate groups of fighters about the truce, allow you to keep some parts of the front in the frozen state and use the limited energy more effectively where the fronts are warmed-up.Fighters however this tactic and understand their political leadership denies the existence of any significant prospects for a Syrian settlement at the moment (as a situational transactions of the US and Russia, and within the extended dialogue in the spirit of the Vienna and Geneva processes). That however does not preclude the presence of separate contacts to individual groups solve their particular issues.That is why it is still in the South, the intensity of the fighting is much weaker than in the center or in the North, because at several sites the parties retain the status quo and avoid sudden movements. Assad and Russia, this situation is beneficial, but the curators of the militants is not very, so there have been and are attempts to revive some of the Syrian war (in Deraa, near the border with Israel) to force Syria, Iran and Russia to spray their forces on many fronts and to weaken the concentration of their efforts in key areas.Russia in this case trying to play in advance and leaves for militants open door in the spirit of the Amnesty offered by Assad to those who surrender weapons. The main problem here is the weak subjectivity of the majority of militant groups firmly seated on external funding, or following in the footsteps of radical political Islam, which the world in Asad and his allies is unacceptable for ideological reasons.

5. Regarding the threat of war over Syria, I believe that at the moment it still lies more in the information and diplomatic plane than in the military. Under the current White House administration, one can hardly expect such a risky adventure with unpredictable consequences. Rather it is an attempt to influence the position of Russia and its allies in the Syrian war through diplomacy and propaganda, as well as through various provocations (including of a military nature). All this is included in traditional tools the outgoing administration, and it would be strange, if, before his departure, he began to act as has been demanded by Republican hawks for years. This Toolkit will be subjected to serious revision later, when there is a change of White House administration, which in some scenarios and can dramatically increase the probability of a military scenario in Syria involving the US armed forces and NATO countries. So the threat of escalation of the Syrian war seems unlikely, but while Syria, Iran and Russia retains a certain time window, to improve their positions in the Syrian war, based on which they will oppose the changing Syrian policy of the US and its satellites. 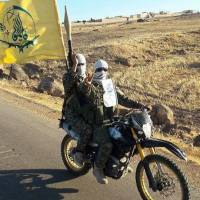 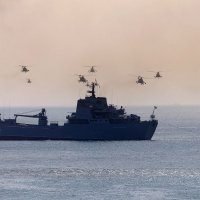 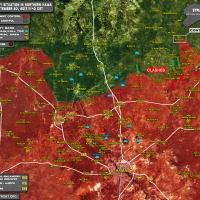 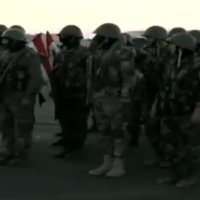