The offensive in Hama

As a result of yesterday’s http://colonelcassad.livejournal.com/2998592.html. SAA looked at the whole thing and counterattacked to the North-East of Hama, pushing the militants of the “Jund al-Aqsa” out of a large piece of territory from which the militants fought the army in recent days.

Along the way, the Russian Air force bombed the warehouses and the camps of militants around Idlib, where the still ongoing collision between the “Jund al-Aqsa” and “Ahrar al-sham”. To the rescue of “Ahrar al-sham” of Latakia and from the front near Aleppo fighters of the various factions sent help. 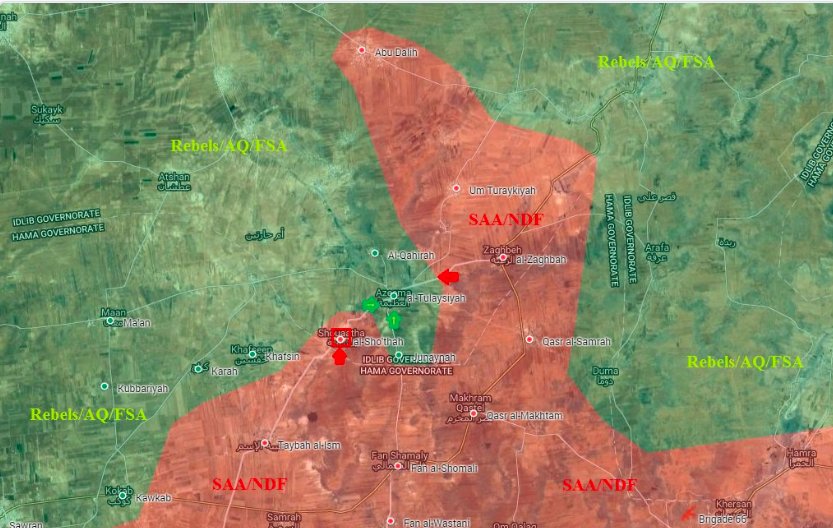 On the morning of the 8 October the counterattack of the SAA continued. The army is trying to restore the losses of September, and partly it has, although we cannot say that the militants did not resist.

In principle, the showdown in the camp of the militants of course ease the situation of Syrians and that of course should be used, while it’s there.