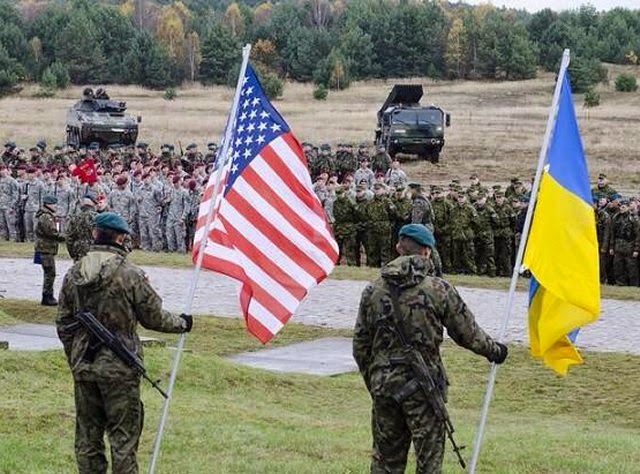 The U.S. Congress approved the delivery of weapons to Ukraine

The house of representatives of the United States Congress unanimously voted for the law “On support of stability and democracy in Ukraine”, under which Washington will be able to officially supply to Ukraine lethal weapons. On Thursday said the Ukrainian Embassy in the United States. The U.S. Congress unanimously approved the supply of lethal weapons to Ukraine “In the list of statutory coordinated with allies and partners of the United States support tools included Ukraine lethal defensive weapons,” – said at the Embassy.Also the document prohibits Washington’s recognition of the fact that the reunification of the Crimea with the Russian Federation and commits to maintain the sanctions regime against Moscow to complete her fulfillment of the Minsk agreements. Ukrainian authorities have repeatedly appealed to Western countries with a request to increase the supply of arms, including lethal. Recently Deputy chief of the General staff armed forces of Ukraine Igor Romanenko resentfully reproached the West that Kiev has allocated only $ 600 million, while Afghanistan, the United States and Europe have given $ 15 billion. Earlier, Washington at the official level was supplied to Ukraine clothing and protection, and sent instructors to teach Mat. However, Republic of Donbass repeatedly reported that the Ukrainian military used anti-tank systems and drones set by the United States.

PS. Not that it was something of a surprise (well, except for those who really believed in the mantra that “the United States will go to Ukraine”). The following year the United States to increase the budget for their military programs in Eastern Europe directed against Russia. Growth will be almost four times and he will discuss the deployment of additional contingents of troops, the creation of the material reserves, training local indigenous forces, support the deployment of troops of other NATO countries, the strengthening of centres of reference information and psychological and cyber warfare are deployed on the territory of Eastern Europe, continued legal supply of non-lethal weapons and ammunition. A decision on lethal weapons designed to legalize arms supplies to Ukraine, which were from Eastern Europe and private military campaigns. Accordingly, the supply of weapons to Ukraine must be included in these targeted programs for Eastern Europe.

Of course, it’s not all at once. In addition to Congress, a document on the provision of lethal military assistance to Ukraine must be agreed in the Senate (however, given the composition of the Senate defense Committee and a strong position of the hawks in the Senate), the document is likely to be adopted there. Then the question arises whether the sign of its Obama, since he had opposed the legal supply of weapons to Ukraine. Maybe he will delay the matter and refuse to sign this zakonoproekt, then he most likely will be slightly delayed and signed the next President of the United States.In any case, within 6-8 months he should come into force, although the delay in its adoption may create a problem when mapping points of the document with the defense budget for 2017 year.

Will it be delivery of new weapons? Probably not. As the war in Iraq and Syria, the US is extremely reluctant to give the native armies and formations of the modern weapons and prefers to drain into the conflict zone weapons of the 70-90s from its vast stockpiles. New weapons are very rare and usually are in service with American units operating in the combat formations of the Iraqi army or the Kurdish militia. The rare “Javelin” in the hands of the Kurds, rather confirm the General rule, the more that the sad experience of the Iraqi army, the Syrian Free Army and the New Syrian Army shows how easily American weapons could fall into the hands of the Caliphate or al-Qaida.

Of course, this decision means a further escalation of the Cold war between the US and Russia, but it seemed inevitable. The background to this decision was the hysteria of the state Department about the Aleppo convoy (associated with stony silence about the air support of the Caliphate in Deir ez-Zor), the rejection of Russia’s proposal to turn the transponders when flying over the Baltic sea http://www.rbc.ru/politics/21/09/2016/57e235ed9a79474f872353d5?from=newsfeed , the reluctance of General Dunford to carry out the exchange of intelligence between the Pentagon and Russian defense Ministry https://www.gazeta.ru/army/news/9139991.shtml . Well, the crown of this war hysteria was the requirement to cease operations HQs of the Russian Federation and the Syrian air force, which of course was rejected http://www.vz.ru/news/2016/9/22/834022.html . Persistent rumors that under the Deir ez-Zor in addition to Syrians, the Americans bombed several Russian military advisers in the last couple of days has been supplemented by the rumors that retaliation to the West of Aleppo was destroyed several Israeli and NATO officers advising the rebels. Such rumors, regardless of their truth, amply illustrate the degree of degradation in U.S.-Russian relations. Russia, in turn, threatens U.S. systematic air strikes on fighters of “Ahrar al-sham and Jaish al-Islam”, not to mention the serious fights in the South-West of Aleppo and in the Northern province of Hama with a small advances in favor of the SAA.

Thus, after the actual failure of the deal # 2, we are seeing a military escalation to diplomatic relations with the US and Russia. Rather, it will evolve in the medium-intensive way, as the approaching U.S. presidential election is unlikely to coerce the White house and the Pentagon to questionable ventures that may have domestic political consequences. So I would nyneshnem American plans still would have reacted to the first half of 2017, when States will decide on the structure of their political-military power and be able to have without regard to electoral processes, to deal with the intensification of foreign policy in those areas that are inundated Obama.

Up to this point, will continue to attempt to poke a stick at the corpse of the Minsk agreements, mainly at the initiative of the Europe that is afraid of the consequences of expansion of us-Russian conflict. Attempt to dissolve the army on 3 sites in LC and the announced exchange “all for all” should show that these agreements, in practice it is possible to realize at least something. However, the ceasefire is unlikely to happen, as the high – side this year, finally accumulated domestic prisoners and we can talk about that a little less than 2 years, at least one item of the Minsk agreements will be fulfilled.In other respects, the requirements to pass the border and the junta to give the Crimea (and we think about to lift sanctions) are unlikely to be implemented, as is already quite obvious that Russia is preparing not to surrender to the United States, and to serious and long-term conflict, where the stakes to strengthen the armed forces and the active operation in Syria is quite clear.

In General, nothing unusual happens. The point of bifurcation, the parties were for a long time and now is the phase of resource accumulation for future actions of the military-political nature. Ukraine in these circumstances is an important tool of anti-Russian policy and this tool (of course with an eye on the upcoming events, not for the sake of the Ukrainians) will be strengthened dosed allocations of material and financial resources that will be necessary for Ukraine to maintain relative political stability, and maintain the combat capability of the armed forces at a satisfactory level. To feed in these conditions, the illusion that the US refuses to support Ukraine – in my opinion borders on total political infantilism.