The return of the MGB?

In Russia will be created the Ministry of state security of the FSB, FSO and SVR

Before the presidential elections 2018 in Russia planned to create the Ministry of state security (MGB), writes “Kommersant” citing its sources. New superbeast will be created on the basis of the FSB, which in fact return the function of the KGB. Its membership will include the foreign intelligence Service and the majority of the units of the Federal security service. In this case, the FSO will remain in the form of presidential security and get control of special communication and transport services senior officials.MGB will also provide its own security agencies all law enforcement and security agencies.

The new Ministry will not only accompany and ensure the investigation of criminal cases, which they excite materials of the TFR and the interior Ministry, but also to carry out procedural oversight. Involved in this is still the main Directorate of procedural control of the TFR is now virtually eliminated. “Earlier we (the FSB) carried out the only support of the investigations, now we have the task to monitor their progress from the moment of excitation of criminal cases before the court,” explains an informed source in the FSB.Also, the security officers will also test how effectively the investigator used his official information.

Investigation Department of the MGB will receive the status of a Central Board and will be able to take in the production of the most resonant criminal cases, which are now under the criminal procedure code are the TFR and the interior Ministry, as well as business corrupion orientation. The sources claim that the new scheme has already driven around. So, the criminal case against the thief in law Zachariah kalashova (Shakro Young) and his companions, brought the FSB, although the relevant article 210 of the criminal code does not apply to its jurisdiction.

The investigative Committee of Russia can become a unit of the Prosecutor’s office, where he was allocated five years ago. Expected departure from Executive positions with the Creator of the TFR Alexander Bastrykin. Him, according to the interlocutor of the edition, “was given to understand that in the new structure, he can only rely on honorable, but lacking managerial authority position.”

From 1 January 2017 to the office of the Prosecutor General’s office will become the chief military Prosecutor of Russia. This act was passed in the 2014 Military investigation and oversight will no longer be funded from the budgets of the defense Ministry, interior Ministry and FSB.

In several offices I confirm the discussion of the variant in which the MOE will cease to exist. Its services, including civil defense forces, rescue and emergency units, in part to reinforce the Ministry of defense and legally depart to MIA. The new Duma will have to make and improve a number of bills triggering reform. The state and the financiers will have to find tens of billions of rubles in compensation to employees who do not want to serve in the new structures.

PS. Looks like a perfectly realistic scenario of consolidation the main structure of the GB, which, when joining new services and features, will begin on the structure to resemble the same “super-departments” existed in the USSR (NKVD-MGB-KGB), in whose hands was concentrated a huge amount of features. Consequently, reduced number of specialized agencies, which are produced from the 90s in the fight against the “monster of the KGB” who was subjected to multiple raskreplenija and reforms.In the case of implementation of such proposals, the outcome will be that in 25 years of freedom and democracy came to the same point where we started – the superstructure of the MGB (with optional name) with wide sets of functions and powers, which opportunity is approaching late Soviet KGB, which is probably not surprising considering how many people from the late Soviet KGB (including the first person) holds positions in the ruling hierarchy. Recreated similar forms, with different content.The motives of such reforms are also quite traced the deterioration of the socio – economic situation in the country will require a strengthening of internal control, and the escalation of the conflict with the USA and the wars in which Russia is involved and will participate, will require optimization of power tools under the current goals and objectives, where the old bag of various intelligence agencies, often mired in infighting, acted efficiently enough.

Of course, can still repeatedly beat and reform might look slightly different, but that the role of power structures will intensify and there will be a concentration of functions in the hands of some services at the expense of others, this particular no doubt. 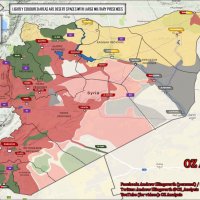