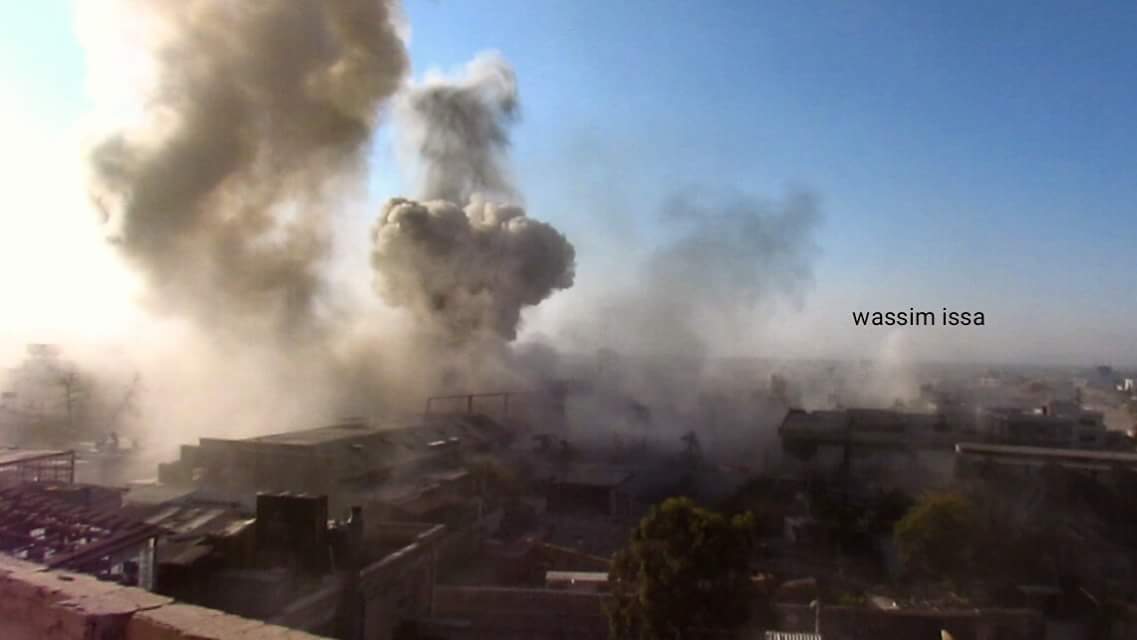 The situation with the Russian-American deal on truce in Syria is beginning to acquire all the characteristics of a farce.

1. The United States officially refused to disclose the content of the agreements with Russia even for the members of the security Council, the United Nations, arguing that disclosure of the details of the deal may cause problems for its implementation. Russia, in turn, insists on the contrary https://lenta.ru/news/2016/09/17/syrua_putin/that the contents of the transaction must be disclosed to make progress in its execution. All this confirms once again that the “closed part” of the transaction, about which already there are leaks http://colonelcassad.livejournal.com/2960000.html is a serious political problem for the Obama administration and the state Department. Russia is now openly exposes US guilty in the failure of the truce and the concealment of the real agreements that put US in an awkward position. USA for this reason demonstrate enviable shyness in disclosing the real terms of the deal with Russia as for other countries and for its own population.

2. Simultaneously, Russia will diagnose that in practice, States his side of the bargain do not perform the part groups associated with “Al-Nusra” did not stop the fire that led to the continuation of the fighting at Aleppo, to the North of HOMS, Northern Hama (yesterday there was a downed Russian UAV “Orlan-10”), in the suburbs of Damascus, and the SAA has engaged and aircraft, citing the fact that the open part of the deal Russia and the United States spelled out the items for “self-defense”.Using the strategic situation at Aleppo, the Russian Federation has organized a monitoring of the situation with drones and Webcams in order to demonstrate that this is the United States and mentees walk away from a deal. USA in response to this responsible duty propaganda, to blame Assad and Russia needs to put pressure on it.

3. The US in fact trying to translate the arrows on Russia, requiring her 7-day truce https://russian.rt.com/article/321285-obama-zhdyot-snizheniya-nasiliya-v-sirii-chtoby after which they might agree to implement paragraph about the joint center for the coordination of strikes against terrorist groups. In practice, this is a banal attempt to cover up the impossibility of separating “Al-Nusra” with the radical jihadist groups that the West has declared “moderate”. The same “Ahrar al-sham,” as coordinated with “Al-Nusra”, and continues. The bombing “Al-Nusra”, which are set out in the closed part of the deal with Russia, will lead to the fact that the United States will be forced to bomb their own sponsored, and those they want to sit at the negotiating table with Assad.Action of this kind will lead to further radicalization of the opposition, which has long glances in the direction of “al-Qaeda”, especially after the US switched supply militants in Northern Syria with the FSA on the Kurds.

4. Yesterday’s episode in al Rai https://news.rambler.ru/middleeast/34746363-predstavitel-pentagona-ne zametil-napadeniy-oppozitsii-na-spetsnaz-ssha-v-sirii/ where the FSA militants shouting “Allahu Akbar” chased out of town by American special forces looks in this respect very in two ways. On the one hand, it can be posing for media pictures, in order to show that the United States move away from the radical elements, on the other hand, it can be a manifestation of a growing discontent on the part of groups focused on Turkey and fighting with the Kurds, whom the US supports. In Northern Syria for the United States on two fronts is becoming increasingly difficult, given the fact that their old team from the FSA are fighting with their new team of SDF/YPG.In these circumstances, the bombing of “al-Nusra” and related groups can seriously undermine the US position in this environment and most likely this explains the reluctance of States to disclose commitments relating to the bombing of “unrestrained opposition”. The cries about “Crusaders who want to occupy Syria” and similar jihadist promises, quite clearly reflect the level of the actor with which the US and Turkey have to work here.

5. In conditions when part of groups (including those listed as “moderate”) are not willing to cease fire and continue fighting to ensure 7 days of truce almost impossible task, because there is where the situation is controlled by US, there really is a fire can be stopped, but the problem is that U.S. control is not all the wards + extremely infrequently can affect the course of conflict in Turkey and the FSA with the Kurds. So concluded U.S.-Russia deal frankly bursting at the seams due to the fact that the United States can’t meet its obligations.Russia without a doubt use this in their propaganda, pointing out that SAA took 1 km from highway Castello and controlling the way the Russian military is ready to start the controlled passage of humanitarian goods into the city, as well as showing a picture – “look, we do not shoot, they shoot”. In fact, all of this can be used when the time comes for someone to blame the failure of the transaction No. 2.

6. The remaining duration of the truce is likely to be used by the parties to prepare for the resumption of high-intensity combat operations. Fighters obviously will be preparing for new attacks on the outer ring of the encirclement of Aleppo (possibly transferring the main blow of Ramouse on the West farm Mall, the route Castello and the quarter of the Bani Zeid). Also likely there will be attempts to build on the success in Northern Hama and threaten the road of Aleppo-Khanasser. May be activated a CIA project with the “New Syrian Army” in the southern regions of the country with the support of Britain and Jordan. SAA, in turn, are already preparing for a counter-offensive in the Northern province of Hama to return in August territory, various sources record the transfer of major contingents of infantry, armor and artillery), and can intensify the fighting in Northern Latakia and around Aleppo (for example in the direction of Khan-Fog, Kafr Name and Haritna). Itself unable to continue operations in Eastern ghouta and around Rustavskogo of the boiler.All at once forces is not likely to be enough (don’t forget about the necessity to conduct combat operations in the area of Palmyra and Deir-ez-Zor against the Caliphate), so that the command of the SAA and its allies will have to develop priority targets for offensive action after the ceasefire.Appears to be the most effective from the point of view of long-term prospects would have been operations in Northern Latakia with access to the border province of Idlib and the expansion of the zone of control around Aleppo, to deprive the fighters of even a hypothetical possibility to break through the front, as they did with the August offensive.

7. The situation North of Aleppo is a medium term problem. Turkey, the FSA, the US and the Kurds there now frankly not up to Aleppo, the parties are engaged in more mundane matters related to those who first come to al-Bab and captured the largest of the remaining outposts of the Caliphate in Northern Syria. Blitzkrieg there is already obviously failed, moving away from the boundaries of the Caliphate began to offer more stubborn resistance and the loss of the Turks, the FSA, and the Kurds immediately increased.While the fight with the Caliphate is complicated by the fact that Turkey and the FSA are fighting with the Kurds, which leads to the dissipation of forces that are acting in concert, could be a long time to get rid of “black” from Northern Syria. Yet Turkey continues to accumulate troops in the border areas, and in addition to al-Rai and the Dzharablus, Turkish tanks now introduced in the district a’zaz-Mare, to prevent Kurdish activity on the part of the Canton of Afrin. Turkish group with militants now totals about 8-9 thousand people at 320-340 units of various armored vehicles (tanks, APCS, armored cars).

8. As conclusive essence of the closed part of the agreement of Russia and Turkey associated with the operations of the Turks in Northern Syria, sometimes in the information space thrown the “Turkish cast on Aleppo”. In fact, this question may become relevant only in the case that the Turks and the FSA will take al-Bab (and given the experience of fighting in Manbij and Fallujah, hardly promises the imminent release of the city) and be able to move to the South, coming to the main line of defence SAA North and North-East of Aleppo, which was focused against the Caliphate.It is highly doubtful that Erdogan will go to new kidok Russia and Iran, and will throw its forces on Aleppo, as it would immediately lead to an increase of casualties among their own soldiers and controlled by militants, there is no direct guarantee of military success this adventure. It seems that Turkey will be more concerned to take more territory North of Aleppo and its transfer under control of the FSA associated with the marginalization of the Kurds. A fuss of the Turks with the Kurds is quite satisfied with Russia, and Iran and Syria.The recent visit of the head of the General staff of the Russian Federation Gerasimov in Turkey was probably associated with the harmonization of plans of the parties in the region of Aleppo, which is formally called Turkey’s actions “illegal”, but in practice, causes no real countermeasures by Russia, Iran and Syria. Russian diplomacy on this issue notes that Erdogan has begun to take against Assad’s more pragmatic stance, which indicates some progress in private consultations between Ankara and Damascus through military intelligence.

In General, as the first peace so the second because it is the expected to be partial and it is already clear that it will not be able to ensure a stable peace in Syria. The main issues are how much it can lend, who will be put to blame for his failure and what actions the parties will take after the collapse. 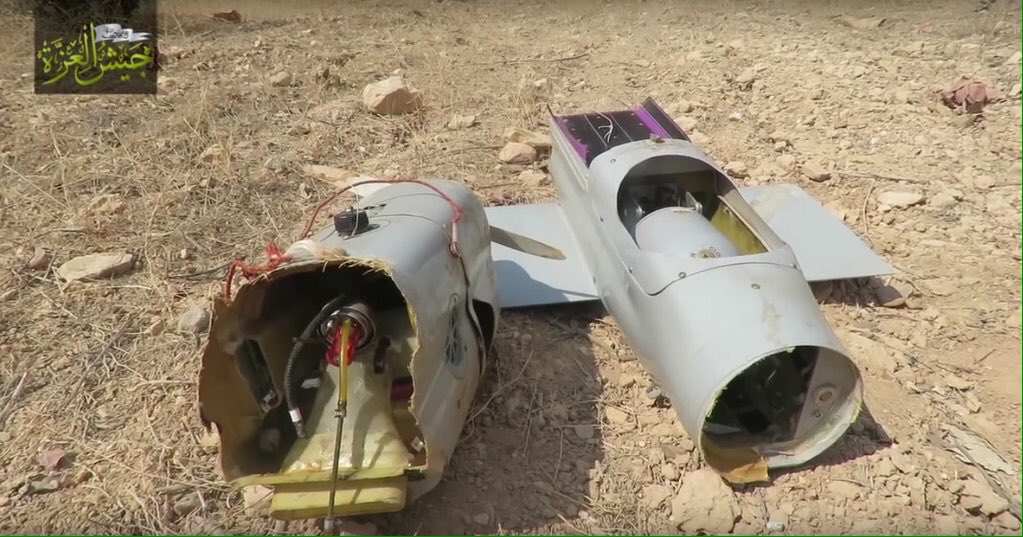 UAV “Orlan-10” downed in the Northern province of Hama. 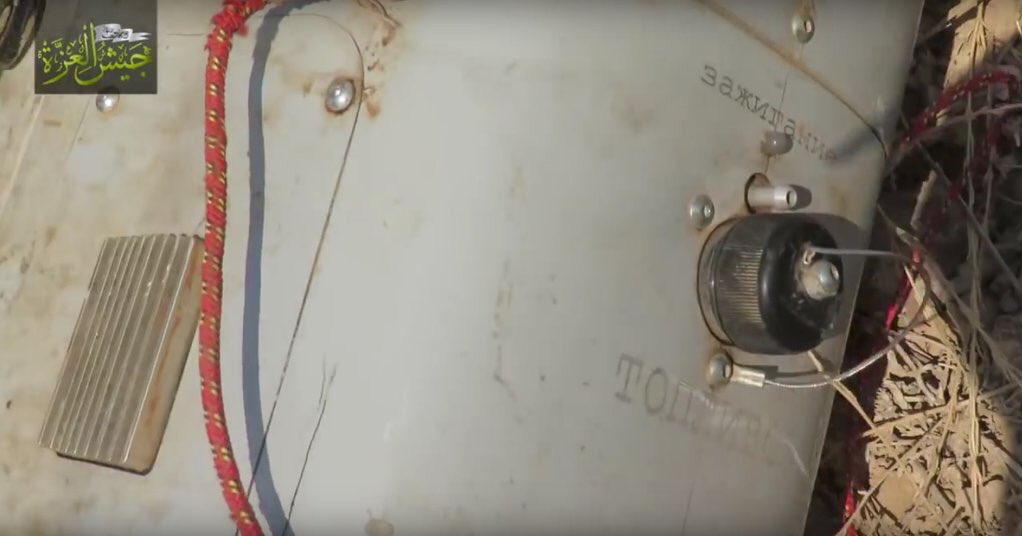 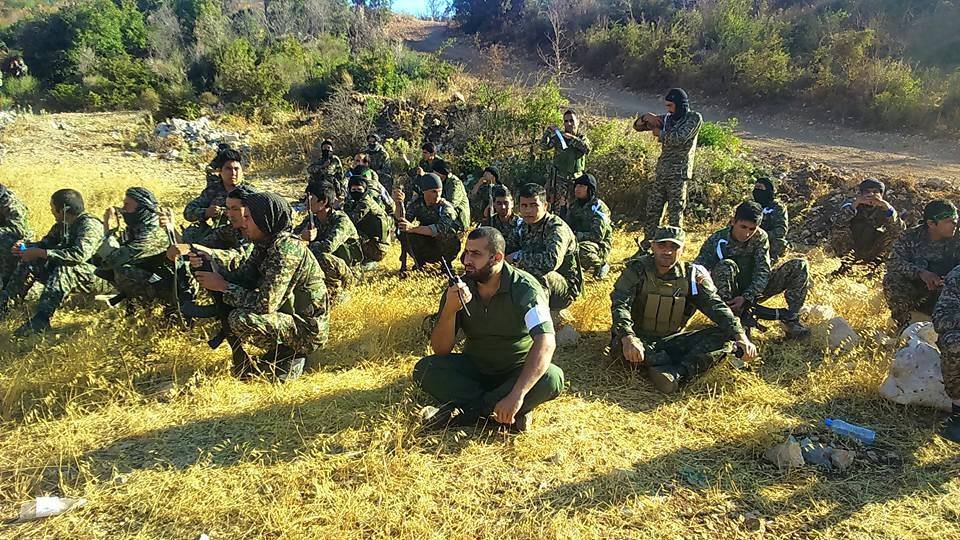 In the mountainous Latakia. Afghan Shiites. 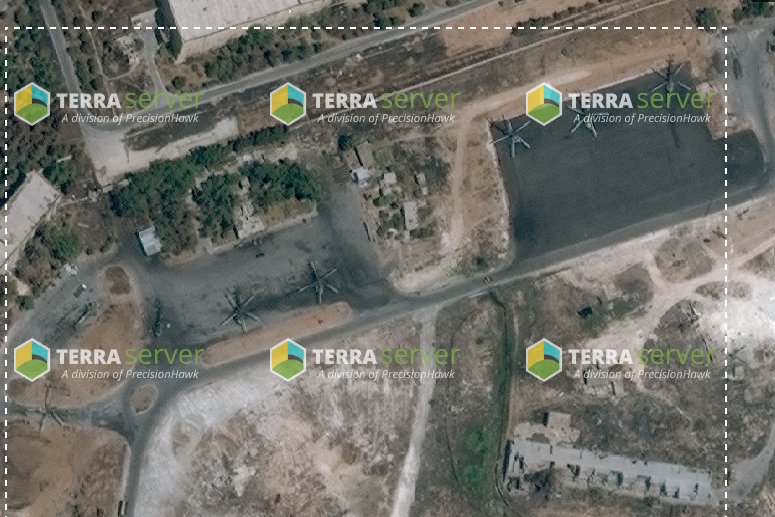 Al Safira East of Aleppo. August 2016. On the satellite image of the Russian and Syrian helicopters. 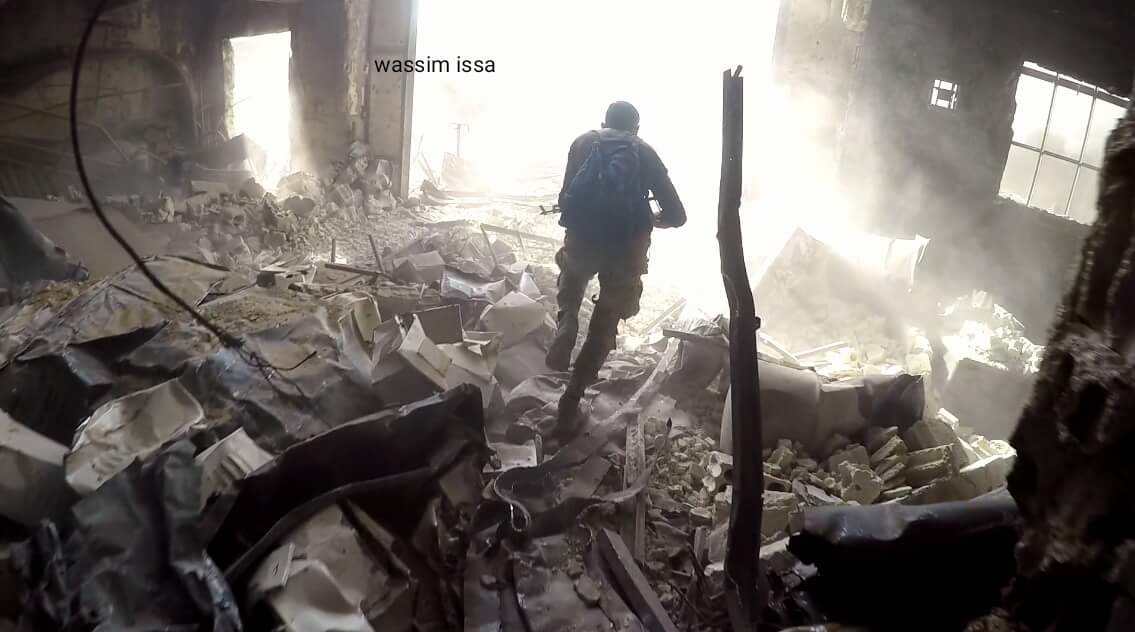 The commander of a tank battalion SAA killed in Jobar. 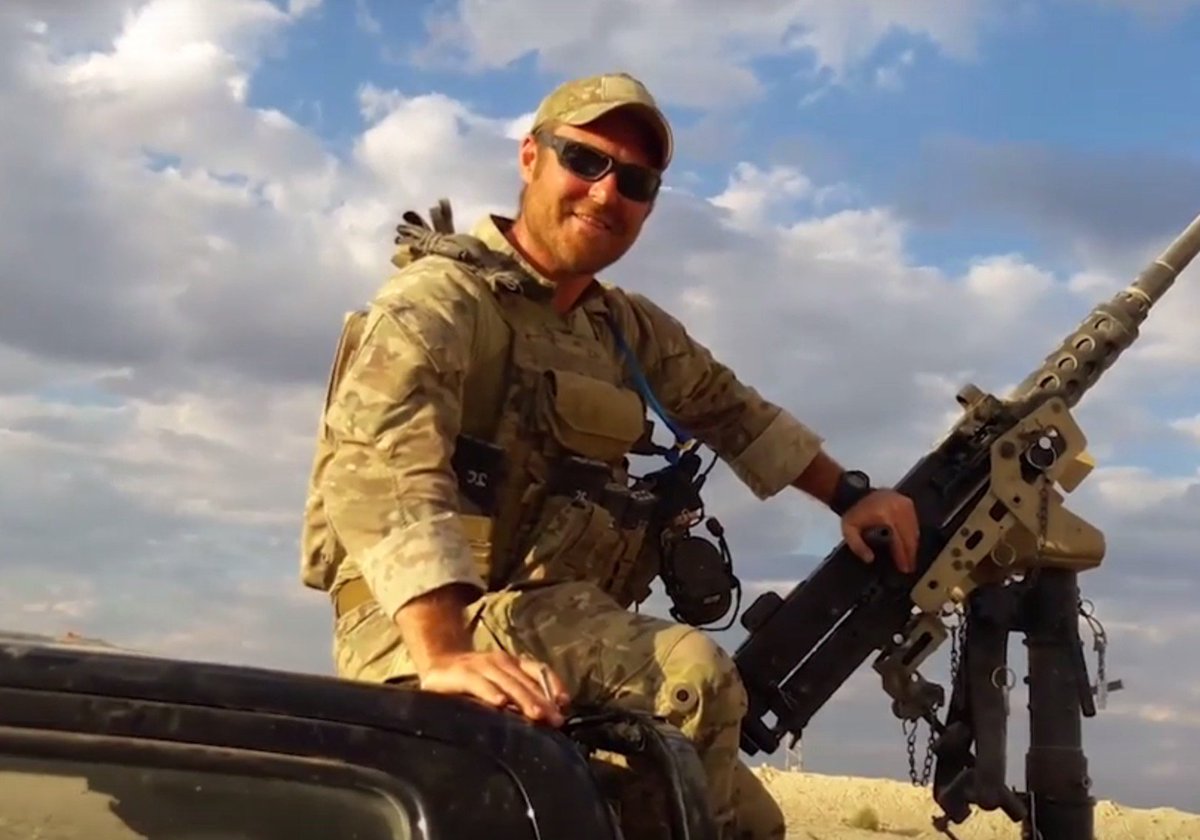 American soldier in the al-Rai. 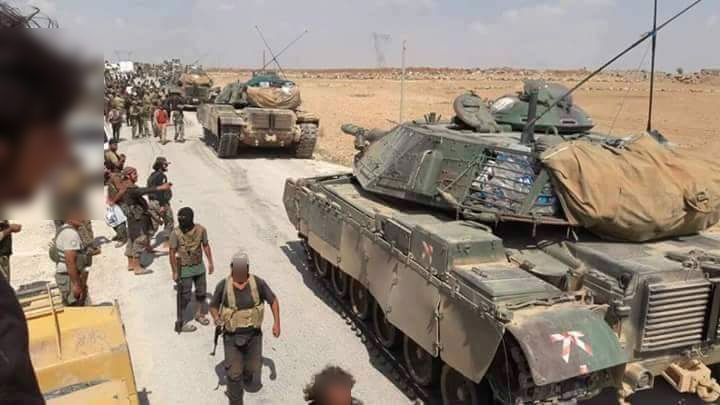 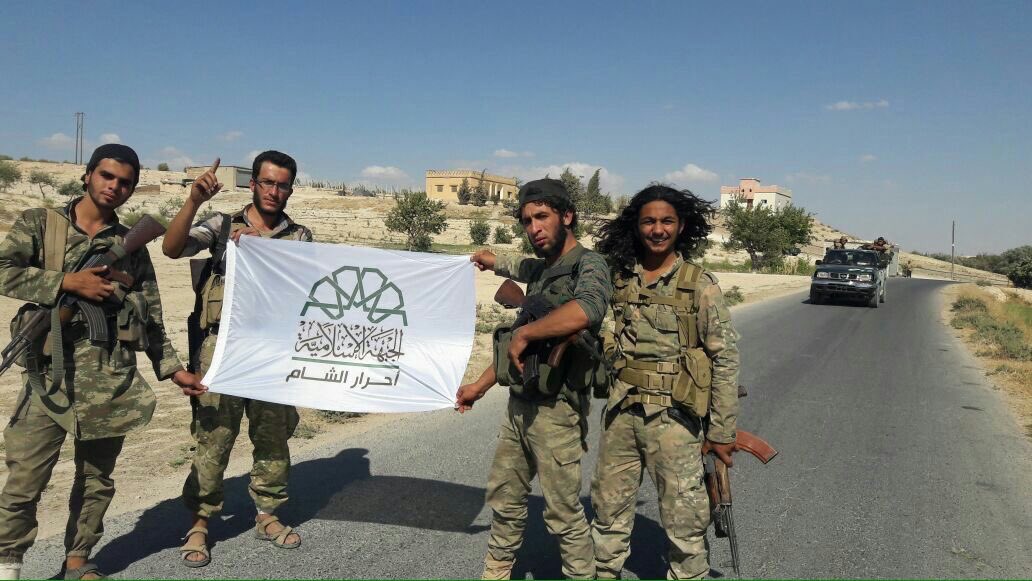 Fighters of “Ahrar al-sham” in al-Rai.

In the ruins of Romouseh.

Us special forces and the Turkish armored vehicles in the al-Rai.