Briefly about the development of the operations of the Turkish army in the area of Jarablus.

1. As the Kurds have refused to leave, today during the day continued clashes between the Turkish army and FSA militants with the forces of YPG/SDF. Turkey used armored vehicles, artillery and aviation, with the support of which today the FSA has moved to the South and South-West of Jarablus, and the Kurds were casualties, including 3 human prisoners. Particularly strong attacks exposed the village of Amarna, which is where you practiced the Turkish F-16 and which were fired at a Turkish destroyer.
The losses of the Turks of accurate information no, although Kurdish sources report that 2 tanks were destroyed/damaged South of Jarablus. Also reported one dead Turkish soldier.It is obvious that Turkey intends to expand its operation significantly South of the border (today in the afternoon in Jarablus observed a large column of tanks and infantry fighting vehicles, which was heading South), so the introduction of additional troops to the load already imposed on Syria seems inevitable, as the forces that Turkey already uses for full control of border areas obviously not enough.

Captured by the YPG fighters captured by FSA militants. 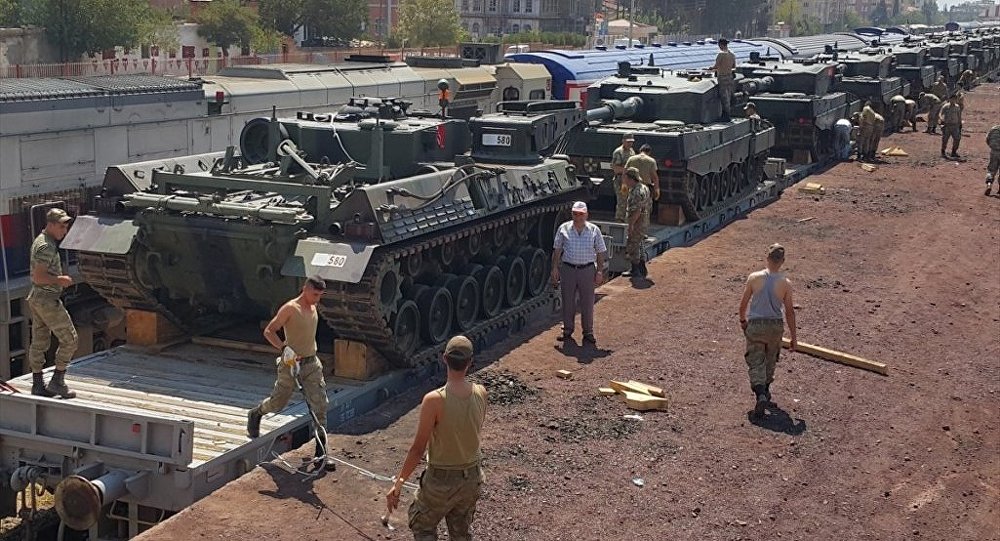 The convoy of tanks passing through Gaziantep toward the Syrian border.

2. Today, Turkish tanks and infantry crossed the Syrian border near Kobane (and this is the area to the East of the Euphrates) and began to build field fortifications near the city. The Kurds organized a rally in the form of a human chain near where you deploy the Turks, but before the collision is not reached.While this is just a hint, but a hint is more than clear – the emergence of the Turkish army near Kobani suggests that Turkey may, in addition to the classes of the cities controlled by the Caliphate, to start to take control of the Kurdish town, which of course will lead to a full-scale war (here depends on how the US can turn a blind eye and how Erdogan yearns for a full-scale war with the Syrian Kurds). 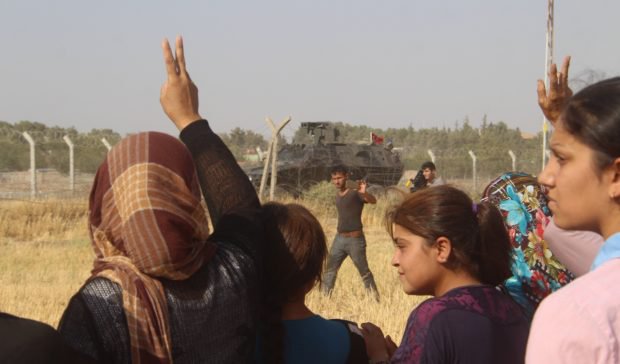 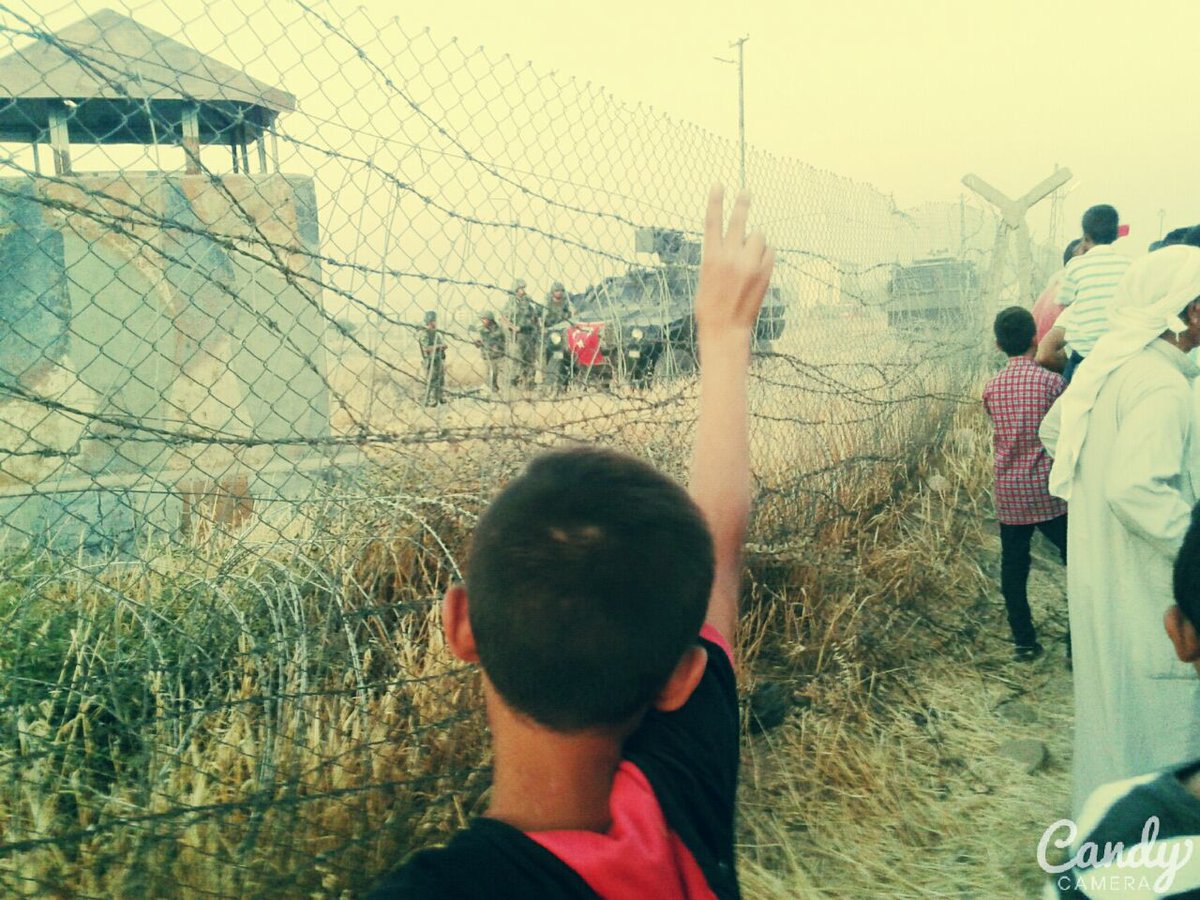 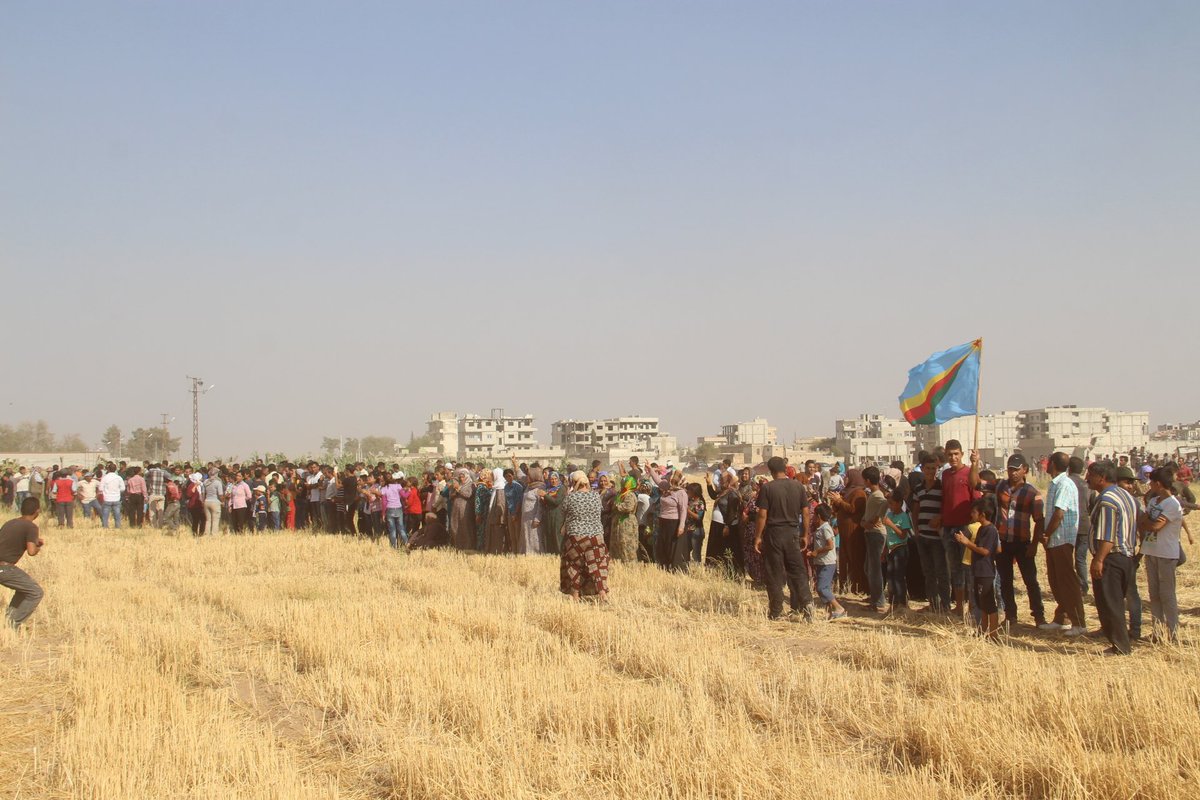 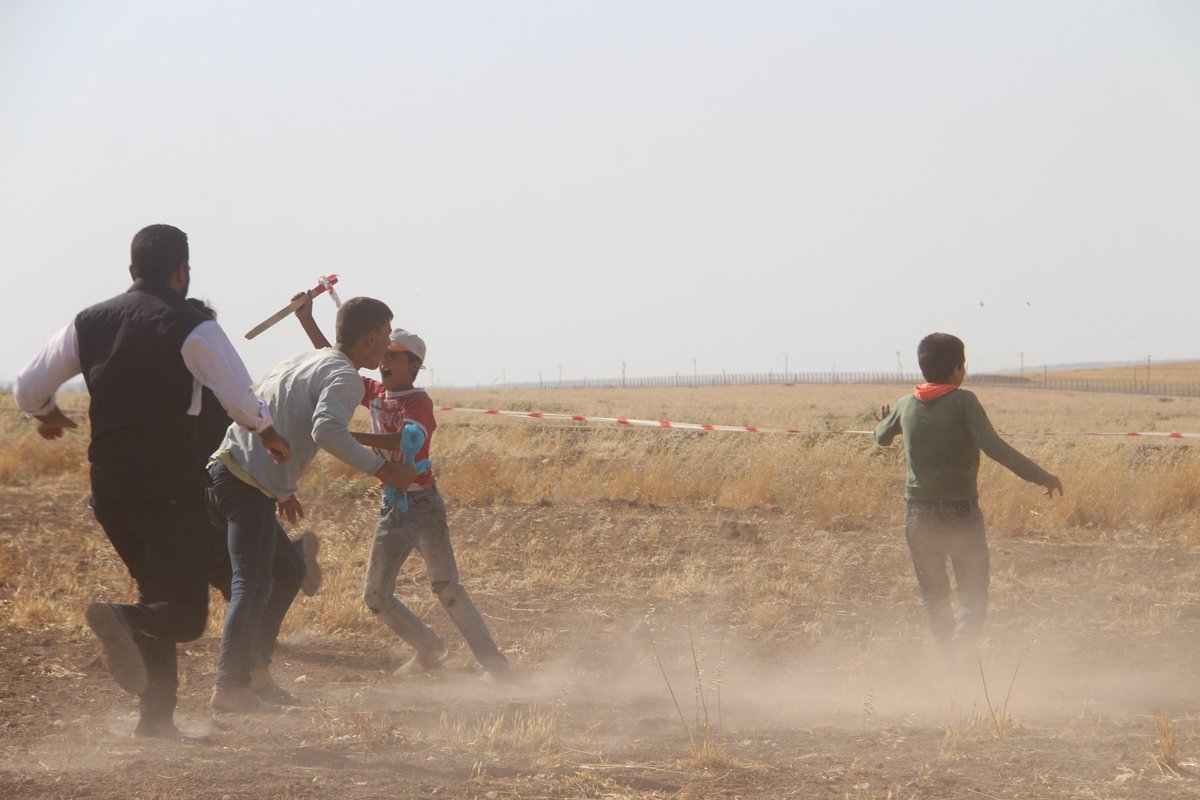 3. In connection with this threat in the territory Rojava and the Canton of Afrin now the Kurds are hurriedly recruiting new troops for a possible war with Turkey. In the Afrin in the formative stage are now 7 infantry battalions. The order of 5-6 battalions should be formed in the province of Hasaka. The main problem of the Kurds lack heavy weapons and the cessation of support from the special forces and the US air force in the event of war with the Turks.To withstand the regular power connections it will be very difficult, especially because bulk supplies of anti-tank weapons in the Syrian Kurdistan were not carried out, so they have to use the little that put the US, as well as trophies captured from the Caliphate and the SAA. But in any case, when you start a full war with Turkey, the Kurds will be very hard, as Turkey objectively has a 2-th power of the army in the region. I believe that the Kurds are now again regret the recent clashes with the SAA in Hasaka. 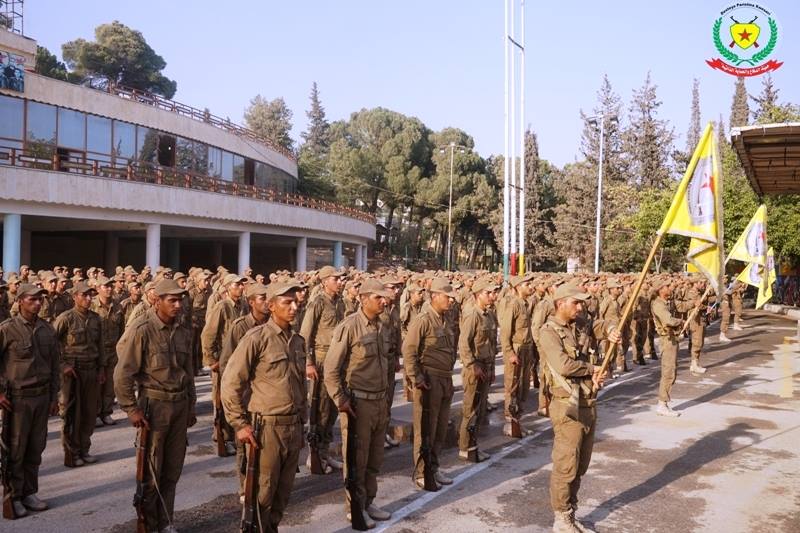 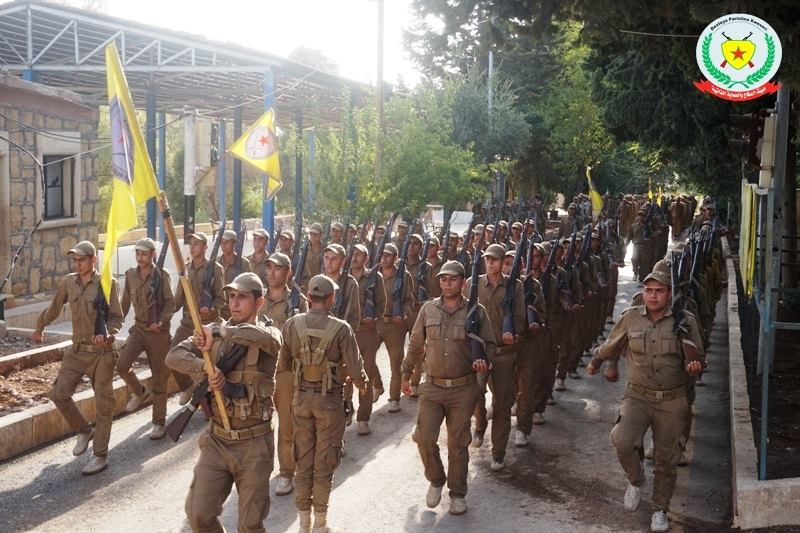 4. The Caliphate continued resistance to the South-West of the line of contact of the Turks and the Kurds. Basically, the militants are limiting the fighting and slowly transfer assets and people close to al-Bab, where they plan to conduct long-term defense, as to the South-East of Jarablus, not much else for them to resist numerically and technically superior forces of the opponents. From immediate defeat of “black” here is saved by the fact that their opponents are actually fighting among themselves, so the Caliphate’s life here still continues. 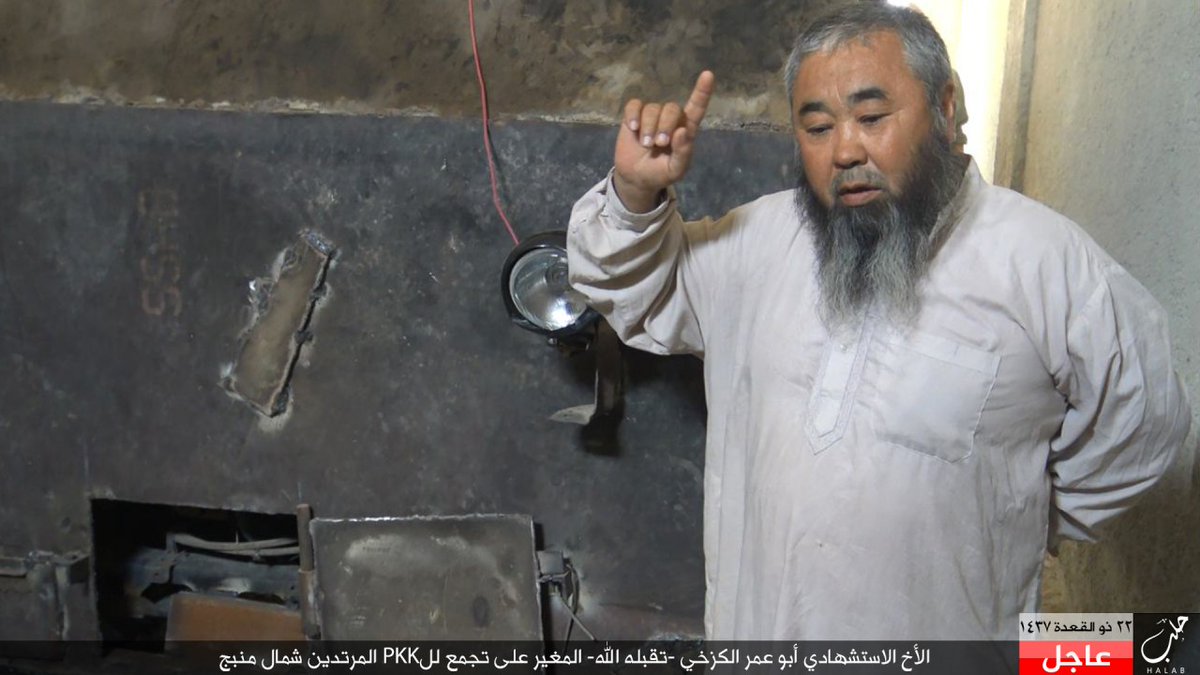 A suicide bomber blew himself for the Caliphate in the heart Manbij. 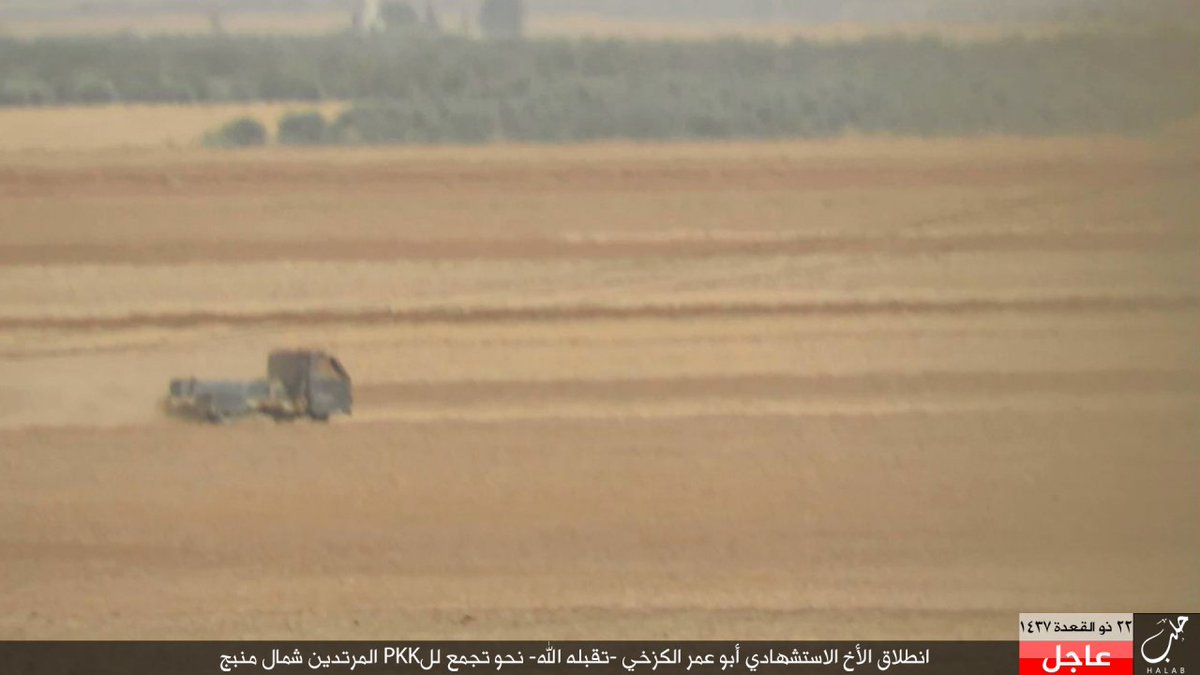 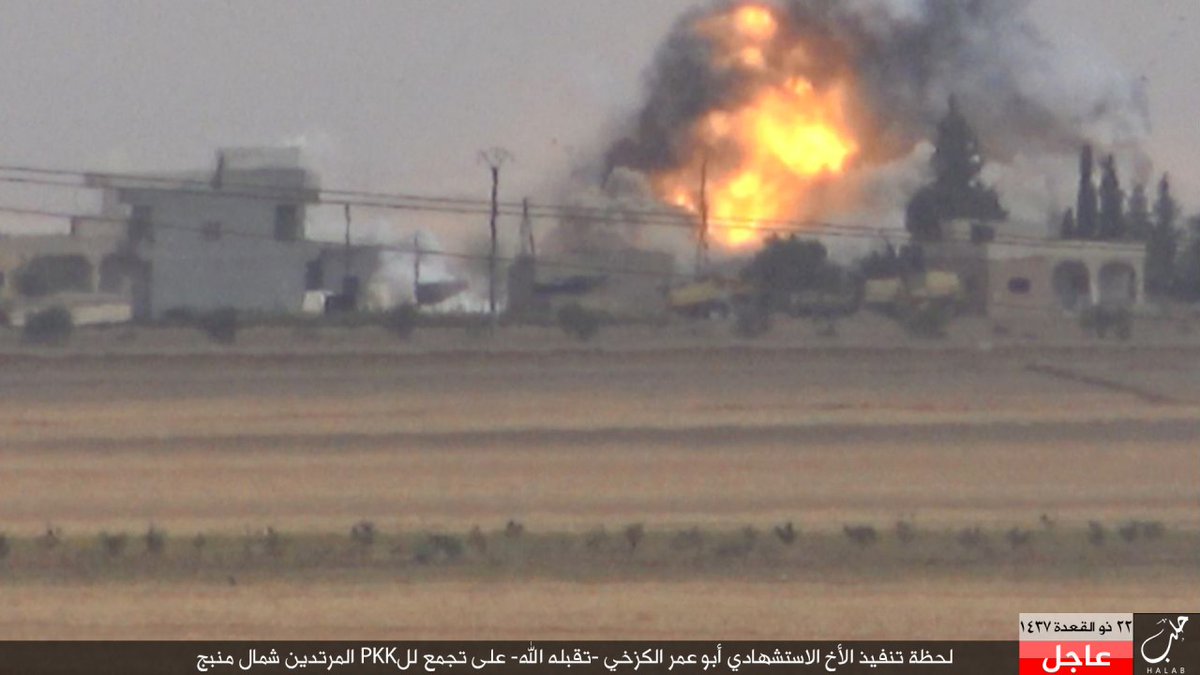 5. On the diplomatic front, after the demonstration of protests and regrets, the Russian-Iranian-Syrian coalition virtually ignores the topic of Turkish operations, which reinforces suspicions on the fact that no Amateur in the behavior of the Turks there is a coherent scenario, where the hands of Erdogan solved certain problems for the Russian coalition in exchange for the opportunity for Erdogan to solve their problem with the Kurds and to increase the loyalty of the armed forces with the help of a “small victorious war” after the failed coup. USA agreeing to major concessions to Turkey, however, does not prevent Erdogan, who received a kind of carte Blanche for operations in Northern Syria, if he again will not spoil relations with Russia or finally does not quarrel with the United States.

The key question now is not whether or when Turkey will leave, but will there be a full-fledged Kurdish-Turkish war in Northern Syria or it will be postponed?