Briefly about the developments in Northern Syria, where the developing operation of the Turkish army “Euphrates shield.

1. Jarablus almost completely controlled by the Turks, although some snipers are “black” there was a shooting today. In the town was a small Turkish military parade.

2. Turkish armored vehicles during the night and in the morning continued to go to Syria and to concentrate in the border areas. In addition, imported ammunition and ammunition for the militants.

3. Advanced militias spread to the South of Jarablus, establish the line of contact with the Kurds. Clashes between Kurds and Pro-Turkish militants yesterday were sporadic.

4. Under US pressure, the Kurds today have been forced to take Manbij, in which power transferred to a certain “local Council”. In the city remain a small force of Kurds under the pretext of “demining”. Expected. what city is the SAA.

5. According to the request of the US, the Kurds of the YPG and PYD have to cease all operations West of the Euphrates, in fact, the Kurds were forced to abandon connections to their territories in Northern Syria.

7. The Caliphate continues to withdraw forces in the South-East and to prepare for the siege of al-Baba. In the city continue to build fortifications, being strengthened and a defensive perimeter around the city.

8. Turkey officially stated that the troops will remain in Syria until the border is fully expelled the Caliphate and while these areas will not take PAS. The transition of these territories under the control of the Kurds Turkey will not allow. 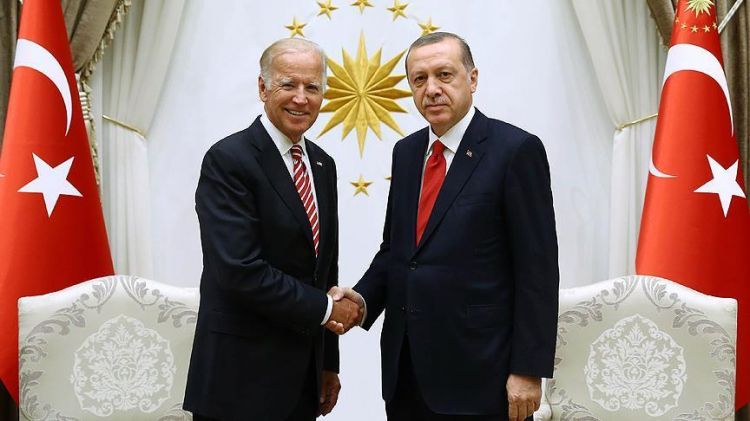 Overall, we see that under the pretext of the fight against the Caliphate, Turkey strongly suppresses the attempts of Kurds to establish their own state in Syria. The U.S., in an attempt to prevent too much Turkey’s rapprochement with Russia and Iran, obviously went to her concessions, sacrificing the interests of the Syrian Kurds for the sake of normalization of relations with Erdogan.

Well, about the role of Russia, it is quite clearly explained in the French Le Monde:

The influence of Russia on the situation in Syria is so great that without at least the tacit consent of Moscow Turkey could not join the strikes against the Islamists, writes Le Monde. However, Turkey largely not involved in the fight against “Islamic state”, and trying to prevent the unification of the Kurds on its borders, the newspaper notes. Never before has Russia not been such a master of the situation in Syria as it is now, writes Le Monde.And so, although Moscow expressed its deep concern over the Turkish intervention in the conflict, it could not occur without at least tacit consent of the Kremlin, especially as the Russian air force controls the skies in the North-West of Syria, the author writes.

Russia in Syria both the military and diplomatic field is still in a position of power, despite reports of the UN on the alleged use by Assad’s forces in the region of chemical weapons. These charges can bring Moscow some difficulties, especially in summer 2013, the Russian President took the initiative that saved the regime of Bashar al-Assad, with the elimination of its chemical arsenals. If this agreement has been violated, it will not remain without consequences, warns edition. The rest of Moscow seems to have all the cards on hand, as expressed by the author.The head of American and Russian diplomacy needs to meet on Friday in Geneva to try to agree on a ceasefire in the region. France also fears that Russia supports the increasing strikes of Assad, which causes them to militants to regain control of Aleppo. At the same time, and Paris, and the Arab countries criticize the US for the lack of resolution and because supposedly they are only interested in the fight against extremists, and a more serious intervention they consider too risky.

Washington and Paris, welcomed the strengthening of the struggle of the Turkish authorities against the “Islamic state” though everyone understands that their real goal is not to give the Kurds to unite on the border with Turkey, not to fight against the jihadists. Accelerated meeting of Putin and Erdogan rethinking Turkey’s Syrian policy is beginning to bear fruit, writes the edition. Initially, Turkey loudly advocated the removal of Bashar al-Assad from power.Now the tone has changed: Assad in Turkey called “one of the characters in war and necessary party in the negotiations, although in the future of Syria, its role is still not recognized. Intensive negotiations, Ankara became the lead and with two other allies of Damascus, Moscow and Tehran, and they are even talking about the possibility of cooperation in the preparation of a road map to exit the crisis.
By the way, says Le Monde, Moscow time disown relations with the Kurds, although, according to the publication, one time even supplied them with weapons. “Although Moscow hopes to keep in the sleeve of this card, the reconciliation with Turkey, probably, will be partially behind the Kurds,” writes the author.

The bottom line is, as soon as the US lit Kurdish ambitions and intentions to destroy the territorial integrity of Syria, after negotiations of Turkey with Russia and Iran, followed by countermeasures aimed at stopping this threat, opposed by Russia, Syria and Turkey. Hands between Erdogan’s Kurdish regions put a block of Pro-Turkish militants. Actually Assad has nothing to lose, since we are talking about the territory which he controls not just the territory under the control of the Kurds and Caliphate redistributed “green”, simultaneously weakening their position in Latakia and Idlib.For the United States is also not a big loss, as for Kurds, they are initially treated as an expendable. The main losers from these underhanded schemes is the Kurds and the Caliphate. The first one is actually deprived of the territorial basis on which they could proclaim the great Syrian Kurdistan, while their demonstration was forced to hand over Manbij, which they stormed 75 days and losing hundreds of men killed. Now the city is forced to pass Pro-Turkish militants who stormed it any day and that is not the fact that they would be able to take it themselves.That’s a shame for Kurds that pill, which the US forced them to swallow. “Black” is simply asked to withdraw from North Syria and in this respect they are finally at the strategic level to shake the effects of situational agreements between the enemies of the Caliphate, which in 2013-2015 “black” such a rash have produced.