A full summary of the event on the evening will not do that, because fundamental changes not very much.

1. Airstrikes continued during the day, and they are not increased in the corridor, and the communications to him going, as well as in the district of Rashidin and the school of hikmah. Sources on both sides say that the intensity of attacks in recent days has increased.

3. South of Aleppo, rebels continue to retain tal-Mahrukat and Amiria. North quarry South of artillery base occupied by militants. The South – empty.

4. The propaganda of the militants aren’t stopped rolling in triumphant and threats “to take over Aleppo, and stronger spins the topic of a humanitarian catastrophe and the need to cooperate with the UN. Apparently, something went wrong.

5. In General, the battles yet to occur in the positional phase. More deployed on the front line will paint tomorrow night’s broadcast.

In the rest of Syria: 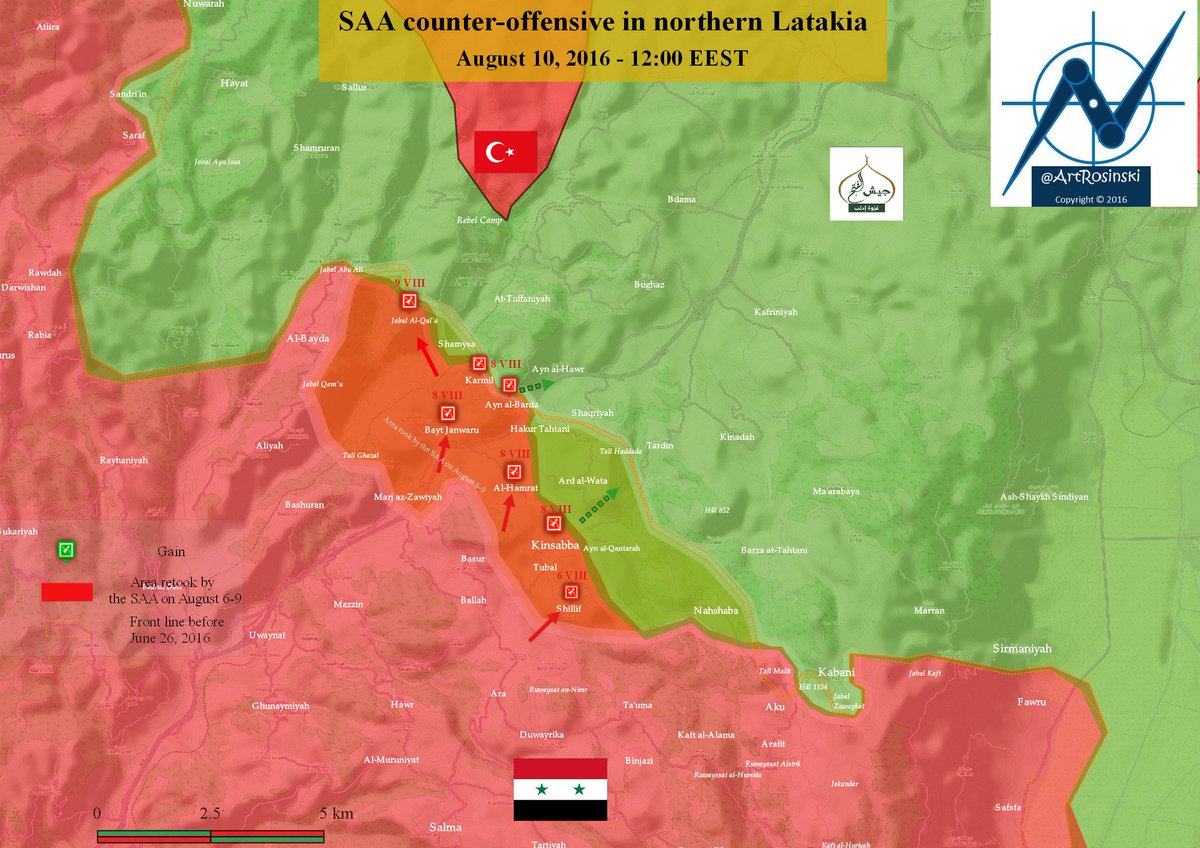 In Latakia, the SAA after advancing following the occupation of Kisaba, repelled the counter-attack fighters and continues to slowly move forward. According to various sources the “green” in the course of yesterday’s and today’s attacks lost from 80 to 130 people killed and several carts. It should be noted that the front in Northern Latakia fighters are pretty weak, due to the fact that a serious force was taken from him and thrown to storm Aleppo. That quite quickly and affected.

Rapid March of the shots they never expected, so we continue to watch as SAA slowly but surely approaching the border. Well, how to behave in Turkey in this issue, we will soon see. I believe that if Erdogan will not be too much to help the rebels, then within 1-2 months the army is quite capable to strip North of Latakia. 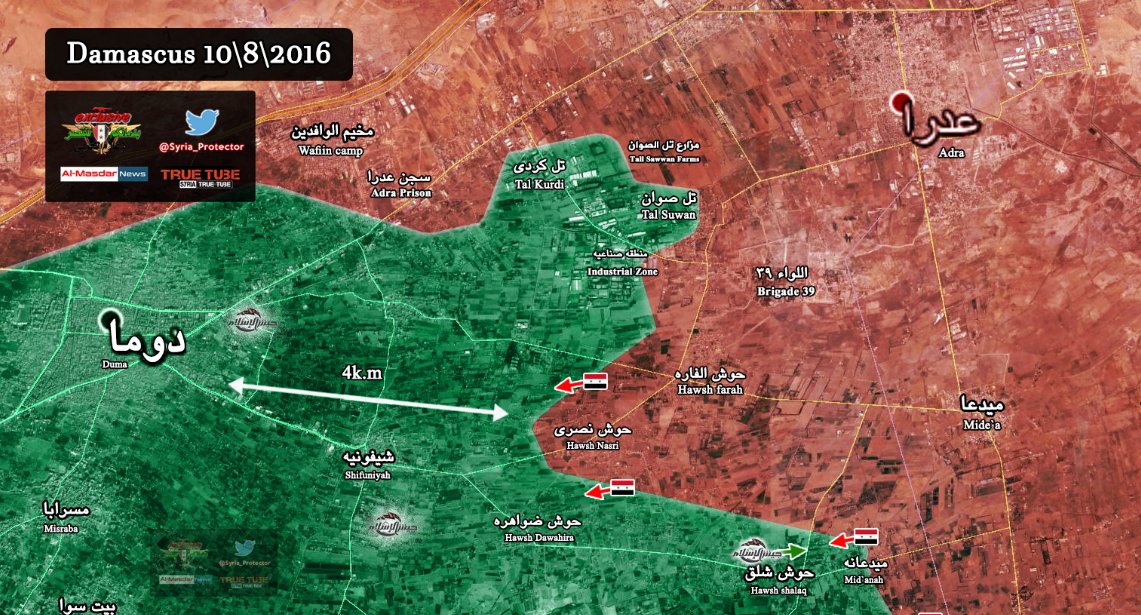 The same army under the guise of the battle for Aleppo had chewed off a piece of the militants in Eastern ghouta, and before the Duma remained about 4 miles away. From the front to break through the defense fighters there for a long time does not work, maybe approach from the other side will be more successful. It’s certainly not so noticeable, but since may this year, green enclave near Damascus have significantly decreased in size. Were reduced and the enclave in Darayya, where in the course of street fighting in early August, the SAA overcame rebels are quite a significant chunk of urban development. As in Latakia, there will not be fast, but the dynamics of Assad is a positive.

Well, it may be noted that the militants have pressed Suweida. The description of the fighting here https://www.almasdarnews.com/article/syrian-army-recaptures-lost-territory-isis-northeast-sweida/

More problems under the Deir ez-Zor and to the North of Palmyra. The Caliphate is the fact that SAA now leads the battle for Aleppo and is still a bunch of offensive operations, is at it again. Since the beginning of August came the attack on Deir-ez-Zor as in the area of the airbase and along the river from the North-West. They “black” as it often happens here … The SAA has kept the defense and even overcame the “black” positions in the North of the enclave. During the fighting in the city killed 40 civilians.

It should be noted that videoconferencing despite the workload in other areas, find time to be bombed and alifatica + military transport aircraft of the Russian Federation continue to drop in the enclave of various cargoes, including ammunition and medical supplies.

To the North of Palmyra, the Caliphate continues to advance from the desert to the road of HOMS-Palmyra and to tadmur. The battles are quite tense, which makes it necessary to use there are long-range aircraft to counter the activity of “black”. Black claimed that in the last days of the SAA here have lost up to 40 killed and 2 armored vehicles. The Caliphate lost about 30 in killed, but this does not include other fighting in the East of HOMS province, where the SAA had some tactical successes.
It is quite understandable desire of the SAA to fend off “black” the existing forces, so as not to stretch scant reserves and down – reserves are now under Aleppo’s needed, but because of the lack of a solid front line, cannot exclude attempts of a breakthrough militants to the road of HOMS-Palmyra and Tadmor district. On the PAL they are certainly unlikely to pull, but to create problems for the supply, can. So it is possible that the activity of the Caliphate will be forced to send over some reinforcements (maybe something will provide the troops to hold the ring around Rustavskogo boiler).
It should also be noted that the Caliphate in spite of the generally unfortunate course of the war in recent months (where in addition to the foiled attacks of the Kurds and SAA in Raqqa nothing special to remember), does not waive offensive tactics, continuing to seek happiness in the attacking third. In General, the area of Palmyra and Deir-ez-Zor remains a certain tension, but insoluble problems as yet. 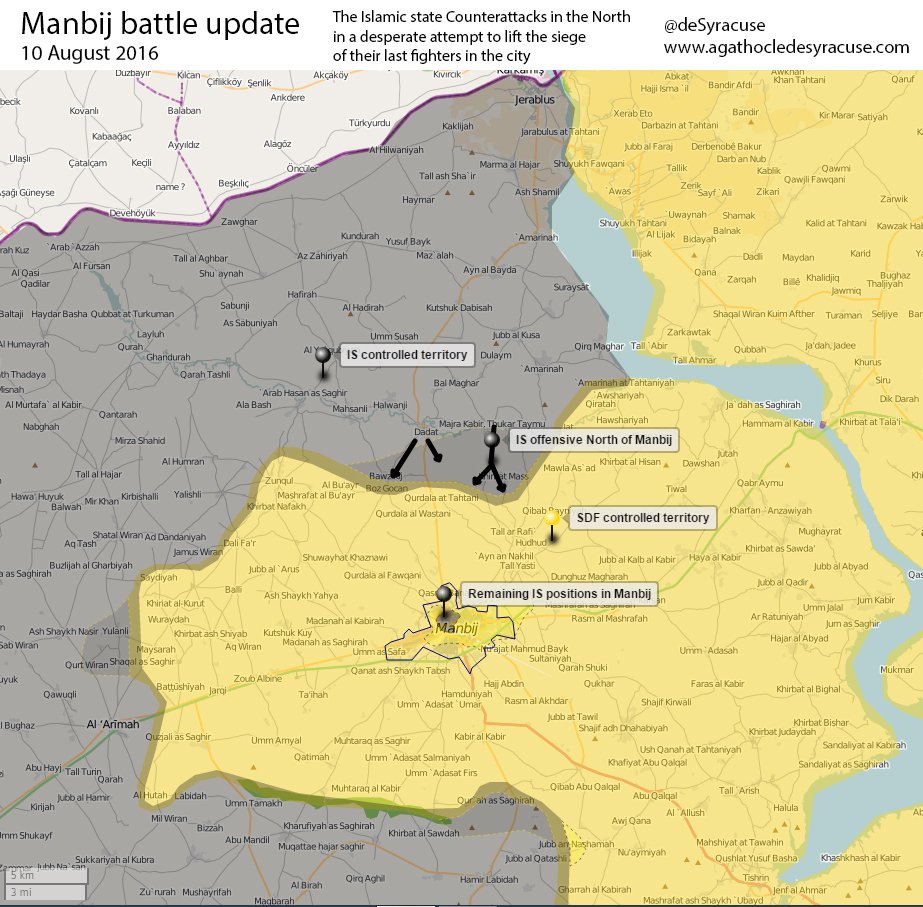 About the assault Manbij, which is still not taken – will be a separate material, just 2 months from the beginning of the storm marks (like the storming of Sirte in Libya), and yet it is worth noting that the Kurds control more than 90% of the city, but the Caliphate today rushed in a desperate attack to the North of Manbij hoping to release the city. The chances that they are not very much, although the Kurds today they were able to oust a few. 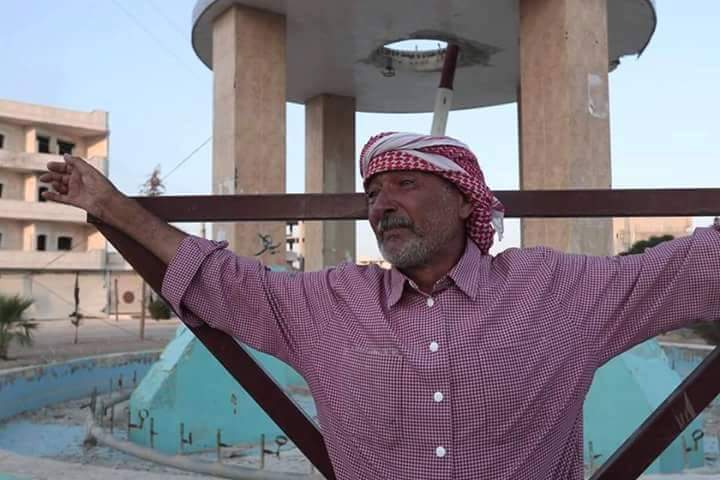 Strong frame of Manbij. The father stands on the spot and in the same position where 2 years ago the militants of the Caliphate was crucified his son. 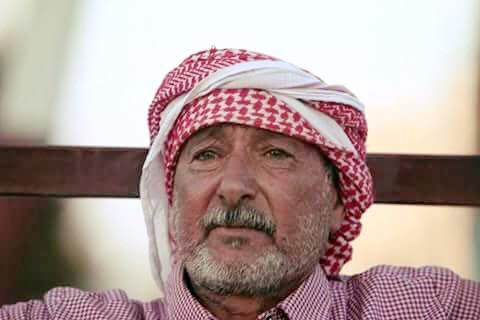 It is also worth noting that the Turkish border Caliphate repel the attacks of the “green” on the outskirts of al-Rai where he was already a couple of times drove. Let’s see how will be this time.

Plus a formal briefing from the Main operations Directorate of the General staff.